Accessibility links
Raising Free-Range Kids In An Age Of Helicopter Parenting Is Tough : Shots - Health News Research suggests kids who have more freedom and independence grow up to be less anxious and depressed. But in the age of helicopter parenting, giving kids freedom to roam can be difficult. 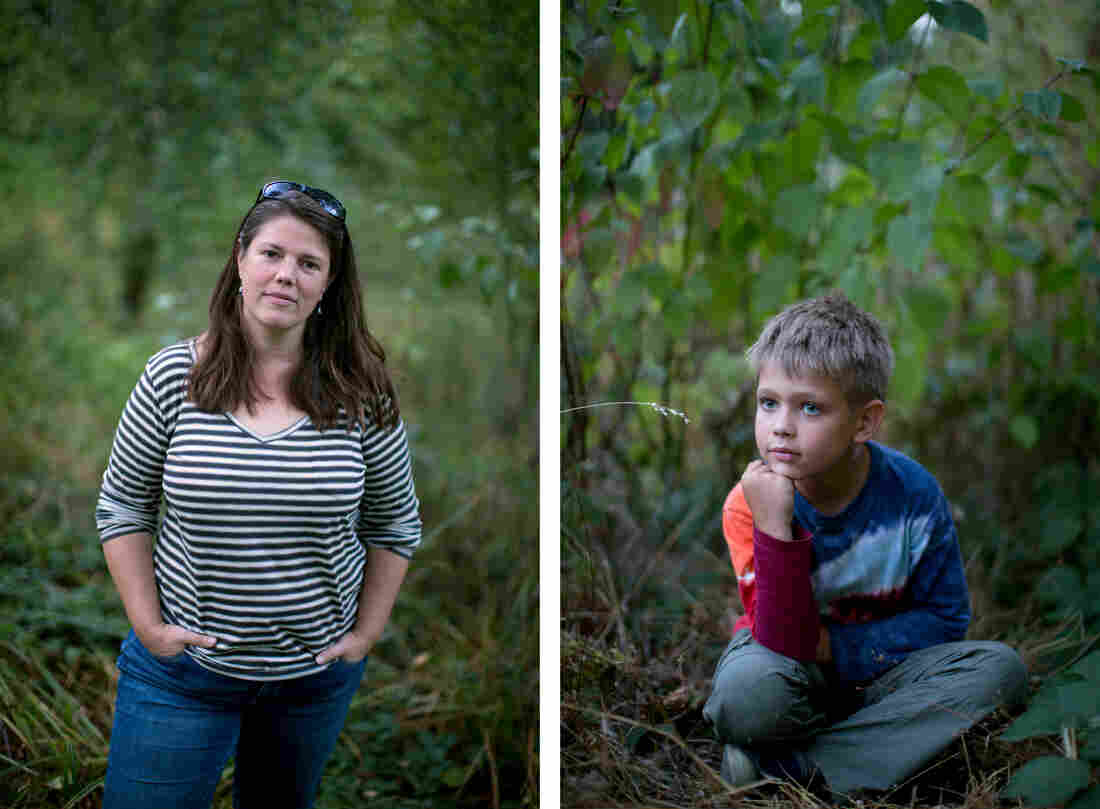 Laura Randall, pictured at Mill Pond Park in Portland, gives her son, Matthew Randall, 7, a lot of freedom to explore on his own. Beth Nakamura for NPR hide caption 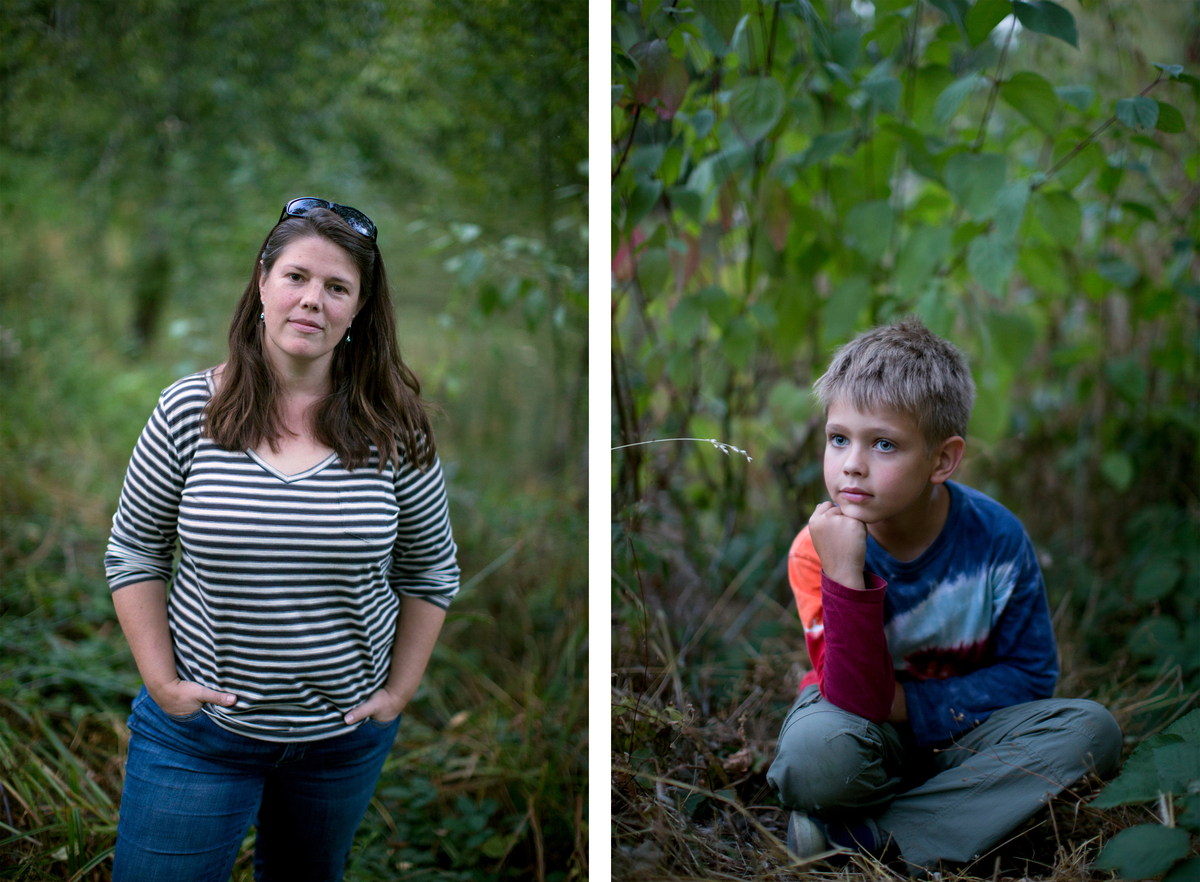 Laura Randall, pictured at Mill Pond Park in Portland, gives her son, Matthew Randall, 7, a lot of freedom to explore on his own.

Walking through the woods alone can be a scary prospect for a kid, but not for 7-year-old Matthew of Portland, Oregon. He doesn't have much of a backyard at his condo, so the woods behind his house essentially serve the same purpose. He spends hours out there: swinging on a tire swing, tromping across the ravine to a friend's house, and using garden shears to cut a path. He lays down sticks to form a bridge across the small stream that flows in the winter.

And he does all of this without any adult supervision.

Matthew's mom, Laura Randall, wants her son to gain the sort of skills and confidence that only come with doing things yourself. But she didn't just toss her 7-year-old out the door with some hiking boots and garden shears one day. They worked up to it gradually with what Randall calls "experiments in independence."

What Kind Of Parent Are You? The Debate Over 'Free-Range' Parenting

"Just those moments, incrementally bigger moments, where he can choose to be on his own," Randall explains. Randall knows this isn't the norm for today's parenting style, where kids are shuttled from one supervised, structured activity to another. Gone are the days where kids ride their bikes alone until the streetlights come on.

And Randall has encountered people who think she's a bad parent — like the man who identified himself as an off-duty police officer, and started yelling at her when she left Matthew alone in the car for a few minutes while she ran into the pharmacy to pick up a prescription. 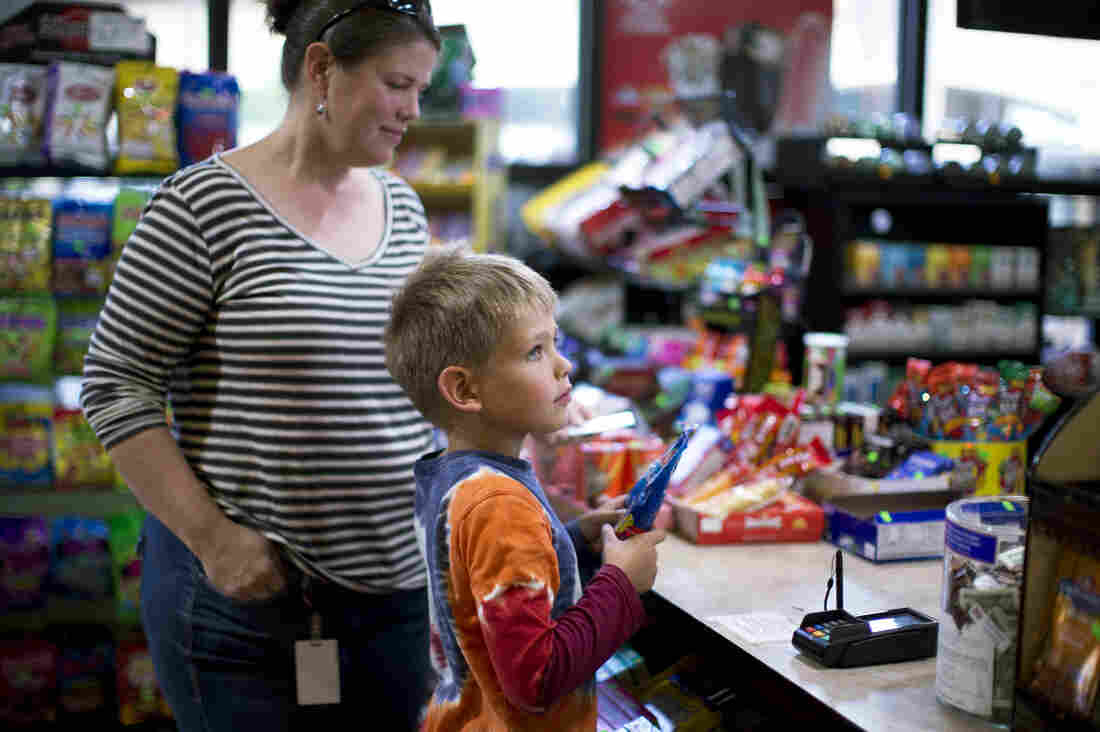 Matthew makes a transaction at the counter of a local market in his neighborhood. Beth Nakamura for NPR hide caption

Randall knows that parents in several states have been arrested for leaving kids unattended, for letting them walk to the park on their own, or even allowing them walk to school. And so she was worried about what this man might do.

They talked it out, and the man eventually threw up his hands and walked away. Randall's heart was pounding, but she felt confident defending her parenting — partly because she had connected with a group called Free Range Kids, which promotes childhood independence, and gives families the information they need to push back against a culture of overprotection. Its founder is Lenore Skenazy.

"This very pessimistic, fearful way of looking at childhood isn't based in reality," Skenazy explains. "It is something that we have been taught."

For years, Skenazy sought to correct the misconception of childhood dangers — telling parents that childhood abductions and murders are at record lows, even as perceptions of danger have risen. 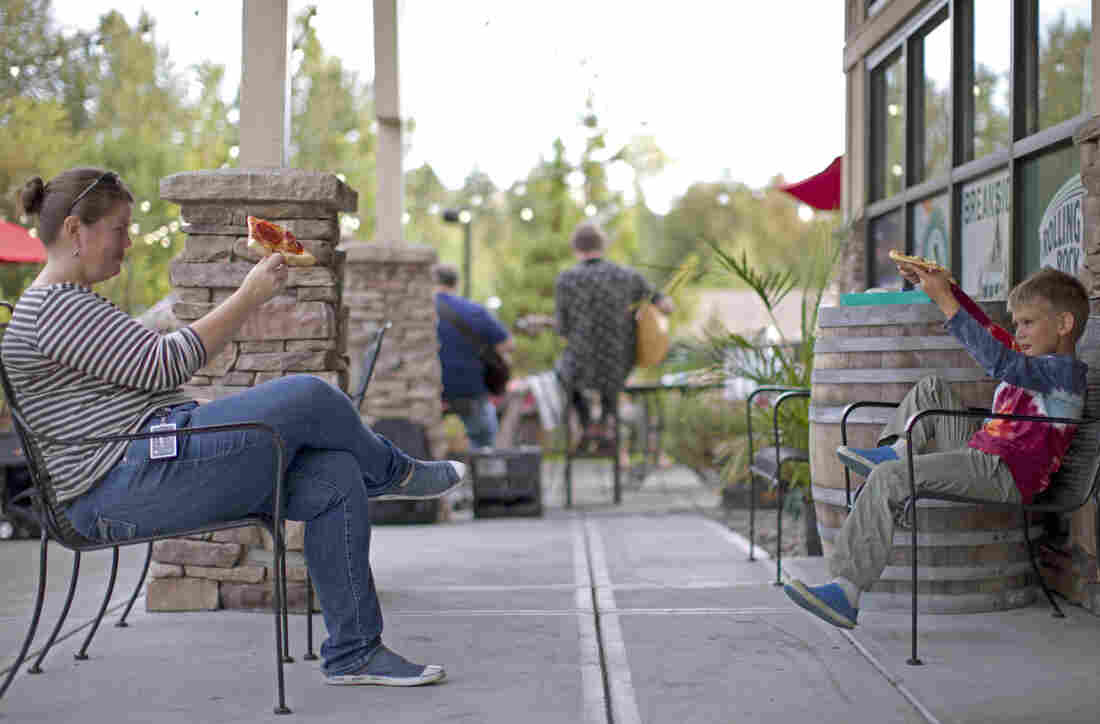 Laura Randall and her son, Matthew, 7, toast each other with pizza on a recent weeknight in their neighborhood. Beth Nakamura for NPR hide caption 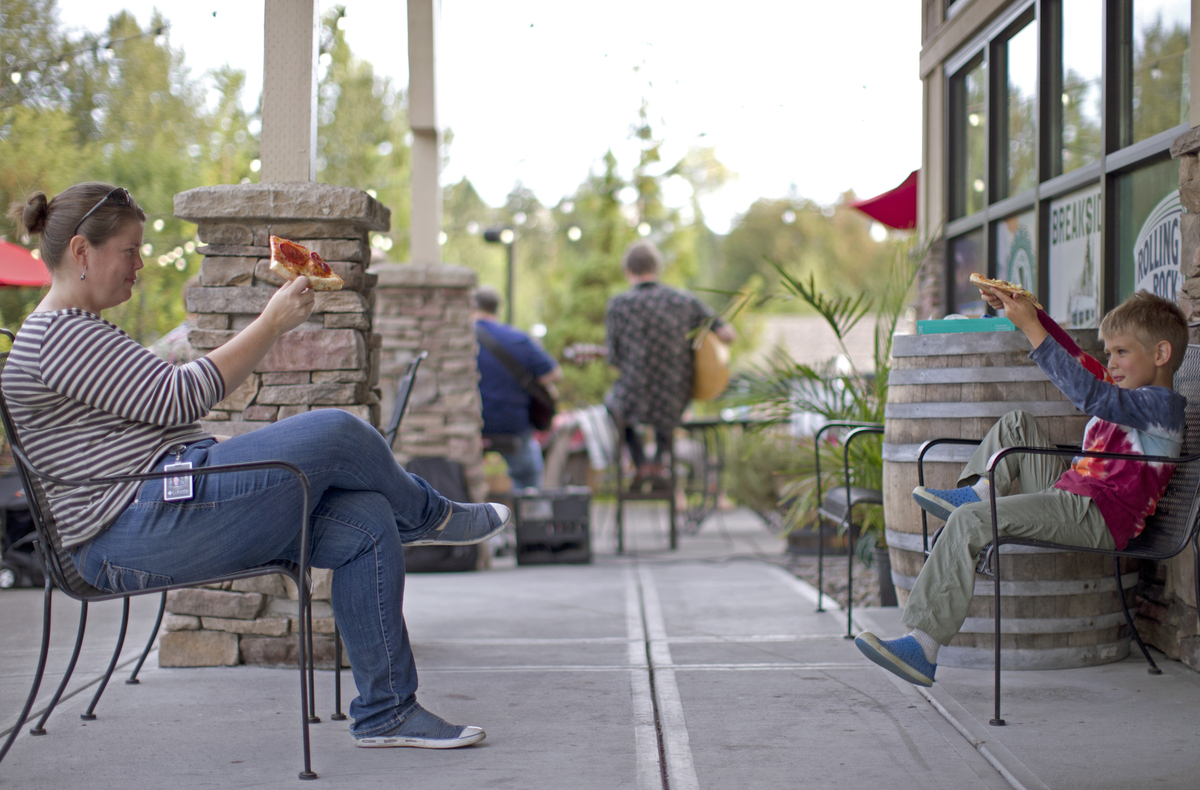 Laura Randall and her son, Matthew, 7, toast each other with pizza on a recent weeknight in their neighborhood.

But even as she talked about the benefits of giving kids independence, of free time, and of self-directed play, she realized that addressing the individual parents was only half the battle. Because even if they have the facts, parents could still feel uncomfortable if they're the only ones affording their kids these freedoms. Also, it could get lonely being the only kid riding your bike down the street.

"You send your kid outside and there's nobody out there for them to play with — they're gonna come right back in," Skenazy laughs. "Because there is somebody to play with if they're online."

Skenazy set out not just to change parents' minds, but the culture at large. And founded a project called Let Grow.

While its goal is a cultural shift, its methods are almost laughably simple. Let Grow is reaching out to elementary schools across the country to assign kids the Let Grow project as homework. Participating kids decide to do something on their own that they haven't done before — whether it's walking the dog around the block, or making dinner, or walking a few aisles over in the supermarket to get some eggs. The schools also set up "Let Grow play clubs" — mixed ages, no structure, and no adult direction. Just free, child-led play.

Lori Koerner is the principal at Tremont Elementary in Long Island, one of a dozen New York schools piloting the project. She said that they saw a direct effect in the classroom. "The children were just more self-assured, and confident." 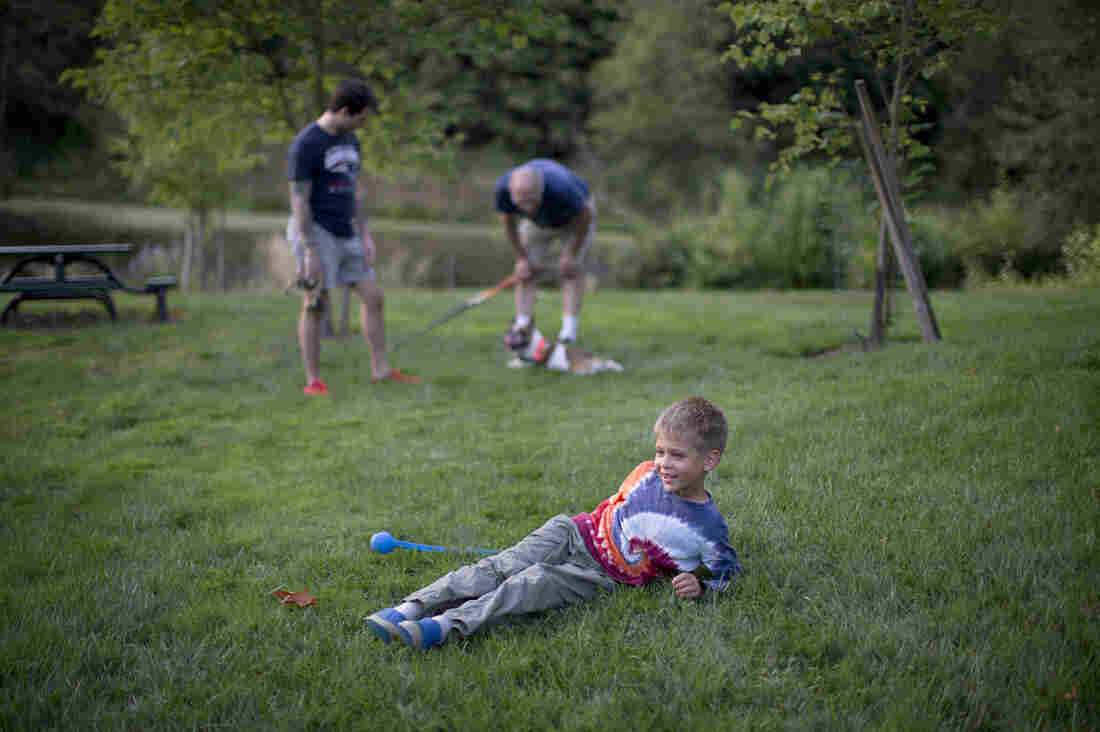 At the park, Matthew went off on his own, and encountered two men and their dogs. He asked the men if he could play with them and they said yes. Beth Nakamura for NPR hide caption 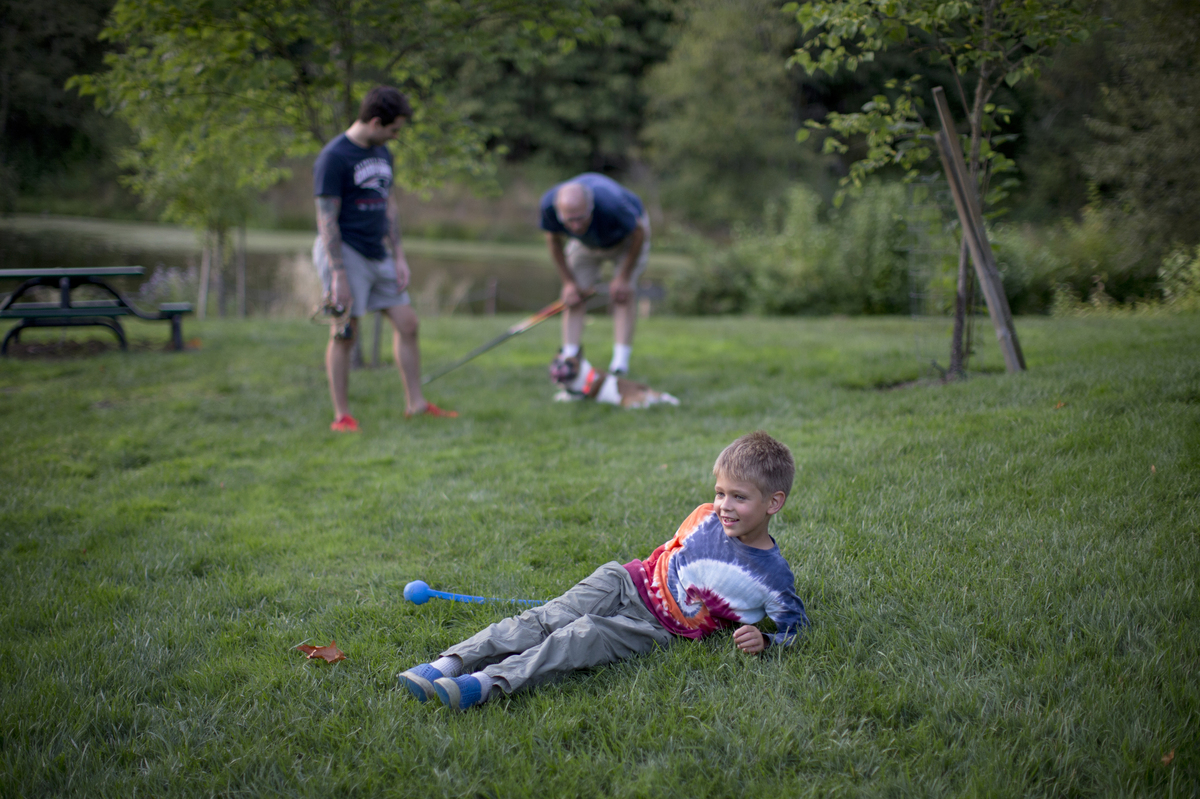 At the park, Matthew went off on his own, and encountered two men and their dogs. He asked the men if he could play with them and they said yes.

Koerner says with Let Grow, kids discover skills and abilities they didn't know they had. And they also discover what it's like to fail. While on the surface might not sound all that appealing, failure is how kids learn how to overcome obstacles, try out new ideas, and become resilient. It's also how adults learn as well — ask any CEO.)

"If we don't offer them these opportunities to communicate, to collaborate, to problem-solve, then how can they be successful in a global society?" Koerner asks.

According to psychologists, that's an important question. Dr. Peter Gray, research professor at Boston College who focuses on child play, says that erring on the side of caution isn't helping children. By trying to give kids a leg up, scheduling every free minute with karate or Little League or music lessons, parents are in fact doing them enormous harm.

Gray says that over the past 50 years, as we've seen a decline in children's freedom, we've seen an increase in responses on standardized questionnaires that indicate both depression and anxiety disorders. Specifically, an eight-fold increase on depression, and five-to-ten-fold increase on generalized anxiety disorder. Gray notes that this is just a correlation, and he's looked at many possible explanations.

"It doesn't correlate with economic cycles, wars, or divorce rates. But it correlates very well with the decline of children's freedom to play." 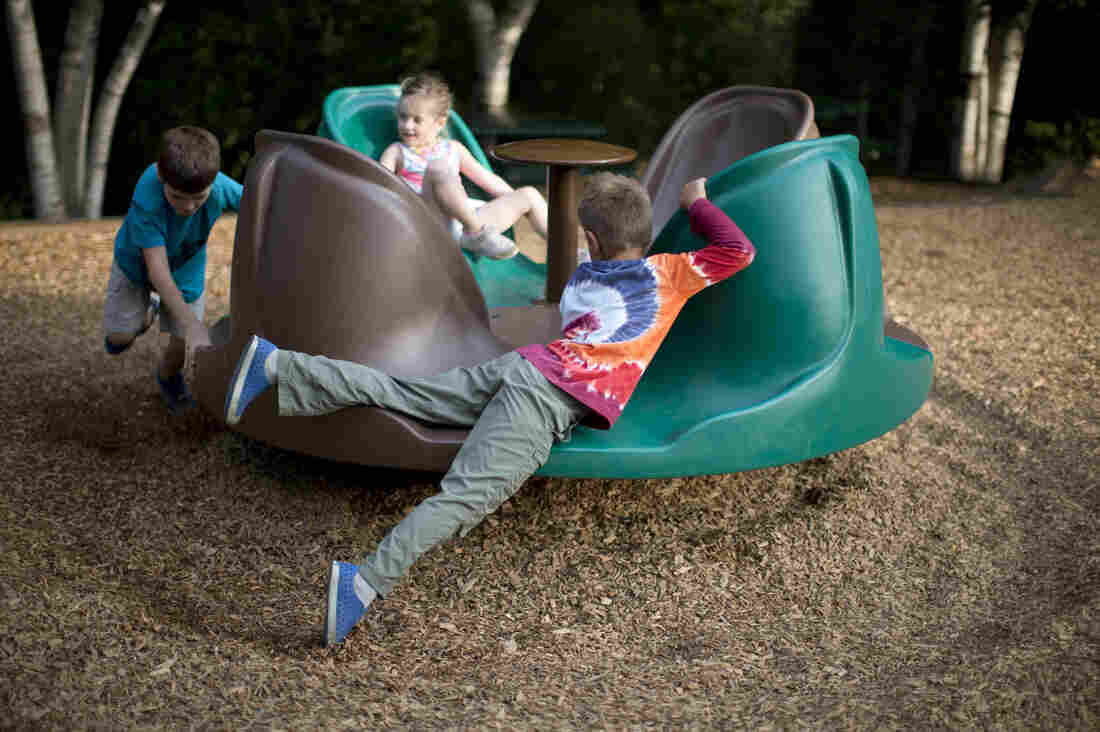 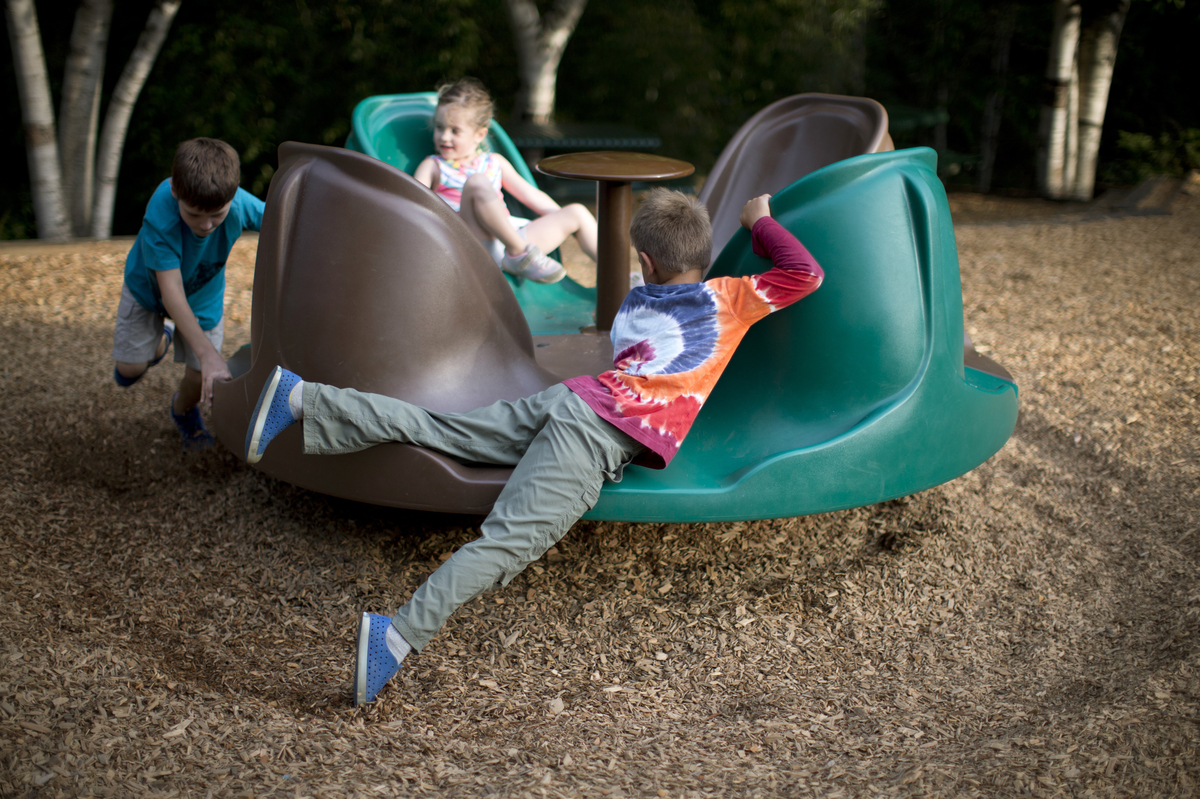 Matthew plays on the playground structure at Mill Pond Park in Portland.

To Gray, this makes perfect sense. Especially when you consider that not having control of their decisions and life creates an external rather than internal locus of control.

Putting kids in control helps them learn to solve problems, and cope better in new environments. Gray says animal studies even indicate that free play can promote pathways in the prefrontal cortex, strengthening control over the emotion-eliciting areas of the limbic system.

For parents, like Laura Randall, it's all part of the goal of parenting.

"There's the short game, where you're sort of doing the best you can in the moment," Randall explains. "But there's the long game. And there's paying attention to allowing a little risk, because it will pay off in the long run."

Randall understands that life has real risks. But so does getting in a car. And most of us still do it every day, because that's how to get where we want to go. For her son Matthew to become a confident, competent adult, Randall wants him to go outside, make his own mistakes, and figure things out. And she hopes he won't be the only kid out there doing it. 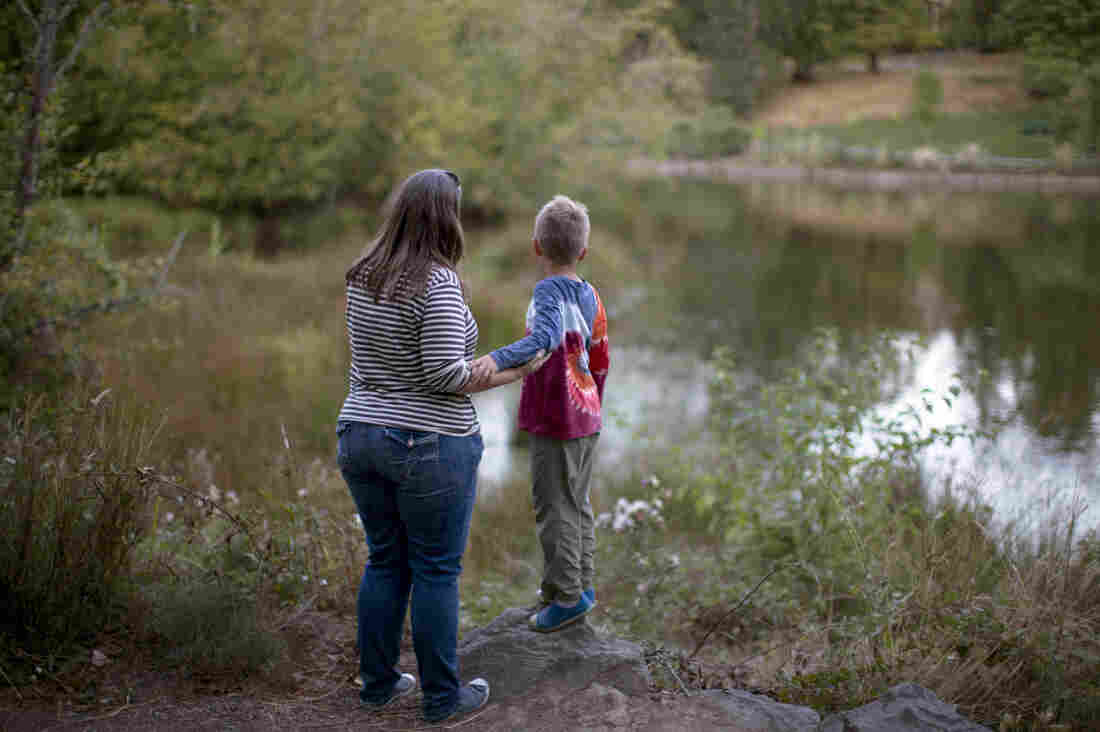 Matthew Randall, 7, and his mother, Laura, look at a beaver in the water at Mill Pond Park in Portland, Oregon. Beth Nakamura for NPR hide caption 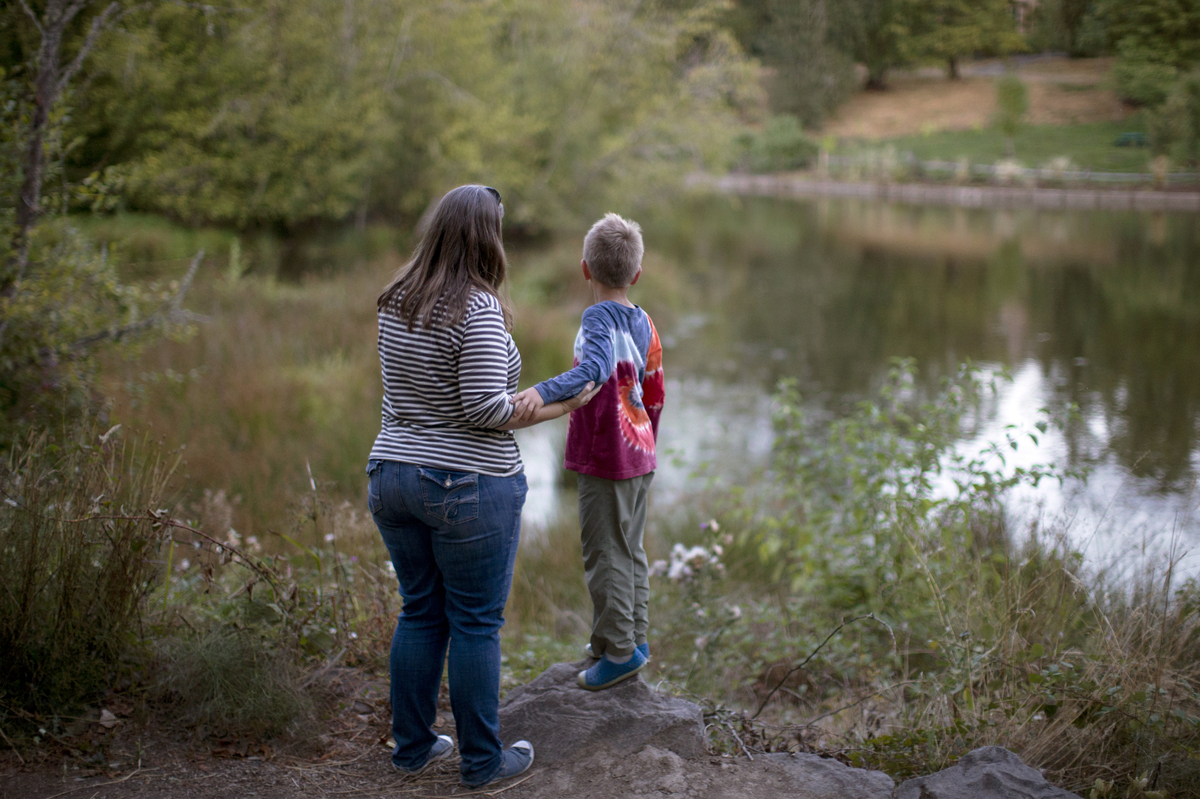 Matthew Randall, 7, and his mother, Laura, look at a beaver in the water at Mill Pond Park in Portland, Oregon.