Accessibility links
Health Insurance Premiums On Marketplaces Are Settling Down : Shots - Health News In signs the health care market may be maturing, an analysis of insurance filings shows premiums will rise less than 4 percent on average and companies plan to market more policies in more places. 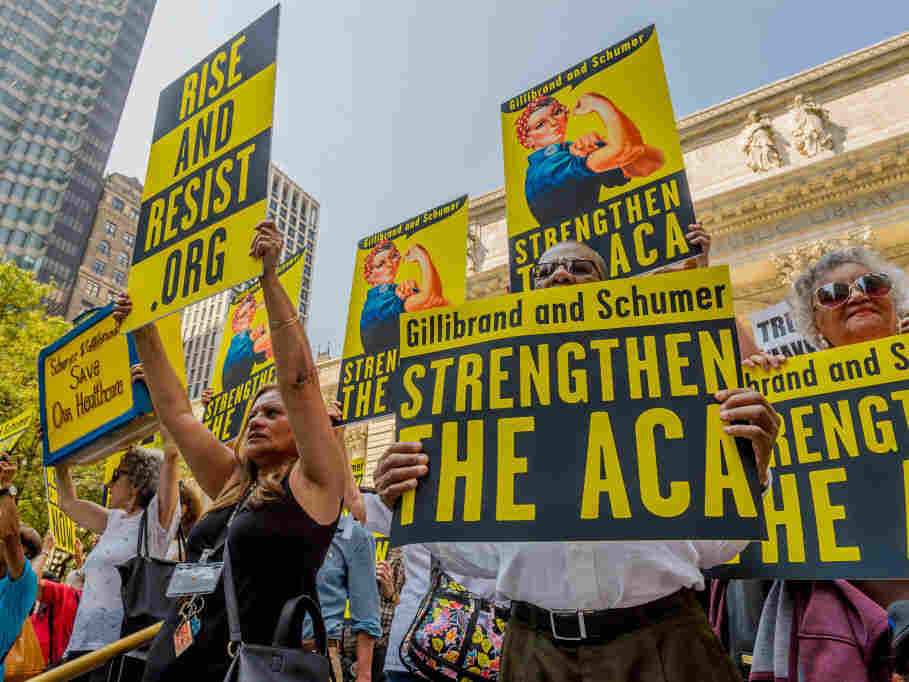 Despite the political uncertainties, insurance companies have started to learn how to make a profit on the plans they offer through the Affordable Care Act. Erik McGregor/Pacific Press/LightRocket via Getty Images hide caption 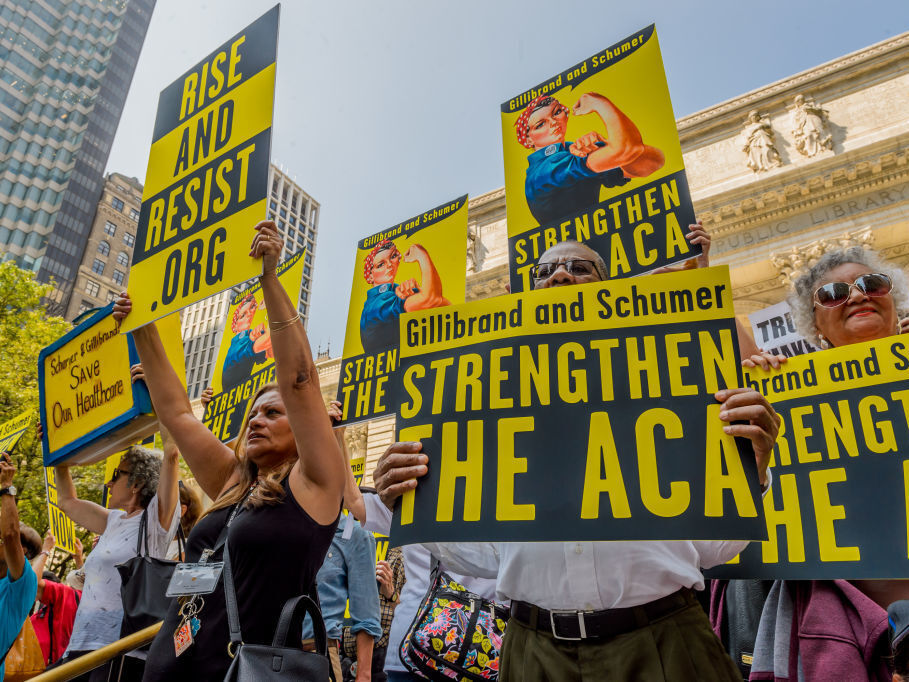 Despite the political uncertainties, insurance companies have started to learn how to make a profit on the plans they offer through the Affordable Care Act.

Consumers who buy insurance through the Affordable Care Act markets may be pleasantly surprised this fall as average premiums are forecast to rise much less than in recent years.

The price of a 2019 policy sold on the ACA exchanges will increase less than 4 percent, according to an analysis of preliminary filings from insurers in all 50 states by ACASignups.net, a website and blog run by analyst Charles Gaba that tracks ACA enrollment and insurer participation.

And those insurers are expanding their offerings.

"The news about the marketplace this year is very good, both in terms of the premium increase and extent of carrier participation," says Katherine Hempstead, a senior policy adviser at the Robert Wood Johnson Foundation. (The foundation supports NPR's health care coverage.)

She says premiums overall are rising at about the same rates as medical inflation. That modest rise for insurance is a big change from the last few years when prices rose in the double digits.

For example, the cost of a bronze policy, which is intended to cover about 60 percent of a person's health costs, rose 17 percent from 2017 to 2018. And the cost of the more popular, and more generous, silver plan rose 32 percent in the same time frame.

"We're seeing that double-digit kinds of increases are occurring in a small handful of states, but they're definitely the exceptions," says Hempstead.

For example, premium prices in Kentucky and Connecticut are both forecast to rise an average 12 percent, according to ACASignups.net.

"In quite a few states, we're actually seeing premiums going down," she says.

In New Hampshire, prices are expected to fall about 13 percent, and in Tennessee they could drop 11 percent, according to the analysis.

Insurance companies are also expanding into new markets, says Hempstead, who has been tracking what policies companies plan to offer in various counties.

The upstart health insurer Oscar, which got into the insurance business specifically to serve ACA markets, is expanding to Florida, Michigan and Arizona.

The insurer Wellmark, which abandoned the ACA market in Iowa last year, is returning.

Hempstead says the increased offerings are a sign that the market is maturing.

"After a very ... tortured birth and infancy, it sort of seems like the market is in some ways at a very stable place right now," she says.

She says insurance companies have figured out how to make a profit from the policies they sell on the ACA exchanges.

But the news could be better, Gaba says.

Premiums would actually be falling next year but for the actions of the Trump administration and Republicans in Congress that have weakened the ACA law itself and its markets, Gaba says.

Those actions include getting rid of the tax penalty for people who don't buy health insurance, refusing to reimburse insurance companies for discounts they are required by law to offer to low-income customers, and encouraging insurers to sell stripped-down, short-term insurance. Those moves are draining healthy young people out of the ACA market.

Gaba says some states have managed to lower their premiums by adding a state-level individual mandate requiring people to buy health insurance or implementing a reinsurance program that limits the amount of high-priced medical care an insurer will have to pay for.

Whether premiums go up or down, consumers who qualify for a subsidy will likely pay about the same for their insurance next year as they're paying now.

Subsidies are available to people who earn less than 400 percent of the federal poverty level. That means subsidies could go to those who earned less than $100,400 in 2018 and are supporting a family of four, according to the government.

Open enrollment for 2019 on the federal exchange and in most states begins on Nov. 1 this year.