Accessibility links
ERISA Changes Could Cut Health Care Billing Surprises : Shots - Health News Gaps in a wide-ranging law covering employee benefits can blindside consumers whose health coverage is provided by company and union health plans that pay claims out of their own funds. 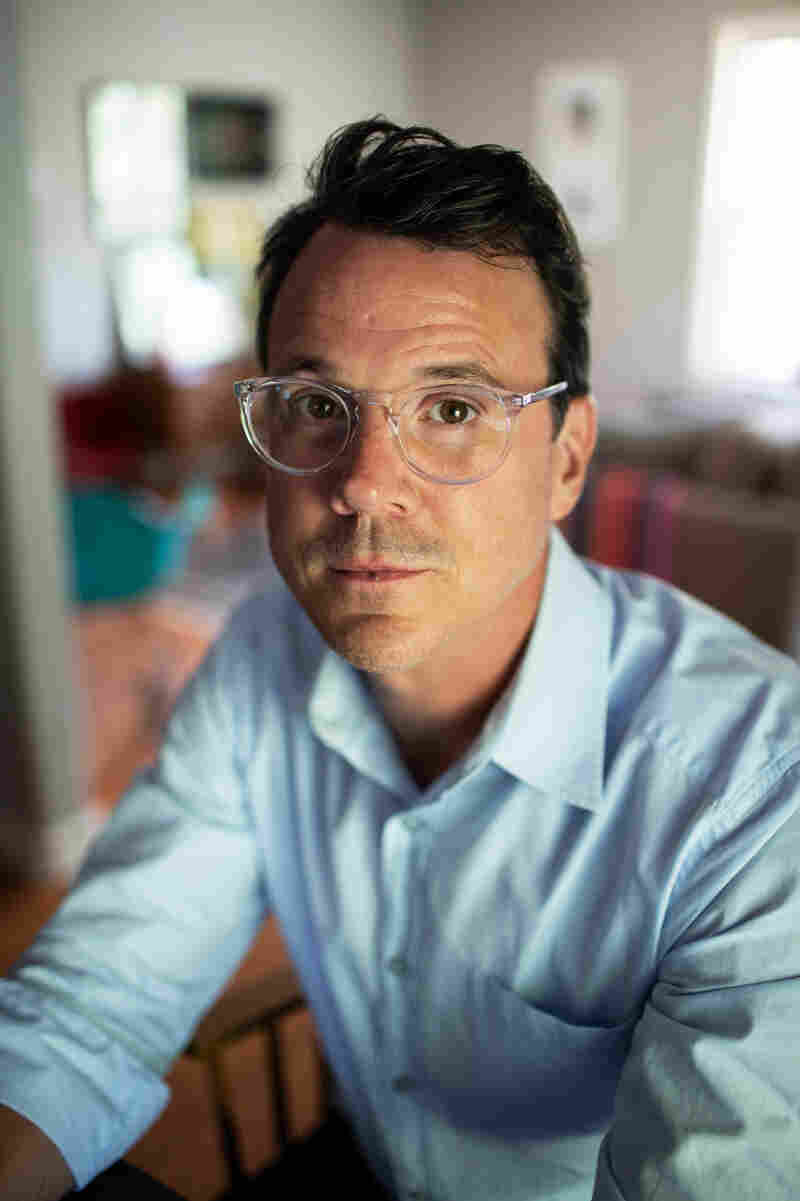 Drew Calver, a high school history teacher and swim coach in Austin, Texas, had a heart attack at his home on April 2, 2017. A neighbor rushed him to the nearby emergency room at St. David's Medical Center, which was out-of-network on his school district health plan. Callie Richmond/KHN hide caption 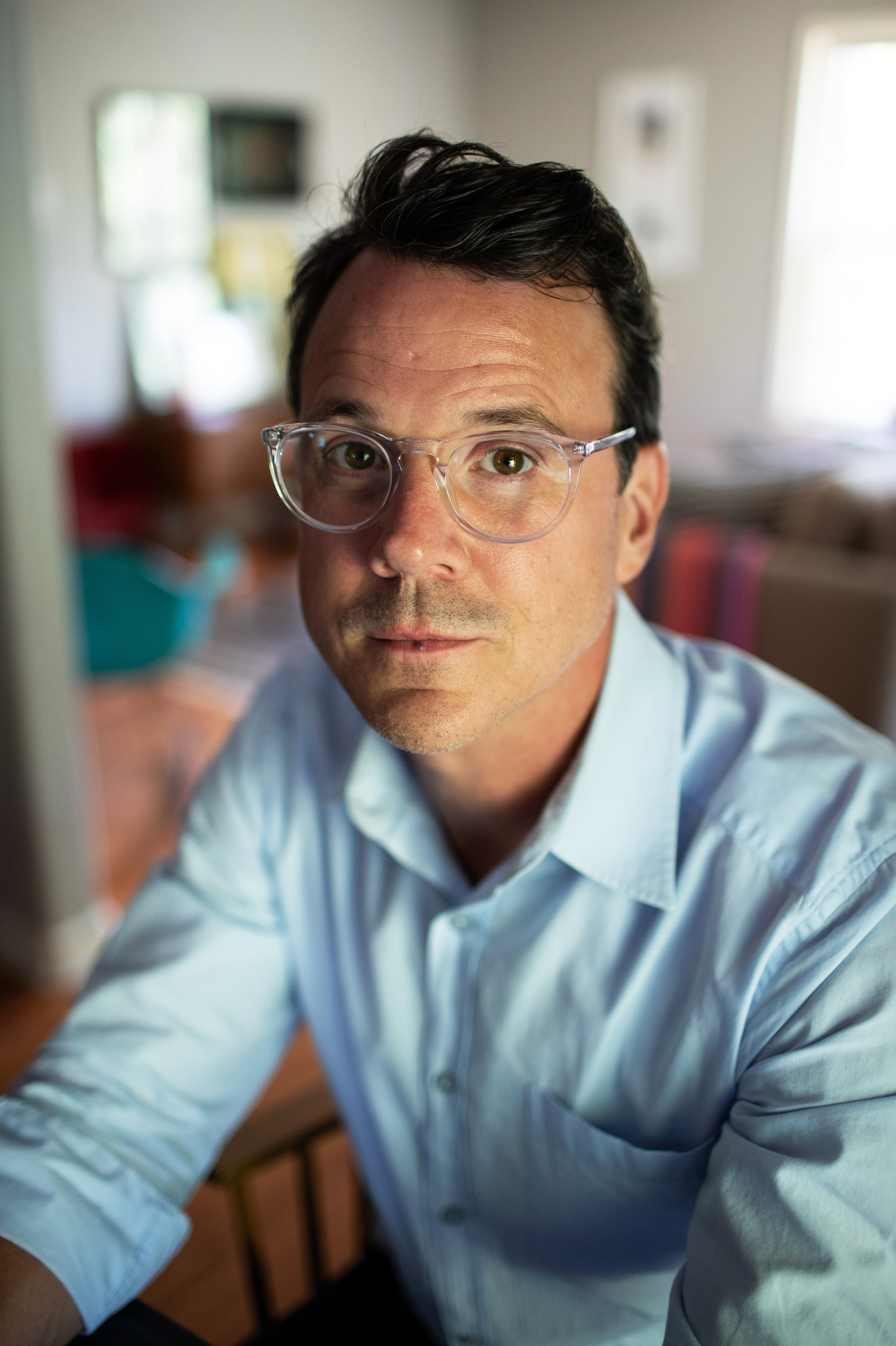 Drew Calver, a high school history teacher and swim coach in Austin, Texas, had a heart attack at his home on April 2, 2017. A neighbor rushed him to the nearby emergency room at St. David's Medical Center, which was out-of-network on his school district health plan.

When Drew Calver had a heart attack last year, his health plan paid nearly $56,000 for the 44-year-old's emergency hospital stay at St. David's Medical Center in Austin, Texas, a hospital that wasn't in his insurance network. But the hospital charged Calver another $108,951. That sum — a so-called balance bill — was the difference between what the hospital and his insurer thought his care was worth.

Calver's bill eventually was reduced to $332 after Kaiser Health News and NPR published a story about it in August. Yet his experience shines a light on an unintended consequence of a wide-ranging federal law, which potentially blindsides millions of consumers.

The federal law — called ERISA, for the Employee Retirement Income Security Act of 1974 — regulates company and union health plans that are "self-funded." That means they pay claims out of their own funds, even though they may be administered by a major insurer like Cigna or Aetna. And while many states have passed laws to protect patients from balance bills as more hospitals and doctors go after patients to collect, ERISA law doesn't prohibit balance billing.

Texas is one of nearly two dozen states that provide consumers with some degree of protection against surprise balance bills. But those state laws don't apply to self-funded plans, like Calver's.

It's a fairly common problem. About 60 percent of workers who get coverage through their job have self-insured plans, and 18 percent of people with coverage through a large employer who were admitted to the hospital in 2016 received at least one bill from an out-of-network provider.

Health researchers and advocates have identified a number of potential solutions that could tackle the problem at the federal or state level. The courts are another option. Yet whether these efforts are politically feasible when health care is in play as a partisan football is another matter.

Polarized views on appropriate reimbursement levels for medical services "limit stakeholders at both the federal and state level from making progress," said Kevin Lucia, a research professor at Georgetown's Center on Health Insurance Reforms, who has analyzed state laws that restrict balance billing.

A look at options that experts say might address the problem:

The simplest way to stop surprise bills would be through restrictions imposed by federal legislation that would apply to both state-regulated policies sold by insurers and employer-sponsored self-funded health plans, which are federally regulated.

There's a precedent for this. The Affordable Care Act added provisions that apply to both types of plans. That law requires plans that cover dependents to allow children to stay on their parents' plans until they turn 26, for example, and cover preventive benefits without charging patients anything out-of-pocket.

New legislation could plug a big loophole in the ACA. The health law offered some consumer protections for out-of-network emergency care, one of the biggest trouble spots for balance billing. Not only do people sometimes wind up at out-of-network hospitals when they have an emergency, but even if they visit an in-network hospital, the emergency physicians, specialists and other providers such as pathologists and labs may not be in their health plan's network.

The ACA limited a patient's cost sharing for emergency services to what they would face if they were at an in-network facility. It also established standards for how much health plans have to pay the hospital or doctors for that care.

But the law didn't prohibit out-of-network emergency doctors, hospitals and other providers, such as ambulance services, from balance billing consumers for the amounts their health plan didn't pay.

Federal legislation could close that loophole by prohibiting balance billing for emergency services, as well as hospital admissions related to that emergency care.

Analysts at the University of Southern California-Brookings Schaeffer Initiative for Health Policy, who have suggested such a remedy, say the federal law could apply to any doctors and hospitals that participate in the Medicare program, as most do, to ensure that the effect would be widespread.

Still, the deep political scars left by the health law battles would seem to preclude any bipartisan efforts in Washington to change it.

"I'd love to see any kind of federal action," said Loren Adler, associate director at the USC center, who co-authored the proposal. "It's just hard to be super optimistic about anything happening in the near future."

The federal executive branch could also weigh in on fixing the problem for self-insured coverage. The Department of Labor could, for example, issue a ruling that clarifies that states can regulate provider payments, or require self-funded plans to participate in state dispute-resolution programs. But relying on regulatory changes to fix surprise bills may also be a nonstarter in the current political climate.

"I don't foresee the administration taking a hard look at the limits of its powers under the ACA," said Sara Rosenbaum, professor of health law and policy at George Washington University.

Look to the states

More than 20 states have laws protecting consumers to some degree from surprise bills from out-of-network emergency providers or in-network hospitals if they're covered by a state-regulated insurance policy, according to an analysis by Georgetown researchers published by the Commonwealth Fund.

State laws vary. Texas, for example, requires that consumers in HMO plans be held harmless from balance billing in out-of-network emergency and in-network situations, but consumers in PPO plans can be balance-billed.

New York's law is more comprehensive, covering both types of plans and settings. New York protects consumers from liability for out-of-network emergency and other surprise bills, requires plans to disclose how they determine a reasonable provider payment and has a binding independent dispute-resolution process.

These laws typically don't apply to self-funded plans, however. But that could change.

A New Jersey law that went into effect last month allows self-funded plans to opt in to the state's balance billing dispute-resolution process. If a federally regulated plan decides to participate in the state program, doctors, hospitals and labs would be prohibited from balance-billing those consumers, and any disputes will be handled through a binding arbitration process.

There are other possibilities for addressing surprise bills at the state level. While states can't regulate self-funded health plans, they do regulate doctors and hospitals and other providers.

States could cap the amount that providers can charge for out-of-network care, for example, or prohibit practitioners like radiologists and pathologists, who don't deal directly with patients, from billing them for services.

Will the courts weigh in?

These billing disputes rarely end up in court, mainly because attorneys are hesitant to take them since there are no guaranteed attorney's fees.

A recent Colorado case was a rare success for a patient. A jury in June sided with Lisa French, a clerk at a trucking company, who was stunned by a $229,000 balance bill for spinal fusion surgery. Saying the charges were unreasonable, the jury knocked down her share of that bill to just $766.74.

The hospital was paid nearly $75,000 by her health coverage, an amount her insurer felt built in a fair profit margin, but the hospital claimed fell short.

That raises the question at the heart of many disputes over balance billing: What is a fair price?

Hospitals argue they should get whatever amount they set as charges on their master list of prices. Attorneys for patients, however, argue that a fair price should be closer to those discounted rates hospitals accept in their contracts with insurers.

Several recent court cases — including state Supreme Court rulings in Georgia and Texas — required hospitals to provide those discounted rates, although the rulings didn't say those discounted prices are ultimately what patients would owe.