Accessibility links
IVF And Other Reproductive Tech Linked To High Blood Pressure In Kids : Shots - Health News A small study of teens who were conceived via assisted reproductive technology finds a significant number already have hypertension and premature "age-related changes" in their blood vessels. 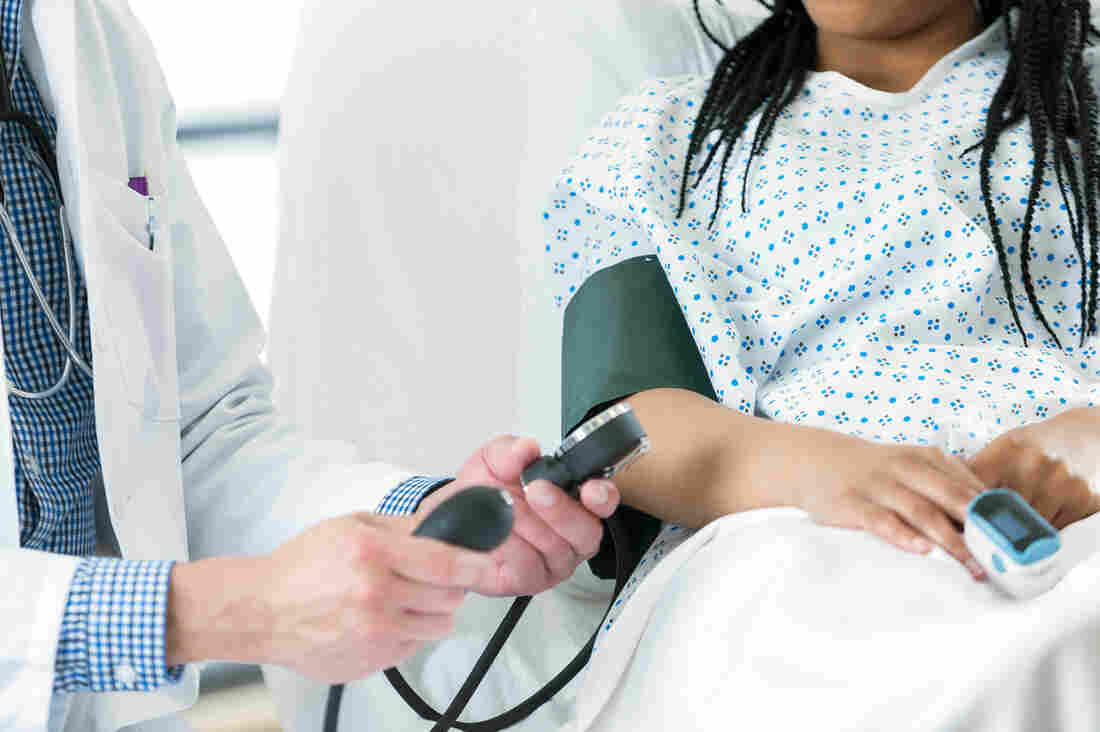 A Swiss study tracking the health of a group of children conceived via assisted reproductive technology found that a surprising number developed premature aging of their blood vessels. Now in their teens, 15 percent have hypertension. Steve Debenport/Getty Images hide caption 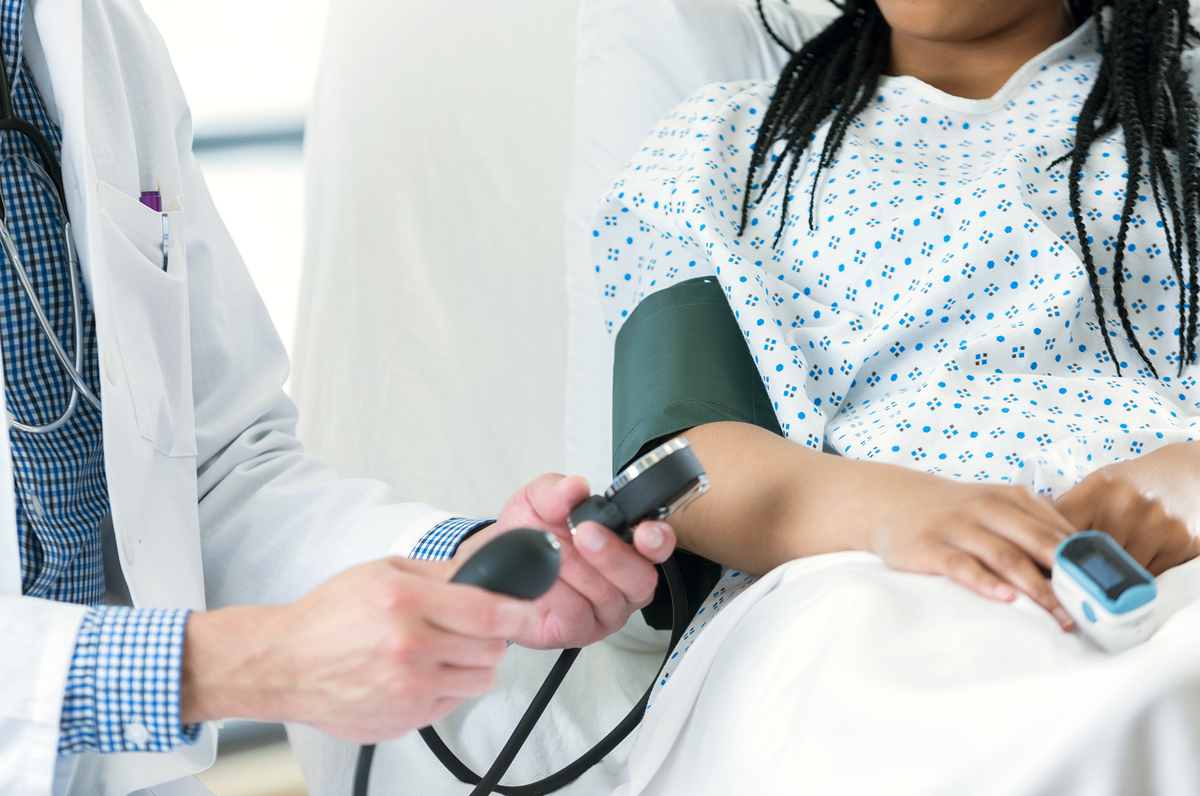 A Swiss study tracking the health of a group of children conceived via assisted reproductive technology found that a surprising number developed premature aging of their blood vessels. Now in their teens, 15 percent have hypertension.

When patients come to Dr. Molly Quinn for infertility treatments, they usually aren't too interested in hearing about the possible downsides, she says. They just want to get pregnant.

Still, she always discusses the risks. For example, there's an increased likelihood of twins or triplets — which increases the chances of medical complications for both moms and babies. And stimulating the ovaries to ripen extra eggs can, in a small number of cases, cause the ovaries to rupture.

Quinn, an infertility specialist and assistant professor of obstetrics and gynecology at the University of California, Los Angeles, now has a new hazard to consider. According to research published this month in the Journal of the American College of Cardiology, children conceived through certain infertility treatments may be at a higher risk for cardiovascular disease.

Parents shouldn't panic, the study's authors say: The findings are preliminary, and the study cohort was fairly small. Still, they say, it means that families who used infertility treatments should be particularly vigilant about screening for high blood pressure in their children and help them avoid other cardiovascular risk factors, such as smoking, obesity and a sedentary lifestyle.

"Fertility clinics should really ... counsel about potential risks for their kids," says Dr. Urs Scherrer, a visiting professor at the University of Bern in Switzerland and a senior author of the study.

Scherrer and his colleagues followed the health of children conceived through assisted reproductive technology for more than a decade. ART is an umbrella term that covers a number of different types of procedures, including in vitro fertilization, in which sperm and eggs are mixed in a lab dish, and intracytoplasmic sperm injection, in which sperm are inserted directly into eggs. Today, roughly 2 percent of all births in the U.S are conceived via ART.

In 2012, the same team of scientists published a major paper showing that 65 healthy kids born with the help of ART were more likely than their peers to have early signs of problematic blood vessels. The current study, comparing 54 of those original children with 43 age- and sex-matched peers, shows those early irregularities — signs of "premature vascular aging", the scientists say — persist into adolescence and young adulthood.

Kids in the study who were conceived via ART are now 16 years old, on average, but have blood vessels resembling those of middle-aged adults, the scientists found.

And those differences seemed to be enough to boost the teens' blood pressure. Everyone in the study underwent round-the-clock blood pressure monitoring for 24 hours, and the differences between a group conceived by ART and teens in the control group were significant. The ART group had markedly higher blood pressure; about 15 percent met the criteria for hypertension.

The study adds to a small but growing body of research suggesting that children conceived this way may have an elevated risk of hypertension and its health complications.

Scientists say they don't yet know why that would be true, but they hypothesize that epigenetics — the interplay of environment and genes — plays a role. Something about the manipulation of the eggs and sperm in the lab might affect which genes are turned on or off as embryos develop.

"The fact that these kids already have abnormal vasculature is quite concerning," says Dr. Joseph Flynn, a pediatrician who helped write the American Academy of Pediatrics' guidelines about blood pressure management. "I think the fact that they saw these changes at an early age and that they're still persisting into adolescence is worrisome for these kids."

Still, he says, it's unclear what the long-term effects on their cardiovascular health will be. Conception through ART, Flynn says, may confer the same amount of risk as, say, teenage smoking or alcohol use.

Quinn says she would like to see more longitudinal research that tracks long-term consequences of infertility treatments.

"We need to connect these kinds of studies," she says. Such research can be more difficult to do in the United States, she notes, because there is no unified medical record, so it's hard to track the babies who are conceived through ART.

Still, she says, it's important for all doctors working in the infertility field to acknowledge that the techniques they use are still evolving.

"We appreciate that there is quite a bit unknown about we do on a day-to-day basis," says Quinn. "We have to be humble."

For now, the American Academy of Pediatrics recommends that every child over the age of 3 get a yearly blood pressure test at the doctor's office — whether or not their parents underwent infertility treatments.