Accessibility links
Don't Delay After Dilation To Push Baby Out : Shots - Health News There's no benefit to delaying pushing after receiving epidural anesthesia and reaching full dilation. A delay increases the risk of complications, particularly for the mother, a large study finds. 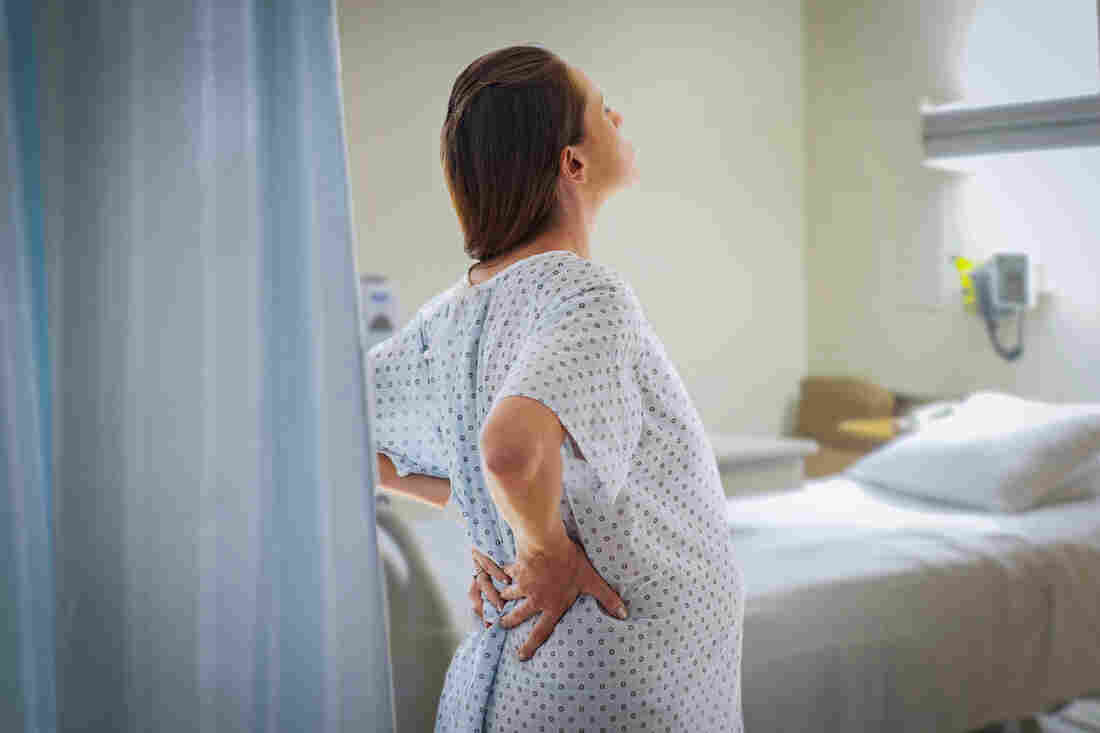 Delayed pushing made no difference in whether first-time mothers had a cesarean section, a large study finds. Getty Images hide caption

If you're a first-time mother and you opt for epidural anesthesia during labor, your doctor may suggest you wait about an hour after your cervix is completely dilated before you start trying to push the baby down the birth canal.

But a study published Tuesday in JAMA, the flagship journal of the American Medical Association, suggests that might not be the best advice.

"Our findings suggest that women becoming moms for the first time should begin pushing right away when they become completely dilated, for the best outcome for themselves and for their babies," says obstetrician Alison G. Cahill of Washington University in St. Louis, who headed the study.

Until now, the evidence supporting either method has been mixed, Cahill says. As a result, advice about when to push is about 50-50, she says.

"The thought was perhaps women didn't need to do as much work to push the baby out and that the baby would make progress without those efforts," Cahill says. It was also thought that delaying pushing could increase the likelihood of a healthy vaginal delivery and avoid forceps or a cesarean section — and even shorten the overall delivery time.

But that wasn't the case. Delayed pushing made no difference in whether women had C-sections or not, she says.

The study was carried out at six U.S. medical centers with 2,414 women who were at or beyond 37 weeks' gestation. Their average age was 26.5 years. The women hadn't previously given birth.

They were randomly assigned to one of two groups once they reached complete cervical dilation. Half were told to begin pushing immediately; the other half were told to wait an hour.

All the women received pain medication for labor and delivery.

Delayed pushing had some adverse consequences. Four percent of women who waited to push had excessive bleeding after delivery compared with 2.3 percent who pushed right away. The delayed pushers had more bacterial infections: 9.1 percent versus 6.7 percent of the women who pushed immediately.

Cahill says these reductions in adverse consequences for immediate pushing are meaningful since infection can be serious and even life-threatening for both mother and baby.

Pregnancy Debate Revisited: To Induce Labor, Or Not?

Dr. Christopher Zahn, vice president of practice activities at the American College of Obstetricians and Gynecologists, says the take-home message is crystal clear: There are no significant benefits to delayed pushing, and delaying actually increases the risk of adverse events, particularly for the mother.

"This is a very well-done study with a large number of patients," Zahn says.

Zahn says the college's practice guidelines will be updated based on these findings to advise doctors that delayed pushing won't increase the odds of a normal vaginal delivery and, on top of that, it can increase the risk of "adverse problems for Mom."

The findings and new guidelines come at a time when the medical community strongly encourages vaginal delivery over C-sections, which can carry many negative consequences for both women and babies.

A cesarean is a "major abdominal surgery," says Dr. Dana Gossett, who directs general obstetrics and gynecology at the University of California, San Francisco. Risks include "increased bleeding, blood transfusions, damage to other organs particularly the bladder, internal scarring, risk of hysterectomy, risk of infection and even increased risk of death."

In an editorial accompanying the study, Gossett calls the findings an important contribution in managing labor and delivery in an "evidenced-based fashion" while not jeopardizing maternal or fetal health.

Any practice that can reduce the number of cesarean deliveries, she says, is highly worthwhile, especially considering that the rate of C-sections has "really shot up not just in the U.S. but around the world."

Every year in the U.S., there are almost 4 million births. About a third are cesarean deliveries.