Accessibility links
Dementia Sometimes Starts In A Hospital's ICU : Shots - Health News Up to half of all patients who survive emergency medical treatment in the intensive care unit have mental problems when they return home. Doctors studying the problem say it starts with delirium. 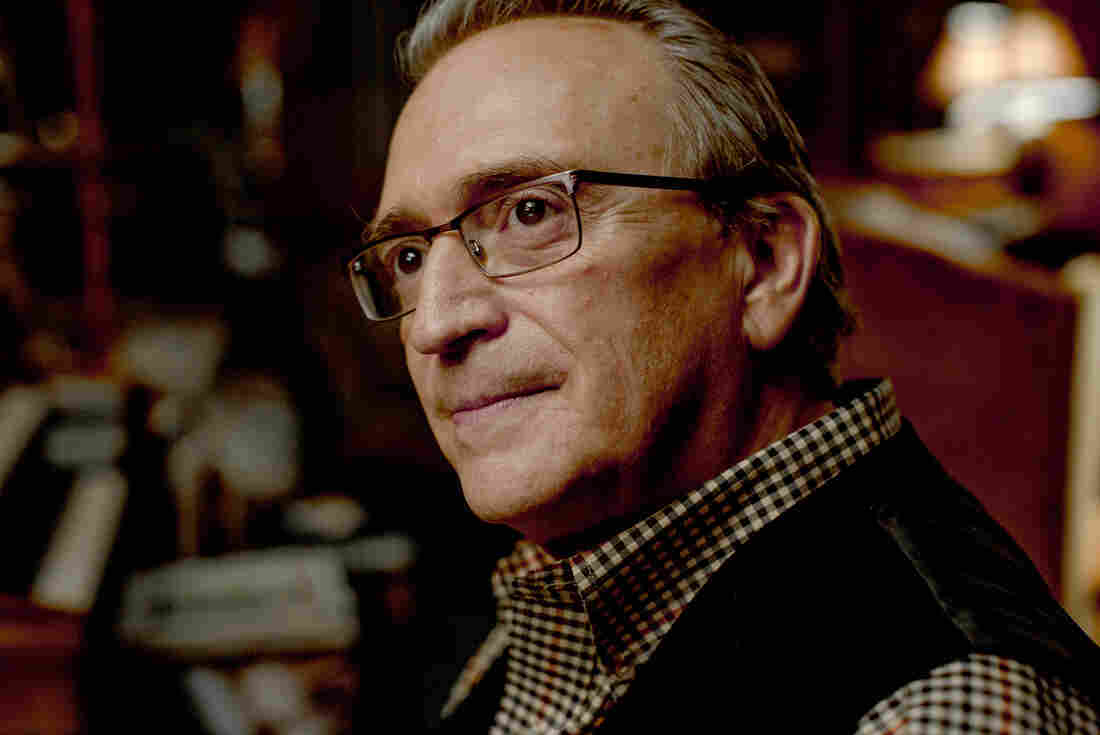 Richard Langford, at home in East Nashville, Tenn., still has significant trouble with mental focus and memory issues 10 years after a sudden and serious infection landed him in the hospital ICU for several weeks. Morgan Hornsby for NPR hide caption 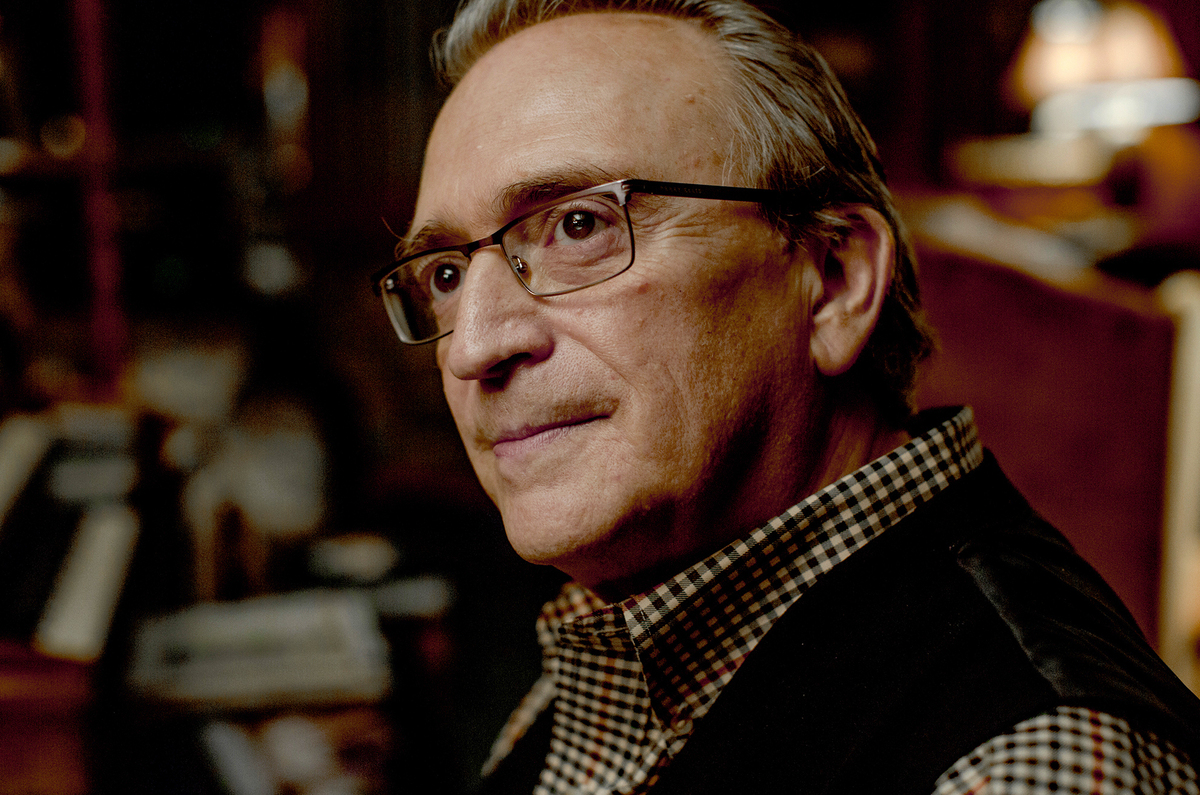 Richard Langford, at home in East Nashville, Tenn., still has significant trouble with mental focus and memory issues 10 years after a sudden and serious infection landed him in the hospital ICU for several weeks.

Doctors have gradually come to realize that people who survive a serious brush with death in the intensive care unit are likely to develop potentially serious problems with their memory and thinking processes.

This dementia, a side effect of intensive medical care, can be permanent. And it affects as many as half of all people who are rushed to the ICU after a medical emergency. Considering that 5.7 million Americans end up in intensive care every year, this is a major problem that until recently, has been poorly appreciated by medical caregivers.

Take, for example, the story of Richard Langford, a retired minister in his 60s who lives with his mother in East Nashville. He went into the hospital for knee surgery 10 years ago "because I was playing tennis with an 85-year-old and he beat my butt," Langford says with a chuckle. "So I wanted fresh knees to help me play better."

But after that routine knee surgery, Langford developed a serious lung infection that sent him to the intensive care unit. He had sepsis, a life-threatening condition sometimes called blood poisoning. With sepsis, the body overreacts to an infection; it can lead to crashing blood pressure, multiple organ failure and often death.

During his four-week stay in the hospital and the rehab that followed, Langford suffered from long spells of delirium. That's a state of muddled thought, confusion and even at times hallucinations in some patients. All Langford remembers is the sensation of a near-death experience.

"I saw green grass," Langford says, "and I saw, on the other side of the river, it looked like there was Elijah," the prophet whose miracles included resurrection.

His mother Leta says that at one point, members of the hospital staff were so sure he would die overnight that they didn't even bother to pass on his medical chart to the day shift.

Why Do ICU Patients Get Delirium?

Though the causes of delirium still aren't completely worked out, and may be multiple in a particular case, a website put together by the team at Vanderbilt University Medical Center for patients and families says you can think of delirium as being "caused by a change in the way the brain is working."

"The thing that's amazing is his talking to us — and his being aware of what we were saying — and yet not knowing or not remembering any of that," she says.

Nearly a decade later, Richard Langford says he is still struggling to work his way out of a thicket of deficits that are physical, emotional and cognitive. Though he still subscribes to The New Yorker and remains active in political causes, he periodically feels like he's lost in what looks and seems to him — at least in those moments — to be a vast forest inside his mind.

"The water is big, there are waterfalls, and there are all kinds of animals around," he says. "That forest is kind of surrounding me and I can't get out. I don't know how to get out."

Langford also finds himself confused and distracted — lost in thought and losing track of basic tasks, such as when to take the medicines he has been prescribed to treat his heart disease and other lingering health issues. His 89-year-old mother now has to help him with his medication schedule.

Neuropsychologist James Jackson, of the Vanderbilt ICU Delirium and Cognitive Impairment Study Group, says these cognitive problems are the result of Langford's struggle with delirium in the hospital. Vanderbilt Medical Center now has a clinic that is pioneering efforts to understand and treat these sorts of cases.

"This is a huge problem," says Dr. E. Wesley Ely, an intensive care specialist who heads that effort. He says post-ICU syndrome — a cluster of cognitive symptoms that can include anxiety, depression and post-traumatic stress disorder, as well as delirium — affects 30 to 50 percent of all patients who are rushed to the ICU because of a medical emergency. That's including younger patients who had no prior mental challenges. And in some of those patients, dementia soon follows. 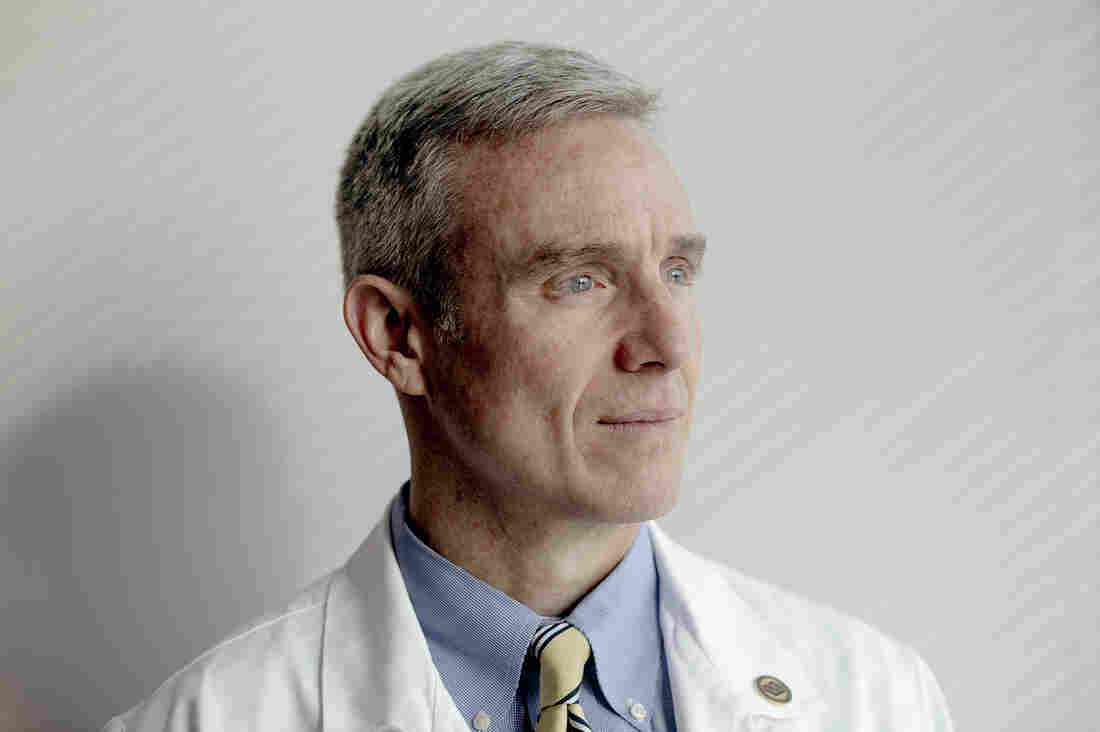 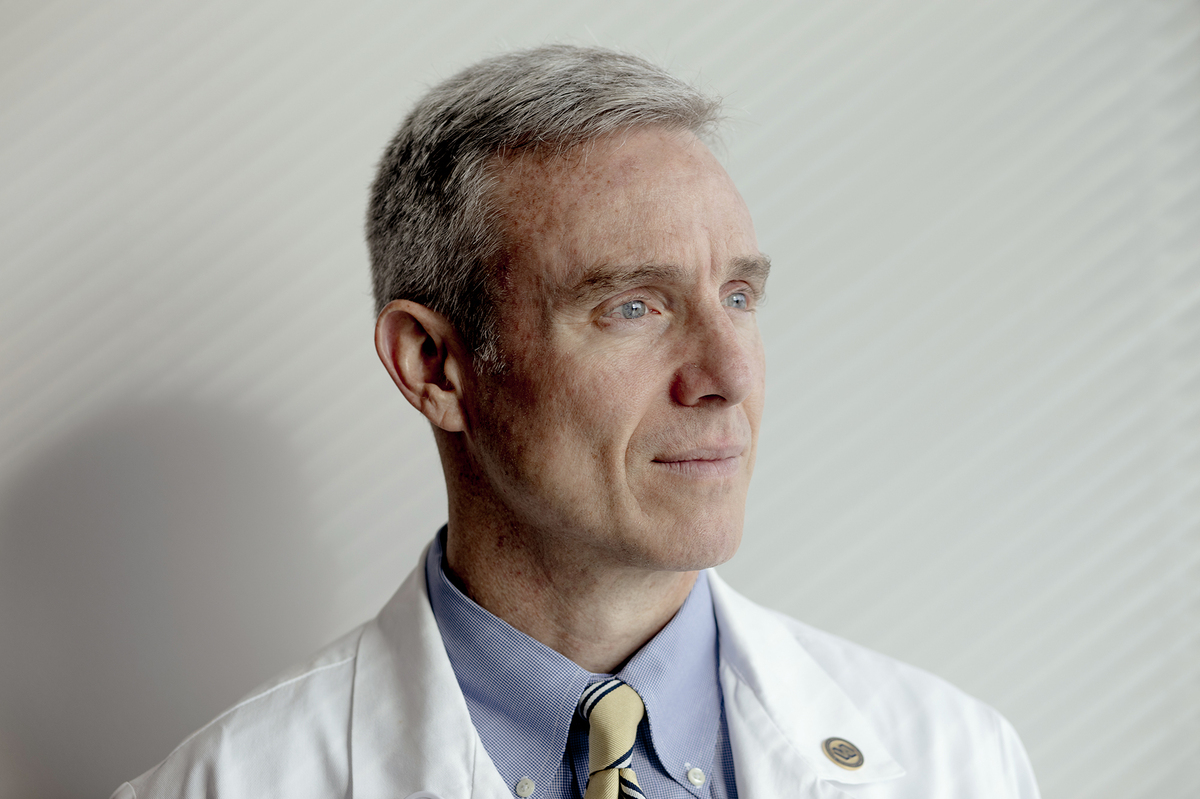 "You have somebody coming into the ICU with a previously very well-working brain, and they leave critical care not being able to have a good conversation," Ely says. "They can't balance their checkbook, they can't find the names of people at a party and they get very embarrassed, so they start socially secluding themselves. Our patients tell us what a misery this form of dementia is."

Ely has been tracking his patients for more than a decade through scientific studies such as the BRAIN-ICU study. He says about one-third of patients who have cognitive problems after their ICU stay fully recover, another third stay about the same after their dementia sets in, and a third continue to go downhill.

For many, the damage to mental processing is akin to what's seen with a traumatic brain injury, in a condition called mild cognitive impairment — or even with Alzheimer's disease.

Researchers don't yet know how the brain is changing to give rise to these symptoms or how extended delirium leads to that brain damage; Ely is launching a large study to help tease out some of those mechanisms. What parts of the brain are affected, and how does the damage differ from that caused by other forms of dementia such as Alzheimer's? One idea he will explore is whether tiny blood clots might be forming in the brain and playing a role the long-term damage.

In the meantime, Ely says, one thing the doctors treating these patients with sudden dementia are certain of is that their mental problems are linked to the degree of delirium they experience while in the ICU.

"Every day you're delirious you have about a 35 percent increased risk of this dementia," he says. "So if you do the math on that — [after] three days of delirium, you have almost a sure thing you're going to have some elements of the dementia."

And the problems don't stop there.

"Unfortunately a lot of these patients and their family members have depression, anxiety, post-traumatic stress disorder and cognitive impairment," says Joanna Stollings, a clinical pharmacist and member of the interdisciplinary team that staffs the clinic.

But there is a bit of good news for patients who seek help: Many of these other conditions are treatable, Stollings says — especially the anxiety and depression.

People can find help with talk therapy, Stolling says, and "sometimes, if it's appropriate, we can put them on medications, which can help with this as well."

Jackson, the neuropsychologist at the clinic, says rehabilitation for these patients can resemble the therapy prescribed to people after a stroke.

"Even though these patients haven't been hit on the head with a hammer [and] they haven't fallen off a ladder, in many respects what people suffer is indeed a brain injury," he says. "The route of the injury is just a little bit different."

"It would be nice if [these exercises] improved test scores," Jackson says. "But a bigger issue is, does it make them more adept at returning to work? Or are they able to balance their checkbook? Are they driving without accidents?" He's trying to answer those questions in his research.

Still, getting help to everyone who could use it remains a challenge. Vanderbilt's clinic, for example, doesn't have the capacity to follow up with everyone who has been discharged from the medical center's own ICUs — and there are very few specialized centers like this in the country.

Vanderbilt is now working to help build a network of such clinics across the U.S.

Langford says the support he has received at the post-ICU clinic helped him gradually recover some of his previous abilities and routines. The day before I visited him, he had been pleased to be able to venture out to vote in person in a local election.

"I was able to get in the car, go to our little precinct, which is maybe half a mile, and was able to come back," he says. "The forest got a little bit smaller."

His mother, Leta, knows there are still challenges ahead, but her faith keeps her strong.

"You're here today, I'm here today," she tells her son. "So let's enjoy today. And tomorrow — it will take care of itself." 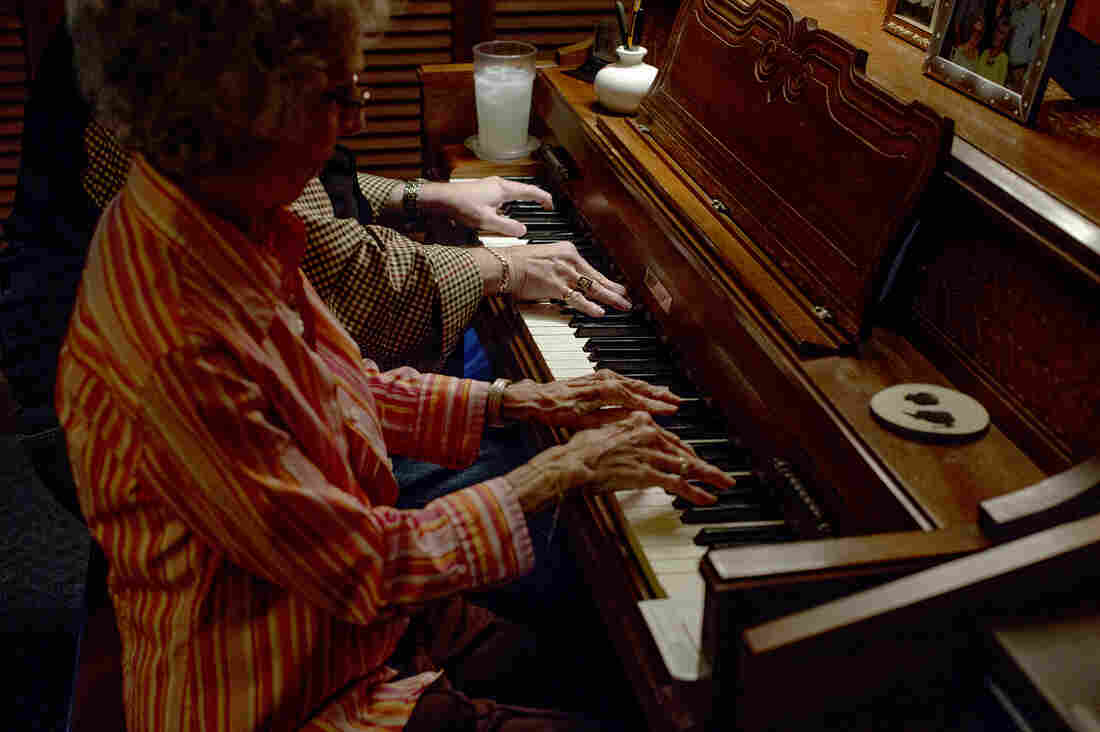 Richard Langford and his mother Leta Langford, play the piano together at their home in East Nashville. Richard almost died a decade ago and still suffers some cognitive symptoms, but he says music keeps him going. Morgan Hornsby for NPR hide caption 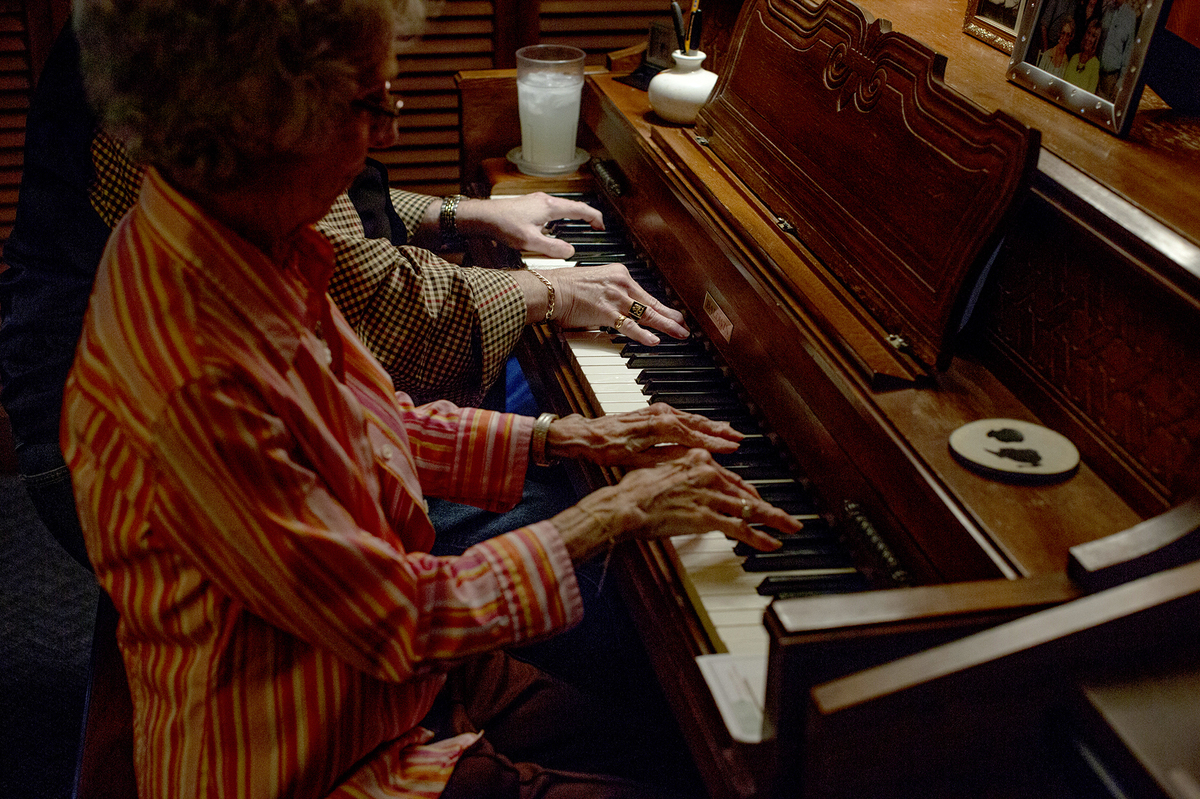 Richard Langford and his mother Leta Langford, play the piano together at their home in East Nashville. Richard almost died a decade ago and still suffers some cognitive symptoms, but he says music keeps him going.