Accessibility links
Cerebellum Plays Bigger Role In Human Thought Than Previously Suspected : Shots - Health News A brain structure that helps us walk in a straight line also appears to play a central role in emotional control and decision-making. The findings about the cerebellum challenge years of dogma. 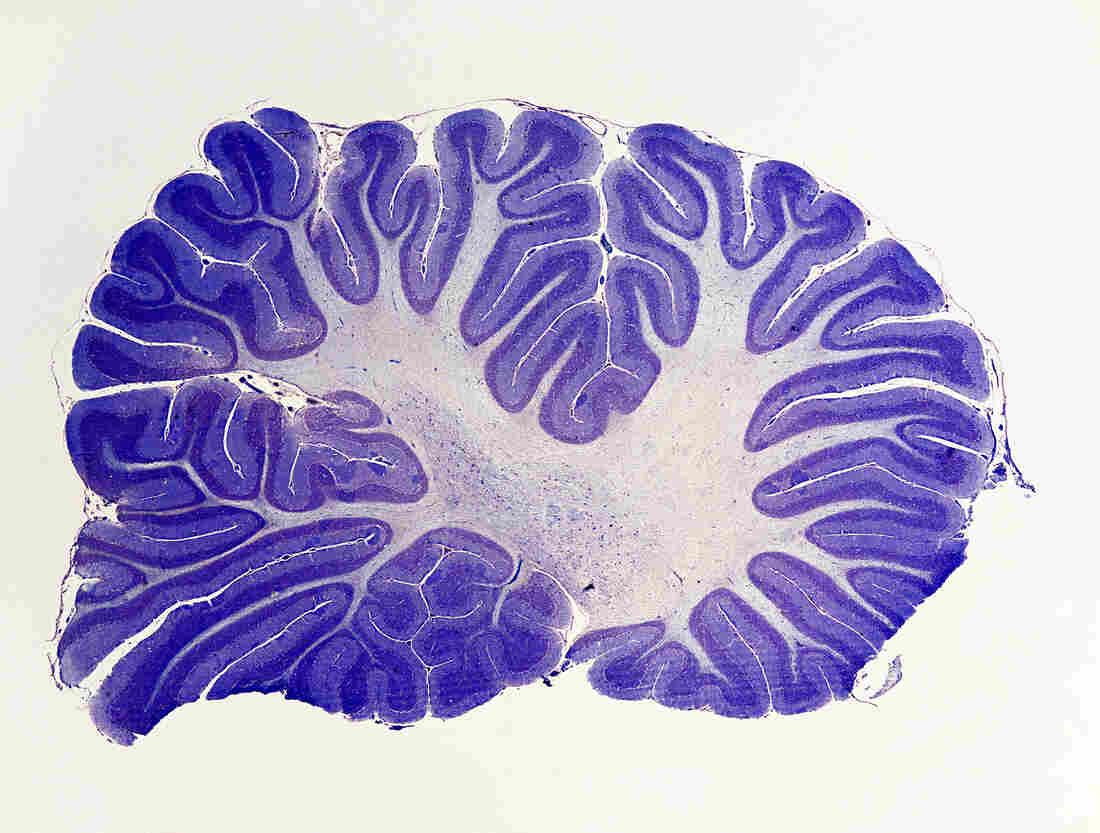 The cerebellum, a brain structure humans share with fish and lizards, appears to control the quality of many functions in the brain, according to a team of researchers. Science Source hide caption 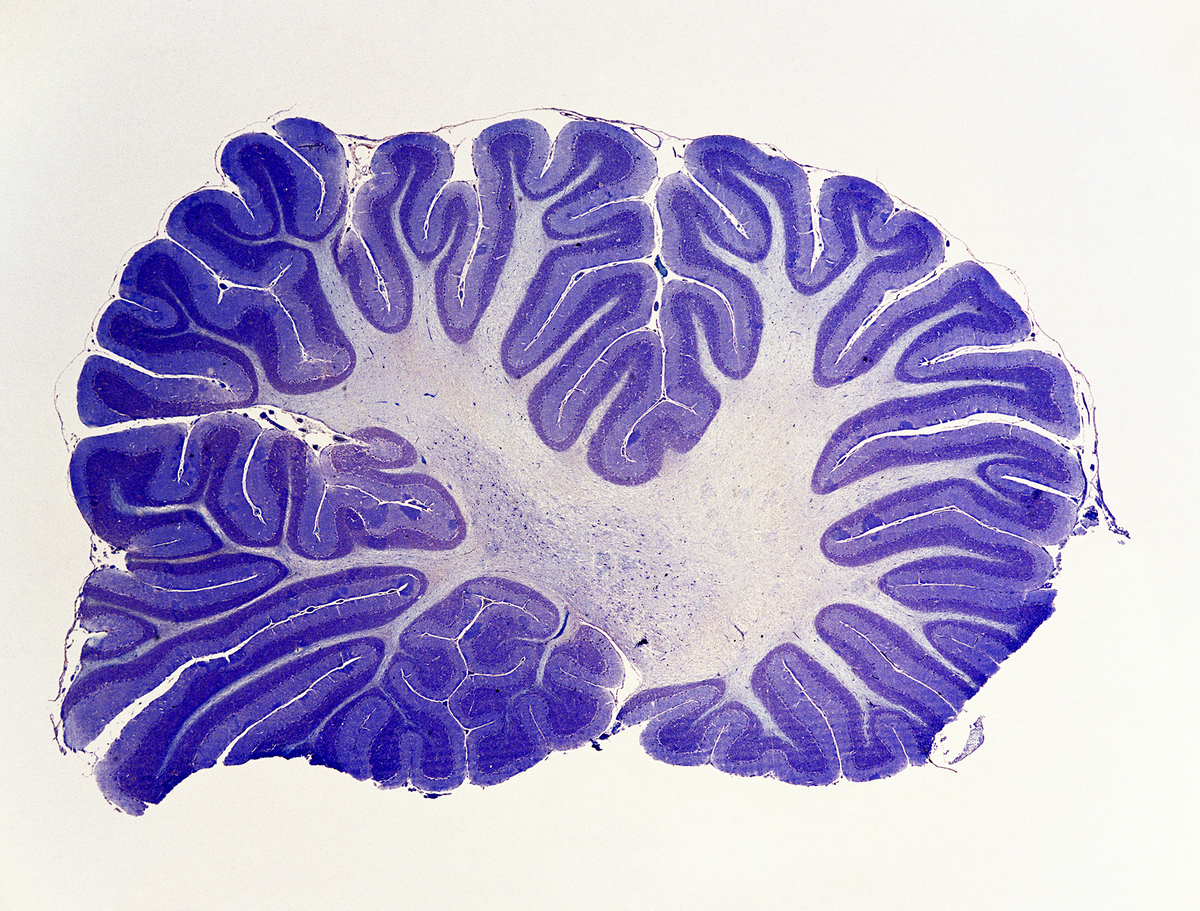 The cerebellum, a brain structure humans share with fish and lizards, appears to control the quality of many functions in the brain, according to a team of researchers.

An ancient part of the brain long ignored by the scientific world appears to play a critical role in everything from language and emotions to daily planning.

It's the cerebellum, which is found in fish and lizards as well as people.

But in the human brain, this structure is wired to areas involved in higher-order thinking, a team led by researchers from Washington University in St. Louis reports Thursday in the journal Neuron.

"We think that the cerebellum is acting as the brain's ultimate quality control unit," says Scott Marek, a postdoctoral research scholar and the study's first author.

The finding adds to the growing evidence that the cerebellum "isn't only involved in sensory-motor function, it's involved in everything we do," says Dr. Jeremy Schmahmann, a neurology professor at Harvard and director of the ataxia unit at Massachusetts General Hospital.

Schmahmann, who wasn't involved in the new study, has been arguing for decades that the cerebellum plays a key role in many aspects of human behavior, as well as mental disorders such as schizophrenia.

But only a handful of scientists have explored functions of the cerebellum beyond motor control.

"It's been woefully understudied," says Dr. Nico Dosenbach, a professor of neurology at Washington University whose lab conducted the study.

Even now, many scientists think of the cerebellum as the part of the brain that lets you pass a roadside sobriety test. It helps you do things like walk in a straight line or stand on one leg or track a moving object — if you're not drunk.

But the Washington University team thought there was a lot more going on in this part of the brain. So they used a special type of MRI to study the brain wiring of 10 people.

"We already thought that the cerebellum was cooler than most people thought," Dosenbach says. "But these results were way more exciting and clear than I could have ever dreamt."

The cerebellum doesn't directly carry out tasks like thinking, just as it doesn't directly control movement, Marek says. Instead, he says, it appears to monitor the brain areas that are doing the work and make them perform better.

In essence, this structure appears to act as a kind of editor, constantly reviewing and improving a person's thoughts and decisions, Dosenbach says. If that's true, he says, it's no surprise that alcohol affects more than our physical movements.

"We have an explanation for all the bad ideas people have when they're drunk," he says. "They're lacking cerebellar editing of your thoughts."

The new study suggests how the cerebellum has evolved over hundreds of millions of years, Schmahmann says.

"What's happened over time is that the cerebellum has expanded enormously," he says. And this extra capacity has allowed it to take on functions beyond motion.

But the way the cerebellum works hasn't changed, Schmahmann says. It makes a process smoother and faster and more accurate. "What we now understand is that what cerebellum does to motor control, it does to cognition and emotion as well."

And the cerebellum does all this automatically, allowing our conscious mind to focus on more important things, Schmahmann says.

But when the cerebellum isn't doing its job, Schmahmann says, the result may be a brain disorder.

"There is increasing evidence from a variety of fields now that psychiatric diseases from autism spectrum, schizophrenia, depression, obsessive compulsive disorder, all have a link to cerebellum," he says.

So Schmahmann and a few other researchers have begun trying to treat patients with some of these problems by improving the function of this ancient structure in the brain.