When Adolescents Give Up Pot, Their Cognition Quickly Improves

When Adolescents Give Up Pot, Their Cognition Quickly Improves 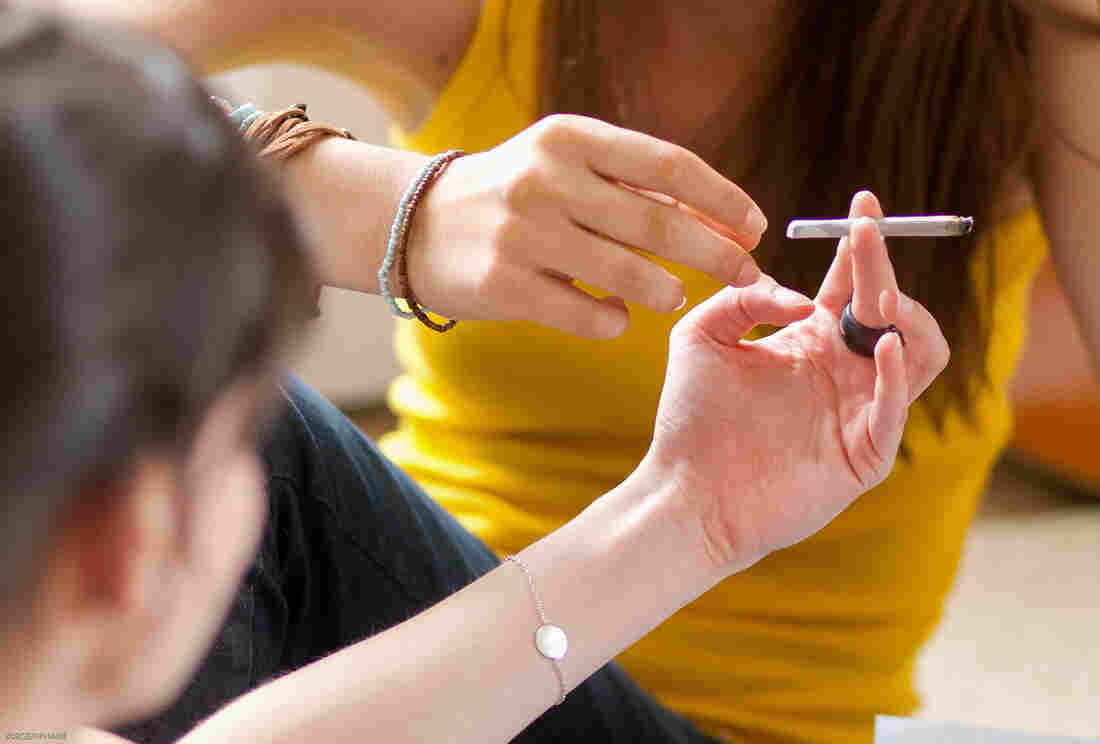 Even a week without marijuana use improves young people's ability to learn and remember. BURGER/Canopy/Getty Images hide caption 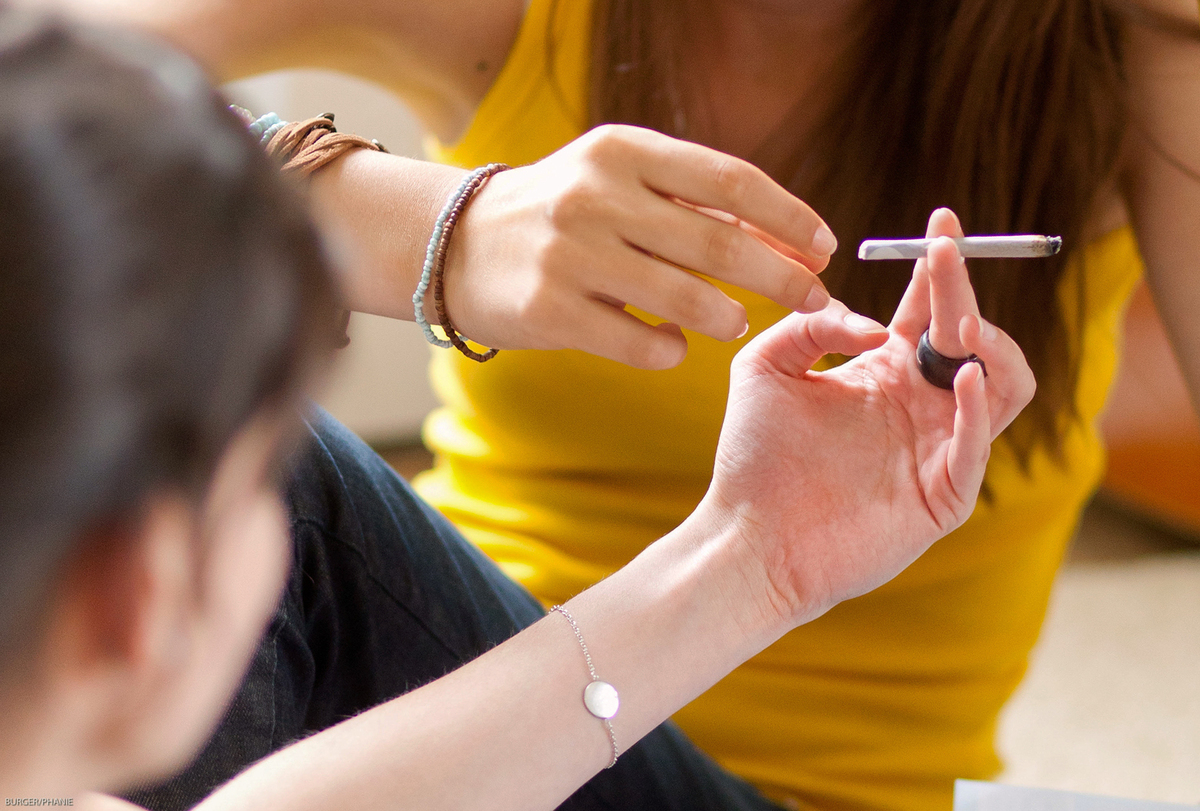 Even a week without marijuana use improves young people's ability to learn and remember.

Marijuana, it seems, is not a performance-enhancing drug. That is, at least, not among young people, and not when the activity is learning.

A study published Tuesday in the Journal of Clinical Psychiatry finds that when adolescents stop using marijuana — even for just one week — their verbal learning and memory improve. The study contributes to growing evidence that marijuana use in adolescents is associated with reduced neurocognitive functioning.

More than 14 percent of students in middle school and high school reported using marijuana within the past month, finds a National Institutes of Health survey conducted in 2017. And marijuana use has increased among high-schoolers over the past 10 years, according to the U.S. Department of Health & Human Services.

At the same time, the percentage of teens who believe that regular marijuana use poses a great risk to their health has dropped sharply since the mid-2000s. And legalization of marijuana may play a part in shaping how young people think about the drug. One study noted that after 2012, when marijuana was legalized in Washington state, the number of eighth-graders there that believed marijuana posed risks to their health dropped by 14 percent.

Researchers are particularly concerned with marijuana use among the young because THC, the active ingredient in marijuana, most sharply affects the parts of the brain that develop during adolescence.

"The adolescent brain is undergoing significant neurodevelopment well into the 20s, and the regions that are last to develop are those regions that are most populated by cannabis receptors and are also very critical to cognitive functioning," says Randi Schuster. Schuster is the director of neuropsychology at Massachusetts General Hospital's Center for Addiction Medicine and the study's lead author.

Schuster and the team of researchers set out to determine if cognitive functions that are potentially harmed by marijuana use in adolescents — particularly attention and memory — improve when they abstain from marijuana.

They recruited 88 pot-using teens and young adults, ages 16 to 25, and got some of them to agree to stop smoking (or otherwise consuming) marijuana for the month.

Schuster says the researchers wanted to recruit a range of participants, not just heavy users or those in a treatment program, for example. Some of the young people smoked once per week; some smoked nearly daily.

With The Rise Of Legal Weed, Drug Education Moves From 'Don't' to 'Delay'

The researchers randomly assigned the volunteers into an abstaining group and a nonabstaining group. They delivered the bad news to those chosen to be abstainers at the end of their first visit, and Schuster says, they took it surprisingly well.

"People were generally fine," she says. "We kind of went through what the next month would look like and helped them come up with strategies for staying abstinent."

One motivation for the non-tokers to stick with the program? They received increasing amounts of money each week of the month-long study.

Also at each visit, the participants completed a variety of tasks testing their attention and memory through the Cambridge Neuropsychological Test Automated Battery, a validated cognitive assessment tool.

The researchers found that after four weeks, there was no noticeable difference in attention scores between the marijuana users and the nonusers. But, the memory scores of the nonusers improved, whereas the users' memories mostly stayed the same.

The verbal memory test challenged participants to learn and recall new words, which "lets us look both at their ability to learn information the first time the words were presented, as well as the number of words that they're able to retrieve from long-term memory storage after a delay," Schuster says.

Verbal memory is particularly relevant for adolescents and young adults when they're in the classroom, Schuster says.

"For an adolescent sitting in their history class learning new facts for the first time, we're suspecting that active cannabis users might have a difficult time putting that new information into their long-term memory," Schuster says.

While this study didn't prove that abstaining from cannabis improves adolescents' attention, other studies have found that marijuana users fare worse in attention tests than nonusers. Schuster hypothesizes it might take more than four weeks of abstinence for attention levels to improve.

Interestingly, most of the memory improvement for the abstinent group happened during the first week of the study, which leaves the researchers feeling hopeful.

One weakness of this study is its lack of a non-marijuana-using control group, says Krista Lisdahl, an associate professor of psychology at the University of Wisconsin Milwaukee who was not involved with the study but also researches the neuroscience of addiction. Because of this, it's difficult to conclude whether the improvements in memory brought the participants back to their baseline levels prior to using marijuana.

Also, because the study lasted only four weeks, it's impossible to draw conclusions about the long-term effects of marijuana usage for young people, such as how marijuana directly affects academic performance, sleep patterns or mood.

Lisdahl says that longitudinal studies such as the NIH's Adolescent Brain Cognitive Development Study could provide more information about what marijuana does to the adolescent brain. It might also reveal what happens if adolescents stop using marijuana and if their brain functioning can completely recover.

Lisdahl is helping with the NIH study, which has, to date, enrolled more than 11,000 children ages 9 and 10 and will follow them into young adulthood. It's the largest long-term research study on child brain development in the U.S., and it assesses how everything from screen time to concussions to drugs affect adolescents' brains.

In the meantime, Lisdahl says the findings from the new study — that abstinence from marijuana is associated with improvements in adolescents' learning and memory — sends a positive message.

"I remain optimistic that we can show recovery of function with sustained abstinence," she says.