Accessibility links
Research Shows Strong Link Between Childhood Trauma And Adult Mental Illness : Shots - Health News New research highlights the link between childhood trauma and mental illness and addiction in adulthood, leading some researchers to call it an issue as pressing as any infectious disease. 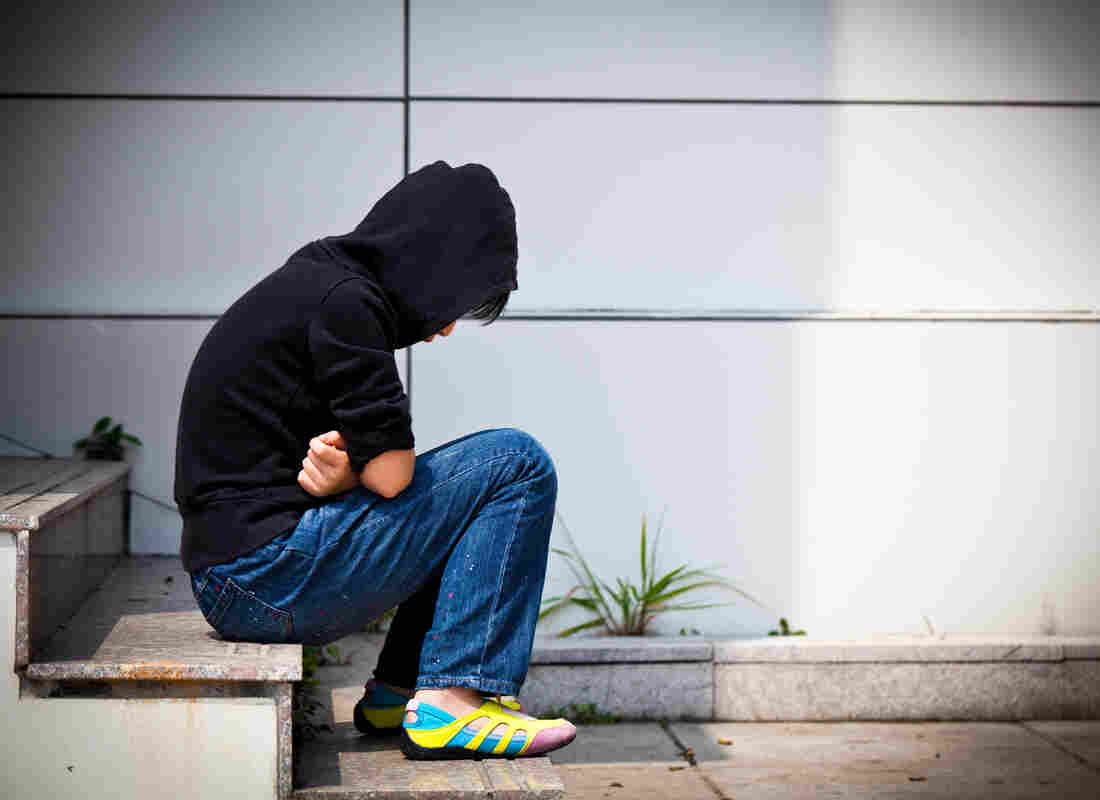 Researchers followed a group of kids from childhood into adulthood to track the link between trauma in early life and adult mental health. fzant/Getty Images hide caption 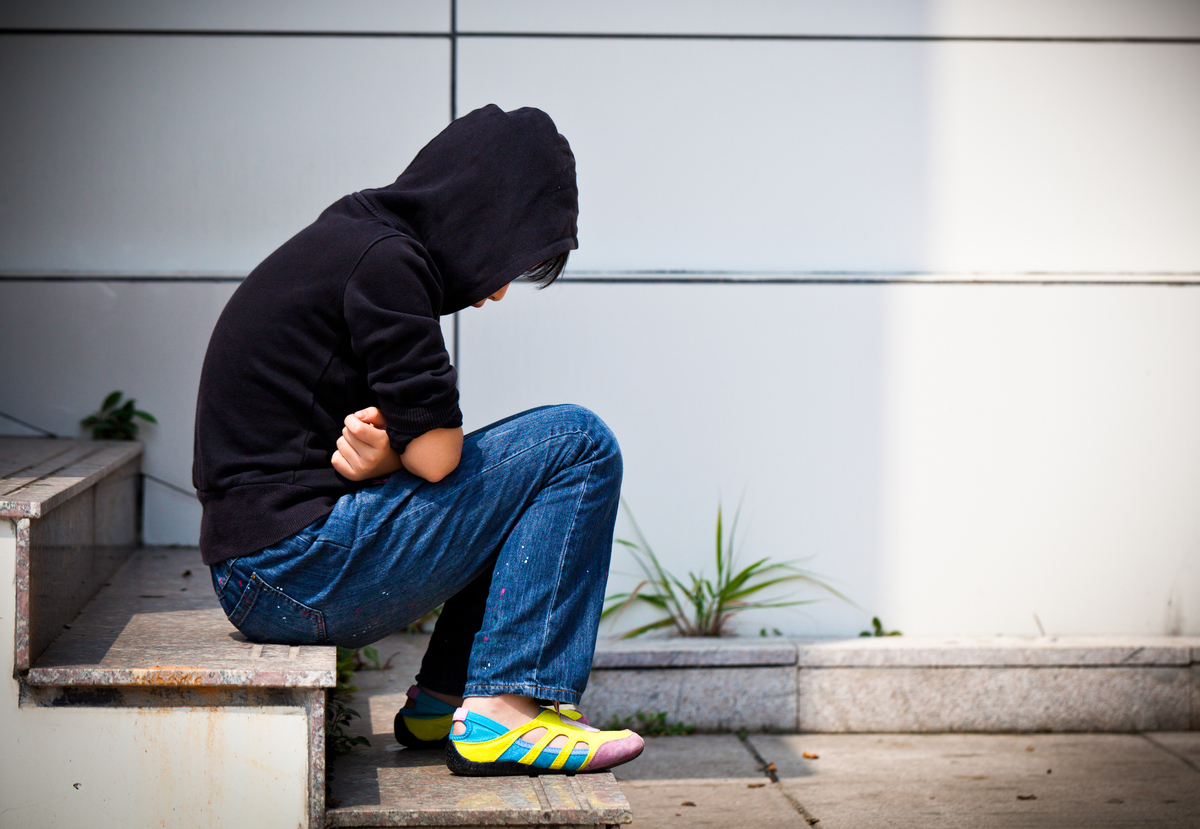 Researchers followed a group of kids from childhood into adulthood to track the link between trauma in early life and adult mental health.

When public health officials get wind of an outbreak of Hepatitis A or influenza, they spring into action with public awareness campaigns, monitoring and outreach. But should they be acting with equal urgency when it comes to childhood trauma?

A new study published in the Journal of the American Medical Association suggests the answer should be yes. It shows how the effects of childhood trauma persist and are linked to mental illness and addiction in adulthood. And, researchers say, it suggests that it might be more effective to approach trauma as a public health crisis than to limit treatment to individuals.

The study drew on the experiences of participants from the Great Smoky Mountains Study, which followed 1,420 children from mostly rural parts of western North Carolina, over a period of 22 years. They were interviewed annually during their childhood, then four additional times during adulthood.

This study has something other similar studies don't, says William Copeland, a professor of psychiatry at the University of Vermont who led the research. Instead of relying on recalled reports of childhood trauma, the researchers analyzed data collected while the participants were kids and their experiences were fresh. And the researchers applied rigorous statistical analysis to rule out confounding factors.

The study is "probably the most rigorous test we have to date of the hypothesis that early childhood trauma has these strong, independent effects on adult outcomes," he says.

For Copeland, the wide-ranging impacts of trauma call for broad-based policy solutions in addition to individual interventions. "It has to be a discussion we have on a public health policy level," he says.

When these children grew up, psychiatric problems and other issues persisted. Even after researchers adjusted for factors like recall bias, race and sex, the impact of those childhood psychiatric problems and hardships, the associations remained. Participants who experienced childhood trauma were 1.3 times more likely to develop psychiatric disorders than adults than those who did not experience trauma, and 1.2 times more likely to develop depression or substance abuse disorder.

Participants with histories of trauma were also more likely to experience health problems, participate in risky behavior, struggle financially, and have violent relationships or problems making friends. And the more childhood trauma a person experienced, the more likely they were to have those problems in adulthood.

Copeland acknowledges the study's limitations—it included mostly white participants in rural settings, and a disproportionately high number of Native American participants compared to the rest of the United States due to the area's high concentration of members of the Eastern Band of Cherokee Indians. But the study is nonetheless important, says Kathryn Magruder, an epidemiologist and professor of psychiatry at the Medical University of South Carolina.

"I think it should put to rest any kind of speculation about early childhood trauma and later life difficulties," she says.

Though the link has been shown in earlier research, Magruder says, this new study can help direct future research and policy. "Why are we revisiting it? Because it is time to think about prevention," she says. Trauma is a public health problem, she adds, and should be met with a public health approach.

Psychologist Marc Gelkopf agrees. In an editorial published along with the study, he writes: "If the ills of our societies, including trauma, are to be tackled seriously, then injustice must be held accountable."

The policy implications are clear, says Jonathan Purtle, a mental health policy researcher and assistant professor at Drexel University's Dornsife School of Public Health. "We need to prevent these things from happening to children and support family and community so that people can be more resilient," he says. Policymakers can create coalitions around issues like mental health and trauma-informed approaches in contexts like education and healthcare, he says.

One step in that direction comes with the SUPPORT for Patients and Communities Act, a bipartisan bill to address the opioid crisis that was signed into law October 24. The law recognizes links between early childhood trauma and substance abuse. It includes grants to improve trauma support services in schools, created a task force to provide recommendations on how the federal government can help families whose lives have been impacted by trauma and substance abuse, and requires the Department of Health and Human Services to help early childhood and education providers spot and address trauma.

Bills like the SUPPORT Act enjoy bipartisan and are a promising start, says Purtle — but they don't go far enough. To really reduce trauma and mitigate its effects, he says, policymakers must pursue community investment and policies like minimum wage laws that reduce economic pressure on people who are struggling.

"It's more than just 'toughen up and deal with it,' " he says. "A lot of it comes down to people not having to live their lives in a state of chronic and constant stress."

An earlier version of this story said study participants were from mostly rural parts of western South Carolina. They were from North Carolina.