Accessibility links
Nebula Genomics Aims To Speed Research And Lower Cost Of Genome Sequencing : Shots - Health News A full genome sequence costs about $1,000. But Nebula Genomics expects that companies and researchers would defray the cost in exchange for key medical information about the person involved. 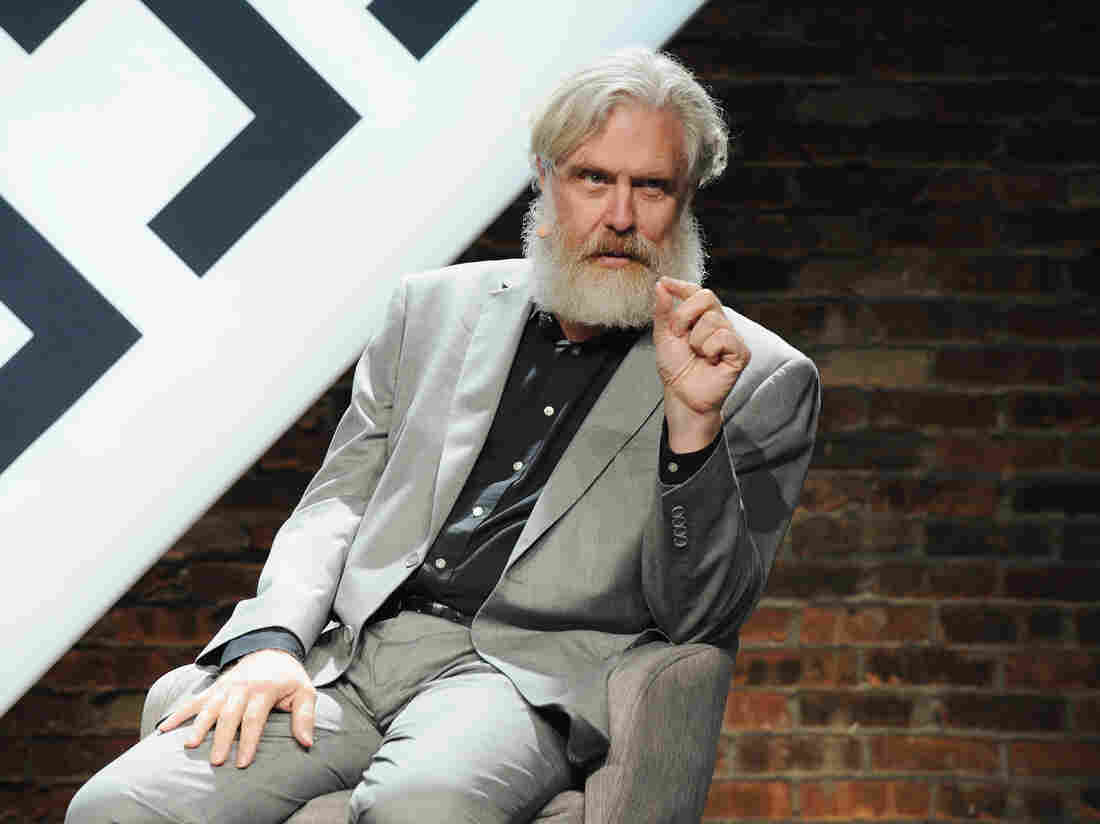 "Everything is private information, stored on your computer or a computer you designate," says George Church, genetics professor at Harvard Medical School, about the approach of Nebula Genomics. Craig Barritt/Getty Images for The New Yorker hide caption 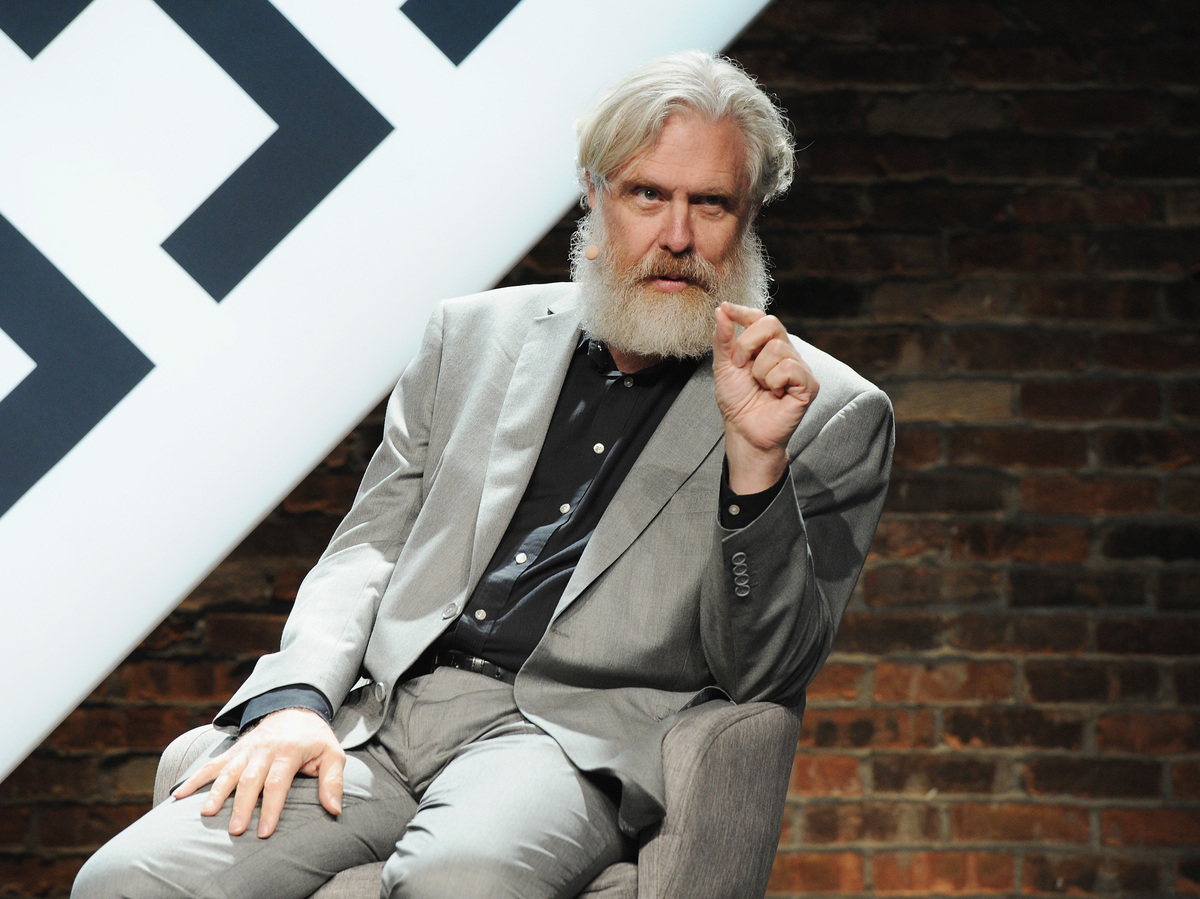 "Everything is private information, stored on your computer or a computer you designate," says George Church, genetics professor at Harvard Medical School, about the approach of Nebula Genomics.

A startup genetics company says it's now offering to sequence your entire genome at no cost to you. In fact, you would own the data and may even be able to make money off it.

Today, companies like 23andMe make some of their money by scanning your genetic patterns and then selling that information to drug companies for use in research. (You choose whether to opt in.)

Church says his new enterprise leaves ownership and control of the data in an individual's hands. And the genomic analysis Nebula will perform is much more detailed than what 23andMe and similar companies offer.

Nebula will do a full genome sequence, rather than a snapshot of key gene variants. That wider range of genetic information would makes the data more appealing to biologists and biotech and pharmaceutical companies.

Generating a full sequence costs about $1,000, but the price continues to tumble, Church says. Nebula's business model anticipates that companies and research organizations would be willing to pay for the cost of sequencing, if in exchange they also get some key medical information about the person involved. If that proves to be the case, people would get their genetic information at no cost.

The company hopes most people will pony up $99 to get the process going. "Ninety-nine bucks will get you a little bit of genetic information, but to get the full thing, [companies or researchers] will have to be interested in either your traits or your genome or both," Church says.

In fact, people might even make money on the deal, especially if they have an unusual trait that a company wants to study. Those payments could be "probably anywhere from $10 to $10,000, if you're some exceptional research resource," Church says.

And it's not just people with diseases who could be of value to pharmaceutical companies. "Even people who seem to be healthy, they might be super healthy and not even know it," he says.

Church's approach is part of a trend that's pushing back against the multibillion-dollar industry to buy and sell medical information. Right now, companies reap those profits and control the data.

"Patients should have the right to decide for themselves whether they want to share their medical data, and, if so, with whom," Adam Tanner, at Harvard's Institute for Quantitative Social Science, says in an email. "Efforts to empower people to fine-tune the fate of their medical information are a step in the right direction." Tanner, author of a book on the subject of the trade in medical data, isn't involved in Nebula.

The current system is "very paternalistic," Church says. He aims to give people complete control over who gets access to their data, and let individuals decide whether or not to sell the information, and to whom.

"In this case, everything is private information, stored on your computer or a computer you designate," Church says. It can be encrypted so nobody can read it, even you, if that's what you want.

Drug companies interested in studying, say, diabetes patients would ask Nebula to identify people in their system who have the disease. Nebula would then identify those individuals by launching an encrypted search of participants.

People who have indicated they're interested in selling their genetic data to a company would then be given the option of granting access to the information, along with medical data that person has designated.

Other companies are also springing up to help people control — and potentially profit from — their medical data. EncrypGen lets people offer up their genetic data, though customers have to provide their own DNA sequence. Hu-manity.co is also trying to establish a system in which people can sell their medical data to pharmaceutical companies.

Church, a genetics pioneer, has also developed other business models before. The Personal Genome Project allows people to donate their genome and health data to help speed medical research. Veritas Genetics charges $1,000 to produce a complete genome, and provides the resulting medical information to people along with genetic counseling.

Church has been trying to accelerate research into health and disease through these efforts. Jason Bobe, an associate professor in the genetics department at the Icahn School of Medicine at Mount Sinai, says one bottleneck has been getting people to participate in research. (Bobe has collaborated with Church but isn't involved in Nebula Genomics.)

With more control over personal data, and the possibility of a personal financial return, "I'm hopeful that this model will actually attract people, where historically people have been very disinterested in participation in research."

A 23andMe spokesman said customers must opt in to allow their data to be shared, rather than opting out from default sharing, as the initial version of this article said.