Accessibility links
How To Talk To Filipino Parents About Mental Health : Shots - Health News A daughter tries to find out why her mom wouldn't talk to her about her emotional struggles. The answer partly had to do with 400 years of colonialism ... and American TV.

It started with accepting just how different our life experiences have been. 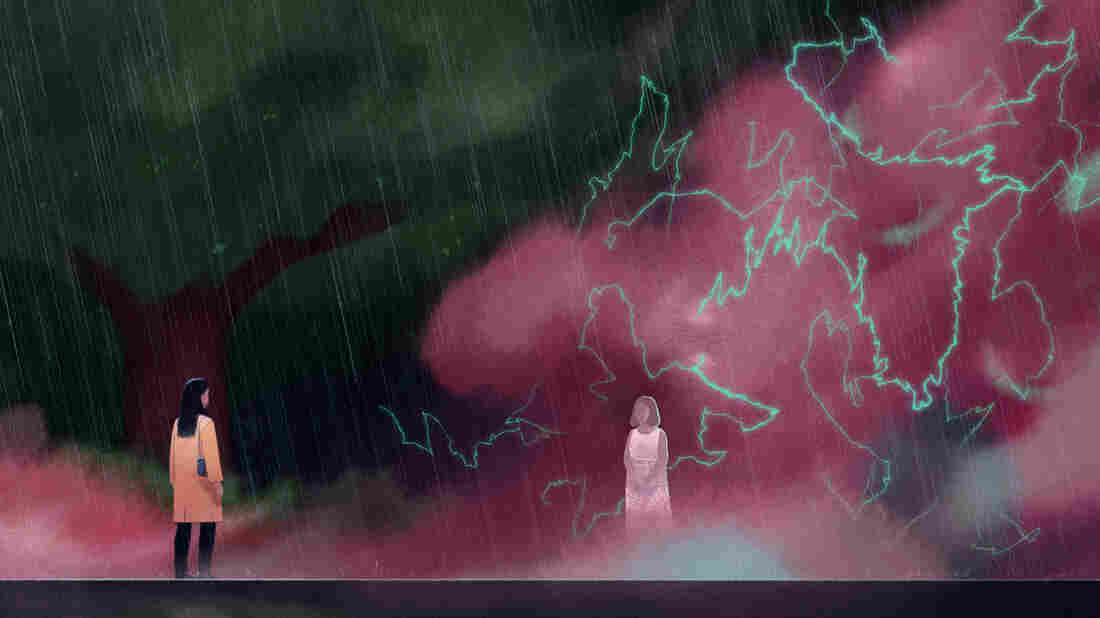 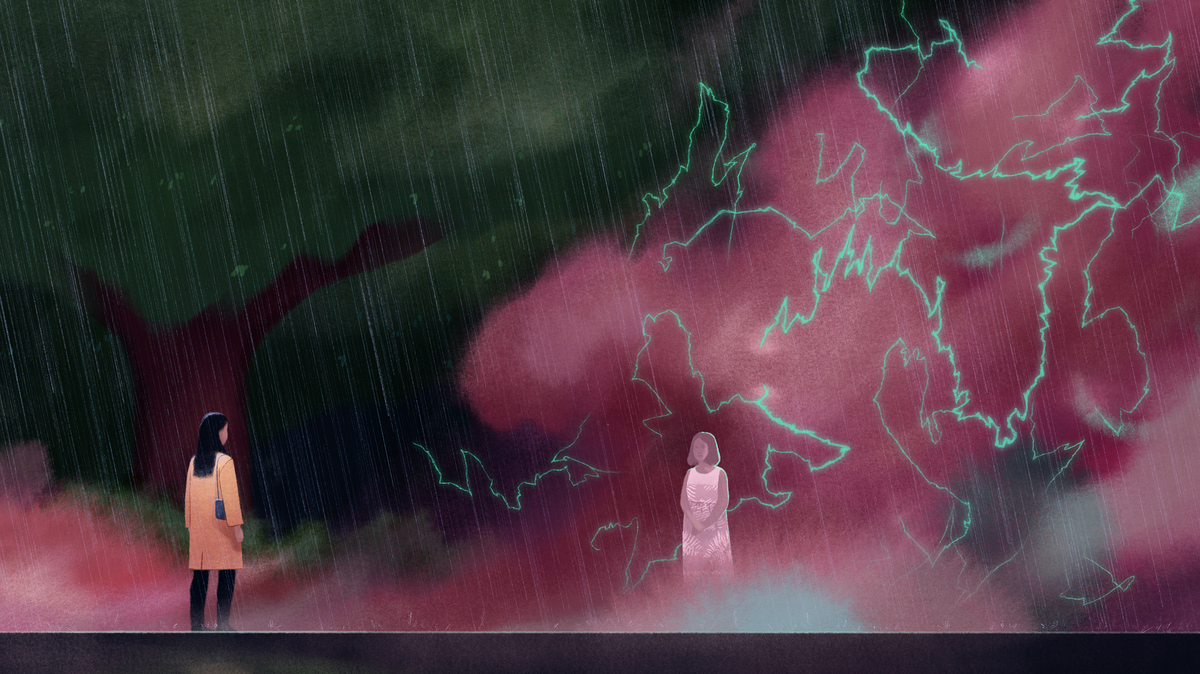 I was having a tough summer.

I was working a day job while writing a book, sometimes pulling 14-hour days. I felt overcome with guilt when I wasn't working toward my deadline. I hardly had time to see friends. Most of my down time was spent in an unhealthy way: scrolling through social media.

I was irritated, isolated and anxious. For the first time in my life, I started going to therapy, which was difficult for me to admit to myself that I needed.

So I called the second most important person in the world (besides my husband): my mom. On the phone, I listed all my woes, hoping to hear words of support.

She responded: "You don't need therapy. You're fine. Imagine what it was like for me."

She then recited the story I had heard so many times before. She came alone to this country from the Philippines in the early 1980s. She raised my little sister and me as a single mom. She worked two jobs to support us, including working grueling overnight shifts and holidays. Life was hard. Really hard.

She didn't think that what I was going through was a big deal. This absolutely crushed me. Whatever problems I might have as her American-born daughter in the richest country on earth, they were nothing compared to hers.

I left that conversation feeling like whatever I was going through was all in my head, and maybe I was — as my mom mentioned on our phone call — "thinking too much."

Well, it certainly made me think. Why did my mom brush my problems aside? And I'm 32, an adult. Why did her opinion matter so much? Why didn't she get it — get me? 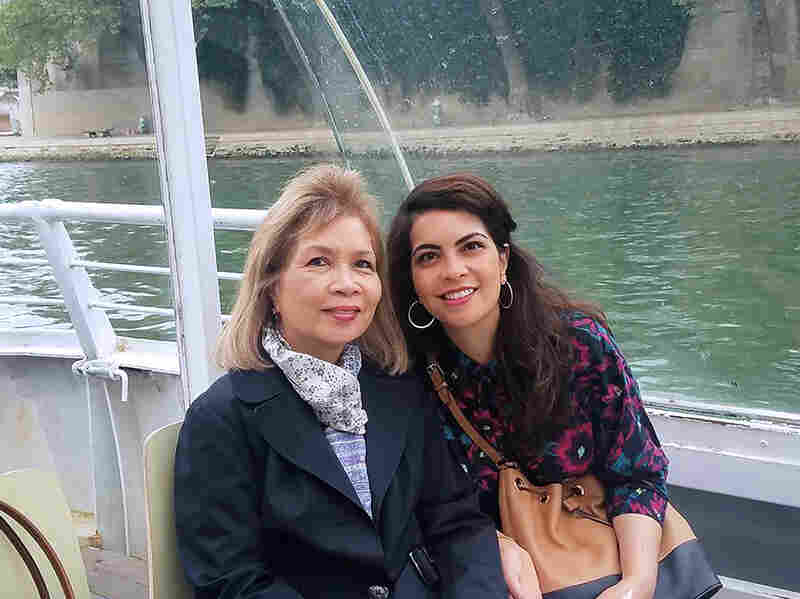 The author Malaka Gharib and her mother Fleurdeliz San Pedro on a family trip to Paris in April. Courtesy of Maro Mercene hide caption 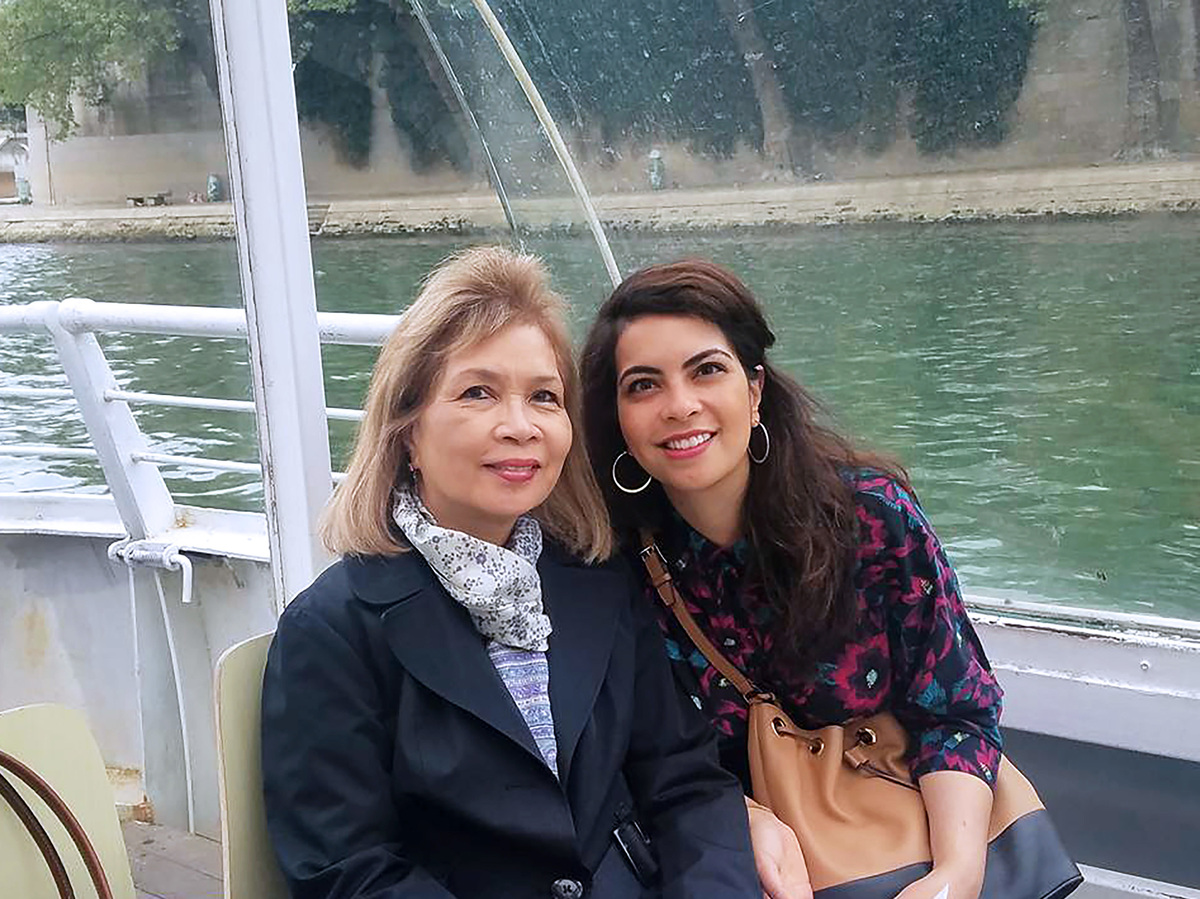 The author Malaka Gharib and her mother Fleurdeliz San Pedro on a family trip to Paris in April.

It's hard for anyone to talk about mental health, especially to parents. But I wanted to know if there was something about Filipino and immigrant culture that made things a little more complicated. So I turned to Filipino-American researchers to help me try to see things from my mom's perspective — and understand my own frustration.

Help us make NPR's health coverage more relevant for you by completing an NPR research survey. Click here to start the questionnaire.

It turns out Filipinos care a lot about what their family members think. Filipinos, he says, are some of the most collectivistic people in the world. What that means, he says, is that "we don't just care about ourselves — we are family-centered and our parents are a big part of our lives."

So, while mental health carries a societal stigma — or even shame — for everyone, "for Filipinos, that shame is doubled," he says. "Not only do we not want to shame ourselves, we don't want to bring shame to our family."

Some part of me must have anticipated that stigma, hence my own hesitation to jump into therapy. In hindsight, I was probably looking for validation from my mom. Maybe if she was OK with it, then I'd be OK with it, too.

"Getting approval from our parents is important so that they understand us. So that we know we're not bringing our family shame," David explains.

That's why it's so important for young Filipino-Americans to talk to their parents about their struggles — and to be understood, says Stephanie Balon, a Filipino-American youth and family therapist at the Daly City Youth Health Center in California. "When there's a disconnect between parents and children, you can imagine how isolating that can be."

Maybe it can help those in my generation see where our parents are coming from. It's not that they don't care, but they have a very different experience.

For instance, my mom may have a different definition of what "hardship" means, says David, likely from her own experience as an immigrant and growing up in a lower-income country — a common thread among many immigrant cultures in the U.S.

She might also deal with stress and anxiety in a totally different way, says Balon. Balon interacts with young Filipino-American patients and their parents at the youth center where she works.

While I sought treatment in the form of therapy, my mom might not have done the same. Filipino immigrants have a hard time trusting traditional ideas of Western mental health and interventions like counseling and drugs, says Balon. Instead, they may turn to religion — the clergy and prayer — to resolve their emotional concerns. More than 80 percent of Filipinos are Roman Catholic, according to a 2015 government report from the Philippines.

"I was overhearing my parents talking about someone who had just passed away," says Balon. "I heard my dad say, 'bahala na,' which is translated as – it's in God's hands. It'll work itself out. Many parents defer to that way of thinking."

This sentiment can be traced back to the Philippines' history of colonization, says Kevin Nadal, author of a book on Filipino-American psychology and a professor of psychology at John Jay College of Criminal Justice at City University of New York.

For nearly 400 years, the Spanish ruled the country, followed by half a century of American occupation. "For years, Filipinos were told what to do and to accept it," he says. "So dealing with the cards we were dealt — it's a coping mechanism."

Nadal had another theory of the disconnect between me and my mom. Maybe it comes from growing up on American TV, he suggested. I thought about Rory and Lorelai's close relationship on the Gilmore Girls. Who didn't want that?

"For Filipino-Americans, there's this desire of what child-parent relationships could be like, from what they've seen from TV and non-Filipino friends: communicative," says Nadal. In the Philippines, parents and kids have a more formal relationship, he adds.

So there I had it, for the most part: the answers to my questions.

I can't blame my mom for her reaction. She just has a really different view of mental health — what it means and how to treat it. And by caring so much about what she thought, I was just being a dutiful Filipino daughter, concerned about my her and my family's reputation; but also a dutiful American one: hoping to foster a more open relationship.

I told my mom what I'd learned. She agreed with pretty much all the researchers' points — except the last one. She could talk to Nanay, my grandma, about anything, she told me. In high school, she had a terrible breakup with her boyfriend and cried for a whole month. She remembers that her mom helped her get through it.

So I tried again. I asked her, why didn't she take my troubles seriously when I told her about them this summer?

She was scared, she said, "that I didn't make you strong enough to stand on your own."

"I wanted you to think, maybe, that you could overcome it," she added. "That this was only a temporary situation."

They were lovely words, words I needed to hear from my mother.

I just wish, I told her, you could have said them to me then.