Accessibility links
Catholic Hospitals Restrict Doctors From Moonlighting As Abortion Providers : Shots - Health News Some doctors are morally opposed to performing abortions. Others feel it's their calling and give up weekends to work at small clinics that offer them. And that can put their jobs in jeopardy. 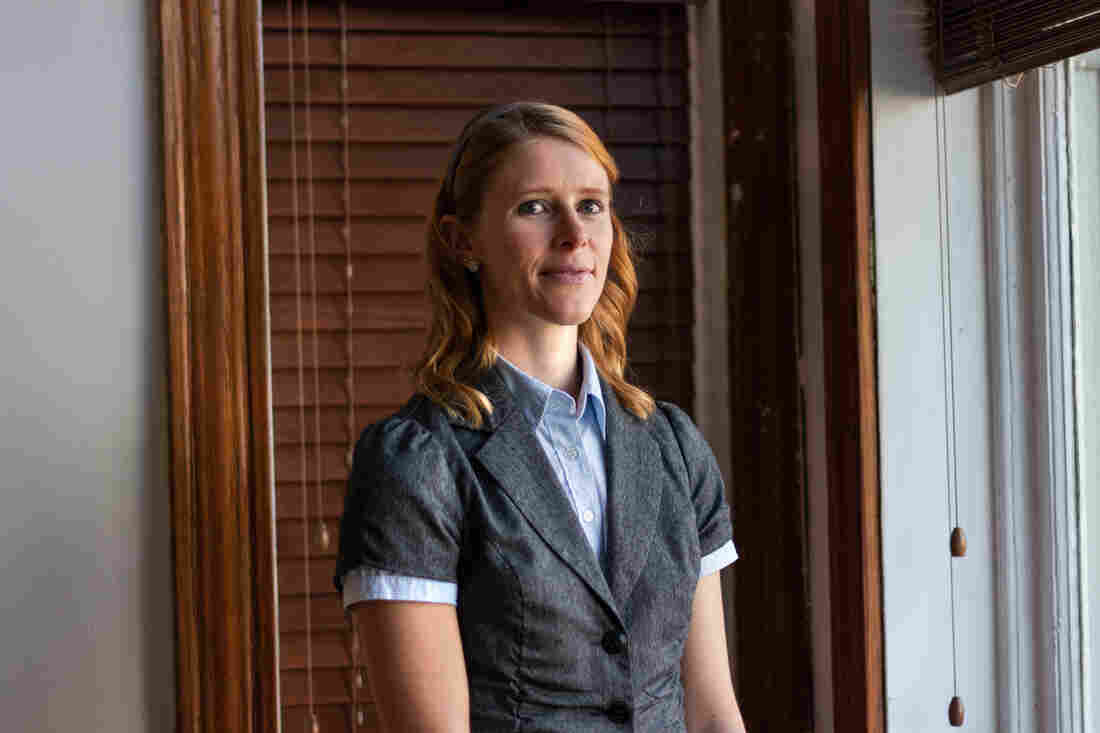 Dr. Kimberly Remski was told by a potential employer that she couldn't provide abortions during her free time, something she felt called to do. "I realized it was something I really needed to do," she says. Kim Kovacik for NPR hide caption 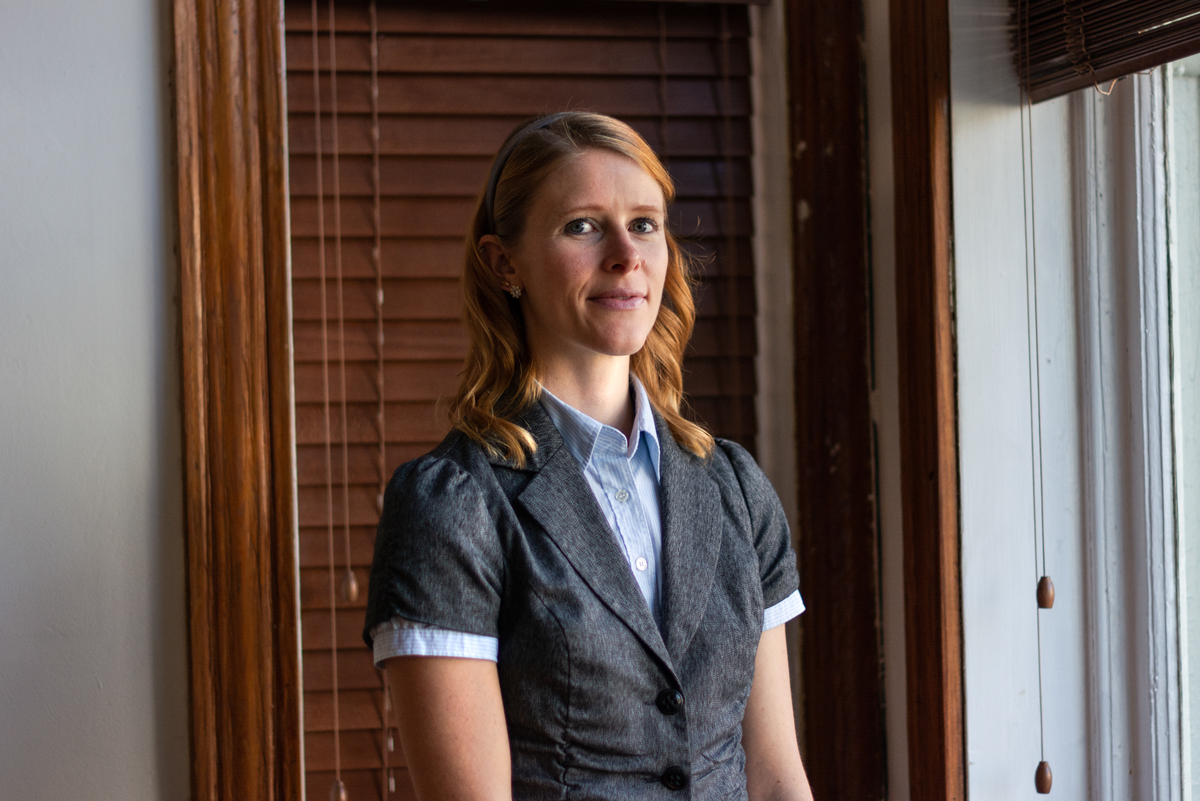 Dr. Kimberly Remski was told by a potential employer that she couldn't provide abortions during her free time, something she felt called to do. "I realized it was something I really needed to do," she says.

Doctors who are opposed to abortions don't have to provide them. Since the 1970s, a series of federal rules have provided clinicians with "conscience protections" that help them keep their jobs if they don't want to perform or assist with the procedure.

Religious hospitals are also protected. Catholic health care systems, for example, are protected if they choose not to provide abortions or sterilizations. Doctors who work for religious hospitals usually sign contracts that they'll uphold religious values in their work.

But as the reach of Catholic-affiliated health care grows, these protections are starting to have consequences for doctors who do want to perform abortions — even as a side job.

Religious hospitals often prohibit their doctors from performing abortions — even if they do so at unaffiliated clinics, says Noel León, a lawyer with the National Women's Law Center. León was hired about two years ago to help physicians who want to be abortion providers. They have little in the way of legal protection, she says.

This kind of legal argument, León says, may prevent doctors from providing care they feel called to offer. And since many clinics that provide abortions rely heavily on part-time staff, it may also prevent these clinics from finding the doctors they need to stay open.

Dr. Kimberly Remski sought help from León when she was job hunting. She is a primary care physician but had always been interested in women's health. When she first set foot in a clinic that provides abortions, she realized it was her passion.

"A lot of the things we spend our time doing in training are monotonous, or you're getting swamped in work," she says. "I just remember leaving the clinic feeling like I was doing something really important."

She interviewed for a job as a primary care doctor with IHA, one of the largest physician groups in Michigan, in 2017. She says she was clear about her desire to work one day a week in an independent clinic that provides abortions.

Part-time work is common for outpatient physicians, and Remski says the doctors she interviewed with were receptive.

"I was very upfront. I told that them that was a special interest of mine. I wanted to be able to pursue it," she says.

She signed a contract, and started preparing for her move. Then she got a call that the offer was off. 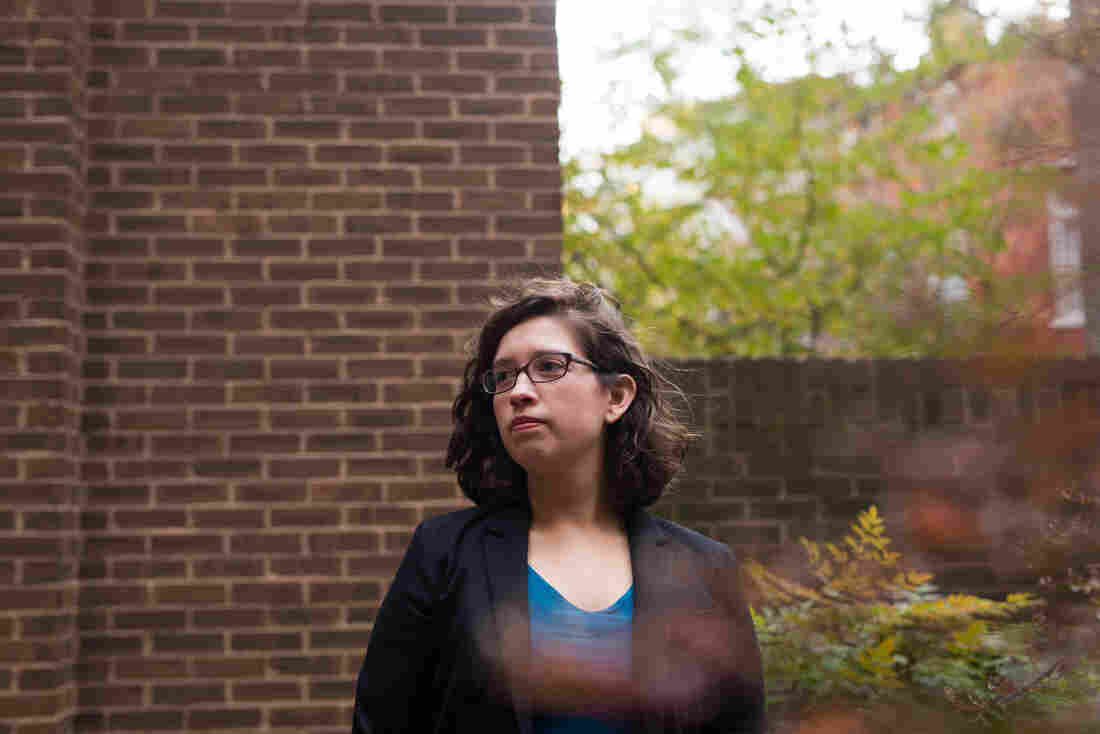 Remski learned that her potential employer was actually owned by a larger Catholic hospital network called Trinity Health, and it requires physicians to "provide services in a manner consistent with the Ethical and Religious Directives for Catholic Health Care Services," according to her contract.

And, she says, she was shocked to learn Trinity Health would also have had a say over how she spent her free time. IHA officials told her that she couldn't work on the side as an abortion provider if she took the job, Remski says.

Trinity Health had merged with IHA in 2010, part of a wave of mergers that has led to a net increase in Catholic ownership of hospitals. According to a 2016 report from MergerWatch, an organization that tracks hospital consolidation, 14.5 percent of acute care hospitals are Catholic-owned or affiliated. That number grew by 22 percent between 2001 and 2016, while the overall number of acute care hospitals dropped by 6 percent.

León says she has worked with at least 30 physicians and nurse practitioners from 20 different states who faced problems similar to Remski's when they disclosed to their employers, or potential employers, that they planned to provide abortions.

"They're being told, 'We can't provide the care we went into medicine to provide,' " León says. "We shouldn't be putting providers in the position of caring for their patients or keeping their jobs."

Representatives of IHA would not agree to a phone interview about Remski's situation, but spokesperson Amy Middleton explained in an email that IHA "works hard with our physicians to enable them to pursue other positions." But, she added, "outside work that interferes with a physician's ability to serve patients or contradicts the organization's practices could present a conflict of interest."

Dr. Barbara Golder, the editor of the Catholic Medical Association journal, Linacre Quarterly, says that language about morality is ubiquitous in contracts — and that it is reasonable that religious institutions might not want to be associated with abortion providers.

According to Lance Leider, a Florida attorney who has reviewed hundreds of physician contracts, it is "exceedingly common" for contracts, not just at religiously affiliated hospitals, to include language about the reasons an employer can fire a doctor, including but not limited to morality clauses.

"There's always a laundry list of things the employer can terminate the contract for," Leider says. "There's usually a catch-all. Anything that calls into question the reputation of the practice."

These clauses tend to be vague, León adds, which means employers can invoke them to prevent a wide range of activities, like political activity, controversial posts on social media or, in religious hospitals, physicians spending time at clinics that provide abortions.

The restrictions may have ramifications not only for physicians but for many clinics that provide abortions. Smaller clinics may be staffed almost entirely with part-time doctors, and when they can't find enough, they're sometimes left unable to meet the demand for services.

"We don't have full-time doctors," says Shelly Miller, the executive director of Scotsdale Women's Center in Detroit, one of the clinics where Remski worked. "We really cannot afford to have a provider sit here all day and wait for patients to come in."

Through her involvement with the National Abortion Federation, Miller often talks with other directors of small clinics that provide abortions and sometimes other women's health services. She says that many of her counterparts say they exclusively hire part-time physicians because they simply don't need somebody full time. If more physicians are prohibited from part-time abortion work, it may put some smaller clinics out of business, Miller worries.

It's hard to know exactly how many of these clinics primarily use part-time staff, according to Rachel Jones, who studies the demographics of U.S. abortion services at the Guttmacher Institute, a family planning research organization. Ninety-five percent of abortions take place in clinics as opposed to hospitals, Jones notes, which may be more likely to utilize a team of part-time staff.

León doesn't have data to show how common it is for physicians to be threatened with termination for providing abortions. She guesses that doctors will either give up on providing abortions — or, like Remski did, look for a different job that allows them to. León spends much of her time speaking to groups of doctors about how to approach contract negotiation if they want to provide abortions.

Ultimately, Remski says, she parted amicably from IHA, since "it felt like the wrong place for me."

She ended up finding a job at an urgent-care clinic in Michigan, which allowed her to work part time at three separate clinics that provide abortions. She has since moved to Chicago, where she also splits her time between providing abortions and primary care.

"I was providing a service that was needed and necessary," Remski says. "I realized it was something I really needed to do."

An earlier version of this story implied that religious hospitals have federal "conscience protections" if they don't provide contraception. In fact, only one form of contraception, namely sterilization, is mentioned in the federal rules.