Accessibility links
Questions About Treatments For Pregnant Women Arise From Study Exclusions : Shots - Health News To protect a developing fetus from experimental drugs or treatments that might cause birth defects, pregnant women aren't included in many clinical trials. But that limits the safety evidence, too. 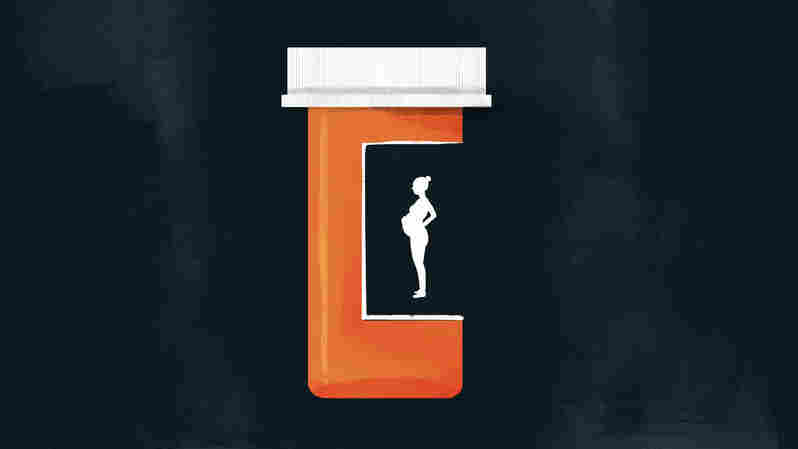 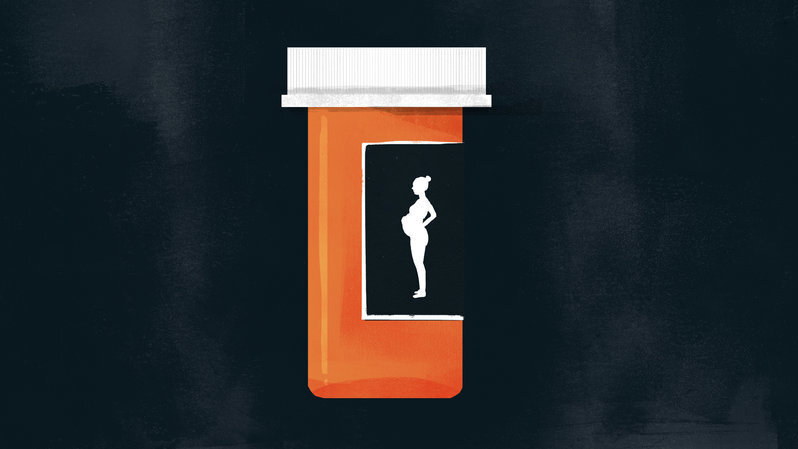 Jenna Neikirk was nearing the end of her first pregnancy when her blood pressure shot up to dangerous levels.

"I started feeling splotchy and hot, just kind of uncomfortable, so I took my blood pressure at work and it was 160 over 120," she says. Neikirk's a physical therapist in Atlanta and knew that level was alarmingly high.

She left work and walked over to her obstetrician's office, which was in the same medical complex.

The doctors were making sure her blood pressure didn't get so high as to cause a stroke and that she didn't have symptoms of pre-eclampsia, a condition that can be fatal in pregnant women.

When she was sent home the following day, the doctor put Neikirk on bed rest and told her to stop working. She wasn't offered any of the dozens of medications on the market that treat high blood pressure. 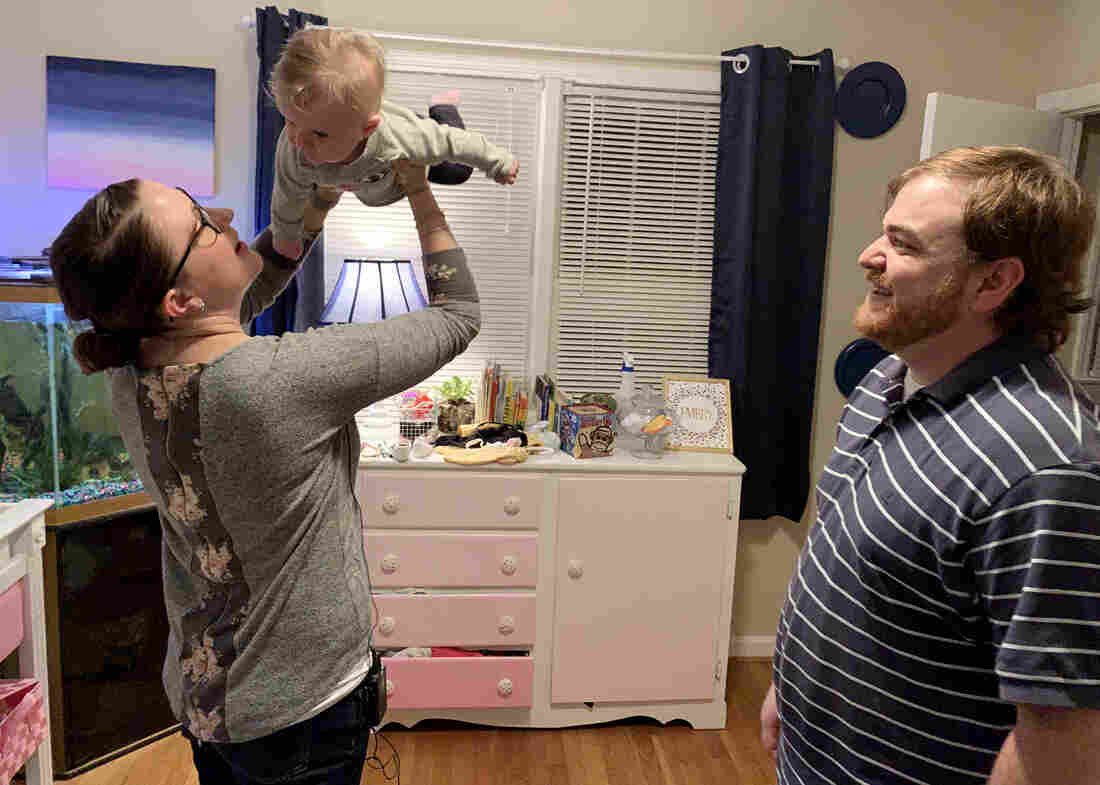 Jenna Neikirk and her husband, Zach, play with their 5-month-old, Embry, in their apartment in Atlanta. Jim Burress/WABE hide caption 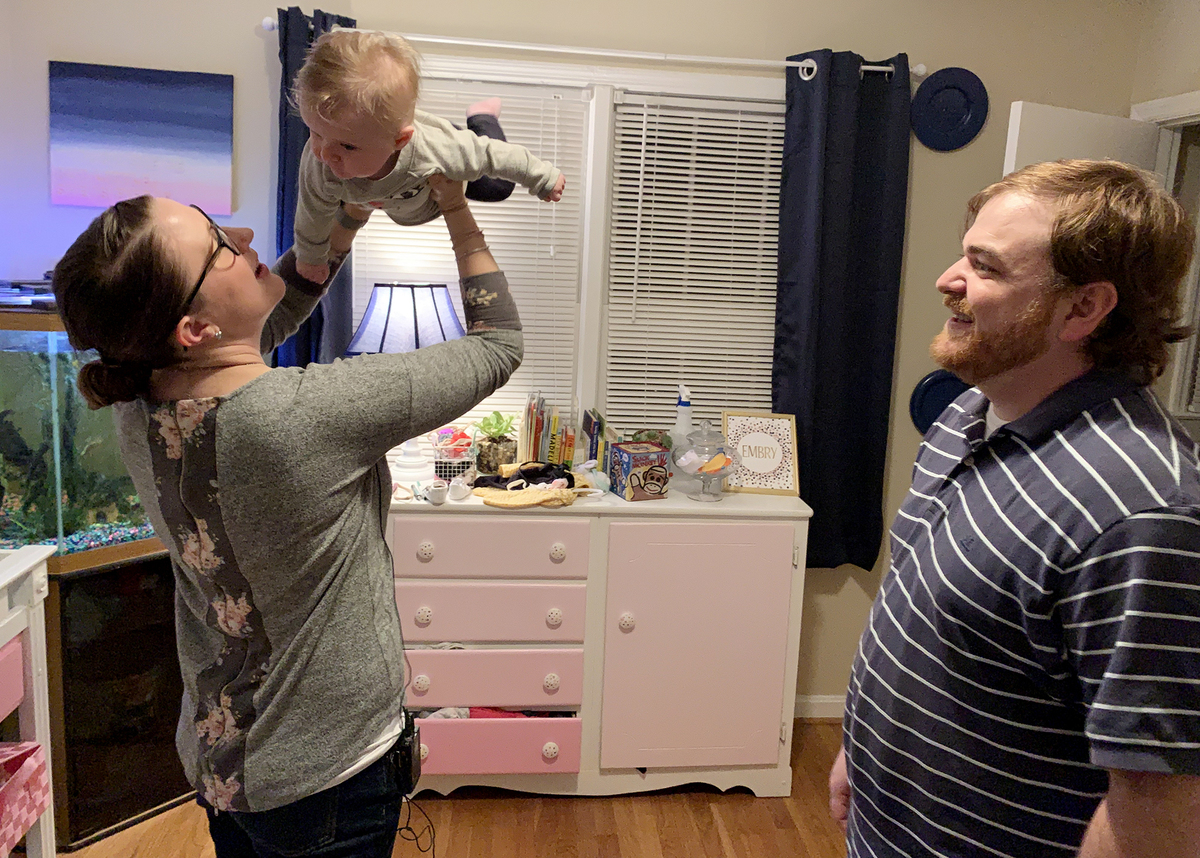 Jenna Neikirk and her husband, Zach, play with their 5-month-old, Embry, in their apartment in Atlanta.

That's likely because none of those drugs is explicitly approved by the Food and Drug Administration for treatment of pregnant women.

"Gestational hypertension itself is a separate condition, and we actually don't have any medications that are developed specifically for that," says Dr. Catherine Spong, chief of maternal-fetal medicine at the University of Texas Southwestern Medical Center in Dallas.

The American College of Obstetricians and Gynecologists recommends women with pre-existing hypertension continue to use some blood pressure medications. And the group says women who develop high blood pressure can receive "emergency treatment" with some drugs.

Still, bed rest isn't recommended. ACOG cautions against bed rest because there's no evidence that it helps pregnant women and it may even cause harm.

Neikirk found herself in a situation that many pregnant women do today. They have a medical problem — either that existed before they were pregnant or was caused by being pregnant — and their doctors have to figure out how to deal with it without a strong foundation of medical research to help their decisions.

Historically, pregnant women have been excluded from medical research, because scientists and ethicists were concerned that experimenting on them could hurt them or their fetus.

"Pregnant women are considered a vulnerable population, so, in general, researchers aren't permitted to experiment on pregnant women," says Jacqueline Wolf, a professor of the history of medicine in the Department of Social Medicine at Ohio University.

Researchers have to take special precautions to do studies on vulnerable populations, including children, the mentally disabled, incarcerated people and pregnant women. So researchers typically exclude these groups to get their studies approved.

But one result is that doctors caring for pregnant women have fewer tools to care for them when they're ill, Wolf says.

"That's where the irony comes in," she says. "Because researchers are hardly ever permitted to conduct trials on pregnant women, we end up experimenting on pregnant women all the time, because we can't accumulate a solid fund of evidence. So we just stick with the old standards, or we introduce new things without doing trials on them."

When a woman gets pregnant, her pre-existing medical conditions don't disappear, says UT Southwestern's Spong. She lists a litany of conditions — autoimmune disorders, diabetes, hypertension, infections, asthma, preterm labor, gestational hypertension or hyperemesis -- for which there are few therapies that are specifically developed for or tested on pregnant women.

She says when women are pregnant, their blood volume doubles and their liver and kidney function change. No one knows how that affects the medication.

So doctors across the country find themselves prescribing medications, or taking patients off them, without strong evidence either way.

By keeping pregnant women out of studies, Spong says, "You are putting them and their fetuses more at risk."

Spong was chair of a federal task force, mandated in 2016 by the 21st Century Cures Act, that studied the gaps in health care knowledge about pregnant and lactating women. The group issued a 388-page report in September that recommends that pregnant women be routinely included in research studies, that the government devote time and money to studying existing drugs in pregnant women and that the government help develop new drugs to treat problems related to pregnancy and breastfeeding.

Health and Human Services Secretary Alex Azar is supposed to respond to the task force recommendations by the end of December. He didn't respond to a request made through his spokeswomen for an interview.

Over the years, scientists have accumulated observational research on the safety and efficacy of some existing drugs, including blood pressure medications, says Dr. Alison Cahill, chief of maternal fetal medicine at Washington University in St. Louis.

And for those drugs that have shown themselves to be safe, she says, doctors usually recommend women continue to use them after they become pregnant.

But few studies compare a drug with a placebo in pregnant women, which is considered the gold standard, and few studies show how medications react differently after a woman becomes pregnant. Without that arsenal of well-researched medications, Cahill says she and her patients have to weigh the pros and cons of using a drug, or leaving an ailment untreated.