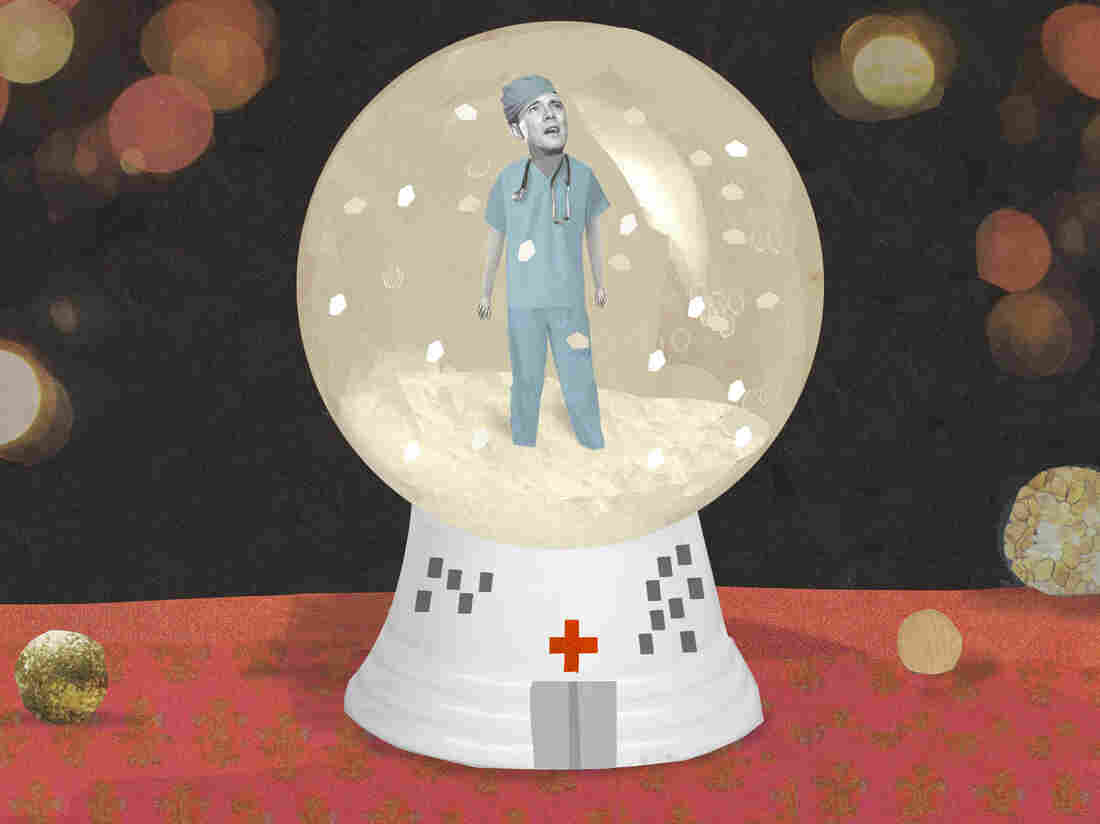 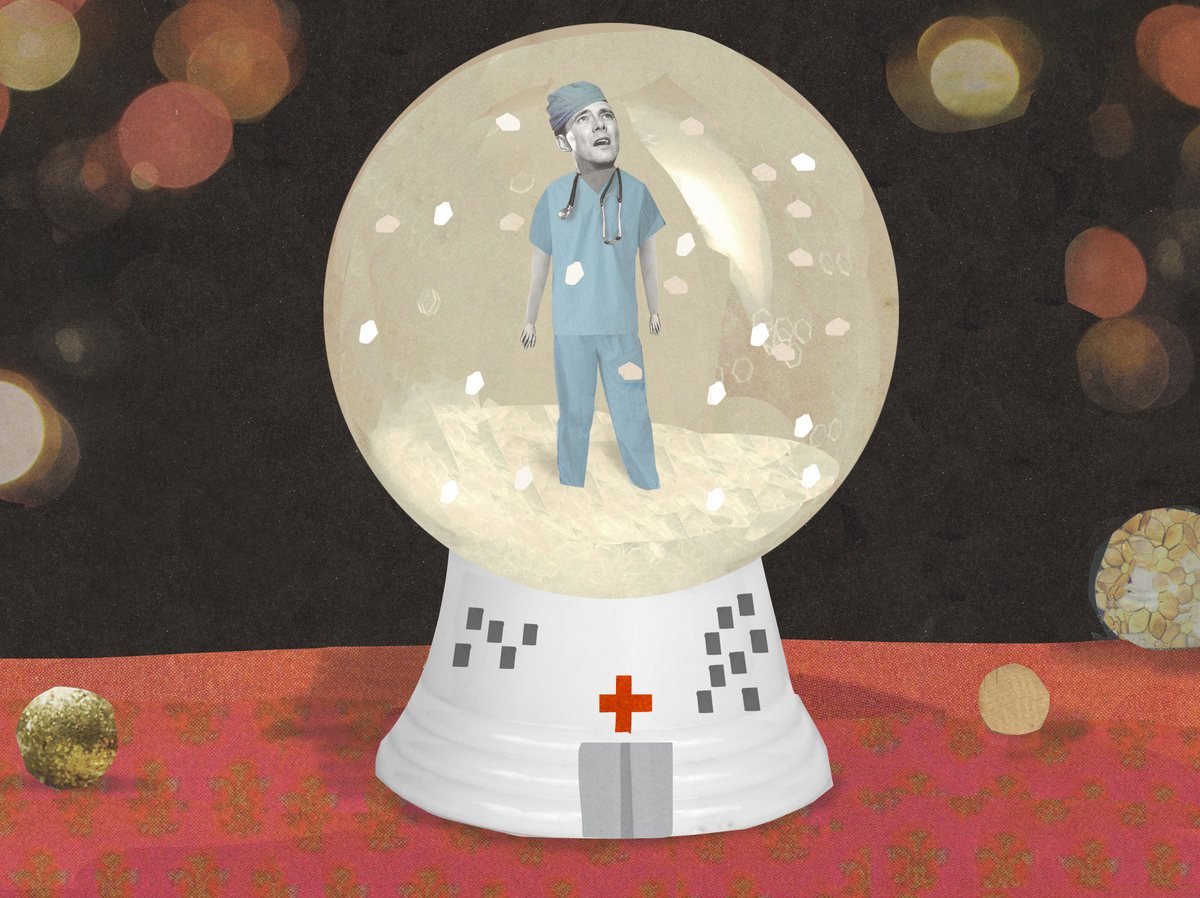 In what has become a holiday tradition for Shots, we're encoring a piece by Dr. John Henning Schumann that first ran in 2013. He reminisced then about a difficult assignment during his medical residency that helped him understand what it meant to be a good doctor.

There are no school breaks during residency. Being a medical resident is a real job, and a stressful one at that. Residents work long shifts, as long as 24 hours straight and sometimes even 28 hours when needed for patient handoffs.

He was in a coma. We didn't know the cause but set to work trying to give him every opportunity to arise from the slumber of his critical illness.

Will had suffered a brain injury. One effect was diabetes insipidus, a condition that meant his kidneys couldn't hold on to his body's water. The result can be rapid dehydration and death.

When it was my turn on call, the instructions were simple: Keep Will alive until his relatives could come and say goodbye in person. Will's grieving mother had expressed the wish, and we felt honor-bound to make it happen. We saw ourselves in Will, and his mother could easily have been our own.

Editor's note Dec. 26, 2018: This story was updated from the original version to reflect a relaxation in work-hour restrictions for first-year residents.

John Henning Schumann is a writer and doctor in Tulsa, Okla. He serves as president of the University of Oklahoma, Tulsa. He also hosts Public Radio Tulsa's Medical Matters and is on Twitter: @GlassHospital