Accessibility links
Parenting Podcast And New Book By Hillary Frank Started With A Difficult Delivery : Shots - Health News Hillary Frank struggled after a childbirth injury left her in chronic pain for months. Her podcast The Longest Shortest Time, and her book Weird Parenting Wins aim to give other parents a voice. 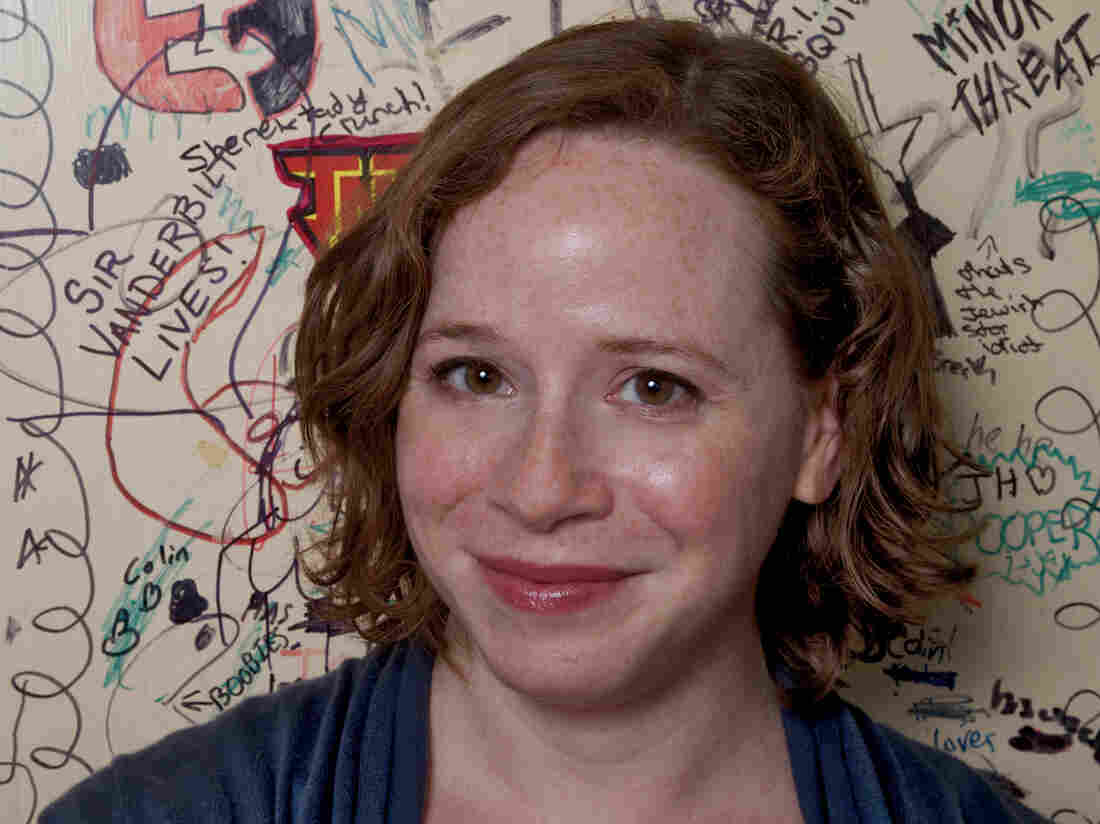 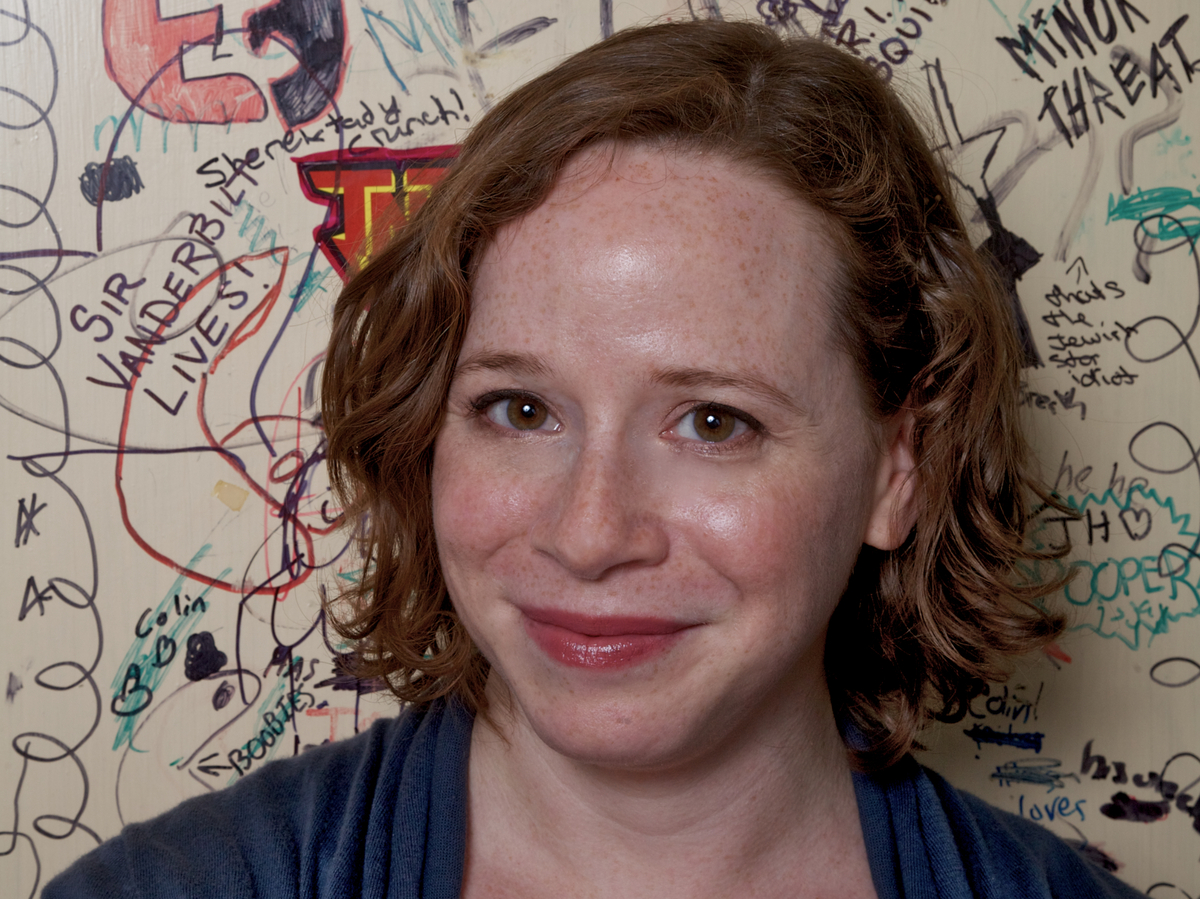 Hillary Frank is the creator of the podcast The Longest Shortest Time. Her new book is Weird Parenting Wins.

Almost 10 years ago, journalist Hillary Frank was pregnant and planning to give birth without medication or surgery — but things didn't go according to her plan.

Instead, Frank experienced a prolonged and difficult labor that left her with a traumatic injury — chronic pain from an episiotomy that didn't heal as expected, and had to be redone. For months she was unable to walk, sit or easily hold or nurse her newborn daughter, and didn't fully recover for three years. To make matters worse, beyond the physical injury, she felt she couldn't talk openly about what had happened to her.

"There is a general sense in our society that it's not proper to talk about these kinds of injuries," Frank says. "If I had gotten injured that severely on any other part of my body, of course I would have been talking about it with my friends. ... But because it was in a private part of my body I couldn't." 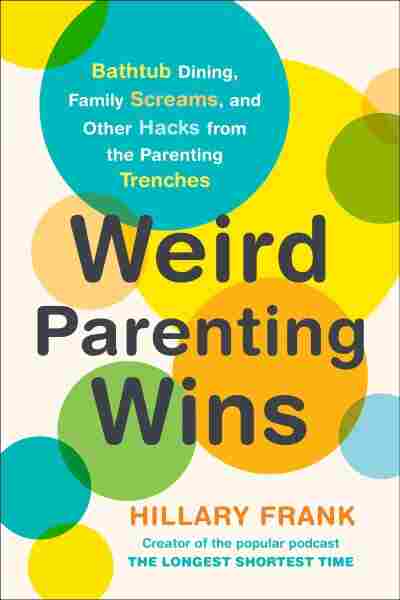 Bathtub Dining, Family Screams, and Other Hacks from the Parenting Trenches

Gradually, Frank realized that other women had similar experiences. She decided to start the podcast The Longest Shortest Time to talk about childbirth, sex and the dilemmas of parenting young children. Frank says the best part about starting the podcast was connecting with other parents.

On her experience in giving birth

I started pushing and nothing was happening, and so I pushed and pushed and — time is weird when you're pushing the baby out and the baby's not coming — but I pushed for three hours. ... I had a midwife who was my favorite midwife. I felt so lucky that she was there with me, and she said she was going let me push for another half hour. And I thought, "Wow, that's really nice." But then I pushed for another half hour and the baby didn't come out. So she said, "I think it's time to give you an episiotomy [a surgical incision to the vaginal opening meant to help enable childbirth]."

[When the pain was at its worst] it felt like this was my new forever. It was hard to imagine ever being able to take care of this little new human that I had in my care. ... I was angry at everybody. ... At first, I was really mostly aiming it at myself. I felt really strongly that I had failed at childbirth and it was all my fault. That, like, if I had just done the breathing right, if I had just, you know, accepted one last massage from my midwife, if I had just done a hands and knees [position before delivery to facilitate labor] one more time, like maybe I could have gotten her to turn. [The baby, Sasha, was turned the wrong way in utero.] Maybe I could have relaxed enough to make my labor progress. It turned to my baby too, because I was like, "Well why didn't she turn? Why didn't she do what she was supposed to do?" Which also feels kind of irrational.

And then [the anger] turned to [the medical staff] at the hospital. There was just so much anger to go around.

On how an episiotomy that didn't heal properly, even after repairs, affected every aspect of her life for three years after the baby's birth

On a purely physical level, I had to sit in a certain way in order to avoid being in pain when I was seated, and it gave me chronic pain in my hip and it made it difficult for me to even sit cross-legged. So just on that kind of level it affected me on a daily basis. It also psychologically just made me walk around feeling like there was something wrong with me. It made me feel pretty dead inside, and I feel like it affected how I talk to people. I feel like I was more withdrawn. And then, on a personal level, it really affected my private life with my husband. Sex was difficult, painful.

On struggling with her identity as the mother of a newborn

I felt like I had one identity — and it was mom, and that was it. And I had never been a mom before, and I just felt really empty. I felt like a shell of myself. I just I felt like my only reason for existing was keeping this other little person alive. And I loved her — I wanted her I wanted her to thrive — but I just felt like everything else had disappeared.

On starting her podcast, The Longest Shortest Time

When this came out, at the end of 2010, I didn't think, "There's going be a big audience for this." I was really doing this for myself. I was doing it to feel personally less alone, and I was pleasantly surprised when it turned out that it made other people feel less alone. But we're in a different podcasting landscape now where, like, podcasts have trailers, and people really think about what they're doing when they launch one. For me, it was just I was sitting literally in my bedroom with a microphone talking to other moms while trying to line-up our conversations while both of our kids were napping for 20 minutes. ... I also think it took me outside of my own head to think about other people's stories.

On a helpful parenting tip she learned through writing her book

There's a game that a mom made up called, "What's on my butt?" And the way you play is, when you feel like you just need a break, and your kid feels like they want to play, you lie face down on the couch and you tell your kid ... to go find some random object around the house [and] put it on your butt, and you have to guess what it is. And I play this with my daughter – and it allows me to refuel.

Therese Madden and Thea Chaloner produced and edited the audio of this interview. Bridget Bentz and Molly Seavy-Nesper adapted it for the Web.