Accessibility links
Neuroscientists Pinpoint Cells In The Amygdala Where Pain Hurts : Shots - Health News Researchers have pinpointed the neurons that give pain its unpleasant edge. By turning these neurons off in mice, the scientists relieved the unpleasantness of pain without numbing sensation. 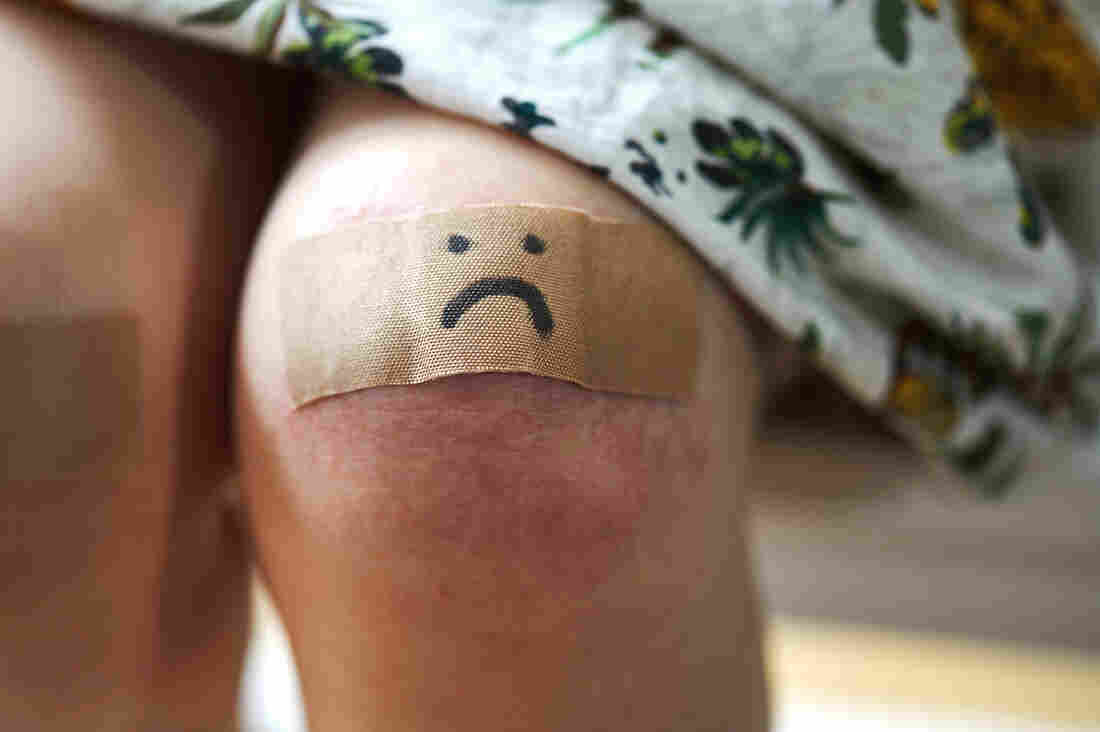 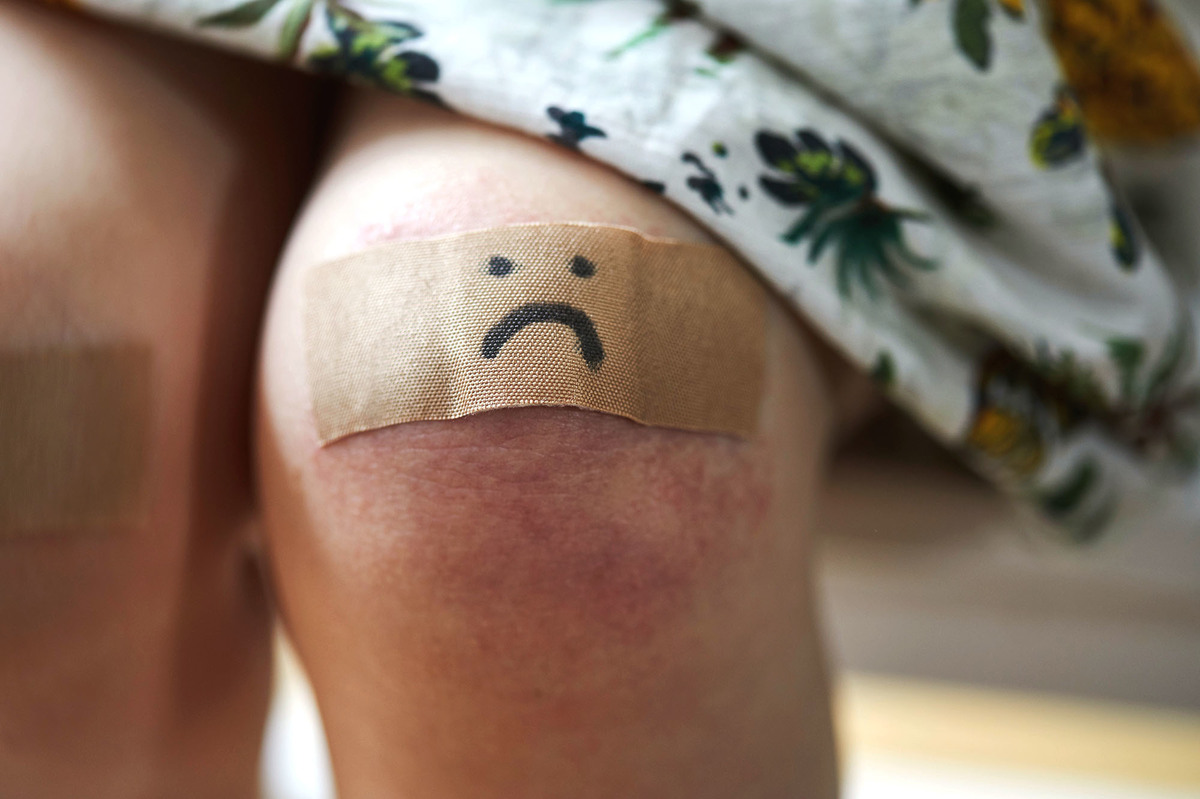 Pain is a complicated experience. Our skin and muscles sense it, just like they sense softness or warmth. But unlike other sensations, the experience of pain is distinctly unpleasant.

Pain has to hurt for us to pay attention to it, and avoid hurting ourselves further.

But for people in chronic pain, the pain has largely lost its purpose. It just hurts.

While it has long been understood how nerves signal pain to the brain, scientists haven't known how the brain adds a layer of unpleasantness.

Findings of a study published Thursday in Science offer an answer. A research team from Stanford University pinpointed the neurons in mouse brains that make pain hurt and were able to alter these neurons in a way that reduced the unpleasantness of pain without eliminating the sensation. The study lays the groundwork for future research into more targeted pain treatments.

"This study is a major advance," says Irene Tracey, a pain neuroscientist at Oxford University who wasn't involved in the study. "It was a tour de force and a welcome addition to understanding this complex and major problem."

Stanford neuroscientist Grégory Scherrer, who co-led the study, started the search for pain neurons in the amygdala — the slim, almond-shaped region scientists know regulates many emotions. The challenge for Scherrer was to sift through the tangle of neurons there and identify the ones associated with pain.

To do this he teamed up with his Stanford colleague Mark Schnitzer, a neuroscientist who developed a miniature microscope, or miniscope, that can be attached to the head of a freely behaving mouse.

"The miniscope allows you to track neurons over time while the mouse is behaving normally," says Schnitzer. 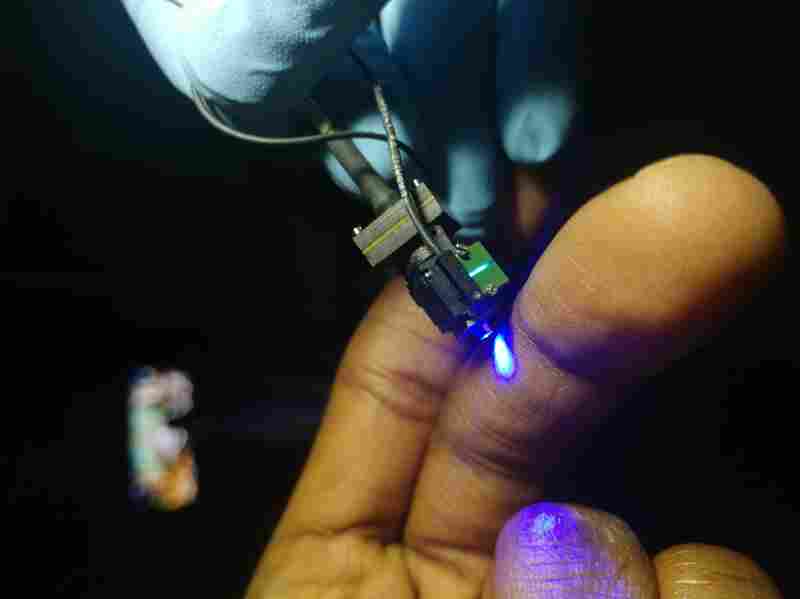 Biafra Ahanonu, a postdoctoral researcher at Stanford University, holds the miniature microscope he used to peer into the brains of mice. Biafra Ahanonu/Courtesy of the Schnitzer laboratory hide caption 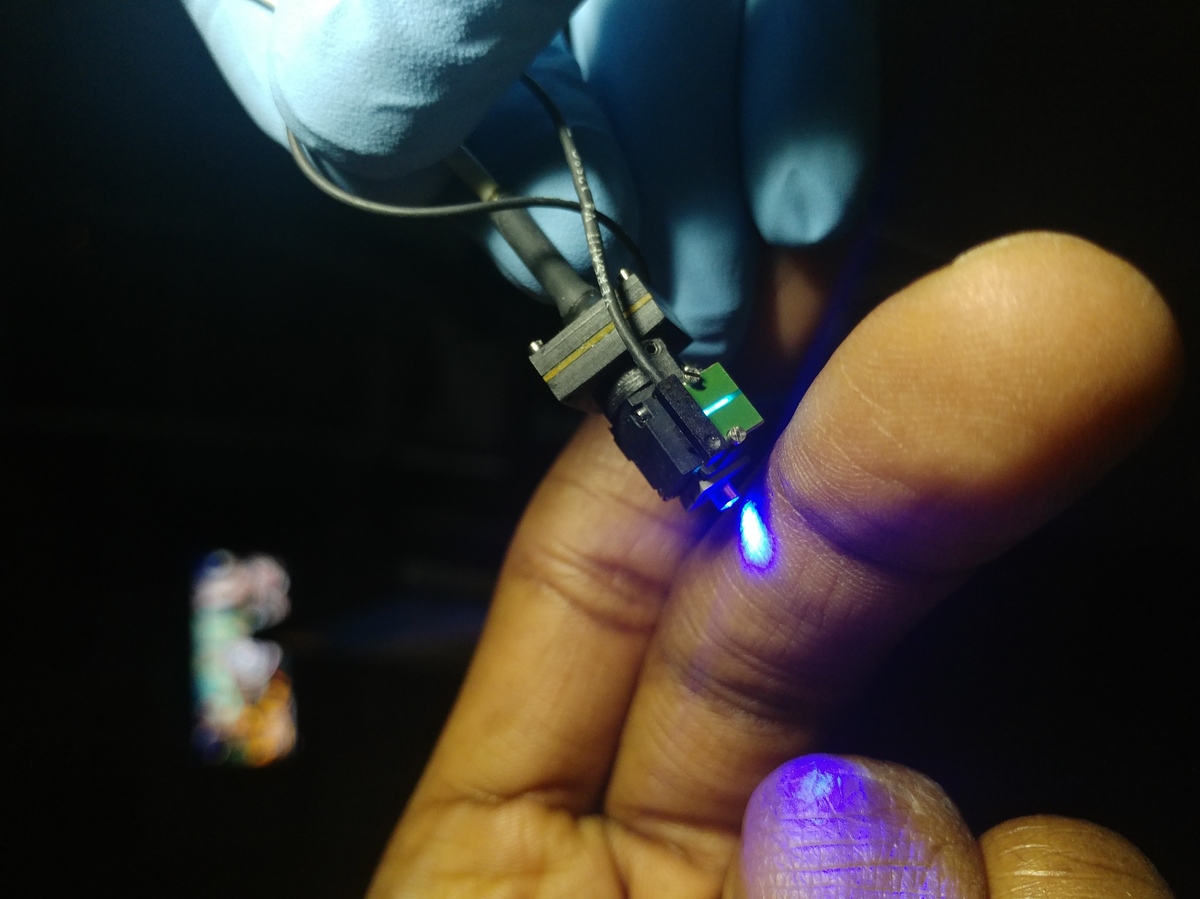 Biafra Ahanonu, a postdoctoral researcher at Stanford University, holds the miniature microscope he used to peer into the brains of mice.

Biafra Ahanonu/Courtesy of the Schnitzer laboratory

To see neural activity, researchers first introduce a fluorescent protein into the amygdala that releases a tiny burst of light when neurons fire. Then, the team guides this slender scope deep into the brain to see which neurons flash as the mouse reacts to painful stimuli, like needle pricks.

When a mouse is in pain it reflexively withdraws, just as our hand does when we touch a hot stove. Scherrer says that these reflexive behaviors indicate the sensation of pain, but aren't unpleasant. Other behaviors, like avoiding the painful stimulus, or licking the paw that touched it, indicate that the pain is unpleasant.

The researchers exposed the mice to a variety of painful and benign stimuli, and identified a constellation of about 150 neurons in a region called the basolateral amygdala that were active only when the mice appeared to be in pain. Further, it seemed that the more pain the mouse experienced, the brighter this constellation in the BLA glowed.

"At this point we could only see that these BLA neurons were correlated with pain," explains Scherrer, "but not if they encoded the unpleasantness of pain."

To answer that question, the research team needed to somehow turn off the pain neurons while the animal was in pain, and see whether the mouse behaves differently.

Getting these switches on pain neurons, and only the pain neurons, required some genetic trickery. "This paper really combines a lot of the most advanced techniques in neuroscience," says Jordan McCall, a neuroscientist at Washington University in St. Louis who wasn't involved in the study.

With the switches in place, the researchers turned off the BLA pain neurons, and found that the mice still sensed pain, but they didn't behave as though it were unpleasant.

This result held up when the researchers looked at mice who had developed chronic pain. Their BLA pain neurons had become so sensitive that they fired at the lightest touch. When Scherrer turned off their BLA pain neurons, the mice still experienced the light touch, but didn't seem to experience it as unpleasant.

"This result got us really excited," says Scherrer, explaining that their results suggest that the unpleasantness of both acute and chronic pain stem from these BLA pain neurons, making them a target for treating pain.

Opioids can be effective in relieving pain, but they are a blunt tool and affect brain areas associated with behaviors as varied as addiction and breathing, for example. "Now that we know what neurons give pain its unpleasantness, we can look for receptors present only in those neurons, and not in other areas of the brain," says Scherrer.

If there are receptors unique to these neurons, researchers could try to design drugs that turn down their activity. If the approach worked, it could lead to a drug that makes pain more bearable, but doesn't dull sensation, according to Schnitzer.

A treatment like that is a long way off, even under the best of circumstances. While this research confirms the BLA neurons play a critical role in making pain hurt, they could be working in concert with other brain areas that would need to be understood. Scherrer and his colleagues are working to trace those connections for a fuller picture.

The research team is already looking for receptors unique to BLA pain neurons. "It's an open question whether we'll find them," says Scherrer. "But I'm hopeful that out of 30,000 genes there will be a couple that encode receptors we can target for treatment."