Accessibility links
Government Shutdown Brings Higher Health Bills To Some Families : Shots - Health News An air traffic controller is just one employee locked into the terms of a health plan because of the ongoing federal shutdown. It's meant his child's hospital bills are "out-of-network."

Federal Shutdown Has Meant Steep Health Bills For Some Families

Federal Shutdown Has Meant Steep Health Bills For Some Families 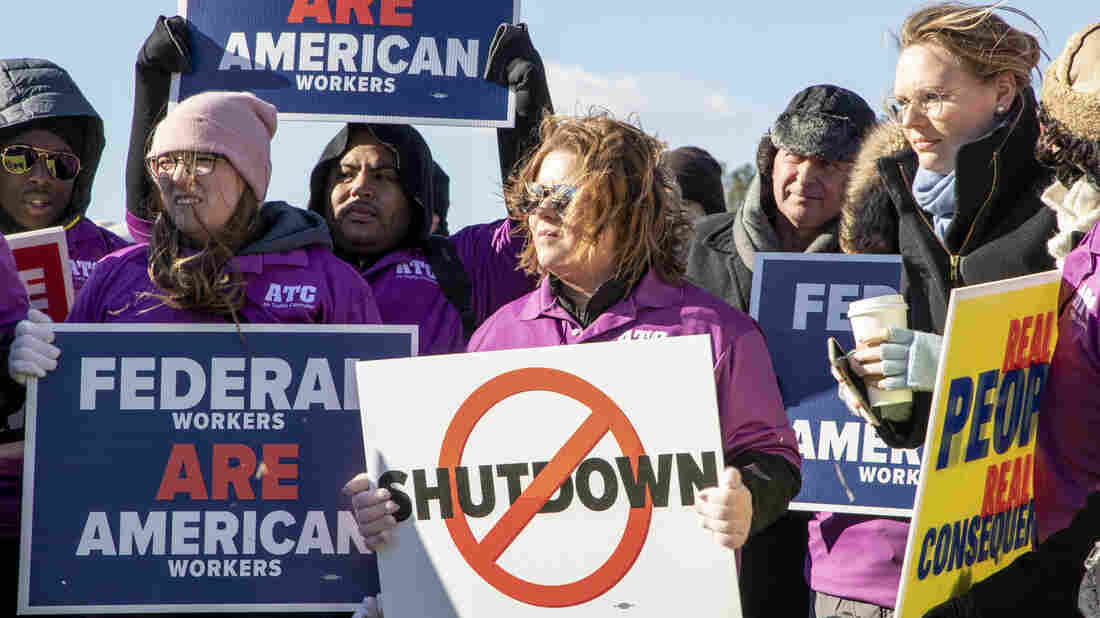 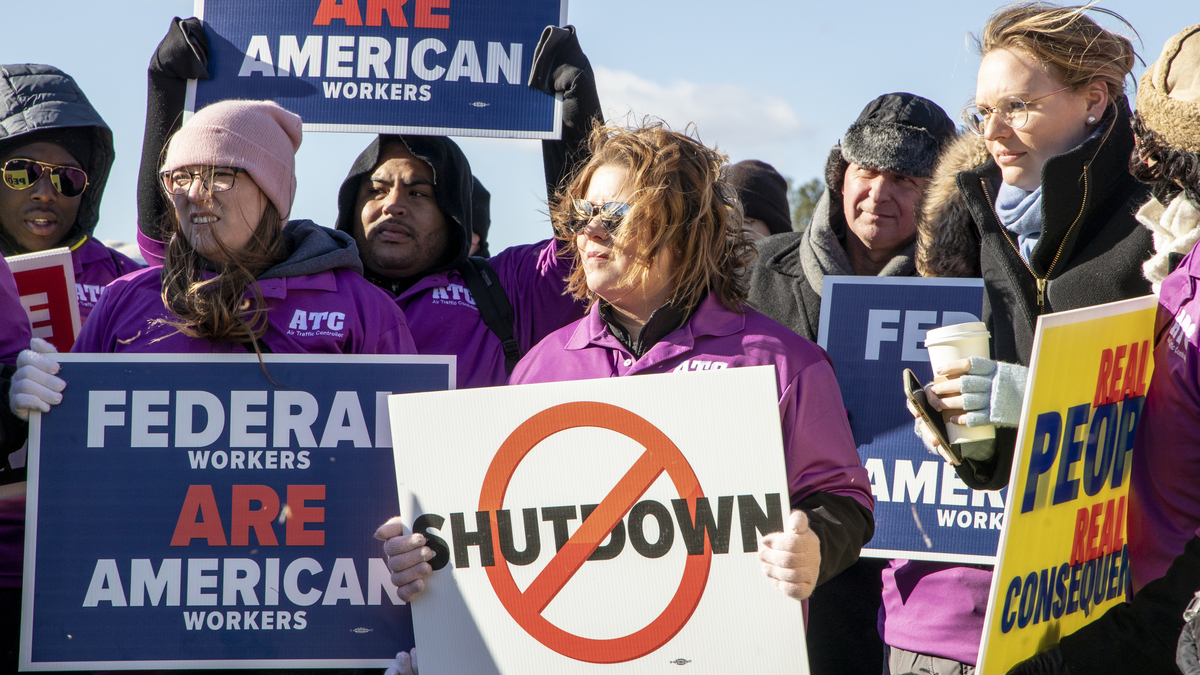 Joseph Daskalakis' son Oliver was born on New Year's Eve, a little over a week into the current government shutdown, and about 10 weeks before he was expected.

The prematurely born baby ended up in a specialized neonatal intensive care unit, the only one near the family's home in Lakeville, Minn., that could care for him.

But Daskalakis, who works as an air traffic controller outside Minneapolis, has an additional worry: The hospital where his newborn son is being treated is not part of his current insurer's network and the partial government shutdown prevents Daskalakis from filing the paperwork necessary to switch insurers, as he would otherwise be allowed to do.

As a result, he could be on the hook for a hefty bill — all the while not receiving pay. Daskalakis is just one example of federal employees for whom being unable to make changes to their health plans really matters.

Although the estimated 800,000 government workers affected by the shutdown won't lose their health insurance, an unknown number are in limbo like Daskalakis — unable to add family members such as spouses, newborns or adopted children to an existing health plan; unable to change insurers because of unforeseen circumstances; or unable deal with other issues that might arise.

"With 800,000 employees out there, I imagine that this is not a one-off event," says Dan Blair, who served as both acting director and deputy director of the federal Office of Personnel Management during the early 2000s and is now senior counselor at the Bipartisan Policy Center. "The longer this goes on, the more we will see these types of occurrences."

While little Oliver Daskalakis is getting stronger every day — he's now out of the ICU, according to his father's local air traffic union representative — it's unclear how the situation will affect his family's finances.

That's because out-of-network charges are generally far higher than being in-network, and NICU care is enormously expensive,no matter what. Those bills could add up, especially as the family's current insurance plan has an out-of-pocket maximum of $12,000 annually. Because Oliver was born before the new year, the family could face that amount twice — for 2018 and for 2019.

And Daskalakis still isn't getting paid.

"I don't know when I'll be able to change my insurance, or when I'll get paid again," Daskalakis wrote to Sen. Tina Smith, D-Minn., who shared the letter on Facebook and before her Senate colleagues last week.

Other families are also worried about paperwork delays, and the financial and medical effects a prolonged shutdown could cause.

After arranging to reduce her work hours because of health problems, Palanker knew her family would not qualify for coverage through her university job. No problem, she thought, as she began the process in December of enrolling her family in coverage offered by her husband's job with the federal government.

But there was a hitch.

"We could not get the paperwork in time to apply for special enrollment through the government and get it processed before the shutdown," Palanker says.

Georgetown allowed her to boost her work hours this month to keep the family insured through January, but Georgetown's share of her coverage will end in February.

Palanker's treatments are expensive, so she is likely to hit or exceed her annual $2,000 deductible in January — then start over with another annual deductible once the family secures new health coverage.

"I'm postponing treatment in hopes that it is just a month and I'm back on the federal plan in February," says Palanker, who has an autoimmune disease that causes nerve damage. "But I can't postpone indefinitely, as my condition will get worse."

Overseeing federal health benefits programs is within the purview of the Office of Personnel Management, whose data hub is operational, according to a spokeswoman. But getting information to that data hub to make the kind of changes Daskalakis, Palanker and others need depends on the individual agencies that employ government workers.

The OPM has told government agencies "that they should have [human resources] staff available during the lapse, specifically to process" such requests, which are called "qualifying life events," the spokeswoman says.

Workers enrolled in plans under the Blue Cross Blue Shield Association, which covers about 5 million federal workers and retirees in the Federal Employees Health Benefits Program, can make qualifying life event changes directly with the insurer if they can't get it processed by their workplace, an association spokesman said Friday.

In a written statement Wednesday, Smith said: "Oliver's story is a powerful reminder that hundreds of thousands of real families have had their financial and personal lives turned upside down by this unnecessary shutdown." The Minnesota senator called on the president to come back to the negotiating table.

For Daskalakis, there's been some recent good news.

His union representative, Tony Walsh, says both the OPM website and Daskalakis' insurer now indicate that the family's request to change to an insurance plan that classifies the hospital as "in-network" will be retroactive to Oliver's birthday — so the out-of-network charges may not play a role.

Just to be safe, "Joe is currently working on an insurance appeal based on no in-network care [being available]," Walsh reports in an emailed statement.

Still, the family has already received an initial $6,000 bill from the hospital, Walsh notes. He says that $6,000 does not include costs associated with Oliver's birth or his stay in the intensive care unit — those charges likely are still to come.

Walsh says the shutdown is affecting a broad swath of employees in ways many lawmakers never anticipated.

The workers "are essential to the system," he says, "and it's unfair they are being treated this way."

Kaiser Health News, a nonprofit news service, is an editorially independent program of the Kaiser Family Foundation and not affiliated with Kaiser Permanente.