Accessibility links
Women's Brains Age More Slowly Than Men's : Shots - Health News Researchers say the metabolism of a woman's brain remains higher than a man's throughout a lifetime. And that may help with late-life creativity and learning. 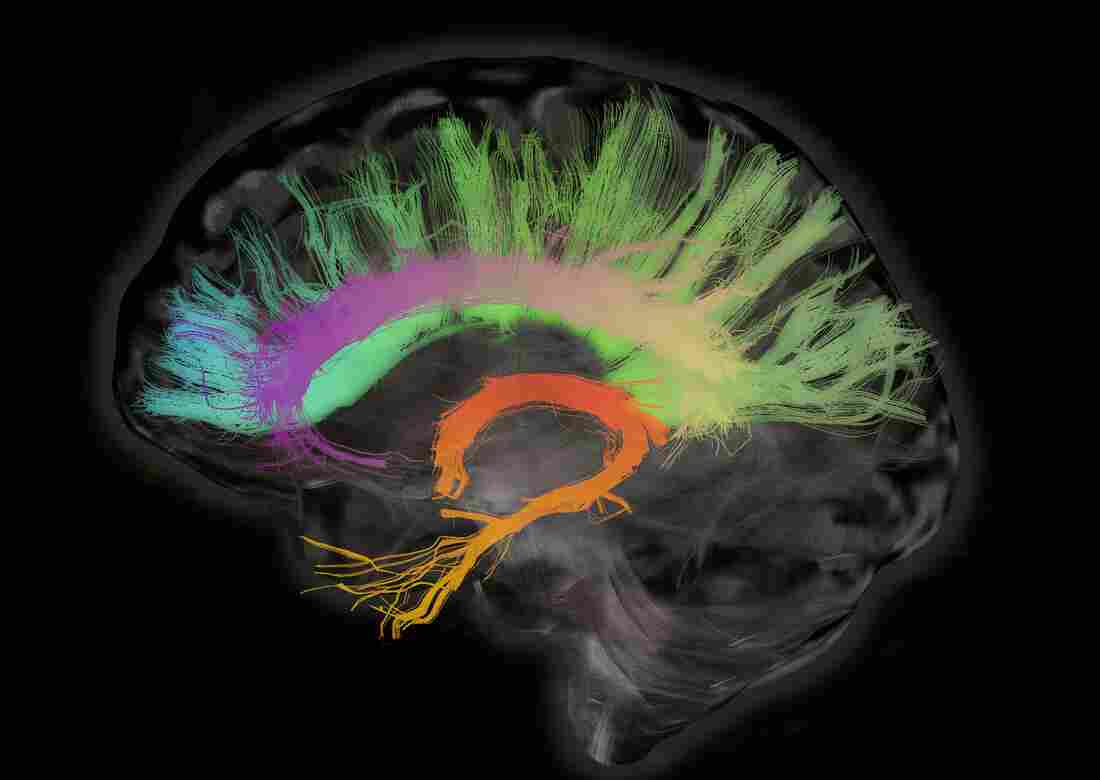 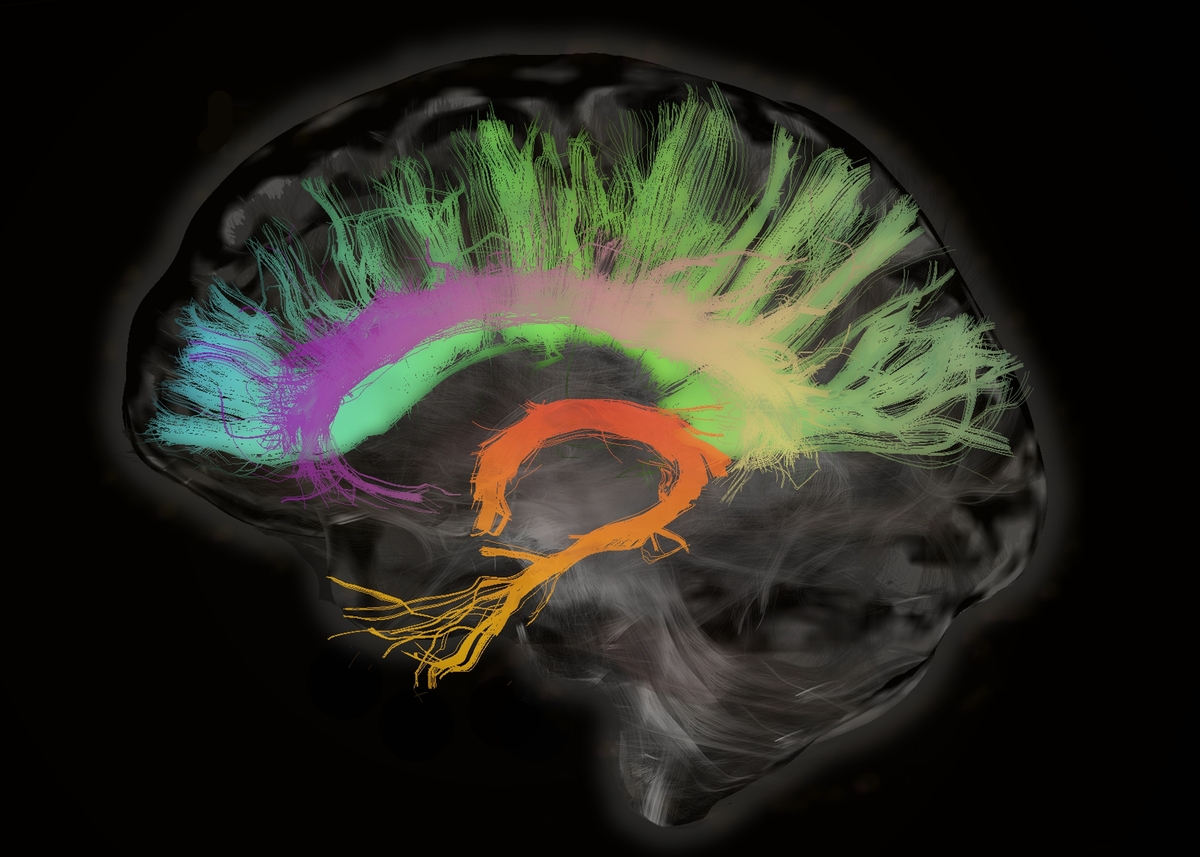 A cross section of the human brain shows fiber tracts involved in aging.

Women tend to have more youthful brains than their male counterparts — at least when it comes to metabolism.

While age reduces the metabolism of all brains, women retain a higher rate throughout the lifespan, researchers reported Monday in the journal Proceedings of the National Academy of Sciences.

"Females had a younger brain age relative to males," says Dr. Manu Goyal, an assistant professor of radiology and neurology at Washington University School of Medicine in St. Louis. And that may mean women are better equipped to learn and be creative in later life, he says.

The finding is "great news for many women," says Roberta Diaz Brinton, who wasn't connected with the study and directs the Center for Innovation in Brain Science at the University of Arizona Health Sciences. But she cautions that even though women's brain metabolism is higher overall, some women's brains experience a dramatic metabolic decline around menopause, leaving them vulnerable to Alzheimer's.

The study came after Goyal and a team of researchers studied the brain scans of 205 people whose ages ranged from 20 to 82. Positron emission tomography scans of these people assessed metabolism by measuring how much oxygen and glucose was being used at many different locations in the brain.

The team initially hoped to use the metabolic information to predict a person's age. So they had a computer study how metabolism changed in both men and women.

Then they reversed the process and had the computer estimate a person's age based on brain metabolism data.

The approach worked. "It was highly predictive of age," Goyal says.

Even so, for some people there was a big difference between their brain age and their chronological age. And Goyal says the team wondered whether this difference was more pronounced in men or women.

"When we looked at males vs. females, we did find an effect," Goyal says. "We found in fact that females had a younger brain age relative to males."

Women's brains appeared about four years younger, on average. But it's still not clear why.

"It makes us wonder, are hormones involved in brain metabolism and how it ages?" Goyal says. Or is it something else, like genetics?

Whatever the cause, higher metabolism may give female brains an edge when it comes to learning and creativity in later life, Goyal says.

"But it might also set up the brain for certain vulnerabilities," he says, including a higher risk of developing Alzheimer's disease.

Brinton sees it differently. She thinks women's higher brain metabolism protects them from Alzheimer's when they are young.

But menopause, she says, causes an "energy transition in the brain," one that affects the brain metabolism of some women far more than others.

Brinton's research suggests that the women most likely to experience a dramatic drop are those who carry a gene variant called APOE4, which increases a person's risk of developing Alzheimer's, or those who have risk factors for Type 2 diabetes.

"It's those women who will begin to develop the pathology of Alzheimer's disease earlier," she says.

As brain metabolism decreases in these women, Brinton says, there's an increase in the sticky proteins that are associated with Alzheimer's.

"This is a process that starts very early in the aging process for some women," Brinton says. "And we can intervene."

How? The steps are a lot like those intended to prevent diabetes, Brinton says. They include diet, exercise and drugs that help the brain and body metabolize sugar.