Accessibility links
SSRIs Can Undercut Some Opioids' Effectiveness, Study Says : Shots - Health News Some antidepressants inhibit a liver enzyme that converts common opioids into their active form. The interaction may reduce the effectiveness of certain opioids for people taking both medicines.

Antidepressants Can Interfere With Pain Relief Of Common Opioids

Antidepressants Can Interfere With Pain Relief Of Common Opioids 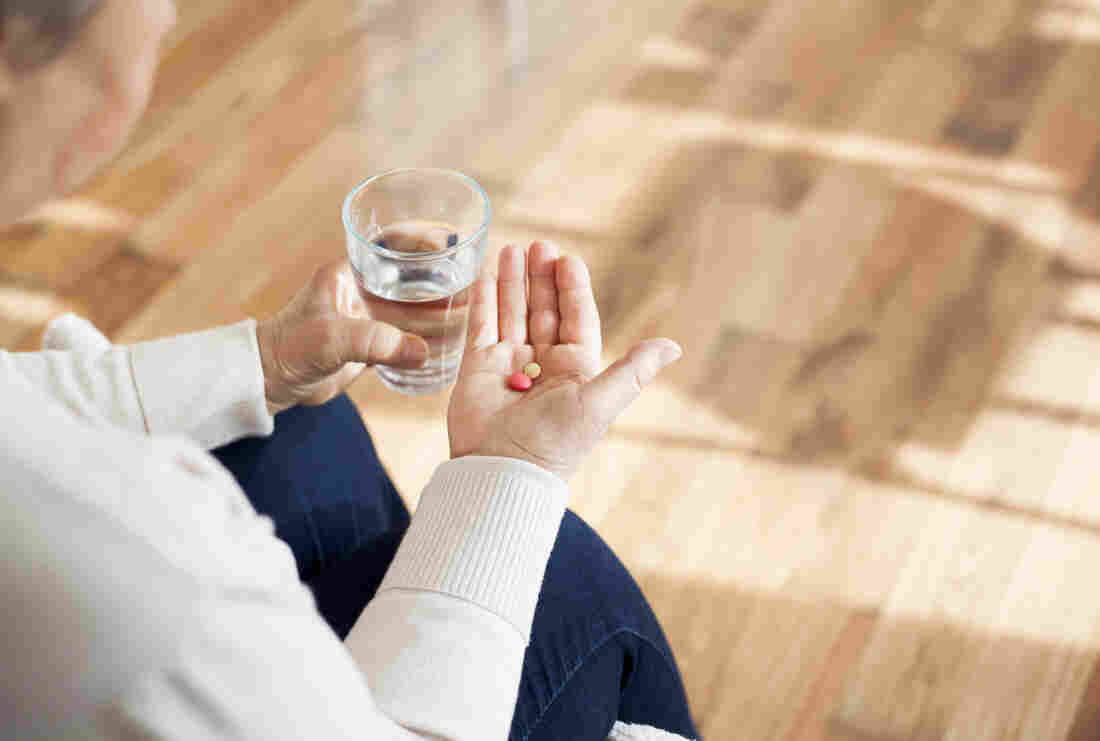 Combining some common antidepressants and opioids can undercut the relief of the painkillers. Daniela Jovanovska-Hristovska/Getty Images hide caption 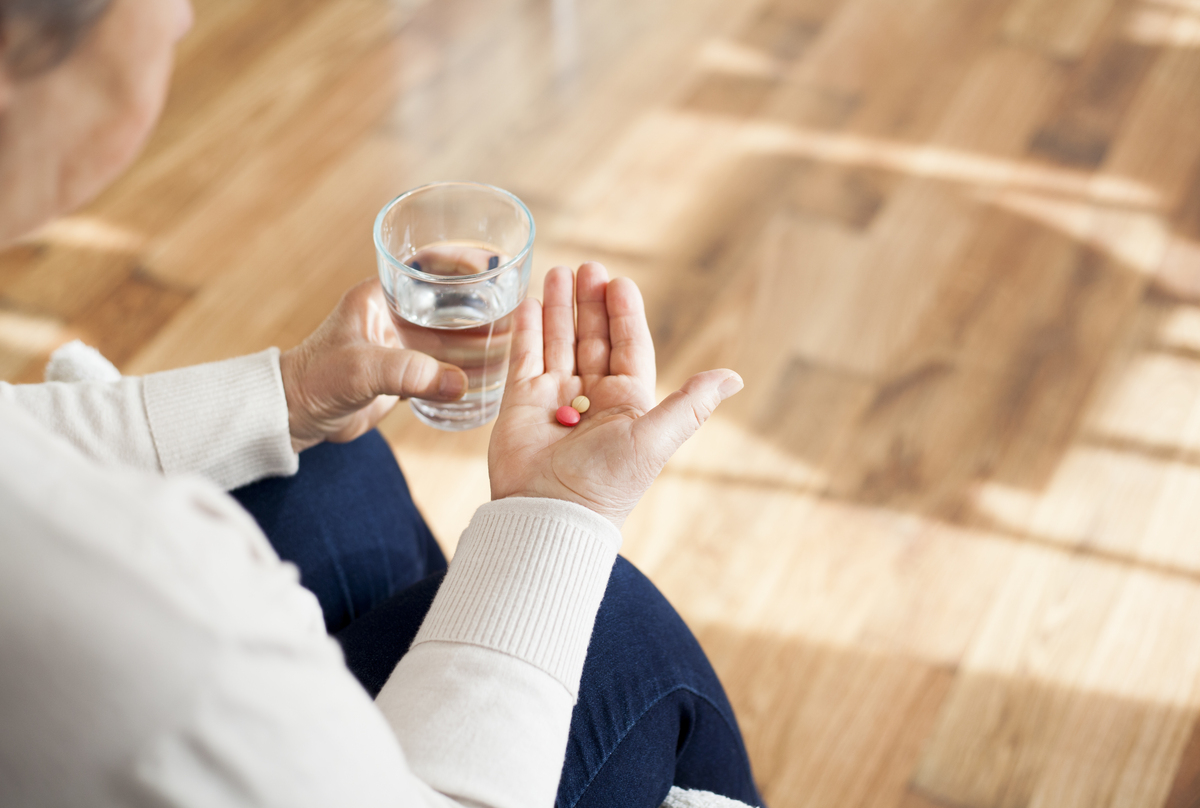 Combining some common antidepressants and opioids can undercut the relief of the painkillers.

Opioids come in two broad varieties: those that act directly and others that have to be chemically processed by the body before they can begin to relieve pain. Direct-acting opioids, like morphine or oxycodone, can get right to work.

The other kind are called "prodrugs" and include hydrocodone, the opioid ingredient in Vicodin. Prodrugs need to be metabolized in the liver before they're able to bind with pain receptors in the brain.

The problem, according to Tina Hernandez-Boussard, the Stanford computational biologist who co-led the study published Wednesday in the journal PLOS ONE, is that selective serotonin reuptake inhibitors, or SSRIs, like Prozac or Zoloft, inhibit the activity of an enzyme in the liver, called CYP-2D6, that metabolizes prodrug opioids.

If the enzyme can't do its job, then the opioid can't either — or at least not as well.

Prodrug opioids and SSRIs are two of the most commonly prescribed medications in the US, meaning this interaction could potentially affect millions, according to Hernandez-Boussard.

Depression Treatment Often Doesn't Go To Those Most In Need

"There was theoretical evidence that suggested SSRIs might block prodrug opioids, but we didn't know if it actually affected patient outcomes," says Hernandez-Boussard.

To find out, Hernandez-Boussard and her team mined the electronic medical records of 4,300 surgical patients who had previously been diagnosed with depression. About half of those patients were taking an SSRI antidepressant. The researchers used a machine learning approach to tease apart the effects of SSRI use, opioid type, and pre- and postoperative pain, as measured on a 0-10 scale.

The researchers found that patients on an SSRI who were prescribed a prodrug opioid, such as Vicodin, had significantly more pain after surgery than all other groups when they left the hospital. This effect persisted up to two months after surgery. "On average, SSRI and prodrug opioid patients had 1 point worse pain on the 0 to 10 scale," says Hernandez Boussard.

One specific result of their analysis underlined the dampening effect of SSRIs for Hernandez-Boussard. As a rule, patients with higher pre-operative pain tend to have higher post-operative pain.

"This is an important study," says Jenny Wilkerson, a professor of pharmacodynamics at the University of Florida who wasn't involved in the study. She says that genetic variations in the CYP-2D6 enzyme can interfere with opioid metabolism in other ways, and that this study advances our understanding of how SSRIs alter the effectiveness of opioids. She adds that she'd like to more studies in different populations to better understand the impact of this interaction on patients.

Hernandez-Boussard says these results could lead to better pain management and reduce opioid prescriptions. "If the opioids aren't being activated and you're not getting appropriate pain management, you're going to take more opioids and you're going to take them for a longer period of time," she says. Apart from patients simply being in more pain than they need to be, this interaction "could lead to misuse or abuse down the road."

Questions And Answers About Opioids And Chronic Pain

"This combination of SSRIs and prodrug opioids is likely pretty common," says Hernandez-Boussard. Consequently, she says the potential interaction should be recognized and discussed at the point of care.

"Every opioid has a side effect, not one opioid that is better than another," says Hernandez-Boussard. "Possibly for patients taking SSRI, morphine or oxycodone, direct-acting drugs which don't need to be broken down by the liver might be a better choice."

Wilkerson echoes the importance of a discussion between physicians and patients about SSRI use and pain management options, a conversation that can be complicated by mental illness. "Patients shouldn't feel stigmatized for being depressed or in pain," she says, "patients have to advocate for their best personal care."

Patients who are depressed and taking SSRIs are already a vulnerable population, known to experience more pain, and to have more trouble managing it. Hernandez-Boussard hopes that this study will help doctors tailor pain treatment towards the millions of Americans taking antidepressants.

"We need to think about how we can tailor treatment towards more vulnerable groups," she says. "More work needs to be done, but this is a good first step."