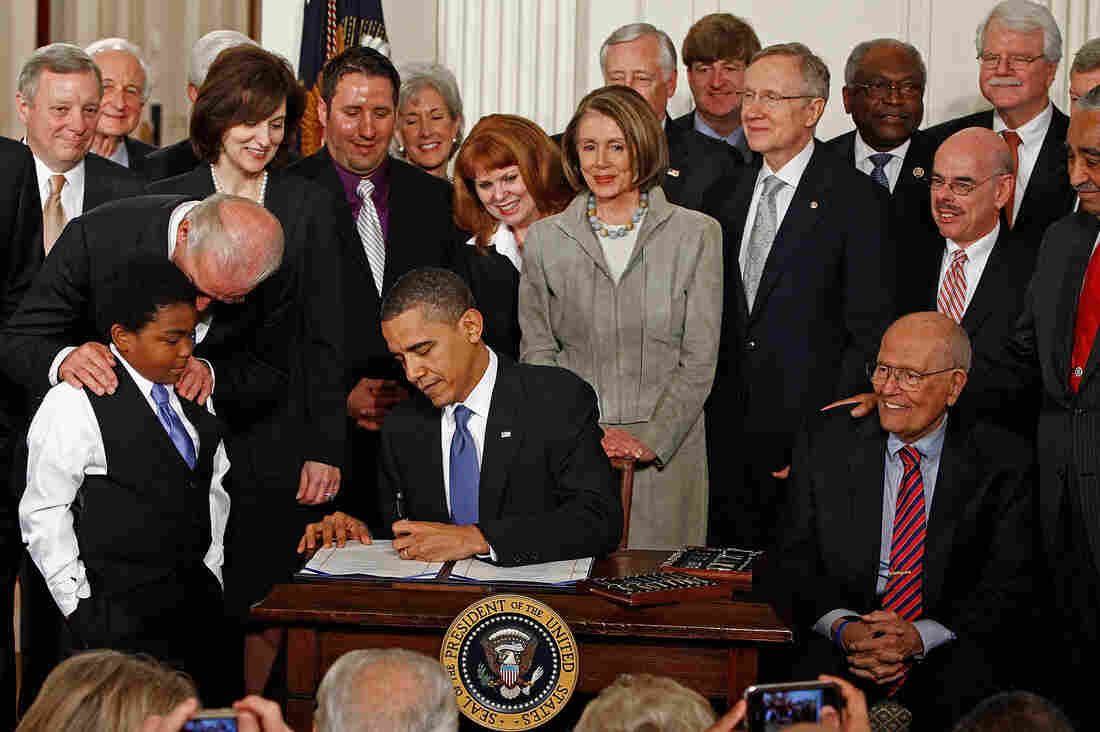 Rep. John Dingell was seated next to President Barack Obama when he signed the Affordable Care Act into law at the White House on March 23, 2010. Chip Somodevilla/Getty Images hide caption 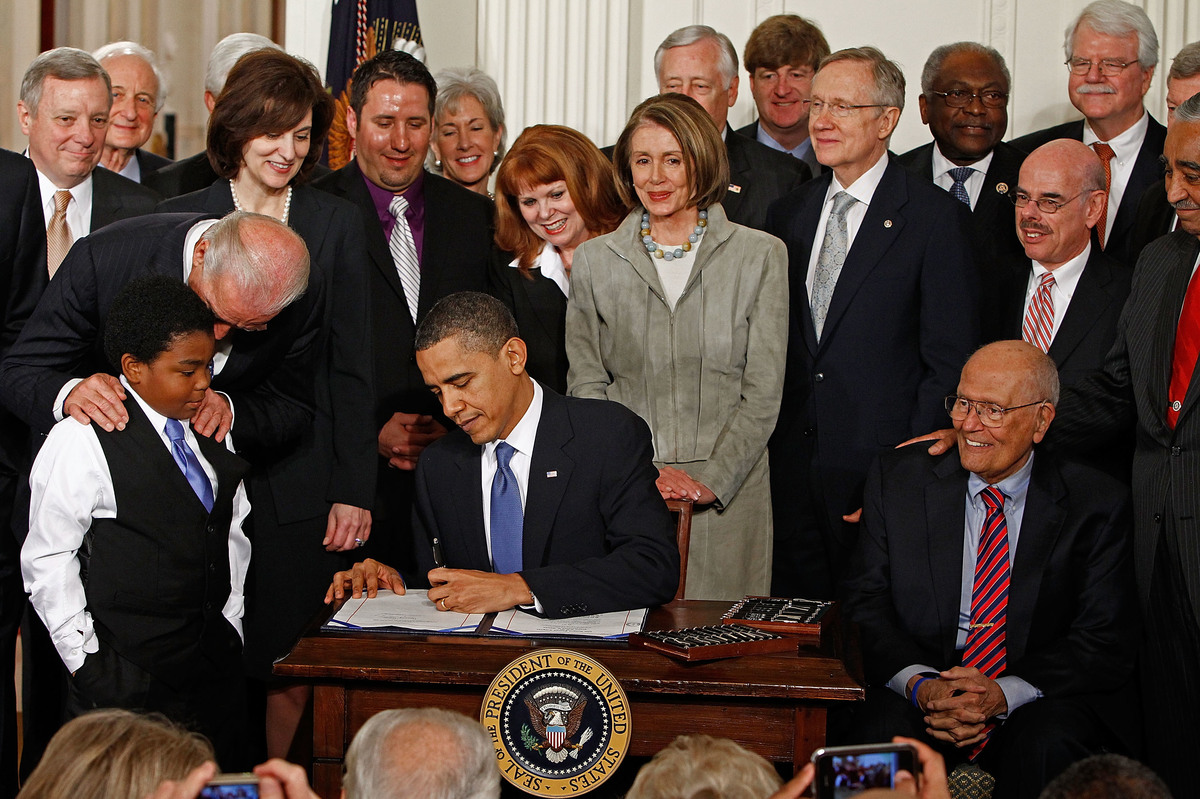 Rep. John Dingell was seated next to President Barack Obama when he signed the Affordable Care Act into law at the White House on March 23, 2010.

Former Rep. John Dingell, the Michigan Democrat who holds the record as the longest-serving member of the U.S. House, died Thursday night in Michigan. He was 92.

And while his name was not familiar to many, his impact on the nation, and on health care in particular, was immense.

For more than 16 years Dingell led the powerful House Energy and Commerce Committee, which is responsible for overseeing the Medicare and Medicaid programs, the U.S. Public Health Service, the Food and Drug Administration and the National Institutes of Health.

Dingell served in the House for nearly 60 years. As a young legislator, he presided over the House during the vote to approve Medicare in 1965.

And when the House passed what would become the Affordable Care Act in 2009, leaders named the legislation after him. Dingell sat by the side of President Barack Obama when he signed the bill into law in 2010.

Dingell was "a beloved pillar of the Congress and one of the greatest legislators in American history," said a statement from House Speaker Nancy Pelosi. "Yet, among the vast array of historic legislative achievements, few hold greater meaning than his tireless commitment to the health of the American people."

He was not always nice. Dingell had a quick temper and a ferocious demeanor when he was displeased, which was often. Witnesses who testified before him could feel his wrath, as could Republican opponents and even other committee Democrats. And he was fiercely protective of his committee's territory.

In 1993, during the effort by President Bill Clinton to pass major health reform, as the heads of the three main committees that oversee health issues argued over which would lead the effort, Dingell famously proclaimed of his panel, "We have health."

Dingell and his health subcommittee chairman, California Democrat Henry Waxman, fought endlessly over energy and environmental issues. Waxman, who represented an area that included western Los Angeles, was one of the House's most active environmentalists. Dingell represented the powerful auto industry in southeastern Michigan and opposed many efforts to require safety equipment and fuel and emission standards.

In 2008, Waxman ousted Dingell from the chairmanship of the full committee.

But the two were of the same mind on most health issues, and together during the 1980s and early 1990s they expanded the Medicaid program, reshaped Medicare and modernized the FDA, NIH and the Centers for Disease Control and Prevention.

"It was always a relief for me to know that when he and I met with the Senate in conference, we were talking from the same page, believed in the same things, and we were going to fight together," Waxman said in 2009.

Dingell was succeeded in his seat by his wife, Rep. Debbie Dingell, herself a former auto industry lobbyist.