Accessibility links
Teen Gets Vaccines During Measles Outbreak, Despite Mom's Belief : Shots - Health News Ethan Lindenberger had never received vaccines for diseases like polio or measles because his mom is anti-vaccine. Now he's 18, he's finally getting his shots. 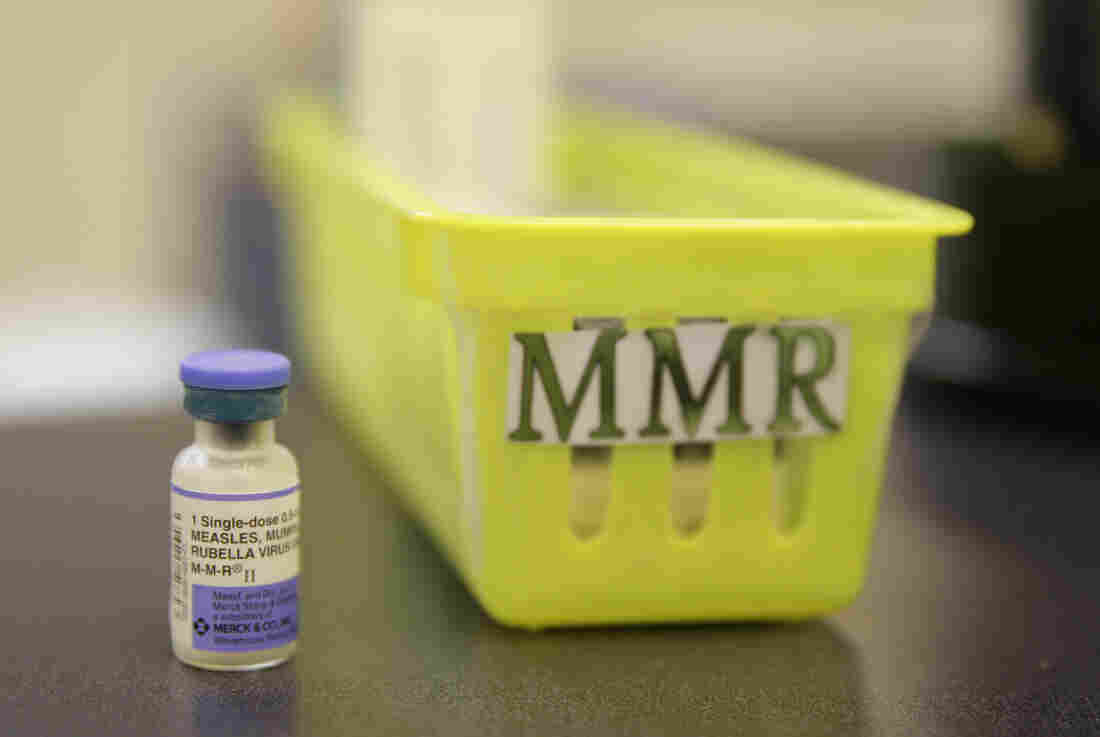 Measles is a highly contagious illness that can cause serious health problems, including brain damage, deafness and, in rare cases, death. Vaccination can prevent measles infections. Eric Risberg/AP hide caption 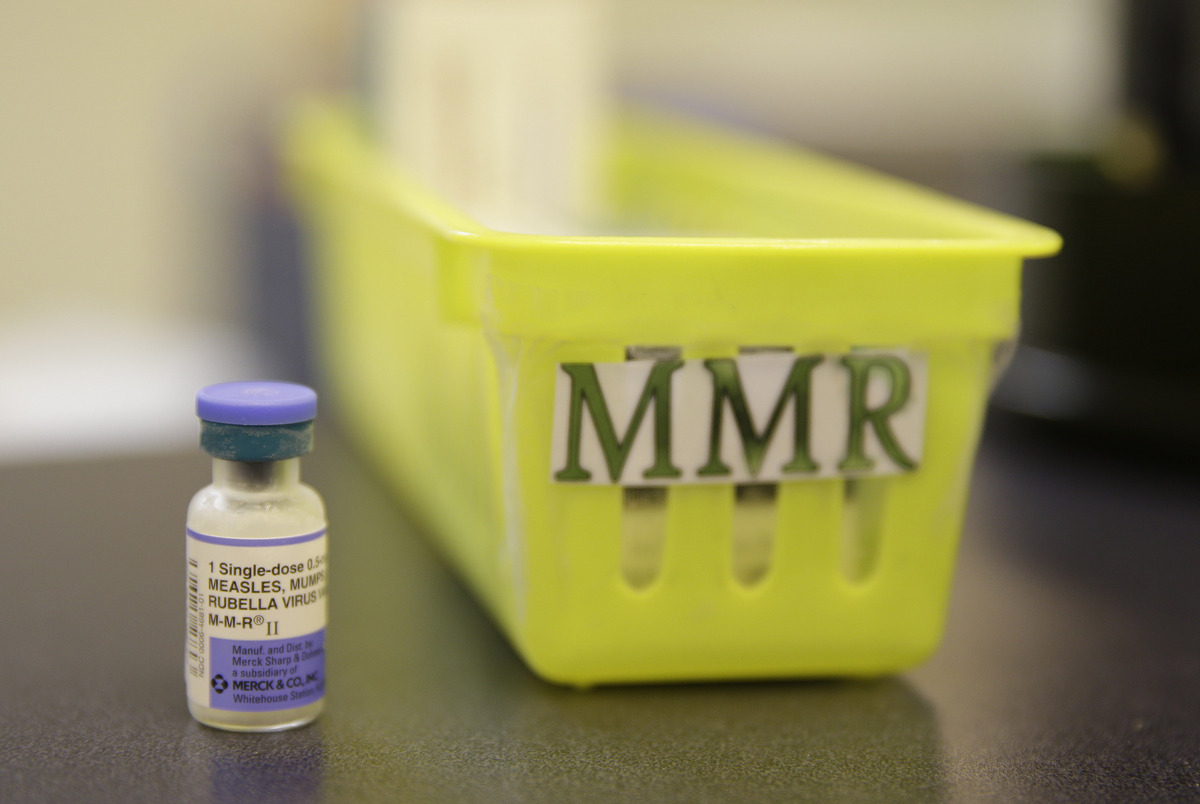 Measles is a highly contagious illness that can cause serious health problems, including brain damage, deafness and, in rare cases, death. Vaccination can prevent measles infections.

Ethan Lindenberger is getting vaccinated for well, just about everything.

He's 18 years old, but had never received vaccines for diseases like hepatitis, polio, measles, mumps, rubella, or the chickenpox.

Lindenberger's mother, Jill Wheeler, is anti-vaccine. He said she has been influenced by online misinformation, such as a debunked study that claimed certain vaccines were linked with autism, or a theory that vaccines cause brain damage. Incorrect ideas like these have spread like wildfire, so much so that the CDC has explicitly tried to combat them, posting pages like "Vaccines Do Not Cause Autism."

Lindenberger's eldest sister is vaccinated, and his eldest brother is partially immunized, but once his mother found out that she had the right to opt-out of vaccinations, she chose not to vaccinate her younger five children. 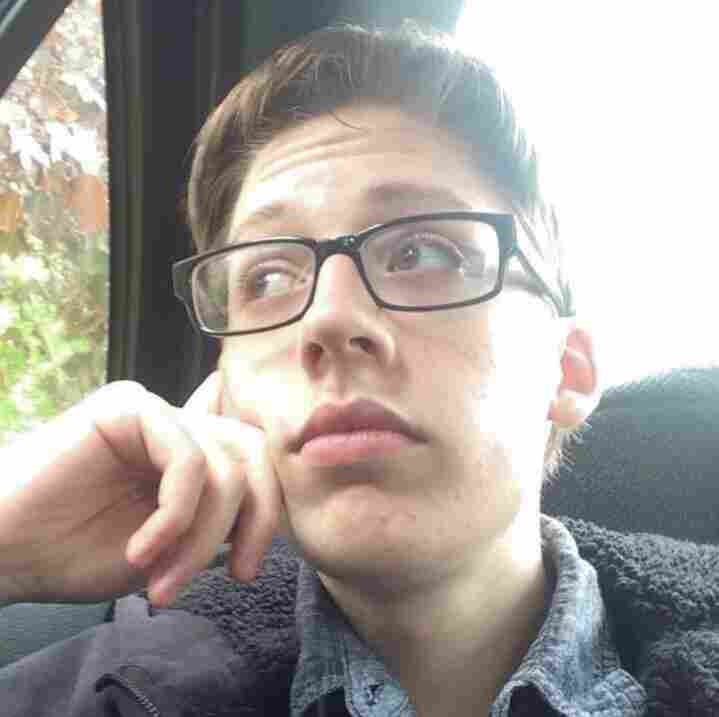 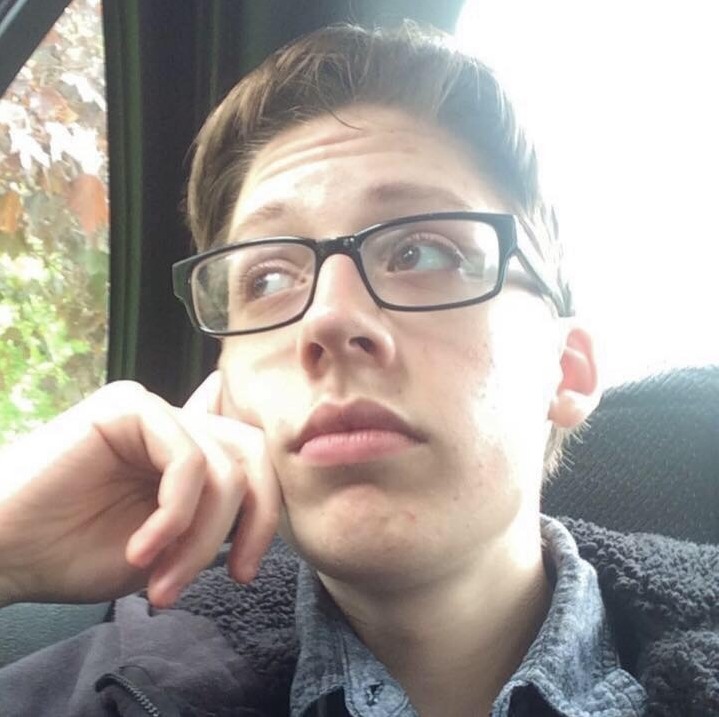 Despite his mother's belief that vaccines are bad, Ethan Lindenberger decided to get his shots.

In his Reddit post, Lindenberger goes on to ask for help figuring out how to get vaccinated. He got more than 1,000 responses. His post joins similar ones from other unvaccinated teenagers trying to get their shots, despite their parents' beliefs.

At a time of widespread measles outbreaks in the Pacific Northwest, causing Washington state Gov. Jay Inslee to declare a state of emergency, more minors are raising questions about whether they can provide their own consent to get vaccines.

According to the CDC, for month of January this year, measles have been confirmed in 10 states, with the agency monitoring other outbreaks in New York state and New York City.

Growing up, Lindenberger said he listened to what his mom told him about how vaccines were bad and carried negative side effects. He thought it was normal to not receive vaccines.

But then in school, Lindenberger got pulled out of class and asked by educators to get vaccinated. He talked with friends and realized all of them had been vaccinated, but that he didn't even know what a flu shot felt like. He saw more and more anti-vaccination debates popping up on social media. Slowly, he started to question what his mother had told him.

So, he did some research of his own.

"When I started looking into it myself, it became very apparent that there was a lot more evidence in defense of vaccinations, in their favor," Lindenberger told NPR's Scott Simon on Weekend Edition.

After researching, Lindenberger tried to confront his mother, approaching her with an article from the CDC about how vaccines don't cause autism.

"Her response was simply 'that's what they want you to think,' " he said. "I was just blown away that you know, the largest health organization in the entire world would be written off with a kind of conspiracy theory-like statement like that."

Despite repeated efforts to debate vaccination with his mother and show her the impact of the anti-vaccination movement on public health, Lindenberger has been unable to change her mind. But his own mind was made up: he was going to get vaccinated.

Lindenberger recently received his first round of shots — for diseases such as HPV, hepatitis A, hepatitis B, and influenza. It has caused some stress in his Norwalk, Ohio home, where he lives with both of his parents.

"My mom had always known I disagreed with her and figured that was going to pass, but it didn't," he said. "She looked at it as me getting vaccines for a gesture of rebellion and not for my own sake and for the sake of people around me."

In an interview with the science magazine Undark, Lindenberger's mother said that his decision to get vaccinations felt like an insult and called it "a slap in the face."

Since he's now legally an adult, Lindenberger's mother cannot stop him from getting the vaccinations. For minors who want to get their shots, it can be trickier, since there are no federal laws regulating the issue. Instead, a minor's ability to get vaccinated varies depending on state laws. In many cases, 18 is the requirement to get medical procedures without a parent's consent.

Though she can't control his decision, Lindenberger said his mother still tries to convince him not to continue with vaccinations.

While he doesn't question his mother's love, Lindenberger said he questions her judgment. He has more shots scheduled for later this month.

NPR's Denise Guerra contributed to this report and produced this story for broadcast.