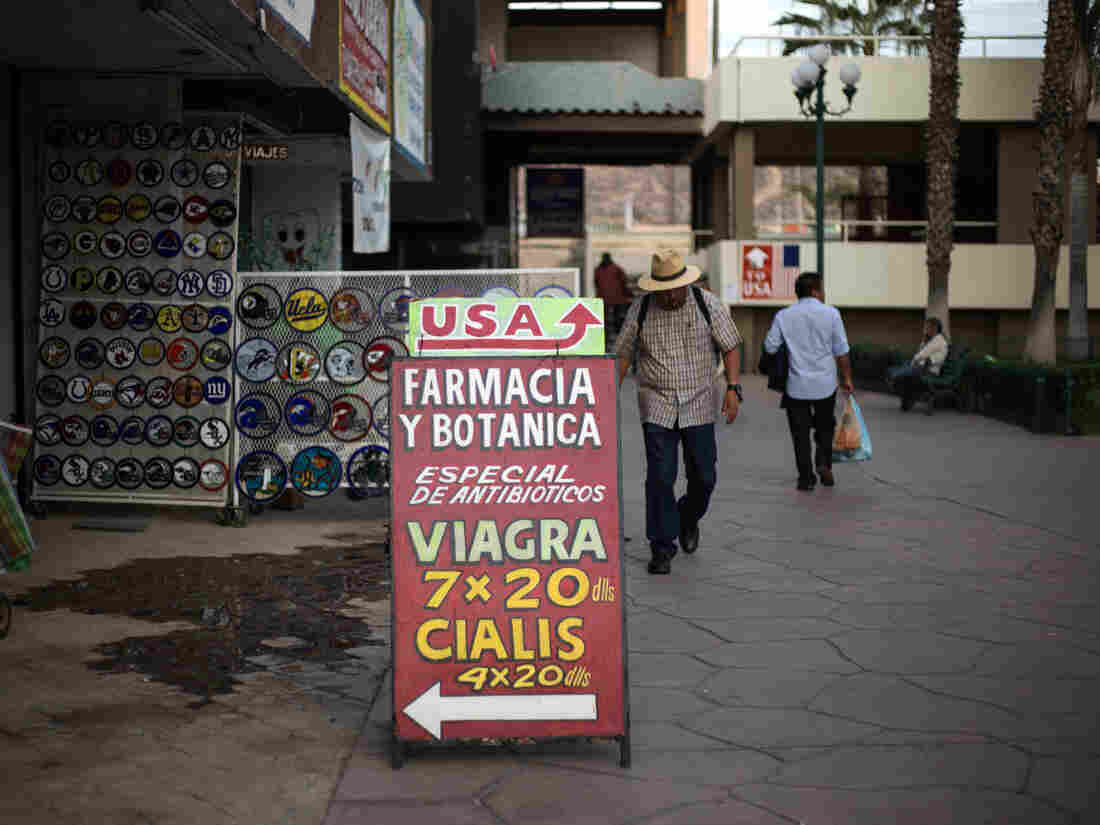 In Mexican border towns, big discount drugstores, as well as small pharmacies like this one in Tijuana, market their less expensive medicines to American tourists. Guillermo Arias/Bloomberg via Getty Images hide caption 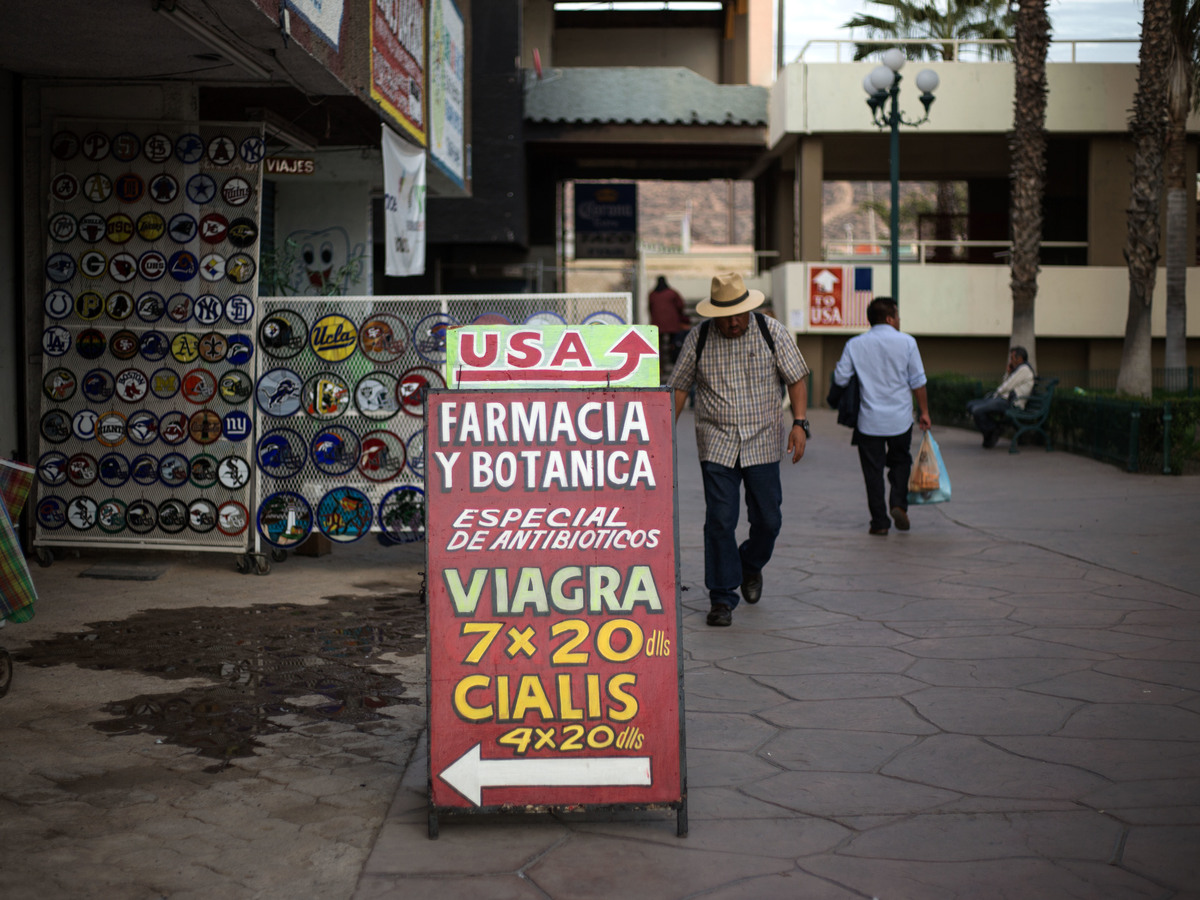 In Mexican border towns, big discount drugstores, as well as small pharmacies like this one in Tijuana, market their less expensive medicines to American tourists.

When Michelle Fenner signed up to run this year's Los Angeles Marathon, it got her thinking: Tijuana, Mexico, is only a 2 1/2-hour drive from LA. Why not take a trip across the border and buy some insulin for her son?

"It's so easy to just go across the border," Fenner mused.

This idea had been in the back of Fenner's mind for a while. Her son was diagnosed with Type 1 diabetes nine years ago, meaning he needs daily injections of insulin to stay alive. The list price of the modern generation of insulin has skyrocketed since then. On one trip to the pharmacy last year, Fenner was told that a three-month supply of insulin would cost her $3,700.

That same supply would cost only about $600 in Mexico.

So when she booked her trip to Los Angeles, Fenner says, "I decided we need to update our passports and go and get more insulin."

Fenner is not the only one thinking like this. The U.S. government estimates that close to 1 million people in California alone cross to Mexico annually for health care, including to buy prescription drugs. And between 150,000 and 320,000 Americans list health care as a reason for traveling abroad each year. Cost savings is the most commonly cited reason.

In Utah last year, the Public Employee Health Plan took this idea to a new level with its voluntary Pharmacy Tourism Program. For certain PEHP members who use any of 13 costly prescription medications — including the popular arthritis drug Humira — the insurer will foot the bill to fly the patient and a companion to San Diego, then drive them to a hospital in Tijuana, Mexico, to pick up a 90-day supply of medicine.

"The average cost of an eligible drug in the US is over $4,500 per month and is 40-60% less in Mexico," PEHP Clinical Services Director Travis Tolley said in an announcement of the program last October.

The program was part of a Right to Shop bill championed by health care economist and Utah state representative Norm Thurston in 2018. Thurston says there is not yet enough data to know how much in savings the program provides; the first patients traveled to Tijuana in December.

But, Thurston says, he expects that in the next six months, savings will likely be "in the ballpark of $1 million."

There are some questions about traveling abroad to buy prescription drugs, however. The first: Is it legal?

According to the U.S. Food and Drug Administration, "in most circumstances, it is illegal for individuals to import drugs into the United States for personal use." But the agency's website does provide guidance about when it could be allowed. And the U.S. Customs and Border Protection's website has a whole section on traveling with medications in its "Know Before You Go" guide.

While the guidelines may still leave you with questions, Thurston says this sort of purchase for personal use is a widely established practice.

"When we talked to people about this, there has never been a single person who has been prosecuted for doing it. And it happens every day at every border crossing all over the country," Thurston says.

"The general understanding is you can bring up to a 90-day supply of a prescription from overseas, even though it's a technical violation," says Nathan Cortez, a law professor at Southern Methodist University.

"My sense is the FDA does not want to worry about individuals going overseas and bringing back small amounts of prescriptions that last a few months," Cortez says, adding, "That doesn't mean the FDA couldn't change its mind at any point and start cracking down."

A second major concern that comes up in any discussion of medical tourism is about the quality of that imported medicine. According to the FDA, the reason it's mostly illegal to import drugs is because the agency "cannot ensure the safety and effectiveness" of those drugs. In 2017, the World Health Organization estimated that 10 percent of drugs in developing countries were either substandard or falsified.

To address that problem, the Utah program sends its patients only to a designated, accredited Mexican hospital. Individual patients like Michelle Fenner are left to take their own precautions.

"You get a little nervous. You want to make sure that you have a reputable pharmacy," Fenner says. To get pharmacy recommendations, she has been consulting with friends and acquaintances who have purchased insulin in Mexico. She's calling those pharmacies now to make sure they have the type of insulin she wants to buy. When the marathon gets closer, she's planning to call ahead with her order.

Fenner says the amount she's expecting to save on insulin could warrant multiple trips to Mexico every year.

Fenner is just one of the growing number of activists online who are discussing the great lengths they go to — sometimes literally — to afford insulin. Lija Greenseid is another. Her daughter has Type 1 diabetes.

Almost one year to the day after her daughter's diagnosis, Greenseid and her family were visiting Quebec City, Canada, in July 2014. Her daughter's blood sugar started spiking and Greenseid feared her insulin might have gone bad, so she went to a pharmacy. With no prescription and fearing that her daughter's life was on the line, Greenseid was prepared to pay a fortune. 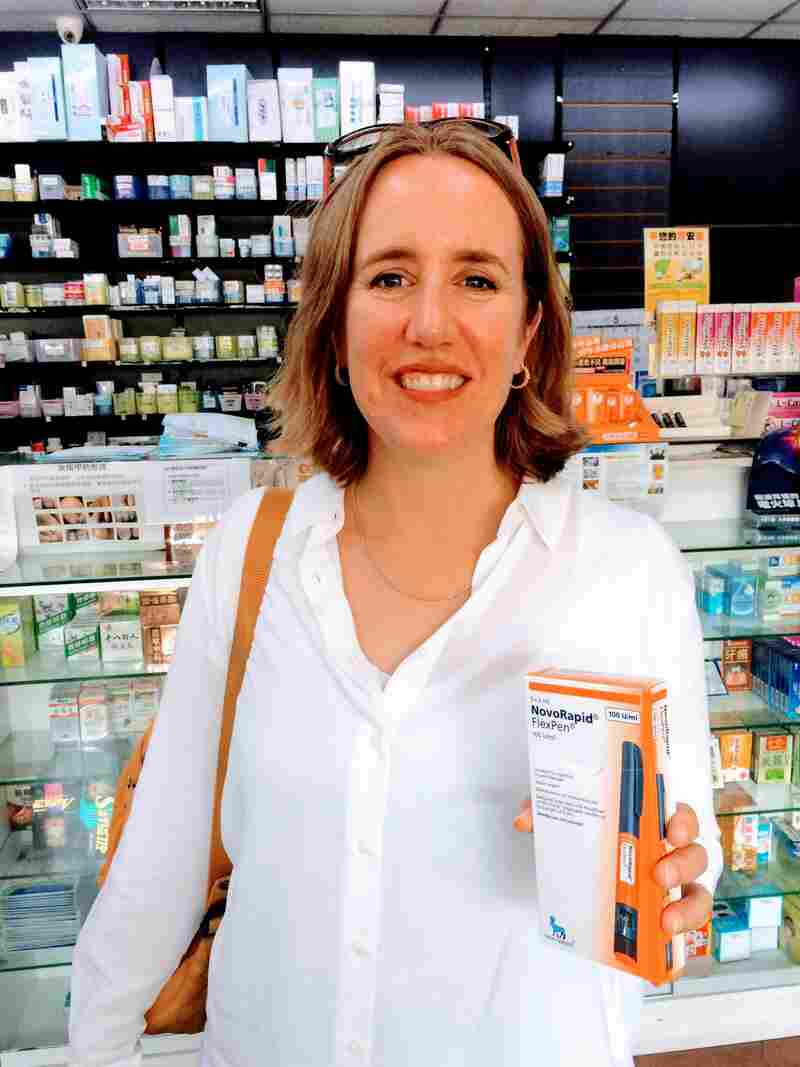 Lija Greenseid, a consultant with a nonprofit in St. Paul, Minn., paid $40 at this Taiwanese pharmacy for a box of insulin pens. It's the same medicine that she has paid $700 for in the United States. Greenseid's daughter, who has Type 1 diabetes, goes through about one of these boxes of insulin each month. Andrew Greenseid/Courtesy of the Greenseid family hide caption 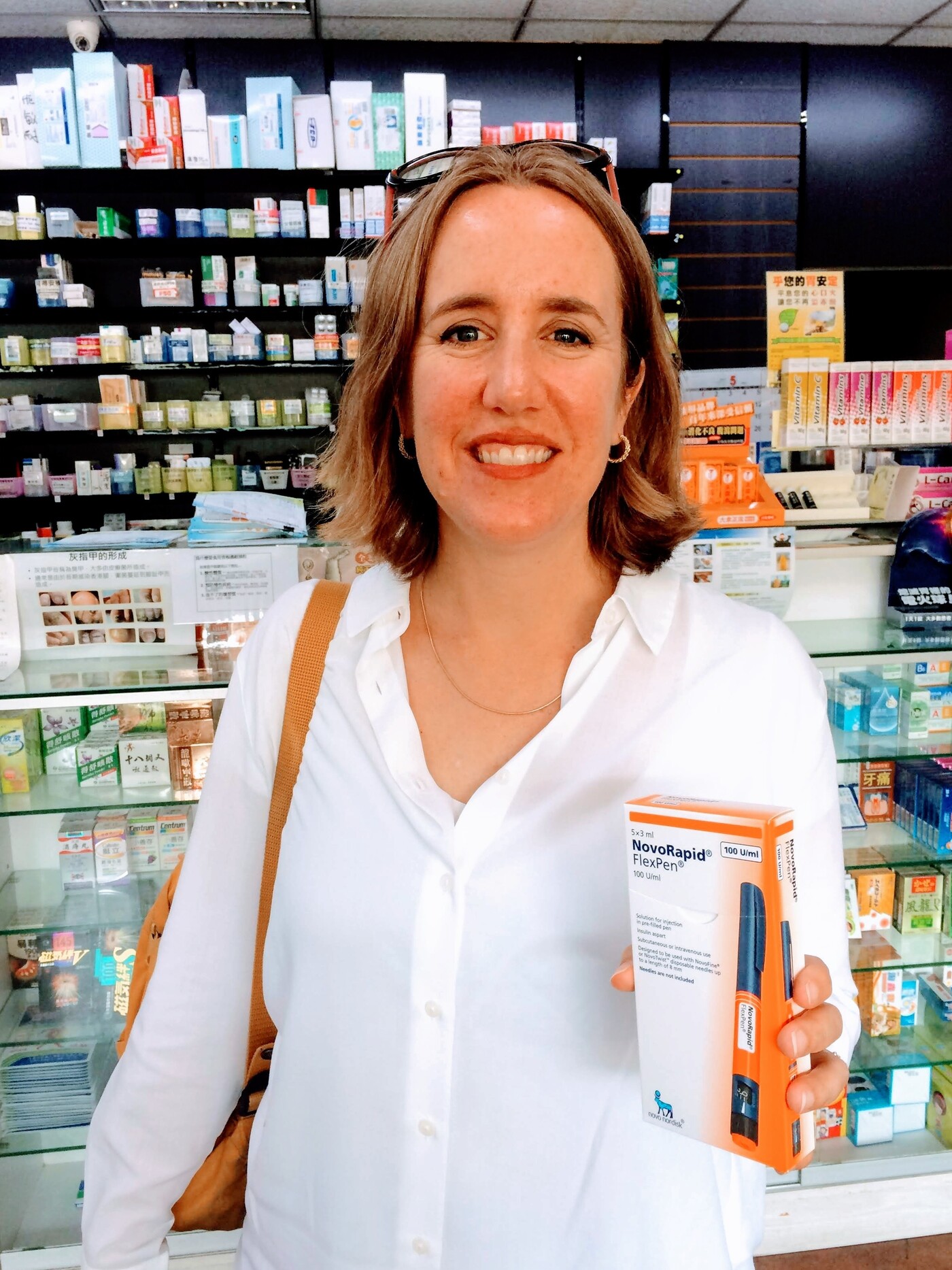 Lija Greenseid, a consultant with a nonprofit in St. Paul, Minn., paid $40 at this Taiwanese pharmacy for a box of insulin pens. It's the same medicine that she has paid $700 for in the United States. Greenseid's daughter, who has Type 1 diabetes, goes through about one of these boxes of insulin each month.

Instead the box of insulin pens that normally costs $700 in the U.S. was only around $65 or so.

"At that point I started tearing up. I could not believe how inexpensive it was and how easy it was," Greenseid says.

"I said to [the pharmacist], 'Do you have any idea what it's like to get insulin in the United States? It's just so much more expensive.' And he turned to me and said, 'Why would we want to make it difficult? You need insulin to live.' "

The more Greenseid traveled with her family, the more they realized how inexpensive insulin was everywhere except in the United States. In Nuremberg, Germany, she could get that $700 box of insulin pens for $73. The same box was $57 in Tel Aviv, Israel, $51 in Greece, $61 in Rome and $40 in Taiwan.

"We get so accustomed in the United States to thinking that health care has to be difficult and so expensive that people don't even consider the fact that it could be so much easier and less expensive in other places," Greenseid says. "In fact, that is the case in most countries."

An earlier Web version of this story incorrectly said a box of insulin pens in Nuremberg, Germany, was $24. It was $73.