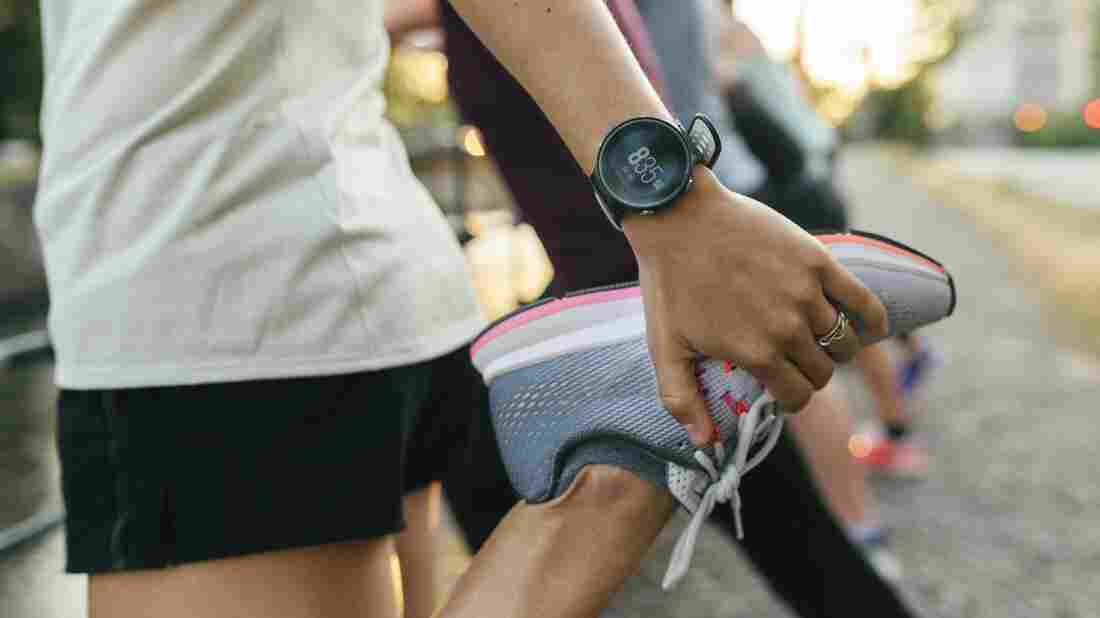 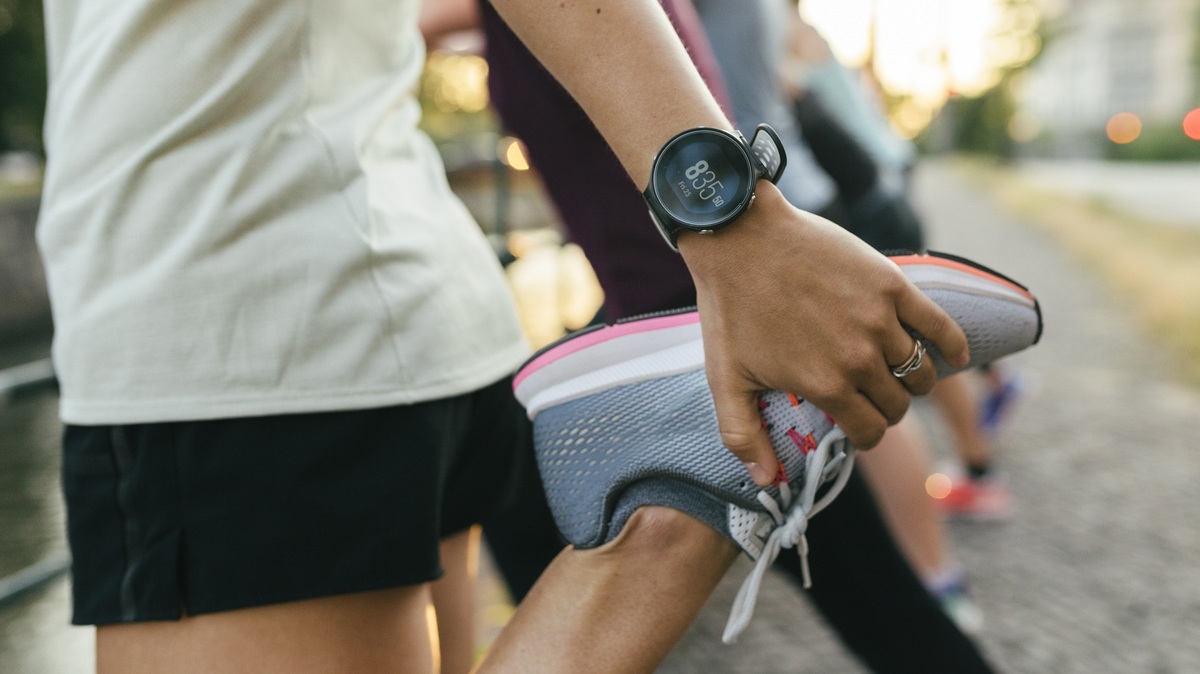 From sports drinks to protein powders, from compression therapy to cupping — there's a whole industry of products and services designed to help us adapt to and recover from exercise.

But does any of it work? That's the question science writer Christie Aschwanden set out to answer in her new book, Good to Go: What the Athlete in All of Us Can Learn from the Strange Science of Recovery.

A former high school and college athlete, Aschwanden is the lead science writer for the website fivethirtyeight and was previously a health columnist for The Washington Post.

She notes that recovery wasn't given much consideration back when she was coming up. Now, however, times have changed and recovery is "something that you do — and almost with as much gusto as the workouts themselves," she says.

Aschwanden's book examines the physiology behind different recovery methods and also offers an assessment of their effectiveness. Ultimately, she notes, the best form of recovery may be an old-fashioned one: listening to your own body.

"The most important skill that any athlete can develop is a sense of how their body is responding to exercise," she says. "How they're responding to their workouts; how they're feeling; what it feels like for them to be recovered or underrecovered." 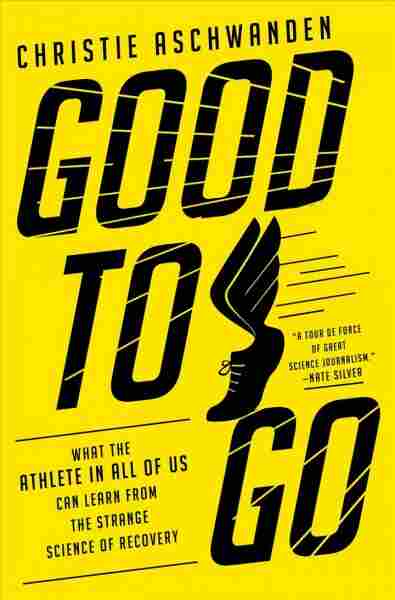 On sports drinks that have electrolytes

"Electrolytes" is just a scientific name for salts. These are things that we get in all of the food that we eat. ... And so, the idea is that when you're exercising, you're sort of creating these extraordinary needs, and ... so you need to replace these salts that you're sweating out. When you sweat, you do lose some salts. You lose fluids. So the idea behind sports drinks is that they're replacing those. ...

There are products now that will promise to find your individual sweat rate and individual salt-loss rate, but it turns out you don't need a scientist looking over your shoulder to figure out how much you need to drink, or how much salt you need after exercise. Our bodies have this really sophisticated mechanism for helping us determine this — and it's called thirst.

On the danger of overhydrating

We've been given this message for so long — and so much of it is marketing — this idea that ... you have to always be drinking and hydrate, hydrate, hydrate. But it turns out that this just isn't true. This idea and this concept that we have to be drinking even when we're not thirsty has led to this problem that can actually be deadly. It's called hyponatremia. It's also called water intoxication, but this is something where people drink too much water and they end up diluting their blood to the point where they have all sorts of issues, including your brain can swell. And it can actually be fatal. ...

I don't want to make anyone feel like, "Oh, my gosh, I just drank a glass of water, was I really thirsty? Like, am I going to get hyponatremia and die?" That's not what we're talking about. And we're talking about people who are drinking on the order of, like, multiple glasses of water per hour — in particular, while exercising. But really, if you're not thirsty you don't need to drink. It really is that simple.

There have been multiple people now who have died in marathons from drinking too much. And one of the things that makes this really scary is that some of the symptoms of overhydration look very similar to the things that we think of as being symptoms of dehydration. So for instance, dizziness, confusion, fatigue things like this. And so, in some cases, what's happened is you have someone who collapses at a race and they're given an IV and given more fluids, which is exactly the wrong thing at that point for them.

Really the idea in the beginning was to create a food that would be convenient for athletes — something to eat after a workout that was easy to grab, easy on the stomach and all of that. But in the intervening years, there's been sort of this push to think that this is absolutely the necessary thing that you must eat, and that there must be some important component or some important nutrient ... that you really need. ...

There's nothing inherently wrong with these products — I'll just say that upfront. They tend to have pretty good nutrients and ingredients for what you need after a workout. But there's nothing particularly special about them either, except that they're convenient. ... You can have an energy bar or you could have a banana, or you could have a peanut butter and jelly sandwich — which apparently is the food of choice in the NBA. ... But the idea that you have to have something that's a packaged product just doesn't hold water.

On icing after workouts to reduce soreness

The idea behind icing is that it's a way to reduce inflammation. When you ice something, you are reducing the blood flow to that area. So basically, if your extremity gets cold, your body sort of shunts the blood into the core to try and keep you warm. During this time, when the blood flow is less to that area, you're getting less circulation of these inflammatory things that are part of the inflammatory process. The idea here is that you're going to reduce inflammation and that was, for a long time, really considered a good thing. ...

Now the thinking [in terms of icing to reduce soreness] is really changing. ... We've learned that inflammation is actually a really important part of the training response. If you are doing exercise in hopes of getting fitter, faster, stronger, you really need inflammation. You need that inflammatory process. You need your immune system bringing in these inflammatory things that are coming in to make those repairs. So the inflammation process is actually the repair process. Without it, you're not going to get the same adaptations to exercise that you would otherwise.

On the problem with taking ibuprofen before and after a workout

It's really common that athletes will take it prophylactically. So they'll take it before a workout or before a race even. One scenario where it's really popular is among ultramarathoners. So these are people that are running, say, 50 or 100 or even more miles, and they will take these drugs during the event or before.

Inflammation is your friend. If you're working out, that is how your body repairs itself.

I remember back in my high school track days, one of my teammates was popping ibuprofen before practice every day. And I know now after researching this book that that's a pretty bad idea. And there are a couple of reasons for that. The first is that again, [in terms of exercise], inflammation is your friend. If you're working out, that is how your body repairs itself. So there's actually some pretty intriguing evidence that taking ibuprofen can impair the repair process from an injury. And that refers both to the type of microinjury that you get from a hard workout — the little damage to your muscle that your body comes in and repairs, and that's what makes you stronger. But also to injuries like, say, a sprained ankle and things like this. So taking a nonsteroidal anti-inflammatory drug or taking ibuprofen can actually impede the healing process. I don't think anyone wants to do that.

At the same time, I will say, though, if you're in a lot of pain these are really good painkillers. And that's probably a good reason to take it. But you want to limit it, and ... you only want to take it when you really, really need that pain relief — and not [with] an expectation that you're going to feel pain.