Accessibility links
A Positive Mindset Can Help Patients Handle Side Effects Of Treatments : Shots - Health News Researchers are learning that attitude can have measurable effects on health. For a food allergy therapy, thinking of stressful side effects as positive signals helped patients complete the treatment.

Could Your Mindset Affect How Well A Treatment Works?

Could Your Mindset Affect How Well A Treatment Works? 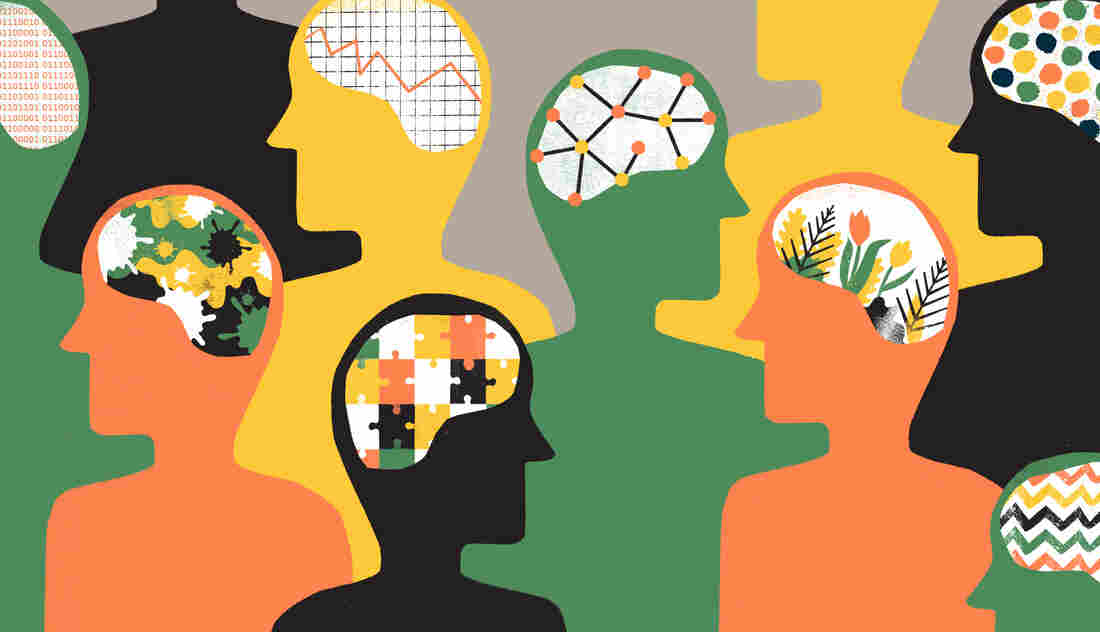 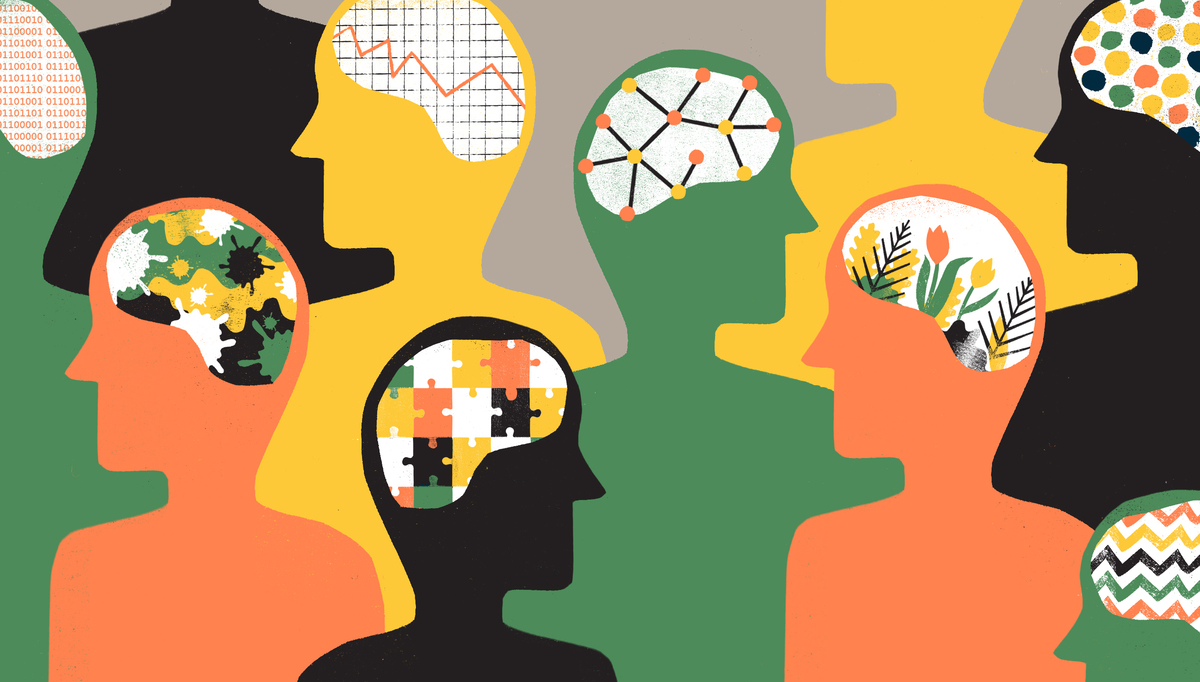 Anxiety about side effects can keep people from starting or sticking to drug regimens or medical procedures. A group of researchers at Stanford University wanted to find out whether a simple mindset shift could help patients tolerate an uncomfortable treatment. They learned that when physicians make the effort to reframe potentially unpleasant symptoms in a positive light, it helped patients to stay calm and persevere.

The researchers studied this approach with a group of families who, in a desperate search for relief from food allergies, signed their children up for a study testing the investigational treatment known as oral immunotherapy. Several studies show promising results for this treatment, which requires patients to eat gradually increasing amounts of the trigger food every day for months to teach the immune system to tolerate it.

The procedure is safe if done with medical supervision, but many people experience unpleasant — and very occasionally life-threatening — allergic symptoms. So it can cause considerable stress.

Getting her 8-year-old to make the mental switch from," 'No, no, you can never eat this' to 'Mommy really needs you to eat this' was terrifying," recalls Jessika Welcome, whose two daughters were diagnosed with peanut allergies as toddlers. The San Francisco Bay Area mother first fed her younger daughter the trigger food — a trace of peanut flour mixed into applesauce — when she entered a research study at Stanford in early 2017.

Welcome thought the study was testing the effectiveness of the food allergy treatment. In fact, it was designed by psychologists who wanted to see whether shifting the way patients view side effects could ease anxiety and improve the treatment experience.

When it comes to treatment-related symptoms — let's say, a fever — "we often think of it as this uncomfortable thing we just have to deal with," says Stanford psychology postdoc Lauren Howe, who was first author on the study published Jan. 22 in the Journal of Allergy and Clinical Immunology: In Practice. "But often symptoms can be associated with healing or treatment progress."

In oral immunotherapy studies, many patients complain of occasional mouth itchiness, stomach pain, hives, vomiting or other symptoms. The symptoms are almost always not life-threatening. Yet in more than a decade of studies, nearly a fifth drop out of these trials because of symptom-related stress, notes Dr. Brian Vickery, an allergist-immunologist at Emory University who was not involved with the new research. He says it's "important context and why [the mindset study] is so interesting and unique."

The research was led by psychologist Alia Crum, principal investigator of Stanford's Mind and Body Lab. It's the latest in the lab's growing body of studies looking at how mindset and social factors influence physical health. According to a study Crum published in 2017, just feeling that you're less fit than others could shave years of your life, and her 2014 research shows how what we read on food labels can affect the way our bodies process food.

The effect of a new treatment "is not just the pharmaceutical substance. It's a combined product of that substance and our mindsets — our beliefs about the nature of the illness and our body's ability to tolerate and to feel," Crum says. "Our work is trying to systematically understand what those forces are and to rigorously and scientifically test the impact of those forces."

The current study enrolled 50 local children with diagnosed peanut allergies. Each family purchased peanut flour for at-home dosing. Participants started by consuming a mere 1.3 milligrams of peanut protein per day — "literally a speck of peanut on the tiniest spoons you've ever seen," says Welcome, who stirred her daughter's doses into applesauce at first, then put them into whipped cream and melted chocolate chips. The dose went up every two weeks, transitioning from peanut flour to actual peanut segments after a few months, and reaching a full peanut (240 milligrams) each day by the end of the 24-week trial.

The study randomly assigned families into two groups. Both groups received instruction on symptoms and medication use. They learned to distinguish non-life-threatening symptoms from potentially serious ones and at what point to contact a doctor, call 911 or administer epinephrine, an injectable medication for severe and potentially life-threatening allergic reactions.

Each day families completed a short online survey to report how the dose went, what time it was taken, whether symptoms developed, and how anxious they were about the symptoms. Throughout the study parents had monthly calls with a support team and had a direct line to Stanford immunologist Dr. Kari Nadeau, director of the Sean N. Parker Center for Allergy & Asthma Research, which has served as a trial site for companies developing peanut allergy treatments. In addition, families came to the clinic once a month for facilitated support sessions with other participants.

The two groups differed in just one regard. One group was told that symptoms can be an unfortunate side effect of treatment. But with the other group, session leaders reframed the message on symptoms, saying they could be a sign that the immune system is learning to desensitize — a positive signal that the treatment is working.

At the monthly sessions, parents in the "positive signals" group were asked to come up with creative ways to reinforce this message with their children. Alissa Harris of Stockton, Calif., connected with her 7-year-old, Lucy, with a dance analogy: "When you were learning how to do the splits, it hurt your legs. But it just meant your muscles were getting stronger and getting used to doing the splits."

During the study when Lucy complained her mouth was itchy, "I would remind her, 'That's OK, that's your body getting stronger. We're fighting this peanut allergy. Just remember, your body is 'learning how to do the splits,' " Harris says.

Those reminders seemed to calm parents, too. Though both groups entered the study similarly anxious — more than half indicated they were "kind of nervous" or "extremely nervous" — parents who got the messaging that symptoms could be positive signals reported less nervousness as the study continued. They were also less likely to report symptoms, drop doses or contact staff about symptom concerns, compared with the other group of parents.

All participants reached the goal of tolerating one peanut by the end of the study period, and no patient needed to use epinephrine in response to symptoms.

On the whole, the results were "very compelling but not at all surprising," says Dr. Christina Ciaccio, a pediatric allergist at University of Chicago Medicine who has helped run trials for companies developing peanut allergy treatments. For years Ciaccio has given similar pep talks to patients receiving skin injections for ragweed allergy: "You're going to start seeing these reactions on your arm. That's a signal to us that your immune system is fighting, that the right things are happening."

And with that guidance, "my patients seem to get through the desensitization more easily than if I don't," she says. "I think a lot of fear comes from the unexpected and the 'what if?' "

Because there's so much anxiety with food allergen dosing, Nadeau says, many patients "get nervous about mild symptoms when they don't need to be from a medical perspective."

Vickery agrees that the study showed a simple intervention could influence people's perceptions about wellness and anxiety. "But it needs to be validated in a bigger study," he says.

And he cautions that it's important that patients and providers not draw the conclusion from this study that it's safe to "disregard some worrisome side effects." Vickery formerly worked at and serves on the board for Aimmune Therapeutics, a company developing a capsule for treating peanut allergy.

Several products — a peanut capsule and a skin patch — are expected to gain FDA approval as treatments for peanut allergy within the next year or two. For now, several published guidelines for treating food allergies in the U.S. suggest that providers offer allergen immunotherapy only on a research basis — not for the care of individual patients. Nonetheless, a small, but growing number of providers already offer the treatment.

Crum thinks the food allergy study provides a model for studying how mindsets could help people cope with other medical procedures.

"We could take any new treatment and start asking, which mindsets are at play, making the treatment worse or better? We can then systematically alter those mindsets and test their effect," she says. "Once we understand mindsets that are more useful, hopefully we can inform clinical practice so they're using the more useful mindsets."

Esther Landhuis is a freelance science journalist in the San Francisco Bay Area. Find her on Twitter: @elandhuis