Accessibility links
Measles, Mumps And Rubella Vaccine Does Not Cause Autism, New Study Shows : Shots - Health News A study of more than 600,000 Danish children finds no evidence of any link between autism and the vaccine that protects against mumps, measles and rubella. 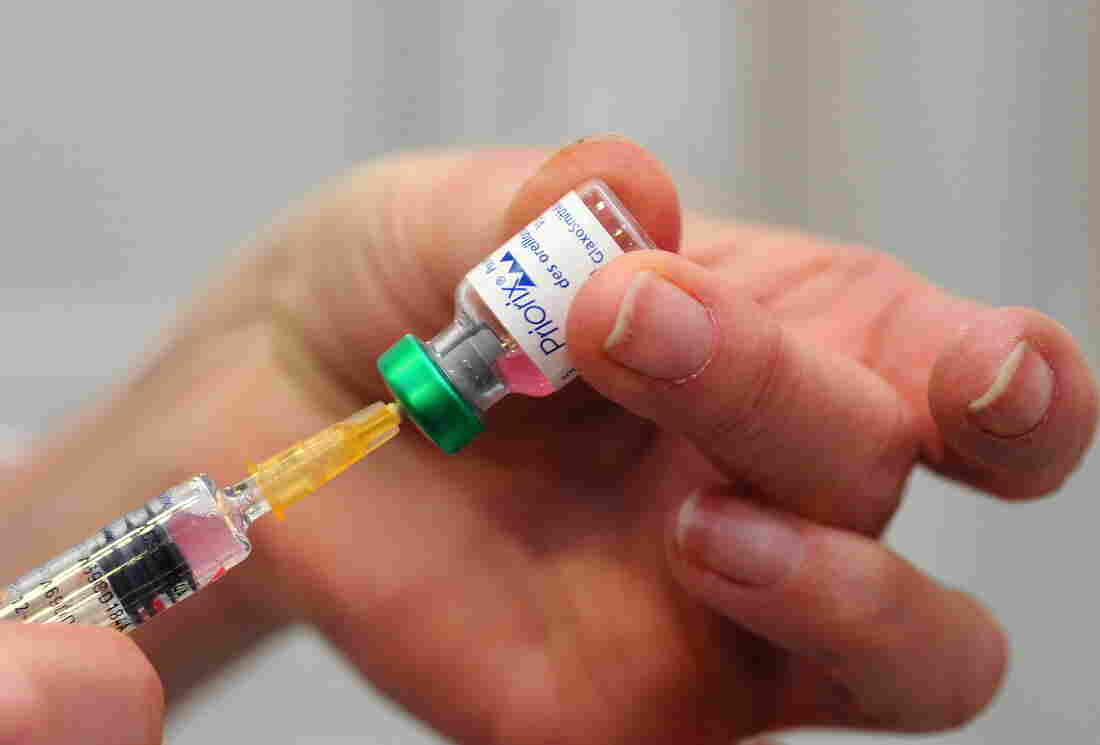 An MMR vaccination, immunizing against measles, mumps and rubella, is seen in the Health and Prevention Centre in Lyon, France. BSIP/UIG via Getty Images hide caption 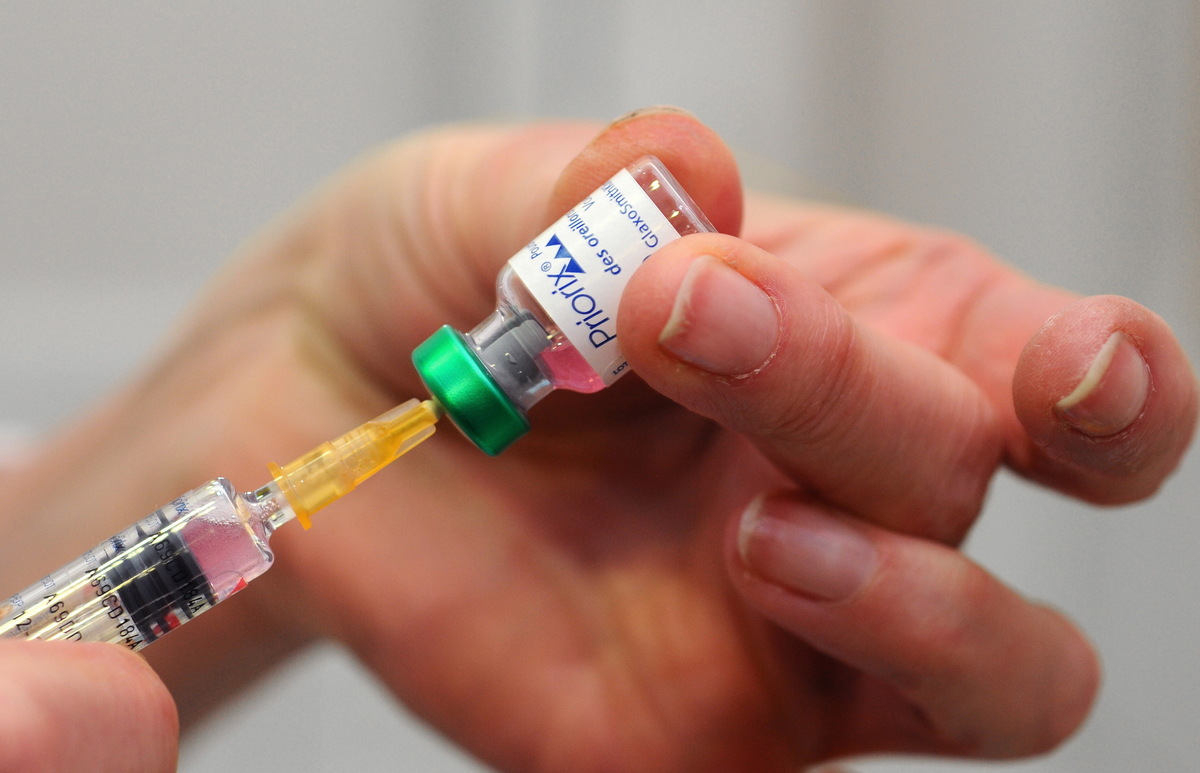 An MMR vaccination, immunizing against measles, mumps and rubella, is seen in the Health and Prevention Centre in Lyon, France.

A large study released Monday finds no evidence that the vaccine that protects against measles, mumps and rubella increases the risk of autism. The study of children born in Denmark is one of the largest ever of the MMR vaccine.

"The study strongly supports that MMR vaccination does not increase the risk for autism," the authors write in the Annals of Internal Medicine. "We believe our results offer reassurance and provide reliable data."

The study's first author, epidemiologist Anders Hviid of the Staten Serum Institute in Copenhagen, added in an email: "MMR does not cause autism."

In the study, researchers analyzed data collected from all children born in Denmark to Danish-born mothers between 1999 and 2010.

Among the 657,461 children included in the analysis, 6,517 were diagnosed with autism over the next decade. But there was no overall increased risk for the developmental disorder among those who received the MMR vaccine when compared with those who had not gotten the vaccine, the researchers found.

The researchers also found no increased risk among subgroups of children who might be unusually susceptible to autism, such as those with a brother or sister with the disorder.

The researchers noted that the study is a follow-up to a similar, large study they conducted in 2002 that was published in the New England Journal of Medicine. That study involved 537,000 Danish children.

"The idea that vaccines cause autism is still around despite our original and other well-conducted studies," Hviid wrote in an email. "Parents still encounter these claims on social media, by politicians, by celebrities, etc."

"We felt that it was time to revisit the link in a larger cohort with more follow-up which also allowed for more comprehensive analyses of different claims such as the idea that MMR causes autism in susceptible children," he added.

Other researchers agree the study provides powerful new evidence supporting the safety of the vaccine.

In an editorial accompanying the study, Dr. Saad Omer and Dr. Inci Yildirim of Emory University write that studies like this can help doctors refute unfounded claims and fears.

"Physicians should do what they do best. They should follow the emerging evidence – including that in vaccine communication science – and use it in their interactions with their patients and as public health advocates," Omer wrote in an email.

"Parents should not avoid vaccinating their children for fear of autism," Hviid wrote.