Accessibility links
Doctors Often Overlook Annual Alzheimer's Screening For Seniors : Shots - Health News A brief cognitive test can detect signs of Alzheimer's in older patients. Only half of primary care doctors routinely give one, despite coverage by Medicare as part of annual wellness visits. 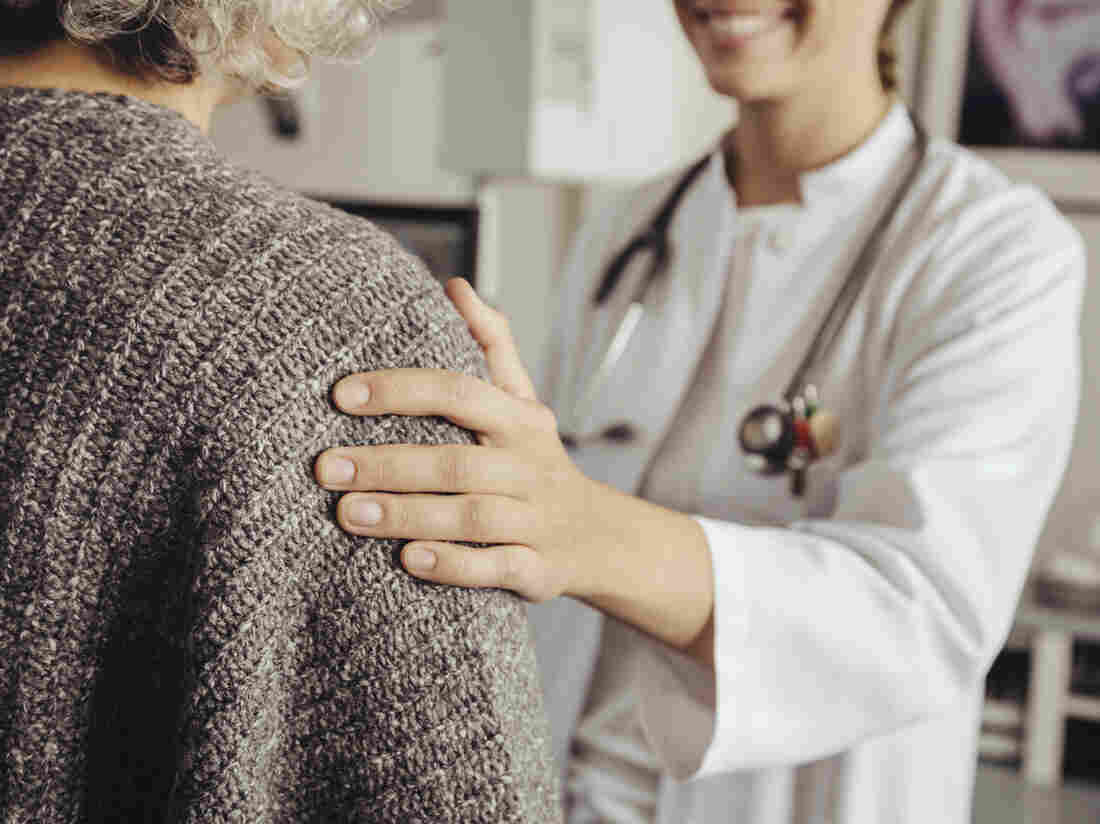 A screening test for signs of Alzheimer's disease takes only a few minutes, but many doctors don't perform one during older people's annual wellness visits. Westend61/Getty Images hide caption 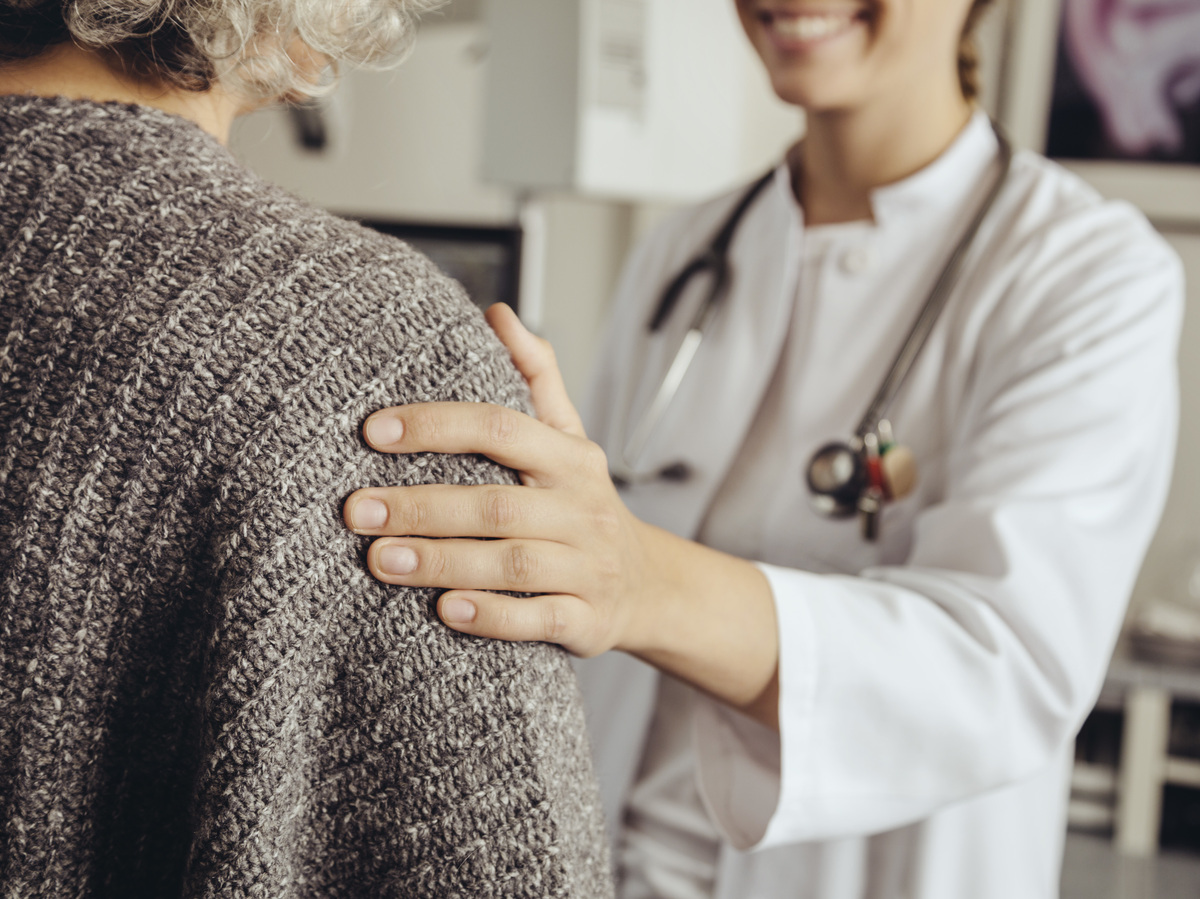 A screening test for signs of Alzheimer's disease takes only a few minutes, but many doctors don't perform one during older people's annual wellness visits.

Primary care doctors are really good at checking seniors' cholesterol levels and blood pressure but often fail to use tests that could detect dementia.

Fewer than half of primary care doctors surveyed say they routinely test patients 65 and older for problems with memory and thinking, according to a report released Tuesday by the Alzheimer's Association.

In contrast, 91 percent of seniors say their annual visits include a blood pressure check, and 83 percent say they include a cholesterol test.

"This cognitive assessment should be part of every senior's annual wellness visit," says Keith Fargo, director of scientific programs and outreach for the Alzheimer's Association. "But we're seeing that it's simply not happening."

Medicare has made a cognitive evaluation a required part of annual wellness visits.

Yet because doctors often skip the evaluation, many seniors are diagnosed only when they are severely impaired, Fargo says. As a result, it is often too late for the patient to plan for the future or enter a clinical trial.

How Soon Is Soon Enough To Learn You Have Alzheimer's?

"The first person who gets a drug that stops their Alzheimer's disease will get that drug in the context of a clinical trial," Fargo says. "And that's only going to happen to someone who knows they have cognitive decline."

Yet many doctors remain hesitant to broach the subject of cognitive testing with their older patients, says Joanne Pike, chief program officer of the Alzheimer's Association.

"Usually what we're seeing is that physicians are waiting for the senior to bring any concerns to them," Pike says.

One common fear among doctors is that they will harm an older patient by doing an assessment that reveals a cognitive problem, says Nicole Fowler, an assistant professor of medicine at Indiana University School of Medicine and a scientist with the Regenstrief Institute's Center for Aging Research.

So Fowler and a team of researchers did a study to see whether patients were harmed. "And what we found actually in that study is that there wasn't any harm, so there was no increase in rates of depression or anxiety in older adults who were screened," she says.

Even so, it can be hard to get seniors who have a cognitive problem to see a specialist and get the right sort of care and counseling, Fowler says. At least half the time, she says, patients refuse to act on the results of a cognitive assessment.

The solution is to have the medical system take a more active role in keeping in touch with people who've had a screening test. "We would never send somebody for a mammogram and then never follow up with them," she says.

The U.S. Preventive Services Task Force, for example, says the current evidence on cognitive screening is insufficient to assess whether it does more harm or good.

So it's hard to justify spending valuable time during a patient's visit to do a cognitive assessment, Sun says. "If you spend time doing things of questionable value, you might not get to the things that are of proven value," like screening for heart disease or diabetes, she says.

"Also, primary doctors who know their patients well don't need formal tests to detect cognitive problems," Sun says. "We will notice a change within a few minutes of walking in the exam room."