Accessibility links
Purdue Pharma Settles Opioid Lawsuit In Oklahoma : Shots - Health News The maker of OxyContin will pay to settle a historic opioid lawsuit brought by the attorney general of Oklahoma. Will other drugmakers named in the lawsuit follow? 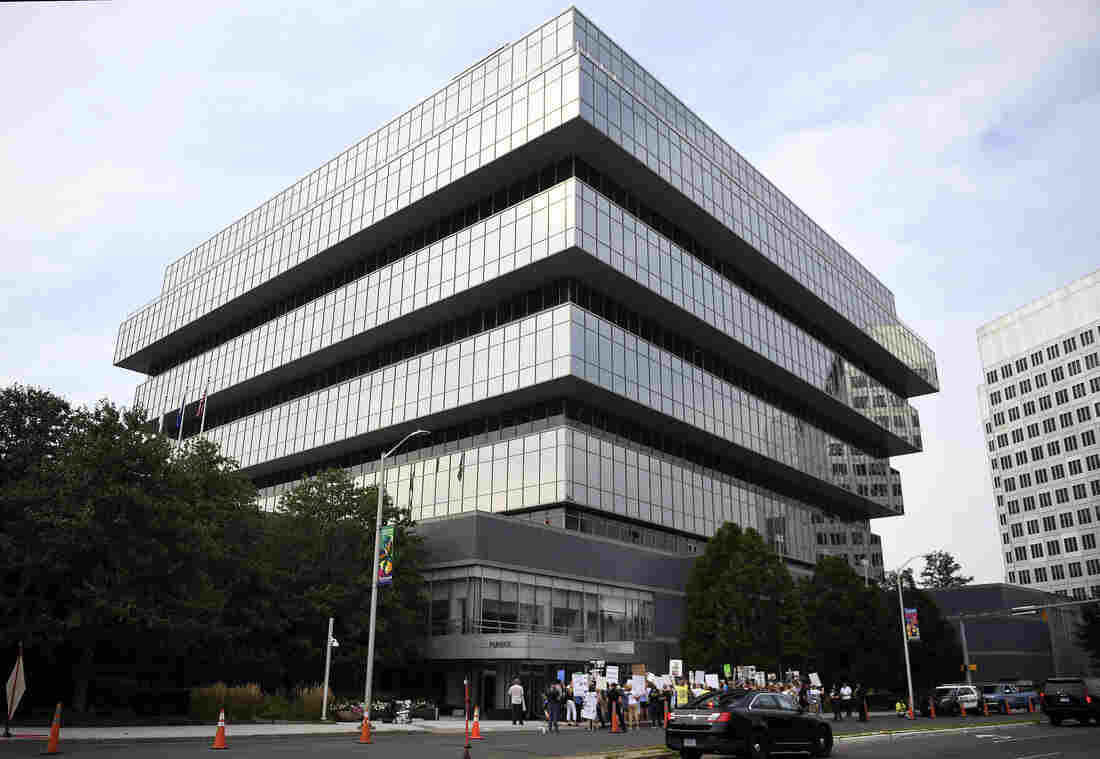 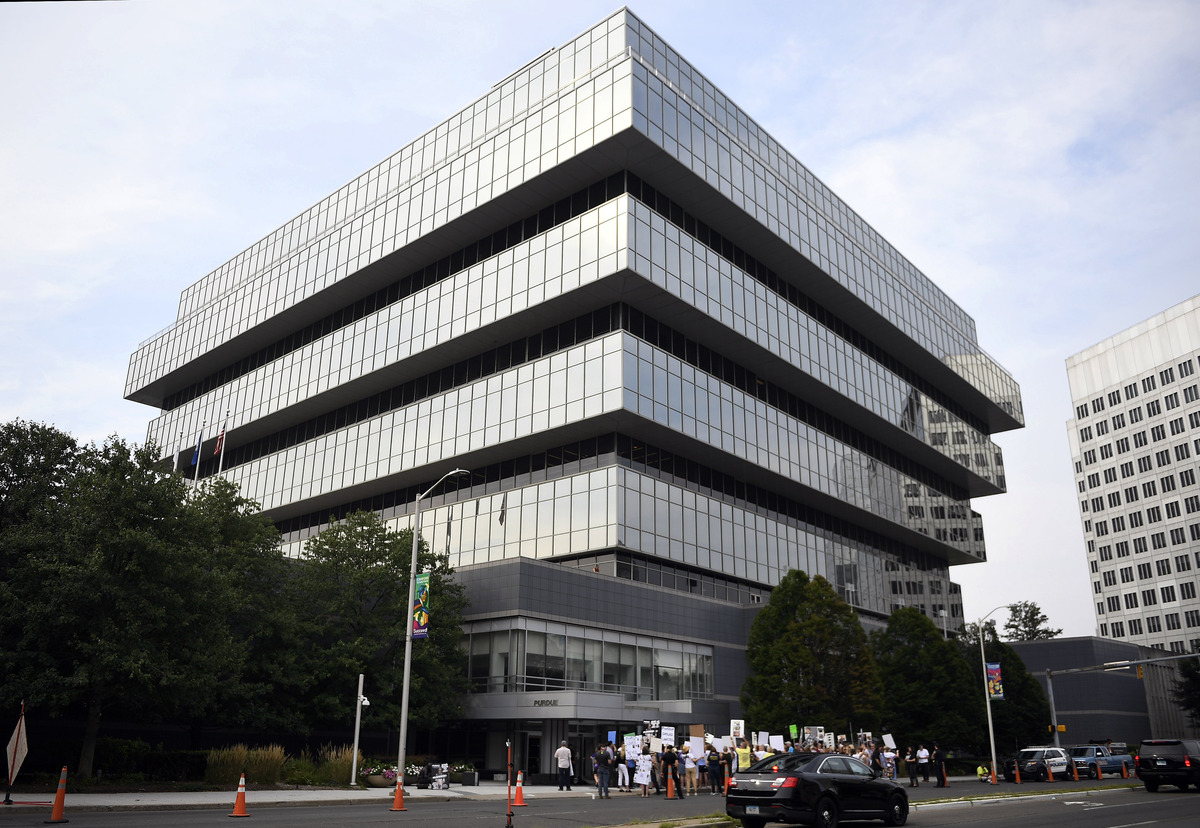 Purdue Pharma, headquartered in Stamford, Conn., the Sackler family, which owns the company, settled a case brought by the Oklahoma attorney general.

The first of more than 1,600 lawsuits pending against Purdue Pharma, the maker of the opioid OxyContin, has been settled.

The drugmaker has agreed to pay $270 million to fund addiction research and treatment in Oklahoma and pay legal fees.

Hunter had sought $20 billion dollars in damages against Purdue and other pharmaceutical firms.

The settlement comes one day after the Oklahoma Supreme Court denied Purdue's appeal for a delay of the trial. It is expected to begin on May 28, with the remaining defendants, including Johnson & Johnson and Teva Pharmaceuticals.

A judge has said the trial can be televised.

"We see this agreement with Oklahoma as an extension of our commitment to help drive solutions to the opioid addiction crisis," said Purdue Pharma CEO Dr. Craig Landau, in statement. "We pledge Purdue's ongoing support to the National Center and the life-saving work it will do for generations to come."

Landau refers to a new National Center for Addiction Studies and Treatment to be housed a Oklahoma State University in Tulsa. It will be funded by $102.5 million from Purdue and $75 million from the Sackler family, which owns the drug company.

"The agreement reached today will provide assistance to individuals nationwide who desperately need these services — rather than squandering resources on protracted litigation," the Sackler family said in a statement. "We have profound compassion for those who are affected by addiction and are committed to playing a constructive role in the coordinated effort to save lives."

Members of the Sackler family, some of whom were expected to be called to testify at trial, are reportedly contributing to the settlement. Court documents filed in Massachusetts show the Sacklers made more than $4 billion on opioid sales between 2008 and 2016.

The settlement also includes $20 million for medicines to be used by patients in the center, $12.5 million for counties and municipalities in Oklahoma and $60 million for legal fees.

Some lawyers suggest the deal in Oklahoma is the beginning of many more in cases that stretch across the nation. Attorneys representing more than 1,600 lawsuits consolidated in a federal court in Northern Ohio say the resolution in Oklahoma reflects the strength of claims against Purdue.

"We have long alleged that Purdue Pharma ignited today's epidemic by starting the disturbing practice of deceptive opioid marketing, convincing both doctors and the American public to trust that these drugs were safe and virtually non-addictive," said plaintiffs' attorneys Paul J. Hanly Jr., Paul T. Farrell Jr. and Joe Rice, in a statement. "Purdue's wrongdoing, however, does not stand alone."

There are nearly two dozen defendants named in the consolidated opioid lawsuits.

The U.S. and individual states are beginning to tally health care, incarceration and law enforcement costs tied to epidemic. The Centers for Disease Control and Prevention says the burden based on prescription drug misuse alone, in 2013, was $78.5 billion. Oklahoma estimated the opioid crisis would cost the state nearly $9 billion, according to the Washington Post. In Massachusetts, the costs, along with lost productivity, were $15.2 billion in 2017.

Purdue's CEO has said the company is exploring bankruptcy amid rising pressures. The U.S. House Oversight Committee has asked Purdue to produce a trove of documents by April 4 about the marketing and sales strategies for OxyContin.

Members of some families that lost loved ones to an opioid overdose say they are disturbed by the settlement.

Rhonda Lotti, of Watertown, Mass., had planned to attend the trial with other members of an opioid overdose grief group. Lotti's daughter Mariah suffered a fatal overdose in 2011 at age 19.

"I'm disgusted," said Lotti in an email."How many lives were worth $270 million?"

This story is part of a reporting partnership between WBUR, NPR and Kaiser Health News.