Accessibility links
How Mosquitoes Use Human Sweat To Find And Bite Us : Shots - Health News Female mosquitoes searching for a meal of blood detect people partly by using a special olfactory receptor to home in on our sweat. The finding could lead to new approaches for better repellents. 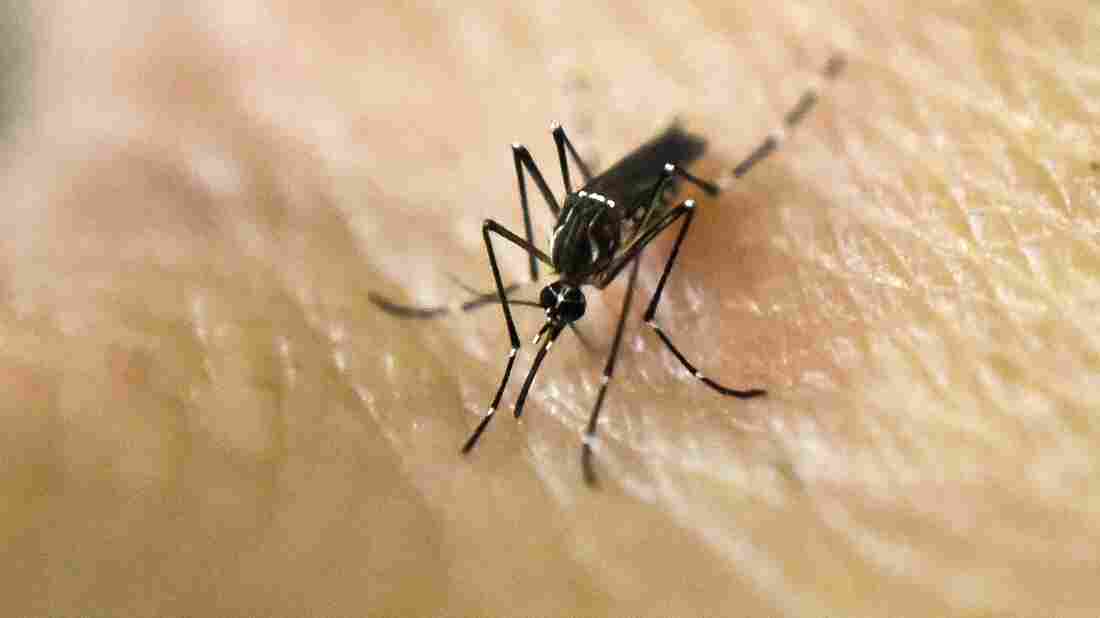 Female mosquitoes searching for a meal of blood detect people partly by using a special olfactory receptor to home in on our sweat. Luis Robayo/AFP/Getty Images hide caption 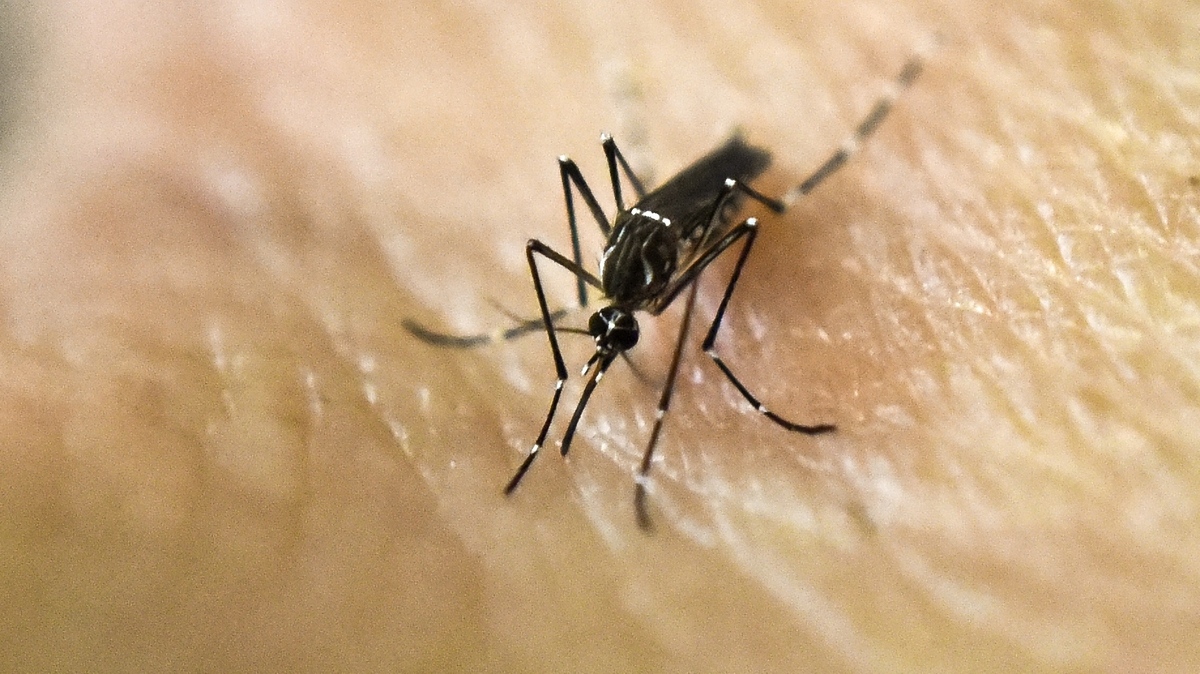 Female mosquitoes searching for a meal of blood detect people partly by using a special olfactory receptor to home in on our sweat.

Mosquitoes searching for a meal of blood use a variety of clues to track down humans, including our body heat and the carbon dioxide in our breath. Now, research shows that a certain olfactory receptor in their antennae also serves as a detector of humans, responding to smelly chemicals in our sweat.

Targeting this receptor might offer a new way to foil blood-seeking mosquitoes and prevent the transmission of diseases including malaria, Zika virus and dengue, according to the study published Thursday in the journal Current Biology.

"We found a receptor for human sweat, and we found that acidic volatiles that come off of us are really key for mosquitoes to find us," says Matthew DeGennaro, a neurogeneticist at Florida International University in Miami.

"I think what's exciting about it is that finally we have evidence that there is some sort of pathway, in the sense of smell, that is required for mosquitoes to like us," says Lindy McBride, a scientist at Princeton University who studies mosquito behavior and was not part of the research team.

It's long been known that mosquitoes rely on multiple clues to target humans. First, a mosquito will sense exhaled carbon dioxide from a distance that can be more than 30 feet. "After the carbon dioxide," DeGennaro explains, "then it begins to sense human odor."

The mosquito follows this odor and, when it gets very close, starts to detect body heat. Once mosquitoes land on you, "they actually can taste your skin with their legs and then they look for a place to bite," DeGennaro says.

A Guide To Mosquito Repellents, From DEET To ... Gin And Tonic?

He and his colleagues genetically altered mosquitoes to block the activity of a specific olfactory receptor called Ir8a. The result was that female mosquitoes — which are the ones that suck blood — were no longer attracted to lactic acid, an important component of human sweat.

What's more, the team did a variety of lab tests to see if disrupting this receptor would make mosquitoes less responsive to humans. The scientists asked people to put their hands into a device called an "olfactometer" that let mosquitoes smell them from a distance. Captive mosquitoes could fly through the device to get close, but not close enough to bite. Tests showed that genetically altering mosquitoes to disable this olfactory receptor made the pests significantly less likely to fly toward the humans' skin.

And to show that it was a response to smell that was being affected, the researchers also had people in the study wear nylon sleeves for about 12 hours to collect sweat. Then they put these sleeves into the olfactometer. Again, mutant mosquitoes were much less attracted to the scent than normal mosquitoes were.

Now, it might seem obvious that crippling mosquitoes' olfactory system would make it difficult for them to smell people. "But the thing is, mosquitoes smell in a couple of different ways," McBride says. Previous work showed that disabling a different part of the olfactory system "had no effect, and it was a big surprise," she notes. "So it's really exciting to see that this other type of smelling is actually essential."

"I thought this was a fantastic study," says Jeff Riffell, a biologist at the University of Washington who studies chemical communication. "It's an open question about how mosquitoes, No. 1, can locate people to bite. And then, how do they choose which people to bite — what are the mechanisms?"

Riffell says this study shows conclusively that the behavior is mediated by a receptor that allows the mosquitoes to "smell our, you know, kind of funk or body odor. And so they're able to really demonstrate the importance of this receptor."

It might be possible, he says, to create "a perfume or a chemical that prevents that receptor from operating. So you can imagine it being like a perfume or something you sprayed on, and mosquitoes can no longer kind of detect our sweat."

Laura Duvall of The Rockefeller University in New York, who studies host-seeking behavior in mosquitoes, says this research might also help explain how mosquitoes distinguish between humans and other animals.

"Mosquitoes are so good at finding us because they're paying attention to many different components of human odor — including the acidic volatiles that we produce," she notes.

Disrupting any one single pathway isn't likely to prevent mosquitoes from biting us, Duvall says. But understanding all the signals that the insects use could help "make better human mimics, which could be used to lure mosquitoes into a trap — and away from humans."

Larry Zwiebel, a biologist who studies insect olfaction and behavior at Vanderbilt University, says evolution has created a sensory system for mosquitoes that has lots of parts that overlap and interact to produce the most efficient human-seeking machine.

He says some of the lab tests in this study, for example, made it clear that carbon dioxide was necessary for sensitizing mosquitoes to lactic acid in human sweat.

"So it shows that in order for this process to really work effectively, and at its highest level, the mosquito wants to sense carbon dioxide, and that information makes the lactic acid information more valuable to the mosquito — more usable," Zwiebel says.

"The mosquito is looking for what is often called a coincidence detector," he says. "It's not just one signal, but many signals — all of which, when they coincide, provide the strongest degree of impulse to drive this behavior."

Finding ways to overstimulate parts of the mosquito's human-detection system, Zwiebel says, might help scientists create a particularly powerful repellent. For the mosquito, he says, the effect would be "like getting on an elevator with someone who has put on way too much cologne."