Accessibility links
Mumps Outbreak: MMR Vaccine's Protection Against Mumps Can Fade : Shots - Health News Temple University officials say the vast majority of students who are part of a mumps outbreak had been immunized previously with a vaccine that protects against measles, mumps and rubella. 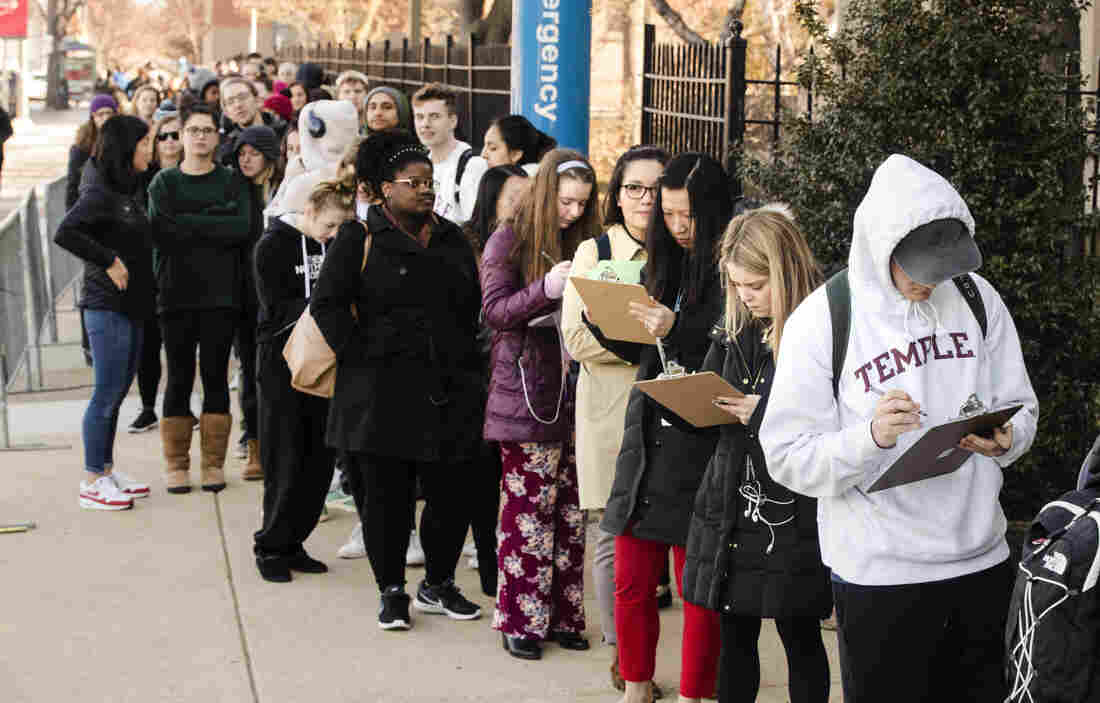 People lined up Wednesday to be vaccinated amid a mumps outbreak on the Temple University campus in Philadelphia. Matt Rourke/AP Images hide caption 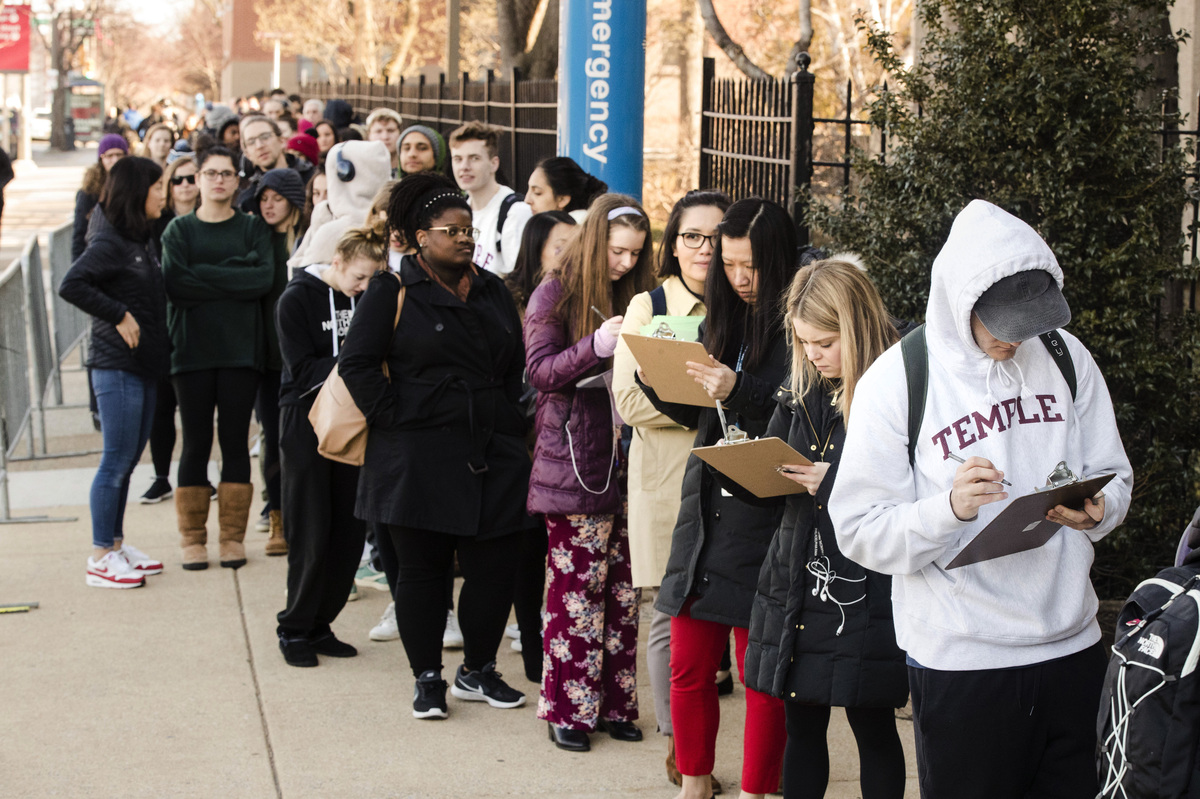 People lined up Wednesday to be vaccinated amid a mumps outbreak on the Temple University campus in Philadelphia.

A mumps outbreak that began at Philadelphia's Temple University in February has snowballed, with the city's health department now reporting 106 cases associated with the flare-up.

University officials say the vast majority of students involved had been immunized previously with the MMR vaccine, which protects against measles, mumps and rubella.

So why are so many still appearing on campus with the mumps' signature swollen cheeks?

James Garrow, a spokesperson for the Philadelphia Department of Public Health says, for mumps, the vaccine's power can wane over time.

"The MMR vaccine is excellent against measles and rubella. Against mumps it provides good immunity, but not excellent," he says. "By the time (students) get to college, their immunity is lowered."

On Wednesday, Temple set up a free clinic to provide students with booster shots. Mark Denys, the director of Student and Employee Health Services at Temple, says many of the 2,206 people vaccinated had already received the required two rounds of the vaccine, but "wanted to make sure they were covered."

Health official are hopeful the booster, which will be offered again on Friday, will help curtail the spread of the virus. But it could take a while.

"It feels like it's been going on forever," says Garrow. "We expect this outbreak to last a few more weeks at the bare minimum."

Colleges are fertile grounds for the mumps virus, says Rupali Limaye, an associate director for behavioral research at Johns Hopkins' Institute for Vaccine Safety. In the last few years, there have been outbreaks at University of Iowa, Harvard and Syracuse.

"It's airborne, so if you have a college student in a lecture hall with 1,000 people, and that person sneezes and coughs then someone else can breathe that in," Limaye says. Combine those factors with the fact that most students have gone over a decade without a booster, and she says,"it's easy for it to spread."

Mumps' symptoms can include pain and swelling of salivary glands in the jaw and cheek areas, according to the Centers for Disease Control and Prevention. In men and adolescent boys, mumps infection can also lead to painful swollen testicles. Women and adolescent girls may develop swollen or painful ovaries. Rarer complications include meningitis, encephalitis and hearing loss.

This year through March 16, a total of 277 cases of mumps had been reported across the country, according to CDC data.

After the outbreak at Harvard in 2016, researchers from the university came out with a study suggesting students might benefit from a third booster shot at age 18.

Though the study found immunity for mumps lasts on average for 27 years, the study's co-author Joseph Lewnard, now an assistant professor of epidemiology at University of California, Berkeley, says not all college freshmen fare so well.

"A substantial number of people may have lost protection by the time they're 18 and entering college," says Lewnard. So, he says, vaccinating "routinely would be a good thing to consider instead of only using doing it as a reactive step once an outbreak has started."