Accessibility links
Spring Allergies? Sublingual Immunotherapy Tablets Might Help : Shots - Health News Many allergists have started to prescribe immunotherapy tablets to some of their patients. They're safe and convenient and, like allergy shots, they treat the root cause of your allergic misery.

Listen · 2:41 2:41
Seasonal Sniffles? Immunotherapy Tablets Catch On As An Alternative To Allergy Shots 2:41 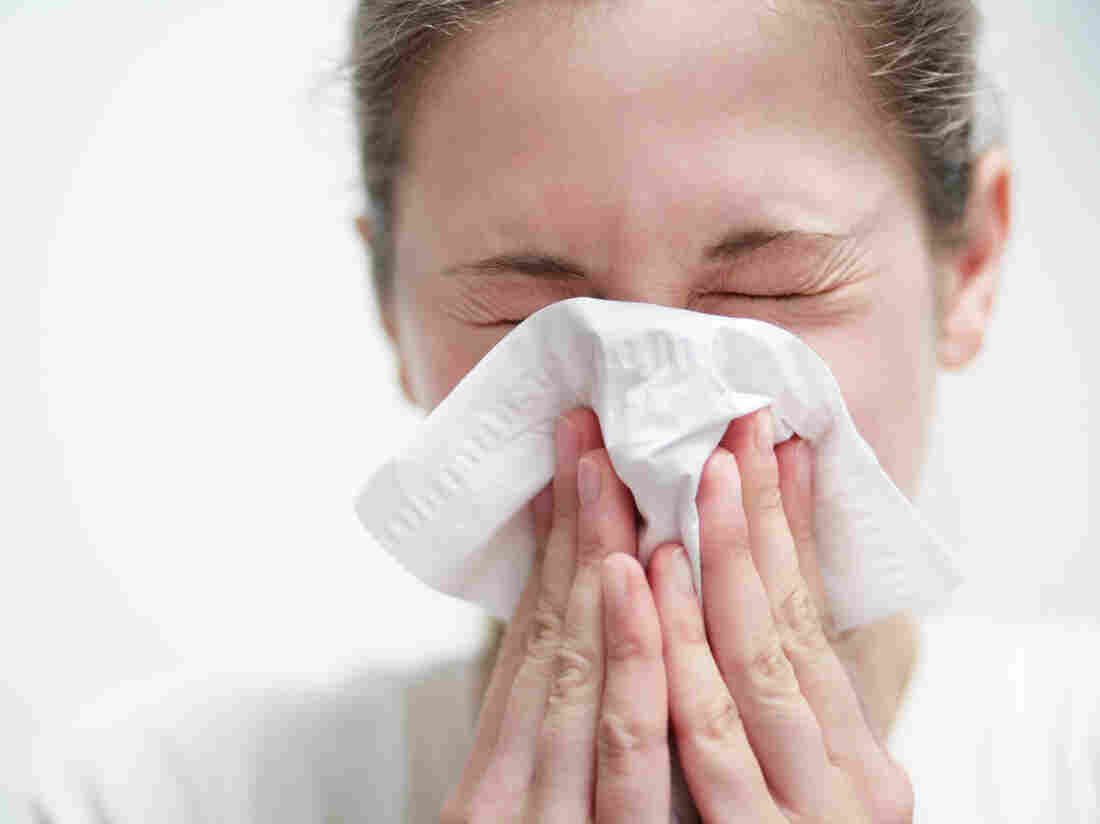 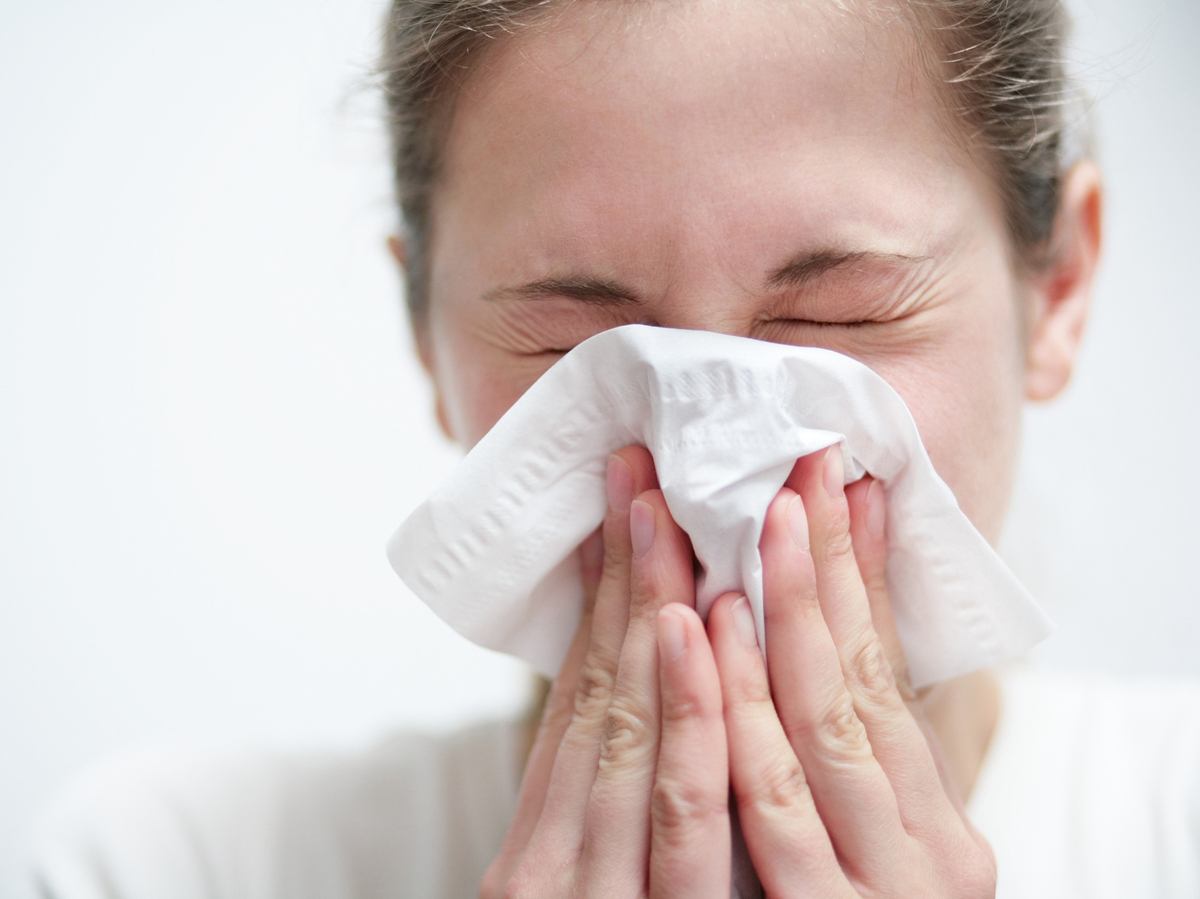 A new treatment for allergies is gaining popularity. Sublingual immunotherapy works to tame the immune response, much like allergy shots.

Sneezing, runny nose, congestion, or irritated eyes? Yes, we hear you: The misery of seasonal allergies is real. A lot of people find temporary relief with over-the-counter medications, but these don't treat the cause.

As we head into grass pollen season over the next few months, here's an option to consider: Many allergists now prescribe immunotherapy tablets, which work in the same way as allergy shots, to some of their patients with grass allergies.

But unlike allergy shots, which require frequent trips to the doctor, you can take the tablets at home. "It's a little wafer you put under your tongue, and it dissolves in about 10 seconds," says allergist Mike Tankersley, who practices in Memphis, Tenn.

The treatment, known as sublingual immunotherapy, or SLIT, is more convenient than shots and has been shown to be safe. But it won't work for everyone. Each tablet targets just one allergy. There are four FDA-approved tablet products on the market to treat grass pollens, house dust mites and ragweed.

"I've had several patients who have been very happy with having something to take at home," Tankersley says.

According to a recent survey by the American College of Allergy, Asthma and Immunology, 73 percent of allergists now prescribe these immunotherapy tablets to some of their patients. Since these products were approved, starting five years ago, "there's been a significant change in practice in the United States," Tankersley says.

Tankersley, who also serves as vice chair of the ACAAI's Committee on Immunotherapy and Diagnostics, says he still recommends allergy shots to the majority of patients because most of them have multiples allergies. Shots can be formulated to target all of the allergies in one shot.

Tankersley says he recommends this quiz from ACAAI for patients trying to decide whether shots or tablets are the best option.

Like allergy shots, the tablets are a form of immunotherapy, which can alter your immune system. It's a complex response, but one part of what's going on when you take the shots or tablets is your body can produce regulatory cells "that suppress the immune response," explains Harold Nelson, an allergist and immunologist at National Jewish Health in Denver. In other words, immunotherapy can put a cap on the immune reaction and tamp down symptoms.

Over the very long term, Nelson says, when immunotherapy works well, "the whole balance in the immune system is restored to pretty much that which is seen in non-allergic people."

The tablets work best if you have just one or two main allergies that bother you. For instance, if grass pollen is your problem, there are two tablet products to fight grass allergies.

"If you live in a place like the Willamette Valley of Oregon or Northern California where grass is the predominant allergen, and that's what really bothers you, then the tablets are great," Nelson says.

The pollen from ragweed, which is found in many regions of the U.S., causes allergy symptoms in up to 23 million people. And the ragweed tablet has been shown to be a safe and effective treatment. Similarly, house dust mite allergies — which don't have much of a seasonal ebb and flow — can be treated effectively with the dust mite tablet, according to research. The grass pollen tablets are approved for adults and children (age 5 and older). The ragweed and dust mite tablets are approved for people 18 and older.

So far, there's no sublingual immunotherapy approved in the U.S. for tree pollen, which drives early spring allergies. In Europe, there's a tablet developed to treat birch allergies, which Nelson says could potentially be effective against some oak allergies. And in Japan there's an approved tablet for Japanese cedar, which might be effective in treating some cedar and juniper allergies seen in the U.S. Tankersley says allergists are hopeful that over the next several years a tablet for some tree pollen allergies may be available in the U.S.

What if you have two main allergies that bother you? Say, grass allergies in the late spring or summer and ragweed, which is often called hay fever and tends to spike in mid-September. Can you take both tablets? "Yes, you can," says Nelson.

There's evidence for both safety and efficacy, Nelson explains, for taking two immunotherapy tablets simultaneously. But typically the tablets are started at different times, Nelson says. One drawback is that some insurance plans won't cover two tablets at the same time. However, with tablets, you don't have the copay that may come with office visits.

Many people get allergy relief with over-the-counter nasal steroids such as Flonase and Nasacort and anti-histamines. And Tankersley says they can be effective at treating symptoms. But unlike allergy shots and immunotherapy tablets, these medicines don't address the root cause of the problem.

"That's the big advantage of immunotherapy," he says. "We're really shooting for a cure."