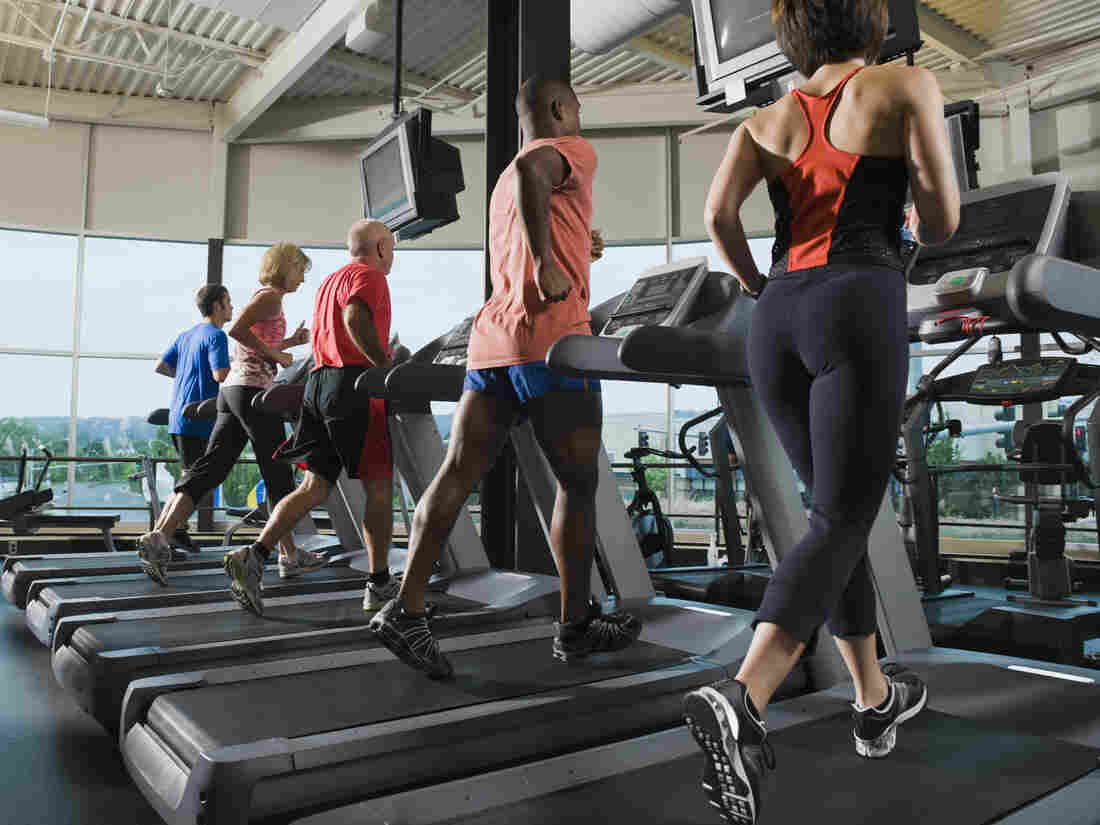 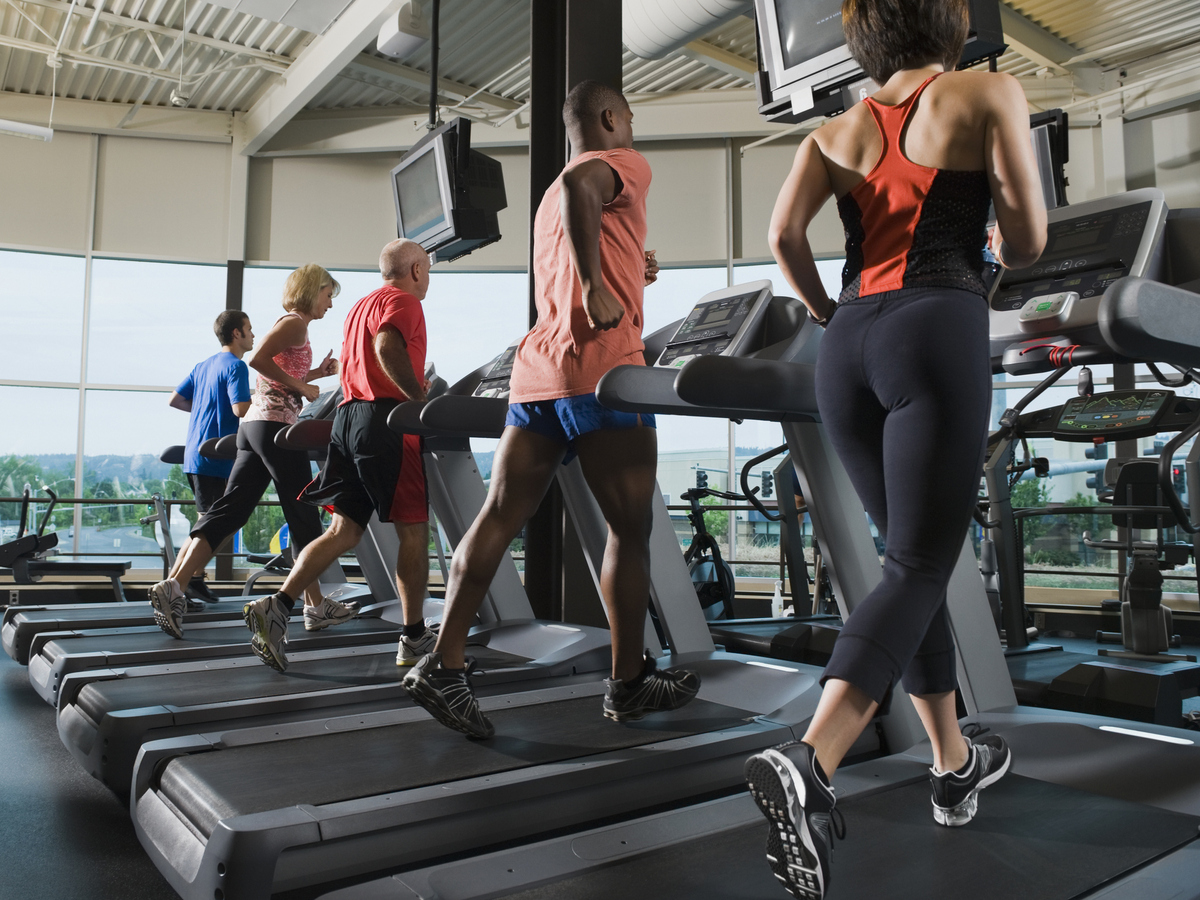 A large new study finds mixed results for the effectiveness of programs aimed at motivating healthful behavior — such as more exercise and better nutrition — among employees.

Workplace wellness programs — efforts to get workers to lose weight, eat better, stress less and sleep more — are an $8 billion industry in the U.S.

Most large employers offer some type of wellness program, with growth fueled by incentives in the federal Affordable Care Act.

But no one has been sure they work. Various studies over the years have provided conflicting results, with some showing savings and health improvements while others say the efforts fall short.

Many studies, however, faced a number of limitations, such as failing to have a comparison group, or figuring out whether people who sign up for such wellness programs are somehow healthier or more motivated than those who do not.

Researchers from the University of Chicago and Harvard may have overcome some of these obstacles with one of the first large-scale studies to be peer-reviewed and employ a randomized controlled trial design. They published their findings Tuesday in the medical journal JAMA.

The scientists randomly assigned 20 BJ's Wholesale Club outlets to offer a wellness program to all employees, then compared results with 140 stores that did not.

The big-box retailer employed nearly 33,000 workers across all 160 clubs during the test.

The wellness program consisted of asking participating workers to fill out a health risk questionnaire, have some medical tests, such as blood pressure and blood glucose, and take up to eight classes on topics such as nutrition and exercise.

After 18 months, it turned out that, yes, workers participating in the wellness programs self-reported healthier behavior than those not enrolled, such as exercising more or managing their weight better.

But the efforts did not result in differences in health measures, such as improved blood sugar or glucose levels, how much employers spent on health care or how often employees missed work. Their job performance and how long they stuck around in their jobs also seemed unaffected, the researchers say.

"The optimistic interpretation is there is no way we can get improvements in health or more efficient spending if we don't first have changes in health behavior," says Katherine Baicker, dean of the Harris School of Public Policy at the University of Chicago, and one of the study's authors. (Dr. Zirui Song, an assistant professor of health policy and medicine at Harvard Medical School, was its co-author.)

"But if employers are offering these programs in hopes that health spending and absenteeism will go down, this study should give them pause," Baicker says.

The study comes amid widespread interest in wellness programs.

The Kaiser Family Foundation's annual survey of employers found that 53 percent of small firms and 82 percent of large firms offer a program in at least one of these areas: smoking cessation, weight management, and behavioral or lifestyle change. (Kaiser Health News is an editorially independent program of the foundation.)

Some programs are simple, offering gift cards or other small incentives to fill out a health risk assessment; take a lunch-and-learn class; or join a gym or walking group. Others are far more invasive, asking employees to report on a variety of health-related questions and roll up their sleeves for blood tests.

A few employers offer financial incentives to workers who actually reduce their risk factors — lowering high blood pressure, for example, or reducing levels of bad cholesterol — or who make concerted efforts to participate in programs that might help them reduce these risk factors over time.

The Affordable Care Act allowed employers to offer financial incentives worth up to 30 percent of the cost of health insurance — that led some employers to entice workers with what could amount to hundreds or even thousands of dollars in discounted insurance premiums or reduced deductibles.

Such large financial incentives led to court challenges about whether those programs are truly voluntary. The result of such cases is still unclear — a judge has asked the Equal Employment Opportunity Commission to revise the rules governing the programs, but those revisions are not expected to be published this year.

In the study reported in JAMA, the incentives were modest. Participants got small-dollar gift cards for taking wellness courses on topics such as nutrition, exercise, disease management and stress control. Total potential incentives averaged $250. About 35 percent of eligible employees at the 20 participating sites completed at least one module.

Results from those workers — including attendance and tenure data, their self-reported health assessment and results from lab blood tests — were specifically compared with similar reports from 20 primary comparison sites where workers were not offered the wellness gift cards and classes. Overall employment and health spending data from all worksites were included in the study.

Wellness program vendors say details matter when considering whether efforts will be successful.

Jim Pshock, founder and CEO of Bravo Wellness, says the incentives offered to BJ's workers might not have been large enough to spur the kinds of big changes needed to affect health outcomes.

Amounts "of less than $400 generally incentivize things people were going to do anyway," Pshock says. "It's simply too small to get them to do things they weren't already excited about."

An accompanying editorial in JAMA notes that "traditional, broad-based programs like the one analyzed by Song and Baicker may lack the necessary intensity, duration, and focus on particular employee segments to generate significant effects over a short time horizon."

In other words, don't give up entirely on wellness efforts, but consider "more targeted approaches" that focus on specific workers who have higher risks, or on "health behaviors [that] may yield larger health and economic benefits," the editorial suggests.

It could be, the study acknowledges, that 18 months isn't enough time to track such savings. So, Baicker and Song also plan to publish three-year results once they are finalized.

Still, similar findings were recently reported by the University of Illinois, where individuals were randomly selected to be offered wellness programs. This study, published in 2018 by the National Bureau of Economic Research, concluded that the workplace wellness program did not reduce health care costs or change health behaviors.

In one interesting point, that study found that wellness-program participants were likely already healthier and more motivated, "thus a primary benefit of these programs to employers may be their potential to attract and retain healthy workers with low medical spending," the authors write.

Everyone involved in studying or conducting wellness agrees on one thing: Changing behavior, and getting people motivated to participate at all, can be difficult.

Steven Aldana, CEO of WellSteps, a wellness program vendor, says that for the efforts to be successful, they must cut across many areas — from the food served in company cafeterias to including spouses or significant others in helping people quit smoking, eat better or exercise more.

"Behavior is more complicated than simply taking a few wellness modules," Aldana said. "It's a lifestyle matrix or pattern you have to adopt."

Kaiser Health News is an editorially independent, nonprofit program of the Kaiser Family Foundation. KHN is not affiliated with Kaiser Permanente.