Accessibility links
When Opioid Prescribers Are Arrested, What Happens To Their Patients? : Shots - Health News After dozens of health care workers were charged with illegally prescribing opioids in Appalachia, local health agencies are trying to make sure chronic pain patients don't fall through the cracks. 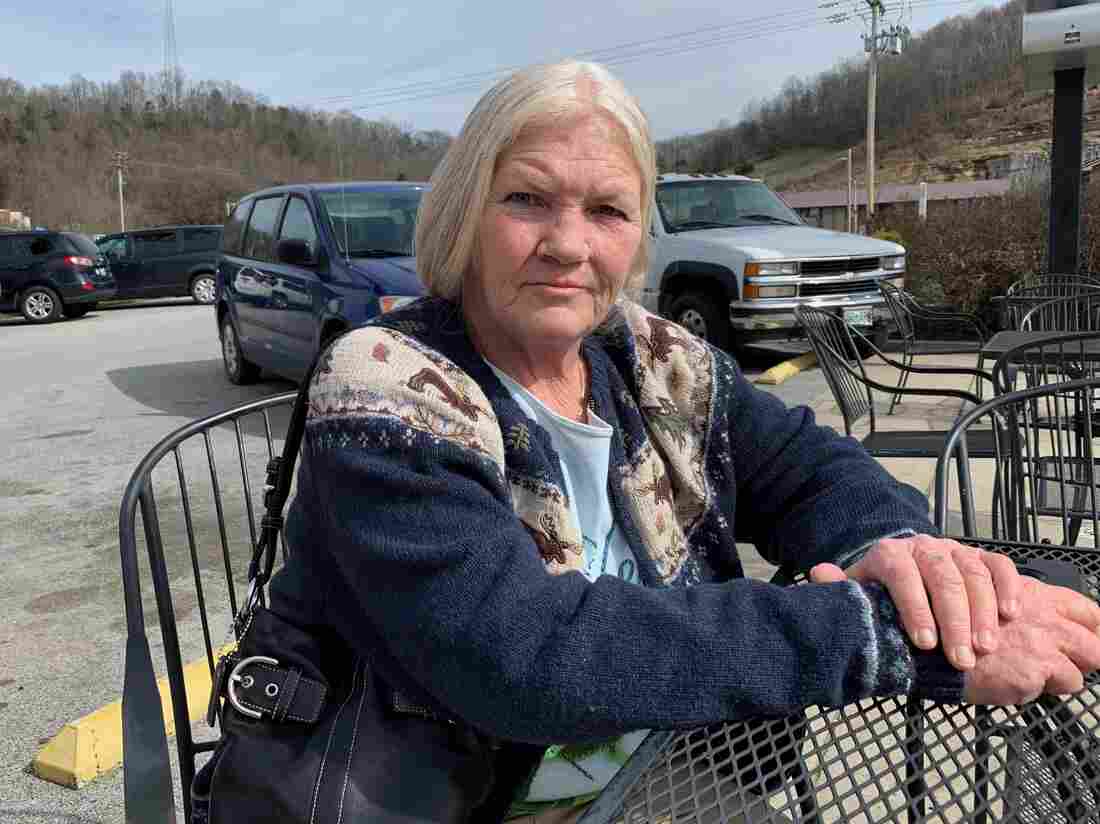 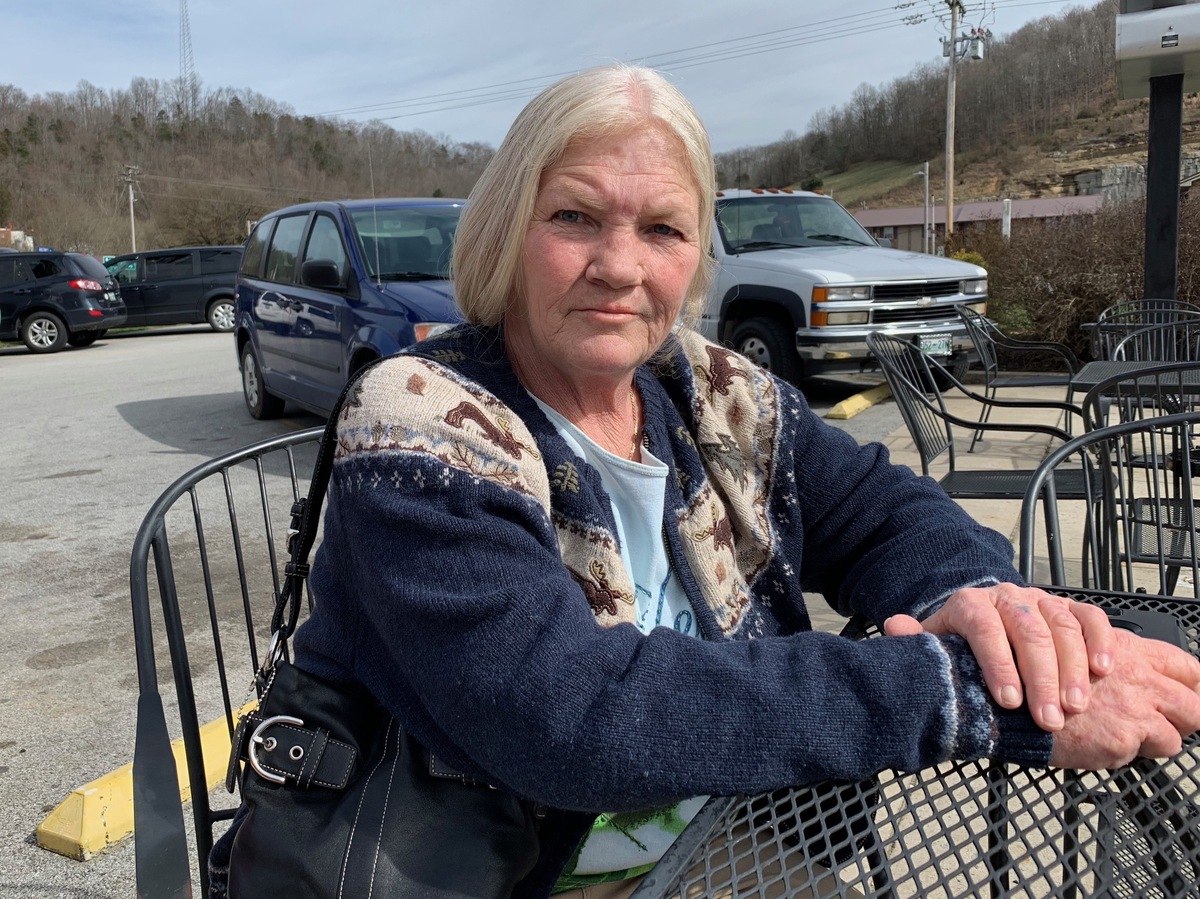 A pharmacist in Celina, Tenn., was one of 60 people indicted on charges of opioid-related crimes this week, in a multistate sting. John Polston was charged with 21 counts of filling medically unnecessary narcotic prescriptions.

He was also Gail Gray's pharmacist and the person she relied on to regularly fill her opioid prescriptions.

"I take pain medicine first thing in the morning. I'm usually up most of the night with pain," she says. "I hurt all the time."

Living in a mountainous community on the Tennessee-Kentucky line, Gray has coped with a degenerative disk disease for more than 15 years, requiring multiple back surgeries. She says the chronic pain is totally debilitating without powerful opioids.

But with her druggist shut down, her high-dose prescriptions have been questioned by the other pharmacy in town.

"They wouldn't take me because I was red-flagged on my dose," she says.

The dozens of indictments across Appalachia this week left thousands of patients who are dependent on opioids to function on a daily basis scrambling, from Ohio to Alabama. Over 50 of those indicted were doctors, nurses or other medical professionals. So as agents were in the field making arrests, the Justice Department also coordinated with local agencies to deploy health workers to look for desperate patients.

"That plan is designed to ensure that affected patients have continued access to care and are, at the same time, directed to legitimate medical professionals in the area," he said at a press conference in Cincinnati on Wednesday.

Amid an ongoing crackdown on overprescribing doctors in Appalachia announced in October, patient advocates have been increasingly concerned for pain patients and those abusing prescription drugs. Being suddenly cut off from medications they depend on can be dangerous. Patients could become so desperate from withdrawals that they may resort to street drugs and could overdose.

But this time, in Tennessee, the health department is working to connect people who need pain treatment to legitimate pain clinics. And the substance abuse department began plastering messages online just as the indictments were unsealed, giving patients a hotline to call.

"This is the first time that we have had this type of heads-up," says Marie Williams, who oversees Tennessee's substance abuse agency.

With previous stings that resulted in the closure of pain clinics, Williams says, her staffers have gotten maybe one day to prepare. This time, it was nearly a month.

Overdose prevention specialists have been deployed to train families on how to use reversal drugs like Narcan. They've also been taping up flyers on shuttered clinic doors.

Williams says she hopes many who may have become addicted to painkillers will see the loss of their opioid supplier as a turning point.

"This is an opportunity to really change your life and get to be the person that you really want to be," she says.

One of medical practices shuttered by the federal takedown is in the small town of Carthage, Tenn. Dr. Bowdoin Smith is charged with prescribing controlled substances without a legitimate medical purpose.

Suzanne Angel is a state-funded outreach nurse in the area who is helping contact patients in wake of the crackdown. She has been warning local hospital and emergency responders to be on alert for patients who may act out of desperation to find addictive narcotics or who may even be suicidal. This month, the Food and Drug Administration has acknowledged the risk of serious harm for patients who are abruptly taken off opioids and issued new guidance to prescribers for how to safely taper patients off high dosages of opioids.

"I'm sure that they feel depression, despair, maybe anger and fear about 'who is going to take care of me?' and 'is there going to be any support or services out there for me?' " Angel says. "I don't want them to feel alone."

Angel says there are now more alternatives to opioids, and it's possible patients could find another pain clinic.

Because of the current legal focus on opioids, it can be much harder to obtain heavy dosages. And among the thousands of patients getting their medication through questionable providers, many have very legitimate needs.

Gray found a new pharmacy, though it means driving to the next county. She expects it won't be long before she's shopping for help again.

This story is part of a reporting partnership with Nashville Public Radio, NPR and Kaiser Health News.