Accessibility links
Alphabet's Google And Verily Develop AI For Health : Shots - Health News The search giant's push into artificial intelligence as a tool for health improvement is a natural evolution for a company that has developed algorithms that reach deep into our lives through the Web.

Listen · 7:36 7:36
Google Searches For Ways To Put Artificial Intelligence To Use In Health Care 7:36 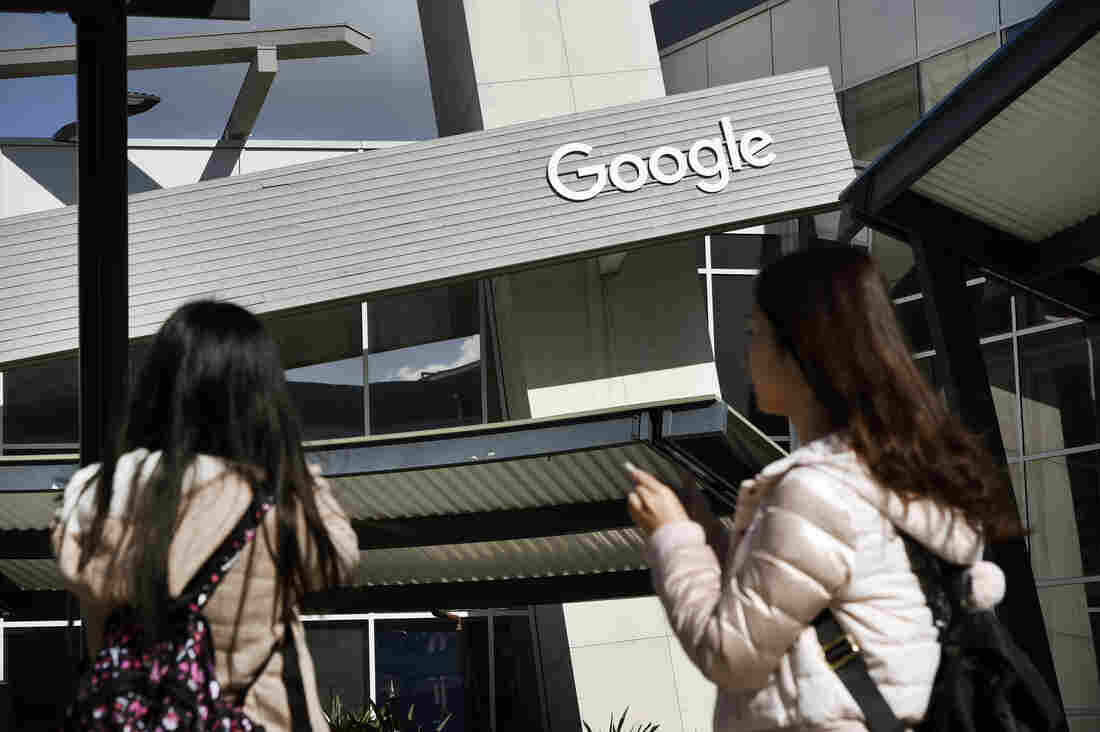 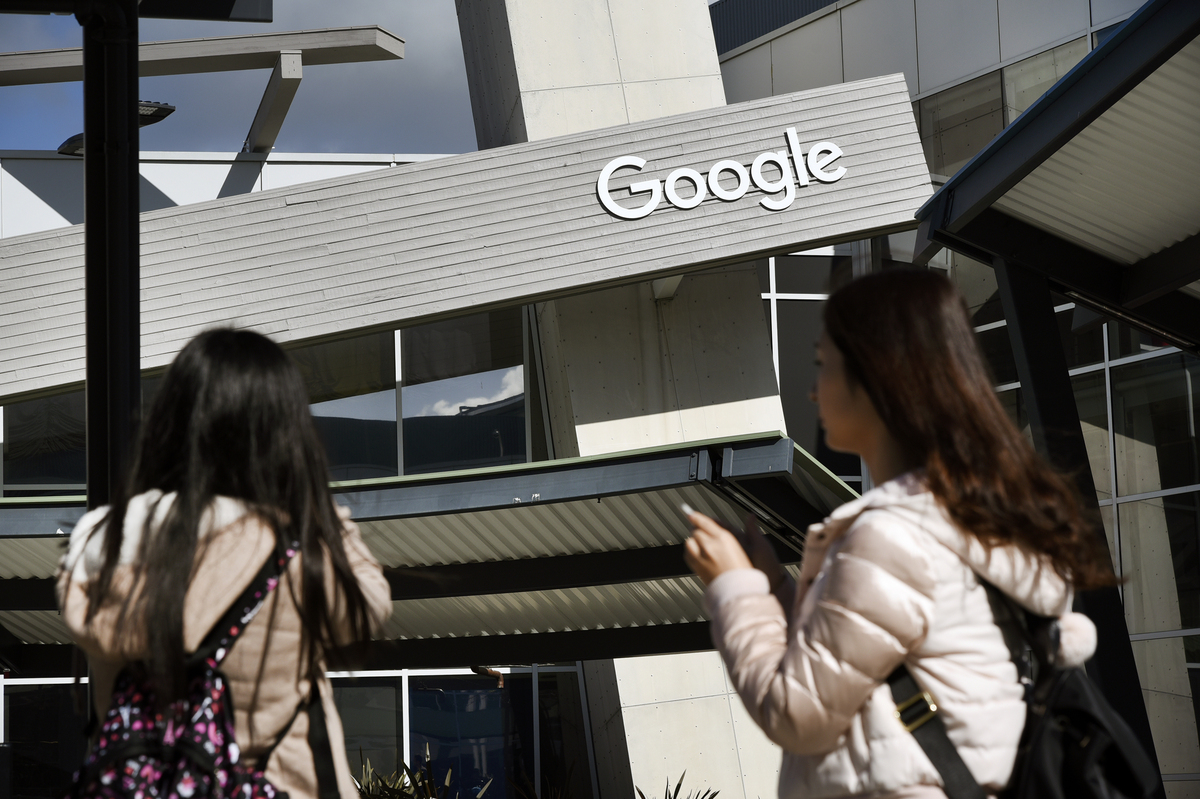 Google is looking to artificial intelligence as a way to make a mark in health care.

One of the biggest corporations on the planet is taking a serious interest in the intersection of artificial intelligence and health.

Google and its sister companies, parts of the holding company Alphabet, are making a huge investment in the field, with potentially big implications for everyone who interacts with Google — which is more than a billion of us.

The push into AI and health is a natural evolution for a company that has developed algorithms that reach deep into our lives through the Web.

"The fundamental underlying technologies of machine learning and artificial intelligence are applicable to all manner of tasks," says Greg Corrado, a neuroscientist at Google. That's true, he says, "whether those are tasks in your daily life, like getting directions or sorting through email, or the kinds of tasks that doctors, nurses, clinicians and patients face every day."

Corrado knows a bit about that. He helped Google develop the algorithm that Gmail uses to suggest replies.

The company also knows the value of being in the health care sphere. "It's pretty hard to ignore a market that represents about 20 percent of [U.S.] GDP," says John Moore, an industry analyst at Chilmark Research. "So whether it's Google or it's Microsoft or it's IBM or it's Apple, everyone is taking a look at what they can do in the health care space."

Google, which provides financial support to NPR, made a false start into this field a decade ago. The company backed off after a venture called Google Health failed to take root. But now, Google has rebooted its efforts.

Hundreds of employees are working on these health projects, often partnering with other companies and academics. Google doesn't disclose the size of its investment, but Moore says it's likely in the billions of dollars.

One of the prime movers is a sister company called Verily, which this year got a billion-dollar boost for its already considerable efforts. Among its projects is software that can diagnose a common cause of blindness called diabetic retinopathy and that is currently in use in India. Verily is also working on tools to monitor blood sugar in people with diabetes, as well as surgical robots that learn from each operation.

"In each of these cases, you can use new technologies and new tools to solve a problem that's right in front of you," says cardiologist Jessica Mega, Verily's chief medical and scientific officer. "In the case of surgical robotics, this idea of learning from one surgery to another becomes really important, because we should be constantly getting better."

Mega says the rise of artificial intelligence isn't that big a departure from devices we're used to, like pacemakers and implantable defibrillators, which jump into action in response to health signals from the body. "So patients are already seeing this intersection between technology and health care," she says. "It's just we're hitting an inflection point."

That's because the same kinds of algorithms that are giving rise to self-driving cars can also operate in the health care sphere. It's all about managing huge amounts of data.

Hospitals have gigabytes of information about the typical patient in the form of electronic health records, scans and sometimes digitized pathology slides. That's fodder for algorithms to ingest and crunch. And Mega says there's a potential to wring a lot more useful information out of it.

"There's this idea that you are healthy until you become sick," she says, "but there's really a continuum" between health and disease. If computer algorithms can pick up early signs of a slide toward disease, that could help people avoid getting sick.

But medical data aren't typically collected for research purposes, so there are gaps. To close those, Verily has partnered with Duke University and Stanford University in an effort called Project Baseline, which seeks to recruit 10,000 volunteers to give tons more data to the company. 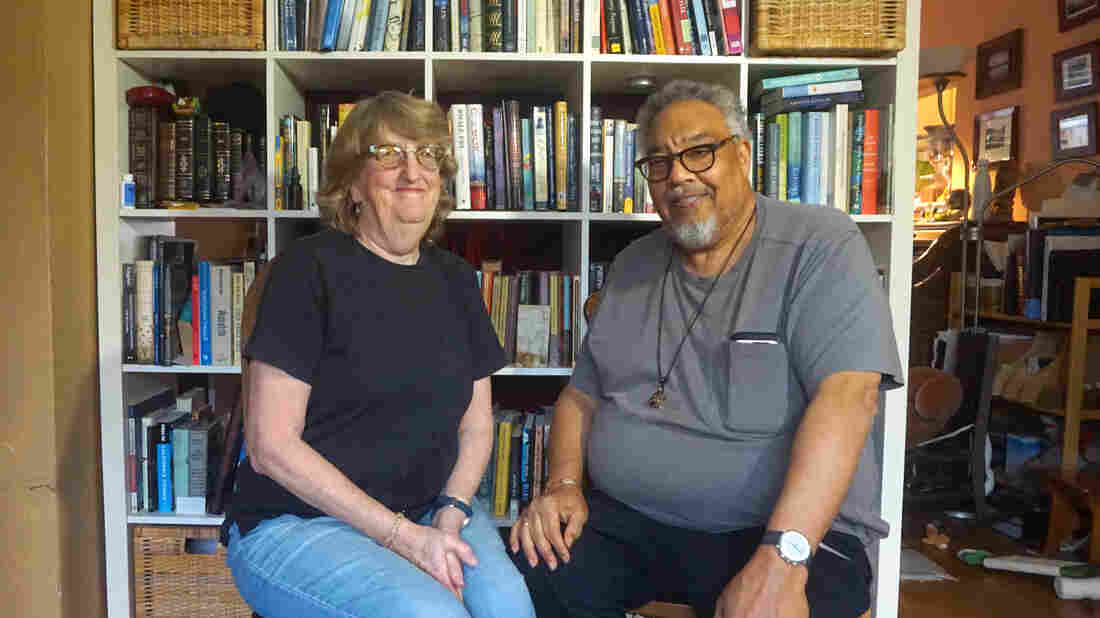 Judith Washburn and her husband, James Davis, have volunteered to be subjects in Project Baseline, an effort to gather a range of detailed data to characterize and predict how people move from health to illness. Courtesy of James Davis hide caption 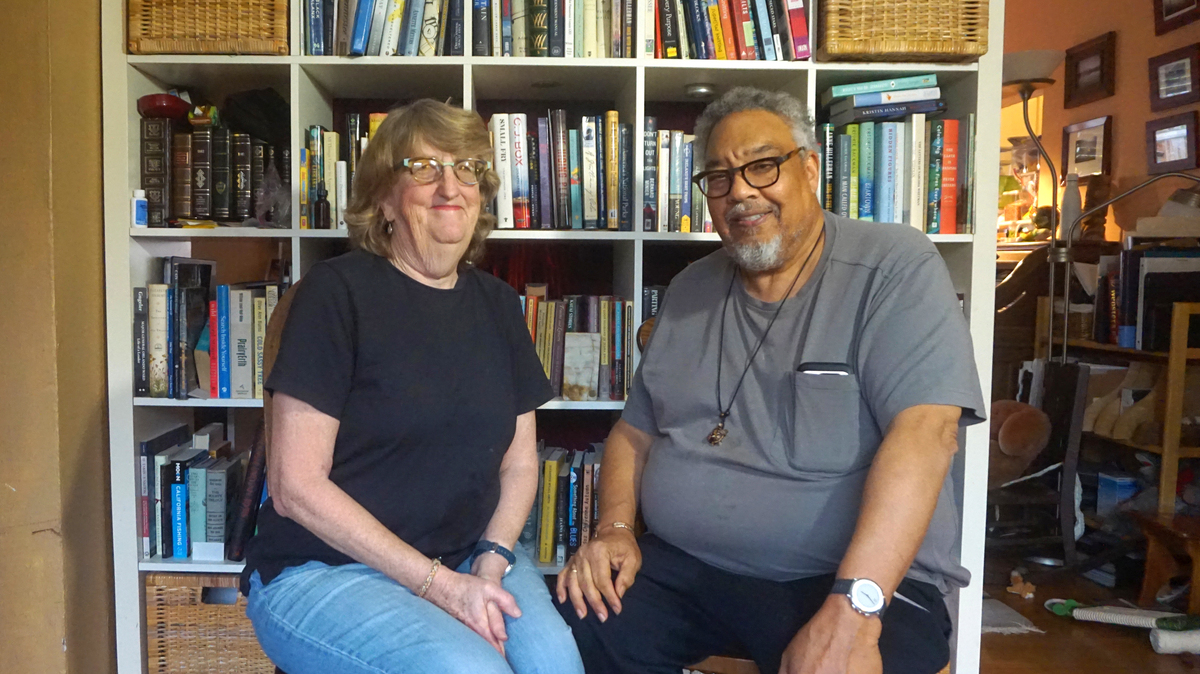 Judith Washburn and her husband, James Davis, have volunteered to be subjects in Project Baseline, an effort to gather a range of detailed data to characterize and predict how people move from health to illness.

Judith Washburn, a 73-year-old medical librarian and resident of Palo Alto, Calif., signed up after she saw a recruiting ad. "A couple months later, I got a call to go in, and it's two days of testing, two different weeks and it's very thorough," she says.

She had heart scans, blood tests, skin swabs and stress tests — a checkup on steroids, if you pardon the expression. Her husband, James Davis, decided he'd give it a go as well.

"They were having trouble finding African-American participants at the time, so I was pretty much a shoo-in," he says. "I'm aware of people who donate their bodies to medical science when they die," he says, "so it's sort of a way of donating your body while it's still alive."

The retired aerospace engineer also got an added benefit. The doctors diagnosed a serious heart condition, and Davis then had triple bypass surgery to treat it.

The couple replies to quarterly questionnaires, a gizmo under their mattress tracks their sleep patterns and they each wear a watch that monitors their hearts. The watches also count their steps — sort of.

"They haven't quite figured out your exercise yet," Washburn says. "In fact, I can knit and get steps!"

All this highly personal information goes into the database of a private corporation. Both Washburn and Davis thought about that before signing up but ultimately concluded that's OK.

"It depends upon what they're using it for," Washburn says. "And if it's all for research, I'm fine with that."

Here's what makes Google's position unique. Some of the most useful data could be what the company collects while you're running a Google search, using Gmail or using its Chrome browser.

"As companies like Google and other traditional consumer-oriented companies start moving into this space, it is certainly clear that they bring the capability of taking much of the information they have about us and be able to apply it," says Reed Tuckson, a well-known academic physician who was recently recruited to advise Verily about Project Baseline.

For example, people's browsing history can reveal a lot about what they buy, how they exercise and other facets of their lifestyles.

"We now understand that that has a great deal to do with the health decisions that we make," says Tuckson, who is on a National Academy of Medicine working group that's exploring artificial intelligence in medicine.

He says Google needs to tread carefully around these privacy issues, but he's bullish on the technology.

"We should remember that the status quo is not acceptable by itself and that we've got to use every tool at our disposal — use them intelligently" to improve the health of Americans, he says. "And I think that's why it's exciting."

Tuckson isn't the only influential recruit to the effort. Verily recently brought in Dr. Robert Califf, a former Food and Drug Administration commissioner, as well as Vivian Lee, a radiologist who headed the University of Utah's health care system. Google hired David Feinberg, a physician who ran Geisinger, a major health care provider based in Danville, Pa.

"It seems like it was a bit of a war on talent right now between Amazon and Google and to a certain extent Apple," says Moore, the analyst. Google needs to build credibility in the medical sphere.

"I think Google is trying to have those people that can basically proof out what Google is doing and stand up and say, 'Yes, Google can do this,' " Moore says.

He also has his eye on what the company's investment means for the rapidly developing industry around health care and artificial intelligence. "Anyone should take Google very seriously," he says.

Some big players, like Apple and Microsoft, can hold their own.

"For other AI companies that don't have those resources, they're going to have to be very judicious in picking the niches they want to target, niches that are ones that, frankly, Google is not terribly interested in," Moore says.

Getting the technology to work is just the start.

The health care business is "a very complex ecosystem," says Dr. Lonny Reisman, a former health insurance executive who now heads HealthReveal, a company that develops algorithms to help doctors choose the appropriate therapy. Google will need to answer many questions as it enters that landscape.

Who will have an incentive to buy software based on artificial intelligence? Will it really save time or money, as advocates often assert? Or is it just the next new driver of health care inflation?

"There are all these competing forces around cost containment," Reisman says. It's not easy to balance innovation, access, fairness and health equity, he adds, "so they've got a lot on their plate."

Google's Corrado says collaborations with academics and the health care industry are key for navigating this territory.

For all the challenges of forging a new path into health care, Google has a potentially enormous advantage in all the data it collects from its billions of users.

Corrado says the company is well aware of the sensitivity of putting that information to use and is thinking about how to approach that without provoking a backlash.

"It has to be something that is driven by the patients' desire to use their own information to better their wellness," Corrado says.

In a world where people are increasingly concerned about how their personal data are exploited, that could be even more of a challenge than building the computer algorithms to digest and interpret it all.

An earlier version of this story said David Feinberg was hired by Verily. In fact, he works for Google, another subsidiary of Alphabet.