Accessibility links
Your Measles Questions Answered : Shots - Health News The U.S. is in the midst of a record-breaking measles epidemic. What brought us here, who is most at risk and what do you need to know now? 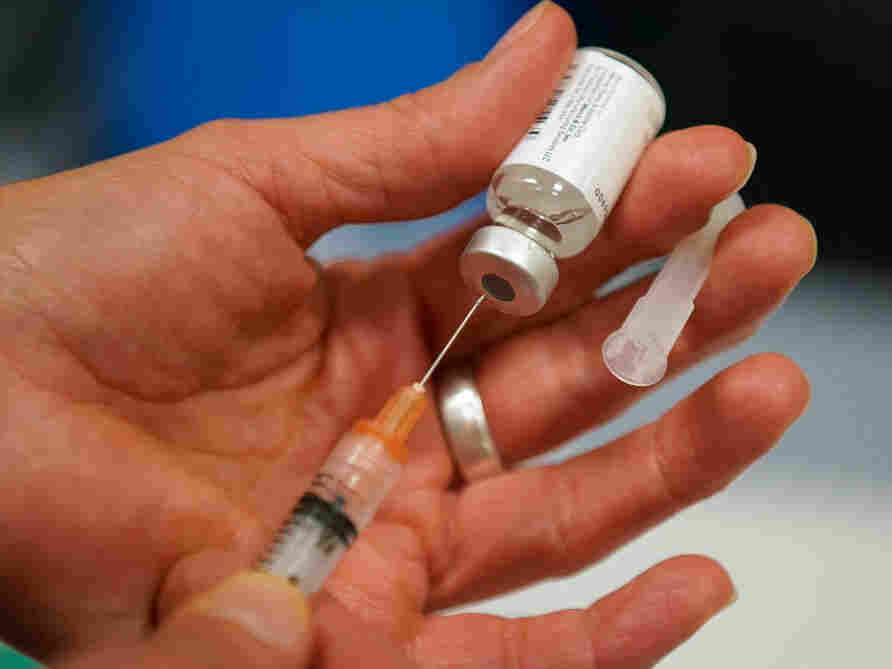 Measles vaccination rates need to be at 93% to 95% to keep herd immunity. Otherwise, very young infants or other vulnerable people can be exposed to the virus. George Frey/Getty Images hide caption 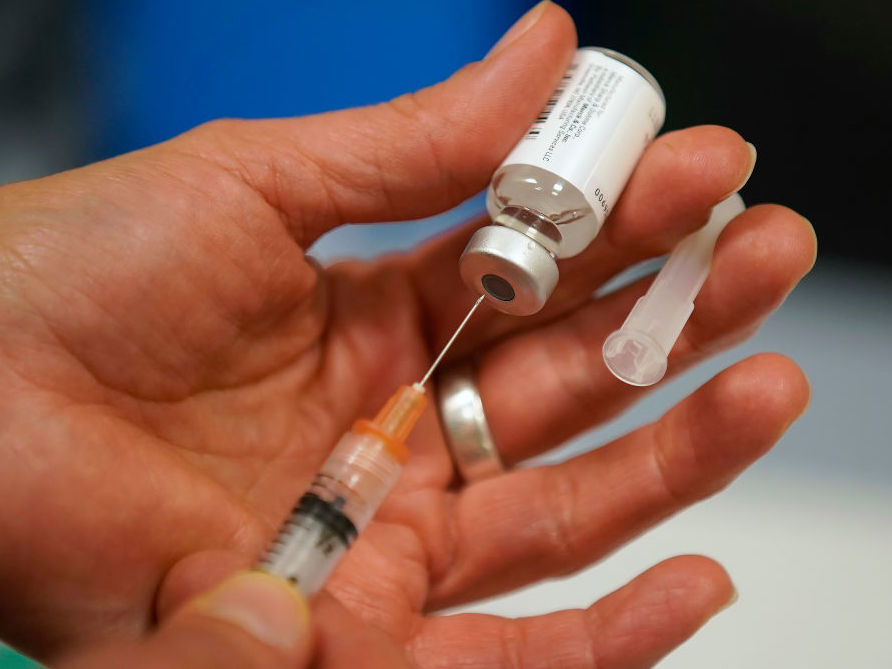 Measles vaccination rates need to be at 93% to 95% to keep herd immunity. Otherwise, very young infants or other vulnerable people can be exposed to the virus.

Americans could be forgiven for not knowing that much about measles. After all, it's been 51 years since an effective vaccine was introduced, quickly turning the disease from a common childhood experience to a rarity, and nearly two decades since the disease was declared eliminated from the U.S.

But outbreaks have surfaced throughout the country over the past few months, affecting more than 700 people.

Most of the cases are linked to people who have traveled abroad — to countries where measles is more common — or spread within insular and close-knit communities, like New York's Orthodox Jewish community. But now public health officials are concerned that we have reached a risky point where measles could regain a foothold in this country. This could still be prevented if vaccination rates in these communities go up.

Here's what you need to know about measles, its spread, and who is at risk.

How contagious is measles?

Measles, caused by the rubeola virus, is one of the most contagious infectious diseases. If an infected person coughed in a room, 90% of nonvaccinated people in that room would become infected. The virus can linger in the air for up to two hours, according to the Centers for Disease Contol and Prevention.

Someone infected with the virus can begin spreading the disease four days before showing any outward signs of infection, making it harder for public health officials to contain outbreaks.

How common are serious complications?

Symptoms of measles include high fever, cough, runny nose, white spots inside the mouth, and rashes that spread across the skin.

While most recover from the infection, measles can lead to serious complications. About 1 in 4 individuals who contract measles will be hospitalized. One in 10 children with measles will develop ear infections, which can lead to permanent hearing loss. One in 1,000 will develop swelling of the brain (encephalitis), which can result in permanent brain damage. A similar proportion will die from the infection.

Who is most at risk of contracting and having serious complications of measles?

Unvaccinated young children have the highest risk of contracting measles and developing serious complications from the disease. The CDC typically advises that the first dose of the vaccine be administered at 12 months, making young infants especially susceptible. However in light of the current outbreak, CDC officials recommend the vaccine for infants between 6-11 months who are traveling to countries with measles outbreaks.

What is herd immunity, and are we at risk of losing it?

The proportion of a population that needs to be immune for herd immunity depends on the disease and how it is transmitted.

The basic reproductive number of a disease is the average number of people one person can infect in a totally susceptible population. Less contagious diseases require a smaller percentage of a population to be immune to prevent spread of a disease. But measles' reproductive number is high, between 12 and 18, meaning that one person, on average, infects 12 to 18 other people.

It's been said that measles was "eliminated" in 2000 from the U.S., but now we're seeing a new outbreak. What's the difference between eliminating and eradicating a disease?

According to the CDC, a disease is eliminated from a geographic region when no more endemic cases of the disease occur within that region. Outbreaks can still happen but are triggered by travel to countries where the disease is not eliminated.

A disease is eradicated when the worldwide incidence of infection drops to zero. Smallpox is an example of a disease that has been successfully eradicated.

Measles is still present in many countries around the globe, so eradication is still a way off.

Where are the biggest outbreaks, domestically and globally?

The largest U.S. outbreaks are occurring in Rockland County and Brooklyn, N.Y. Washington state had over 70 cases in early 2019, though authorities recently declared the outbreak over in the Pacific Northwest, as there have been no new infections in over six weeks.

Most of these outbreaks have occurred in small, insular communities with low vaccination rates, often owing to high levels of vaccine hesitancy.

Globally, recent outbreaks dwarf U.S. numbers. The biggest outbreak in the past six months has been in Madagascar, with just under 70,000 cases; and in the past 12 months, Ukraine, India and Brazil have seen large outbreaks, among other countries.

Does the vaccine's effectiveness wane? Should adults get revaccinated?

According to the CDC, people who received two doses of the MMR vaccine are considered immune for life and do not need to be revaccinated. However, adults born between 1957 and 1967 should be revaccinated, as early vaccines were less effective than the vaccine available after 1967. Adults born before 1957 are assumed to have contracted or been exposed to the disease as a child and thus have natural immunity.

Women who are considering getting pregnant should also check on their vaccination status, according to the CDC.