Accessibility links
A Federal Court Ruling May Nudge More Jails And Prisons To Offer Addiction Meds : Shots - Health News Many jails and prisons refuse to offer medication for opioid addiction, even to inmates who had been in treatment before incarceration. A recent ruling in a federal court says that's not acceptable. 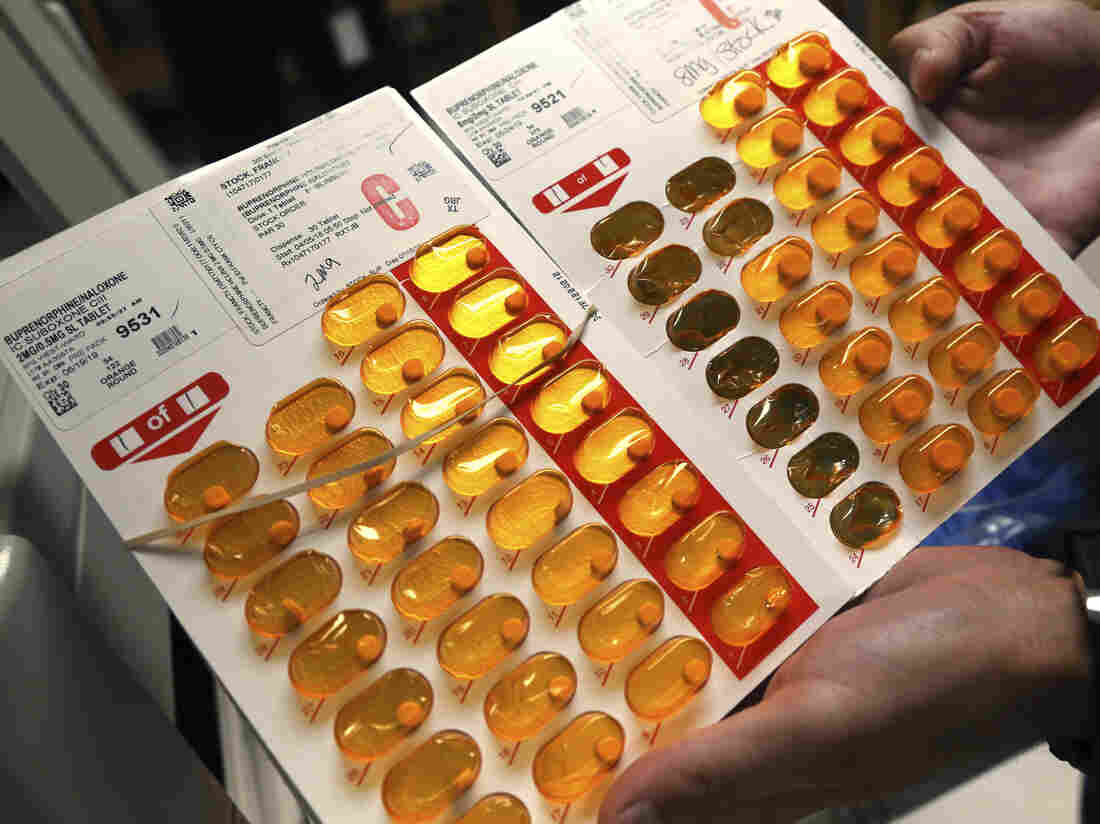 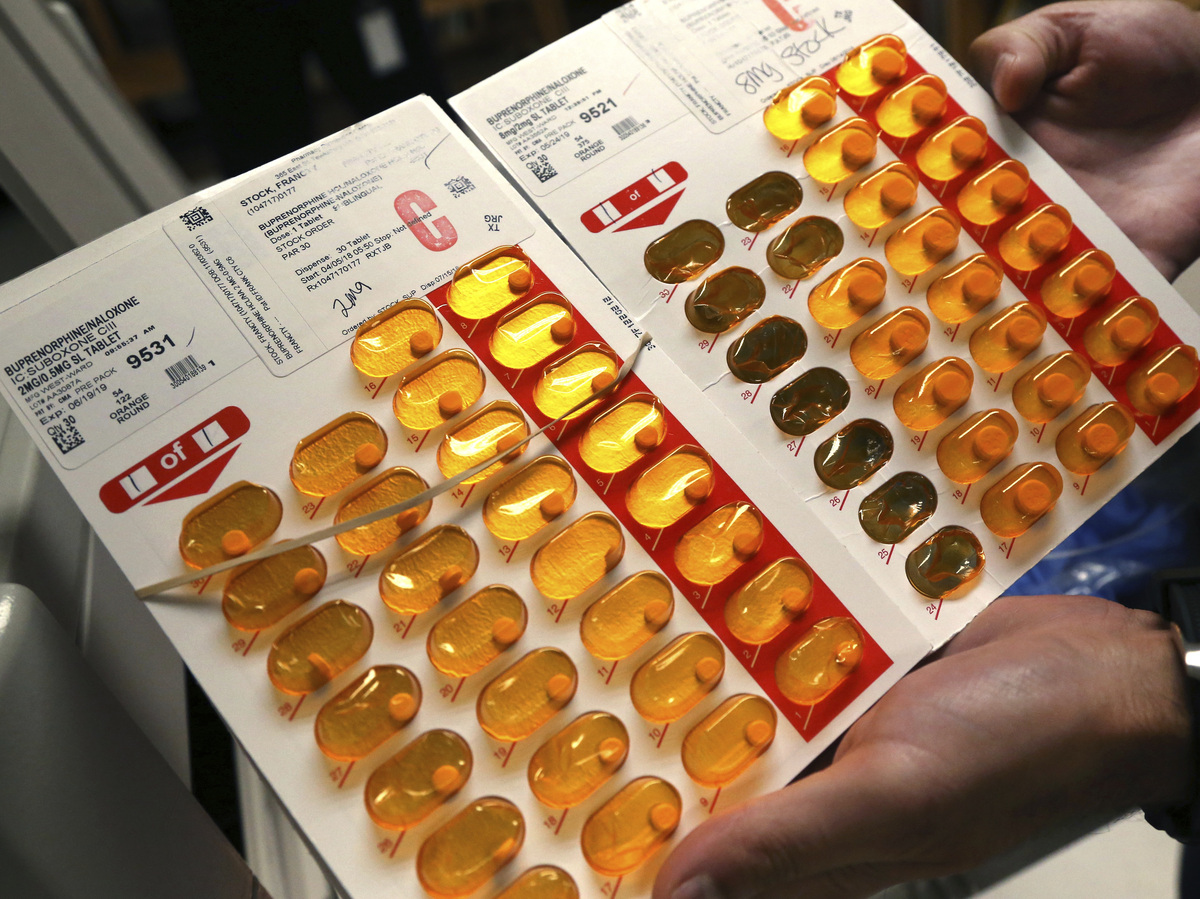 Many jails and prisons won't give prisoners buprenorphine, a drug which controls heroin and opioid cravings, known also by the brand name Suboxone.

This week, a federal appeals court addressed the right to treatment for an inmate who suffers from opioid addiction, a move that legal advocates say could have wide repercussions.

The United States Court of Appeals for the First Circuit in Boston ruled that a rural Maine jail must provide Brenda Smith with medication for her opioid use disorder. One of her attorneys, Emma Bond, a staff attorney with the ACLU of Maine, says the new ruling has the potential to create a "big signal" for jails across the country and combat the social barriers preventing incarcerated people from receiving treatment.

"This is the first federal appeals court in the country to address the right to treatment for opioid addiction in jail," says Bond. "It represents a huge step forward in the fight against the opioid crisis and for our client who will get her medication in jail."

Brenda Smith, a resident of Madawaska, Maine, was sentenced in 2018 to 40 days in the Aroostook County Jail for theft at an area Walmart, according to statements in an earlier court decision. Smith currently receives a twice-daily dose of buprenorphine — more commonly known by the brand name Suboxone. This medication helps people with opioid addiction control cravings and maintain recovery. Smith has been in stable recovery for five years on the medication.

Jail officials told her lawyer they were going to interrupt that treatment during her sentence, according to this week's ruling, forcing her to undergo withdrawal in jail. They argued the drug is contraband in the jail and could hinder rehabilitation and become a source of trafficking. Smith and the ACLU of Maine challenged that position in court, arguing that withholding treatment would violate the Americans with Disabilities Act and the 8th Amendment of the constitution.

Sally Friedman of the Legal Action Center in New York has worked on the intersection of the Americans with Disabilities Act and access to medication-assisted treatment for the better part of a decade and she agrees with Bonds' assessment. Friedman says not only is the ruling binding for courts and jails in the First Circuit, courts around the country will pay attention to this affirmation that denying inmates in jail medication-assisted treatment for opioid use disorder violates the ADA – and is illegal.

Under the ADA, it's illegal to discriminate on the basis of disability, and this includes people who have gone through or are going through drug rehabilitation.

"That sends a really important message to jails and prisons around the country as well as to policy makers who are grappling with these issues," said Friedman.

Friedman said some jails and prisons will likely start trying to provide access to medications for opioid use disorder to avoid being the subject of a similar lawsuit or because administrators recognize it's the right thing to do.

Research has shown that providing medication treatment in jail and prison can prevent relapse and reduce risk of overdose upon release. A number of jails and prisons around the country are starting to offer medication treatment with buprenorphine or methadone — but many refuse to, citing concerns that the drugs will be diverted and abused.

The new ruling comes while county jails around the country struggle to meet the needs of patients struggling with opioid use disorder and addiction. According to The National Sheriffs' Association more than half of the country's jail population struggles with drug use and dependence. Like Aroostook County, other jail administrators in the U.S. have expressed concern with jail-based medication-assisted treatment's cost and effectiveness.

Friedman says many of these concerns don't hold up to scrutiny. The drug can be monitored like any other controlled substance deployed in jails. Additionally, she says, the medication is not prohibitively expensive nor do jails make the same arguments when it comes to other treatments needed for health concerns like diabetes or heart conditions.

"This is no different — this is a medical condition that kills over 100 people every day," said Friedman.

The ruling closely follows two recent suits in Massachusetts and Washington State which also addressed access to medication-assisted treatment. Yet Brenda Smith's case solicited a decision by the highest court yet to rule on this particular issue.

Smith's lawyer Bond says this week's ruling could do more than ensure people are receiving addiction treatment while in jail. She says the ruling could influence how people perceive addiction stigma.

Bond says Smith is grateful to receive the treatment many doctors say is medically necessary for dealing with opioid use disorder.

In a previous version of this story, Sally Friedman's first name was incorrectly given as Susan.