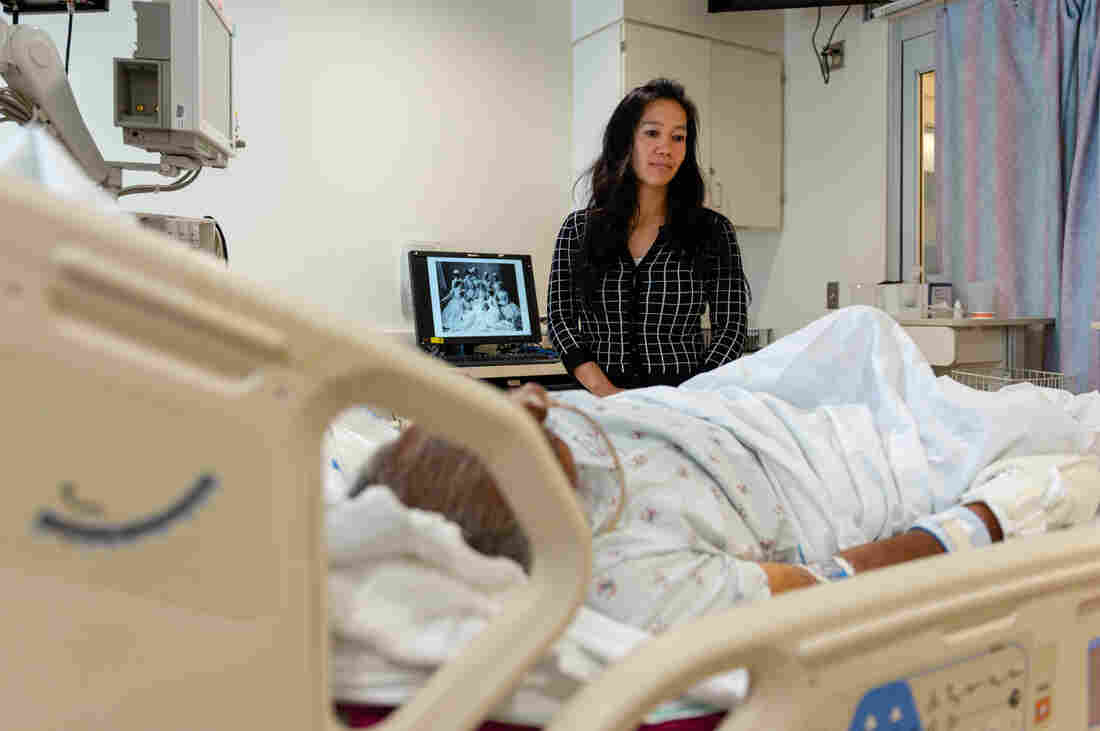 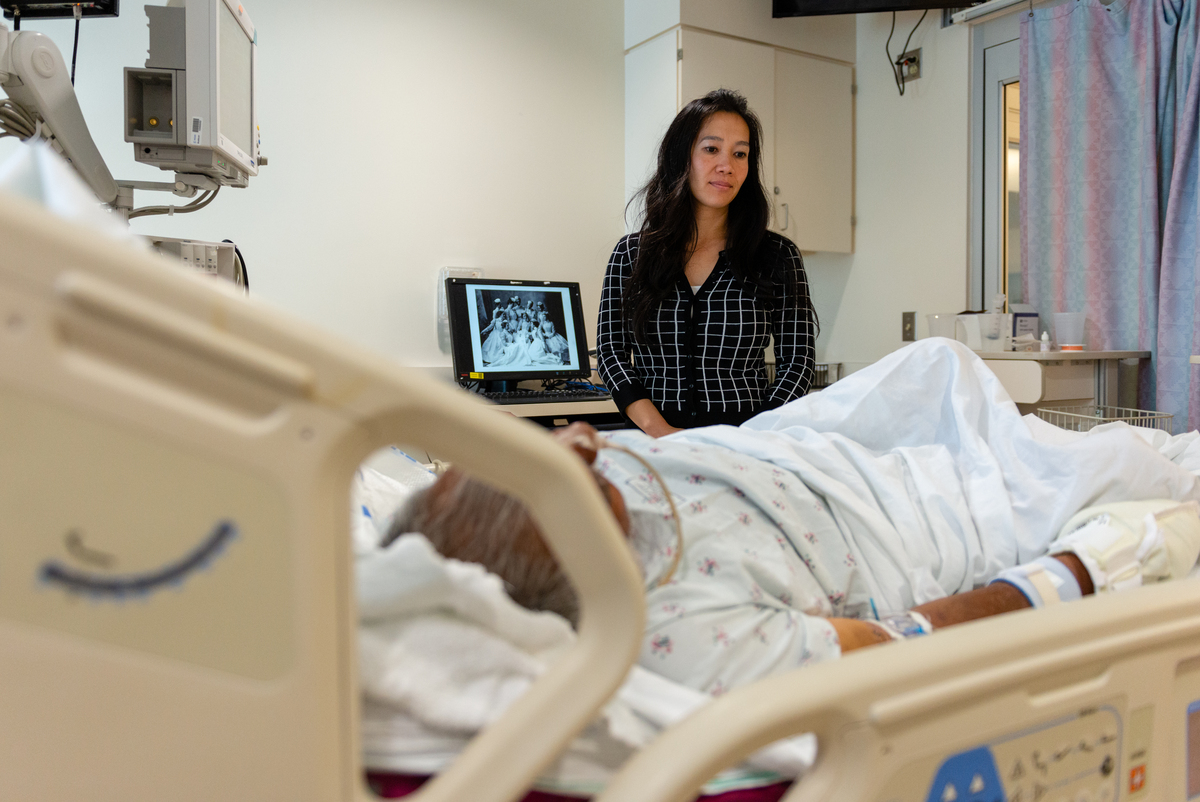 The 50-something man with a shaved head and brown eyes was unresponsive when the paramedics wheeled him into the emergency room. His pockets were empty: He had no wallet, no cellphone and not a single scrap of paper that might reveal his identity to the nurses and doctors working to save his life. His body lacked any distinguishing scars or tattoos.

Almost two years after he was hit by a car on busy Santa Monica Boulevard in January 2017 and was transported to Los Angeles County+USC Medical Center with a devastating brain injury, no one had come looking for him or reported him missing. The man died in the hospital, still a John Doe.

Hospital staffs sometimes must play detective when an unidentified patient arrives for care. Establishing identity helps avoid the treatment risks that come with not knowing a patient's medical history. The workers also strive to find next of kin to help make medical decisions.

"We're looking for a surrogate decision-maker, a person who can help us," says Jan Crary, supervising clinical social worker at LA County+USC, whose team is frequently called on to identify unidentified patients.

The hospital also needs a name to collect payment from private insurance or government health programs such as Medicaid or Medicare.

At LA County+USC, social workers pick through personal bags and clothing, search the contacts of an unlocked cellphone for names of family members or friends and scour receipts or crumpled pieces of paper for any trace of a patient's identity. They quiz the paramedics who brought in the patient or the dispatchers who took the call.

They also make note of any tattoos and piercings and even try to track down dental records. It's more difficult to check fingerprints because that's done through law enforcement, which will get involved only if the case has a criminal aspect, Crary says.

Unidentified patients are often pedestrians or cyclists who left their IDs at home and were struck by vehicles, says Crary. They might also be people with severe cognitive impairment, such as Alzheimer's disease, patients in a psychotic state or drug users who have overdosed. The hardest patients to identify are ones who are socially isolated, including homeless people — whose admissions to hospitals have grown sharply in recent years.

In the last three years, the number of patients who arrived unidentified at LA County+USC ticked up from 1,131 in 2016 to 1,176 in 2018, according to data provided by the hospital.

If a patient remains unidentified for too long, staff at the hospital will make up an ID, usually beginning with the letter "M" or "F" for gender, followed by a number and a random name, Crary says. 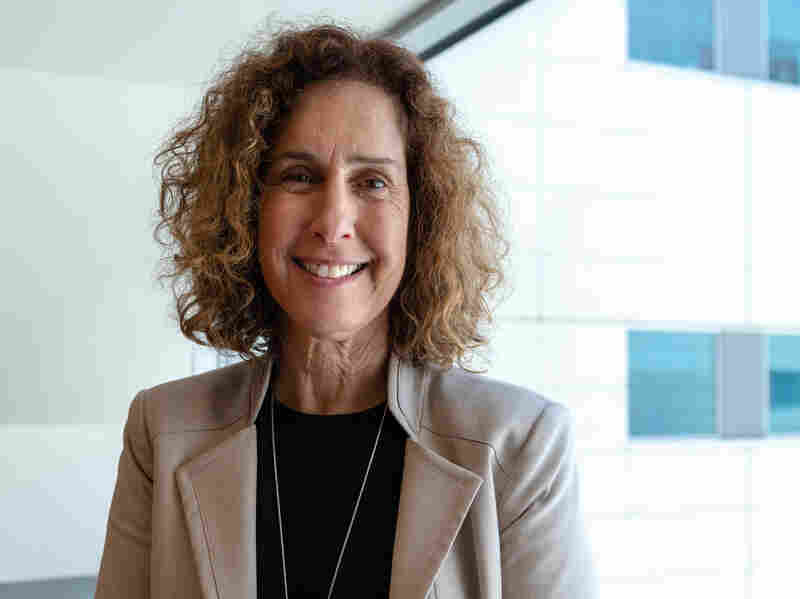 Jan Crary, supervising clinical social worker at Los Angeles County+USC Medical Center, leads a team of people who often have to play detective when patients can't be identified. Tattoos, scars, dental records and pocketed scraps of paper can all be useful in this sort of search, she says. Heidi de Marco/KHN hide caption 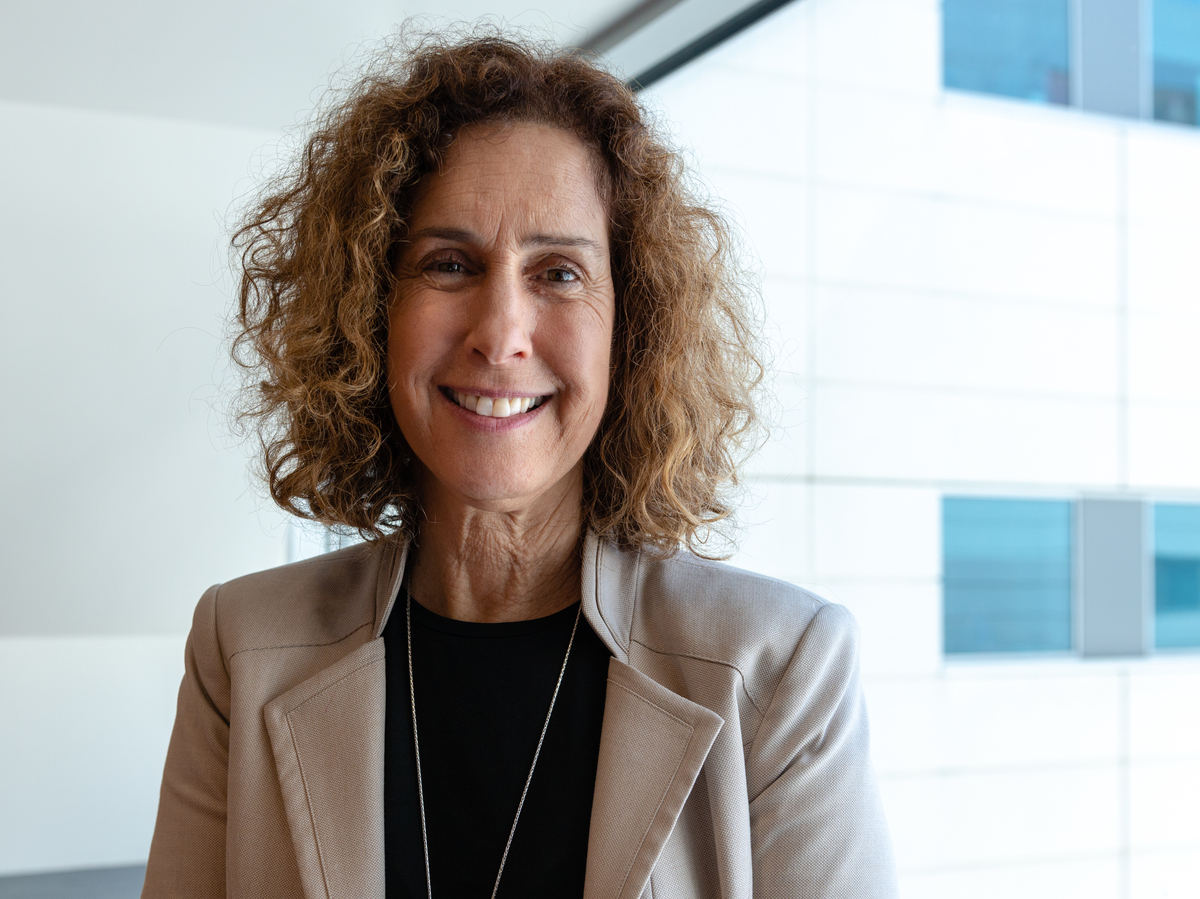 Jan Crary, supervising clinical social worker at Los Angeles County+USC Medical Center, leads a team of people who often have to play detective when patients can't be identified. Tattoos, scars, dental records and pocketed scraps of paper can all be useful in this sort of search, she says.

Other hospitals resort to similar tactics to ease billing and treatment. In Nevada, hospitals have an electronic system that assigns unidentified patients a "trauma alias," says Christopher Lake, executive director of community resilience at the Nevada Hospital Association.

The deadly mass shooting at a Las Vegas concert in October 2017 presented a challenge for local hospitals that sought to identify the victims. Most concertgoers were wearing wristbands with scannable chips that contained their names and credit card numbers so they could buy beer and souvenirs.

On the night of the shooting, the final day of a three-day event, many patrons were so comfortable with the wristbands that they carried no wallets or purses.

More than 800 people were injured that night and rushed to numerous hospitals, none of which were equipped with the devices to scan the wristbands.

Staff at the hospitals worked to identify patients by their tattoos, scars or other distinguishing features, as well as photographs on social media, says Lake. But it was a struggle, especially for smaller hospitals, he says.

The Health Insurance Portability and Accountability Act, a federal law intended to ensure the privacy of personal medical data, can sometimes make an identification more arduous because a hospital may not want to release information on unidentified patients to people inquiring about missing persons.

Prompted by that mix-up, the New York State Missing Persons Clearinghouse drafted a set of guidelines for hospital administrators who receive information requests about missing people from the police or family members. The new guidelines include about two dozen steps for hospitals to follow, including notifying the front desk, entering detailed physical descriptions into a database, taking DNA samples and monitoring emails and faxes about missing people.

California guidelines stipulate that if a patient is unidentified and cognitively incapacitated, "the hospital may disclose only the minimum necessary information that is directly relevant to locating a patient's next-of-kin, if doing so is in the best interest of the patient."

At LA County+USC, most John Does are quickly identified: They either regain consciousness or, as in a majority of cases, friends or relatives call asking about them, Crary says.

Still, the hospital does not always succeed. From 2016 to 2018, 10 John and Jane Does remained unidentified during their stays (of varying lengths of time) at LA County+USC. Some died at the hospital; others went to nursing homes with made-up names.

But Crary says she and her team pursue every avenue in search of an identity.

Once, an unidentified and distinguished-looking older man with a neatly trimmed beard was rushed into the emergency room, unable to speak and delirious with what was later diagnosed as encephalitis.

Suspecting the well-groomed man likely had a loved one who had reported him missing, Crary checked with police stations in the area. She learned, instead, that this John Doe was wanted in several states for sexual assault.

"It is a case that I will never forget," Crary says. "The truth is that I am more elated when we are able to identify a patient and locate family for a beautiful reunification, rather than finding a felon."