Listen · 3:49 3:49
Genetically Modified Viruses Help Save A Patient With A 'Superbug' Infection 3:49 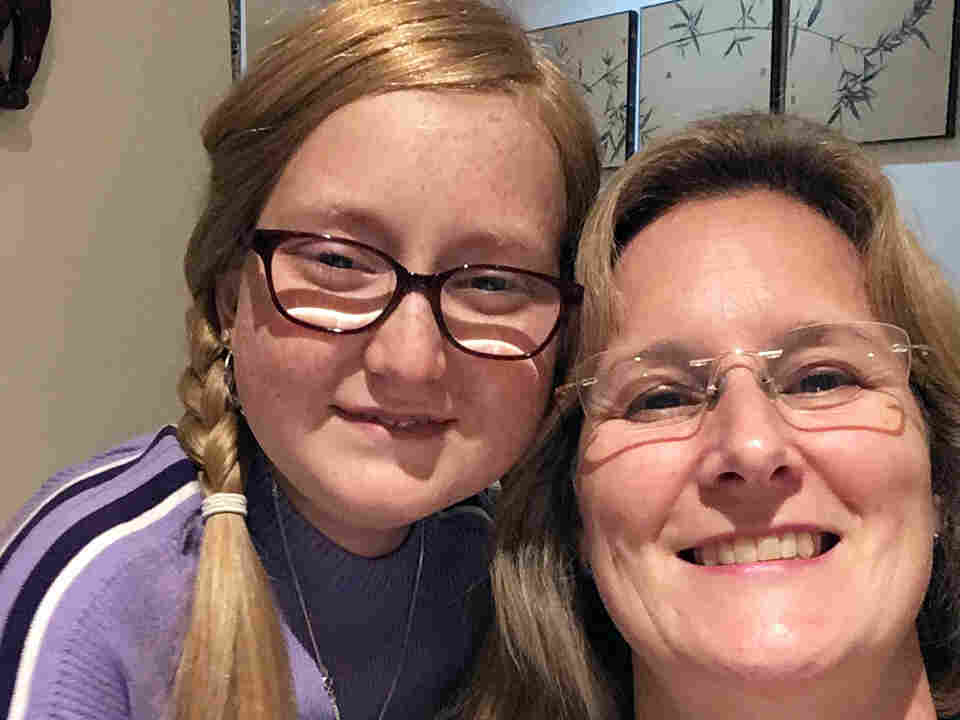 Isabelle Carnell-Holdaway (left), now 17, with her mother Joanne Carnell-Holdaway. Isabelle has a dangerous infection that is being treated with a cocktail of genetically modified viruses. Courtesy of Jo Holdaway hide caption 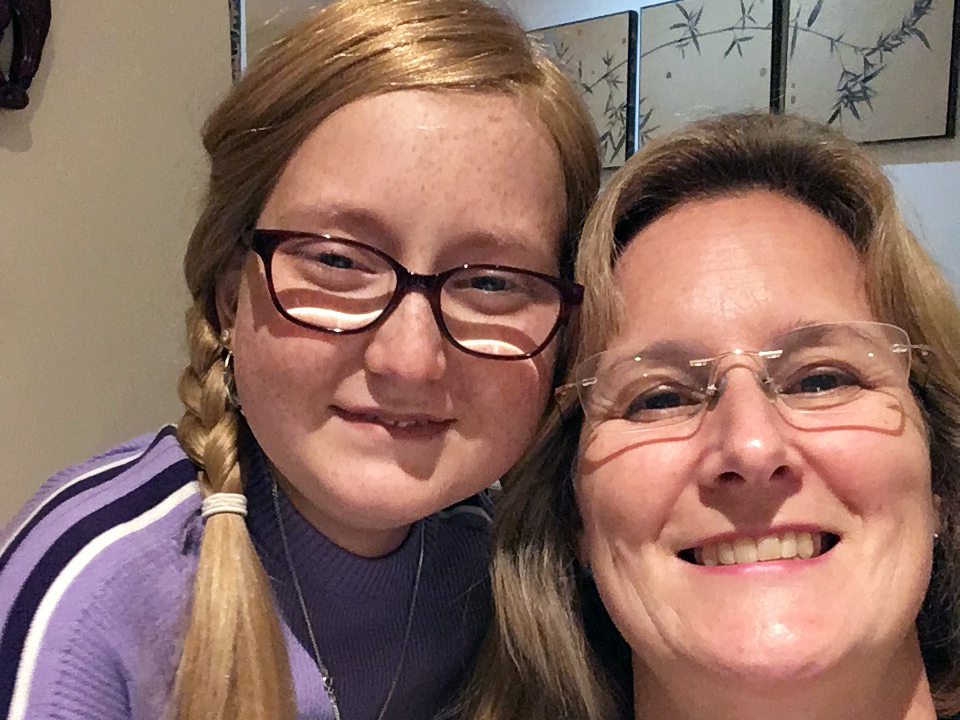 For the first time, scientists have used genetically modified viruses to treat a patient fighting an antibiotic-resistant infection.

Isabelle Carnell-Holdaway, 17, began the experimental treatment after doctors lost all hope. She was struggling with a life-threatening infection after a lung transplant. With the new treatment, she has not been completely cured. But the Faversham, England, teenager has recovered so much that she has resumed a near-normal life.

"I think it's amazing," Carnell-Holdaway says. "It kind of shows that there is completely no limit to what they can come up with really."

Doctors and scientists stress that it's difficult to draw firm conclusions from one patient, whose experience is described in an article in the journal Nature Medicine published Wednesday. But they hope the case will spur more efforts to try the approach on more "superbug" infections and help counter the growing threat posed by drug-resistant infections.

"This is actually a historic moment," says Steffanie Strathdee, a professor of medicine at the University of California, San Diego. She co-directs a center that focuses on phages, which are viruses that infect bacteria.

"This is the first time that a genetically engineered phage has been used to successfully treat a superbug infection in a human being," Strathdee says. "It's terribly exciting."

A phage, shorthand for bacteriophage, is a natural enemy of bacteria. Phages have been used for decades to try to treat infections. But the organisms have not been extensively studied or incorporated into general medical use in most countries.

Phages have, however, been used periodically to treat individual patients when no other options are available. Strathdee, for example, wrote the book The Perfect Predator, a dramatic story about how a last-ditch phage treatment apparently saved her husband.

When she was 11 months old, Carnell-Holdaway was diagnosed with cystic fibrosis, a genetic lung disease. She underwent a double lung transplant at the Great Ormond Street Hospital in London in September 2017, when she was 15.

As she was recovering from the transplant, a preexisting chronic infection quickly spread throughout her body. The antibiotic-resistant bacteria infected her liver, lungs and surgical wound, and caused skin lesions all over her body. All treatments failed.

"We've transplanted a number of these patients, and once they get a recurrence of infection in this way, all of those patients have gone on and died," says Helen Spencer, Carnell-Holdaway's doctor.

Spencer and her colleagues told Carnell-Holdaway's family there was nothing more they could do to save the teenager.

"We were devastated," says her mother, Joanne.

But at Joanne's urging, Spencer and her colleagues contacted Graham Hatfull, a professor of biological sciences at the University of Pittsburgh who specializes in phage research.

Hatfull searched a collection of 15,000 phages he has assembled with his students. He identified one that appeared to be good at killing the bacterium, Mycobacterium abscessus, which was causing the girl's infection. (As it turns out, the phage he identified, known as "Muddy," was discovered in a rotting eggplant.)

Hatfull's team also identified two other phages that could be useful, which they then genetically modified in a way they hoped would boost their ability to zero in on and kill the bacterium attacking the teen.

"Using genetic approaches with genome engineering, we were able to assemble this collection of three phages that we could then combine in a cocktail to use for treatment. They not only infect, but kill efficiently," Hatfull says.

Hatfull says he was nervous when it came time for Carnell-Holdaway's doctors to try the cocktail.

"It's kind of a scary thing to go in and administer a treatment like this, for which we're completely on new ground. We don't know what to expect," he says.

The doctors in London started infusing about 1 billion phages into the girl twice a day in June 2018, and dabbed the phage cocktail onto her skin lesions.

"There's lots of things to worry about. And so the very first thing was: Does something — does anything — bad happen?" Hatfull says.

But nothing bad did happen. And within weeks, the infection began to recede. Carnell-Holdaway has progressively improved since.

Six weeks after phage treatment, a PET CT scan showed a reduction of infection (pink) in Carnell-Holdaway's liver and improvement in the liver function.

"It hasn't cured her — and I think it's important to be clear about that," Spencer says. But "she's alive, which is pretty extraordinary."

Carnell-Holdaway is still receiving phage infusions twice a day, along with daily swabs of the phage cocktail on her remaining lesions, to keep the infection under control.

But Carnell-Holdaway has resumed all normal activities, including going to school full time.

Isabelle admits she found it "gross" that one of the phages came from a rotting eggplant. But she and her family are thrilled.

"We're just so grateful and just so thankful and so relieved and just so happy that we've still got her with us," says Isabelle's mother, Joanne.

"For them to be able to just have a little fiddle around with these phages and to be able to make them cure something that is a huge global problem is just absolutely incredible," she says.

Strathdee, Hatfull and others stress that much more research is needed to determine how well phages, including genetically engineered phages, really might work and how safe they may be.

There's always the risk that introducing an organism into someone's body could trigger unforeseen events, such as adverse reactions in the immune system. And identifying the exact phage suited to tackle a specific bacterial infection can be a treasure hunt, as there are countless viruses and bacteria in the world. This can mean months or even years of research to find a single match.

But Hatfull hopes this is just the beginning of more efforts to use similar approaches for other infections, such as the growing threat of antibiotic-resistant tuberculosis. That disease is caused by bacterium related to the infection Carnell-Holdaway has.

"That causes a lot of disease and deaths across the world each year," Hatfull says.

Strathdee agrees. "Phage therapy seems to be [the] most promising alternative to antibiotics that's on the scene," she says.