Accessibility links
Opioid Addiction Drug Going Mostly To Whites, Even As Black Death Rate Rises : Shots - Health News A study looked at who gets prescriptions for buprenorphine, and found that white patients are almost 35 times as likely to get the lifesaving addiction treatment than African Americans. 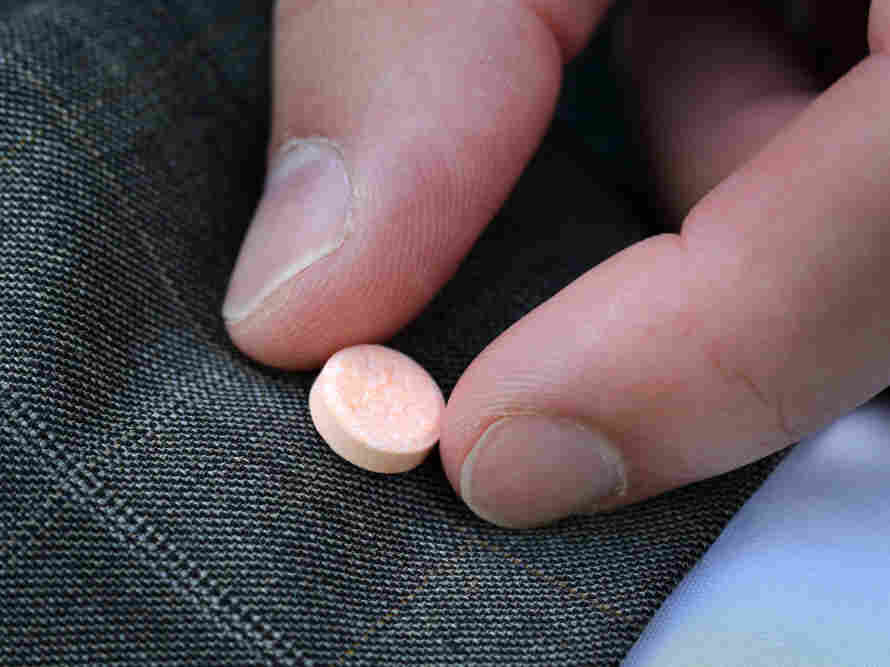 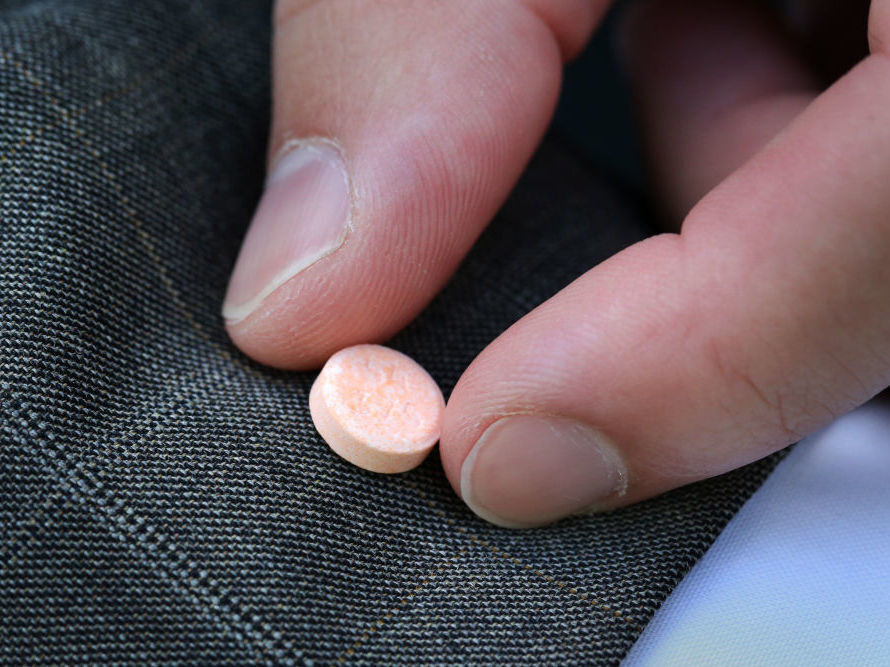 Buprenorphine, better known by the brand name Suboxone, helps people with opioid addiction stay in recovery. But it is prescribed far more often to white drug users than to blacks.

White drug users addicted to heroin, fentanyl and other opioids have had near exclusive access to buprenorphine, a drug that curbs the craving for opioids and reduces the chance of a fatal overdose. That's according to a study out Wednesday from the University of Michigan. It appears in JAMA Psychiatry.

Researchers reviewed two national surveys of physician-reported prescriptions. Between 2012 and 2015, as overdose deaths surged in many states, so did the number of visits during which a doctor or nurse practitioner prescribed buprenorphine, often referred to by its brand name, Suboxone. The researchers assessed 13.4 million medical encounters involving the drug but found no increase in prescriptions written for African Americans and other minorities.

"White populations are almost 35 times as likely to have a buprenorphine-related visit than black Americans," says Dr. Pooja Lagisetty, an assistant professor of medicine at the University of Michigan Medical School and the study's corresponding author.

The dominant use of buprenorphine to treat whites occurred at the same time opioid overdose deaths were rising faster for blacks than for whites.

"This epidemic over the last few years has been framed by many as largely a white epidemic, but we know now that's not true," Lagisetty says.

What is true, Lagisetty added, is that most of the white patients either paid cash (40%) or relied on private insurance (35%) to fund their buprenorphine treatment. The fact that just 25% of the visits were paid for through Medicaid and Medicare "does highlight that many of these visits could be very costly for persons of low income," Lagisetty says.

Doctors and nurse practitioners can demand cash payments because there's a shortage of clinicians who can prescribe buprenorphine, according to Dr. Andrew Kolodny, co-director of Opioid Policy Research at Brandeis University. Only about 5% of physicians have taken the special training required to prescribe buprenorphine.

"The few that are doing it are really able to name their price, and that's what we're seeing here and that's the reason why individuals with more resources — who are more likely to be white — are more likely to access treatment with buprenorphine," says Kolodny, who was not involved in the study.

Kolodny wants the federal government to eliminate the required special training for buprenorphine and a related cap on the number of patients a doctor can manage on the drug.

Some physicians who have studied racial disparities in addiction treatment say the root causes go back to 2000, when buprenorphine was approved. At that time, proponents argued that buprenorphine was needed to help treat suburban youth, says Dr. Helena Hansen at New York University. Those young patients didn't see themselves as addicted to heroin in the same way as hard-core urban heroin users who went to methadone clinics for treatment, she says.

"Buprenorphine was introduced as private office treatment, for a private market, with the means to pay," says Hansen, an associate professor of psychiatry and anthropology. "So the unequal dissemination of buprenorphine for opioid dependence is not accidental."

Hansen added that the fix must include universal access to treatment in a primary care setting, an end to the criminalization of opioid dependence (which puts more blacks in prison for drug use than whites), and more federal funding to expand access to buprenorphine for all patients.

Several leaders in the fight to reduce opioid overdose deaths say the study results are disturbing.

"It really demands for us to be looking at equitable treatment for addiction for African Americans as we do for white Americans," says Michael Botticelli, director of the Grayken Center for Addiction at Boston Medical Center and the former director of the Office of National Drug Control Policy.

Botticelli identified some key issues that may be contributing to the racial treatment gap that deserve further investigation. For example, he wants to know whether Medicaid reimbursement rates are simply too low to entice more doctors to work with low-income patients, or there are too few inner-city doctors prescribing buprenorphine, or African Americans themselves are somehow reluctant to seek this form of treatment.

Volkow also expressed disappointment that federal parity laws, which are supposed to guarantee equal access to all types of medications, don't seem to be working for buprenorphine. "We need to ensure that we have capacity to provide these treatments," Volkow says. "Because if you say you have to pay for them, but there are no services that can provide the treatments, then the issue of paying for them is secondary."

Volkow has noted that fewer than half of Americans with an opioid use disorder have access to buprenorphine or the two other medications used to treat opioid addiction: methadone and naltrexone. Volkow said she is glad that the use of buprenorphine is on the rise, but the U.S. needs to understand why this lifesaving treatment isn't benefiting all patients who need it.