Accessibility links
New Rule For Drugmakers: Disclose Drugs' List Prices In TV Ads : Shots - Health News The government wants consumers to have sticker shock about drug prices. A new rule requires list prices be displayed in TV ads. Patients advocates are not sure it will do much to lower prices. 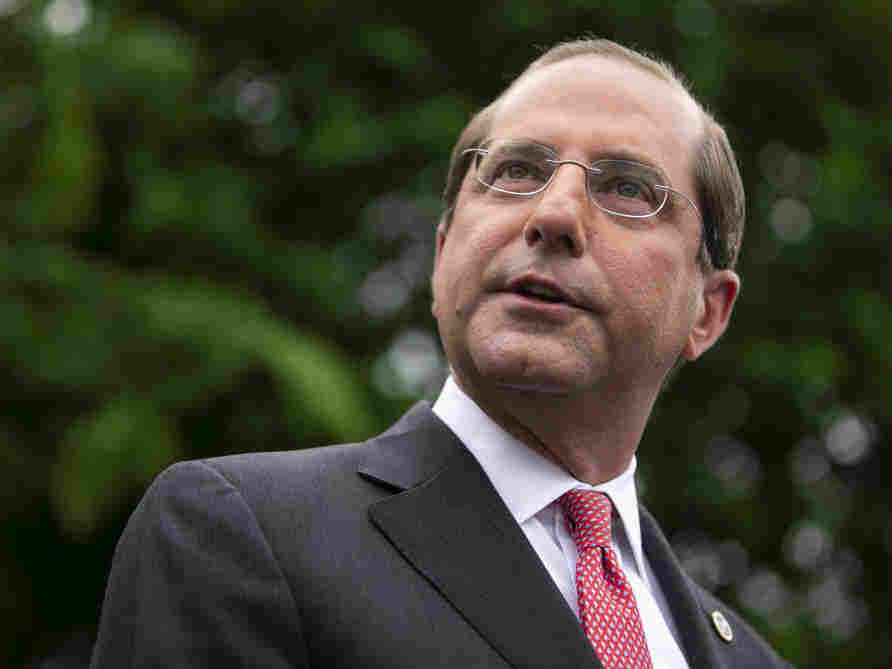 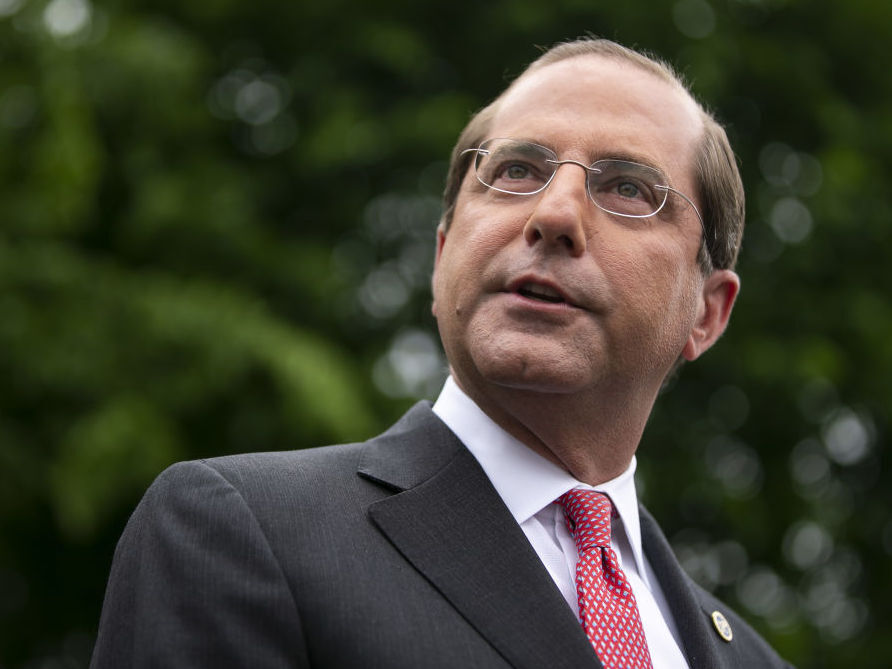 The Trump administration moved forward on Wednesday with its plan to lower prescription drug prices by requiring drugmakers to display the list price "in a legible textual statement at the end of the advertisement."

Secretary of Health and Human Services Alex Azar said today that when it comes to changing prescription drug prices, "putting prices in TV ads may be the most significant single step any administration has ever taken." But patient advocates are not convinced it will have an immediate impact on drug pricing.

The rule would apply to prescriptions that cost more than $35 per month or courses of treatment, which are covered by Medicare. The rule is very specific, requiring that the price be displayed, "for sufficient duration and in a size and style of font that allows the information to be read easily."

Industry groups have fought this move since it was announced in October. They adopted voluntary rules, that would have directed ad viewers to a website with more detailed cost information. Today, in a statement, the Pharmaceutical Research and Manufacturers of America (PhRMA) wrote that the list price is confusing since that's not what most people pay.

The rule addresses that by requiring an additional statement that reads, "If you have health insurance that covers drugs, your cost may be different."

Court challenges may be coming. The legal authority given by the White House is based on the laws that require Medicare and Medicaid to be run in a cost-effective manner, according to the rule.

Rachel Sachs, an associate professor of law at Washington University in St. Louis and an expert in drug-pricing regulation, told NPR and Kaiser Health News in October that could be a weak legal argument since most drugs are marketed to the broader public, not just Medicare and Medicaid beneficiaries.

Consumer and patient advocates generally hailed the move as a step towards greater price transparency, but questioned whether it would do much to lower high prices.

"We don't believe that disclosing list prices will shame drug corporations into lowering list prices," says Ben Wakana, executive director of Patients for Affordable Drug Prices. "Drug companies have been shamed about their price increases for years. They appear to be completely comfortable with the shame as long as it is bringing them in the billions of dollars a year that they make from their outrageous prices."

He gives the government credit for trying to do something on health prices, noting "taking action on this issue is hard." But he thinks some of the administration's other ideas to lower prices — announced in a plan released last May — might have a bigger impact.

Critics have pointed out the government's plan for enforcing the rule is weak, as NPR reported last fall. The plan for enforcement involves competitors policing each other by bringing legal action against competitors who aren't compliant, Azar said in Wednesday's press briefing. He calls it "a quite effective mechanism of enforcement."

Azar defended the government's authority to issue the new rule. "This is not without precedent," he told reporters. "We have for over 50 years required that car manufacturers and car dealers post the sticker price of cars on the windows of their cars and be transparent about — even though there are negotiations and everything else — because it's a starting point that's an important part of consumer fairness."

"When you go to the car dealer and you see that sticker price and you can negotiate a better price that can fit your budget directly with the car dealership," she explains. But, she says, drug prices are negotiated through layers of middlemen: "So you don't get to negotiate based on these prices like you would with a car."

In other words, car shoppers have a lot more choices that sick patients do, and a lot more bargaining power.

Faerber says certainly displaying the list price won't "magically flip a switch and cut a percentage or two off of the total drug costs." But she says it will be interesting to see how patients react to high list prices on their TV screens.

"Consumers are going to start wondering what are people getting for that money," she says.