Accessibility links
Good Sex After Menopause Means Trading Dryness And Doubt For More Talk And Touch : Shots - Health News A new book, Flash Count Diary, celebrates the emotional and creative freedom of postmenopausal intimacy. Author Darcey Steinke is here to say, sex can be better than ever after midlife.

Listen · 7:53 7:53
Lubrication And Lots Of Communication: Navigating A New Sexual Life After Menopause 7:53 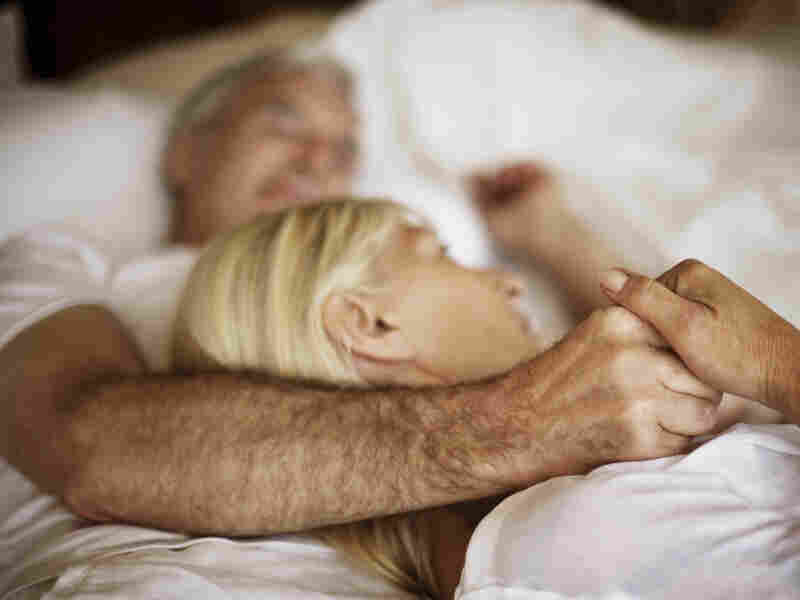 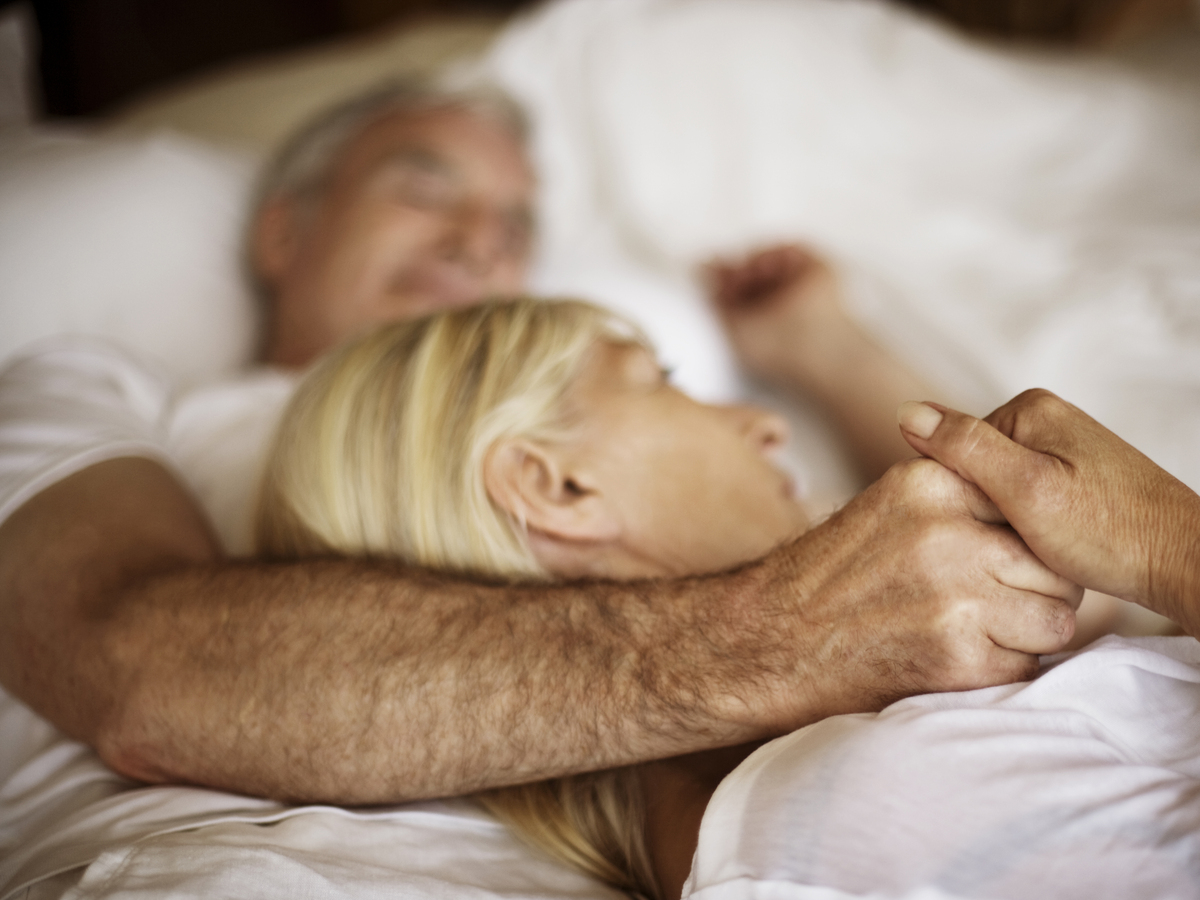 Menopause blindsided author Darcey Steinke. The hot flashes and insomnia were uncomfortable. The depression was debilitating. And the cultural expectations — that postmenopausal women are no longer interested in sex — made her both frustrated and angry.

"I feel like in the world we live in, the patriarchal world, women are most valued for their sexuality and their motherhood," Steinke says. "Once menopause comes, there's a feeling of shame that comes for a lot of women."

So she wrote a book about it. Flash Count Diary: Menopause and the Vindication of Natural Life explores Steinke's evolving identity after menopause and her new, open-minded approach to sex. If couples are willing to think beyond traditional intercourse, she argues, they'll find their relationships are more intimate than ever. And, she adds, don't be afraid to use lots of lubrication.

Steinke spoke with All Things Considered as part of its "Let's Talk About Sex" series.

What were some of the worst stereotypes you had heard about menopausal women?

The "dried-up" woman. The nonsexual woman. The mean woman. These are all menopausal stereotypes. I'll tell you, now that I'm moving through it myself, there's just no reason at all to feel that way. To me, menopause is so much about freedom. It's not really about being closed down, or irritable, or outside of physical life.

Did you feel like some of the most fundamental things about you were changing?

I felt my very femininity was in question. It was harder for me to prop it up because I wasn't menstruating. I didn't have a lot of the female signifiers that I once had: My hair wasn't as smooth. I can remember a waiter once saying "Sir" to me, and I was like, "Oh my gosh. Wow. This is a whole new territory." 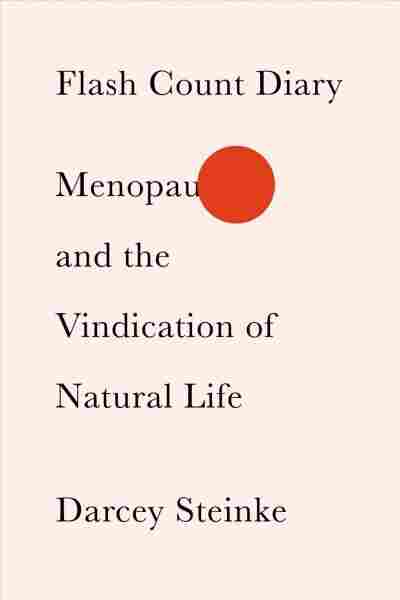 Menopause and the Vindication of Natural Life

I have always been more of a tomboy. I'm a big lover of David Bowie now. And so the idea of a more androgynous self, coming out of my more femme, fertile self was in some ways extremely exciting to me — not just as a new face, but also sexually.

What about sex? How did sex change for you after menopause?

It was a gradual process. I do remember feeling less interested in intercourse. I actually felt like it was sort of uncomfortable.

Why do you think it was less comfortable?

I'm not sure how much you know about the menopausal changes, but one of them is a lack of moisture. Your body changes and you don't have as much natural lubrication. But that is so easily fixed by lube. It's not like a big tragedy.

In my research, in a lot of the menopausal chat rooms, there's a lot of sad talk by women that intercourse hurts, and they don't know what to do about it. They don't know how can they talk to their husbands. They feel forced to have it. I mean, you know, I had this high school friend that said to me, "I now understand the term 'wifely duty.' " That's just so sad to me because, it's dryness, honey.

And also there's a lot of other things on the menu, a lot of great stuff. That's the place that I moved toward. It's not just this one script, right? It doesn't always have to be manifested in the same way. And I'm lucky I have a partner that's extremely able to have these really tough conversations. He listens to me. We talk about his needs. We know about my needs. I was lucky in that way.

Did he have questions for you? What did he ask about?

It doesn't have to end in sexual intercourse.

Sad To Say, Most Remedies For Hot Flashes Fizzle

You were having conversations with men who have partners who are women going through menopause, and they're feeling rejected. What kind of conversations did people tell you about? And how did they say they got past that?

I interviewed about 25 men, and they tended to deflect questions about their own aging and sexuality and wanted to focus more on their partners not wanting sex.

Some of them were very relieved that they couldn't get their partners pregnant anymore. They felt that sex that could lead to a child had always been kind of apocalyptic. One man said to me, "It's very powerful in its scariness. But the fact that that wasn't true anymore was actually extremely freeing."

One man that was the most verbal about this told me that like he felt like sex was now connected more to play. There was a lightness there. The pressure is gone.

You make it sound like there's a lot to look forward to. What surprising, just awesome things happened for you sexually because of menopause?

I feel closer to my husband than I ever have. Your bodies both age. You have to be more intimate. You have to have these discussions. Things are changing.

You can deny all this and just decide not to be physical anymore. But if you go into it, the level of intimacy is kind of mind-blowing. That's really beautiful. I would hate to miss it.

The audio story was produced and edited by Mallory Yu and Jolie Myers.