Accessibility links
Book Exposes How Some Generic Drugmakers Ignored Safety And Committed Fraud A new book investigates the history of unsafe and deceptive practices by some generic-drug manufacturers, and explains why U.S. regulators struggle to keep up with a global industry. 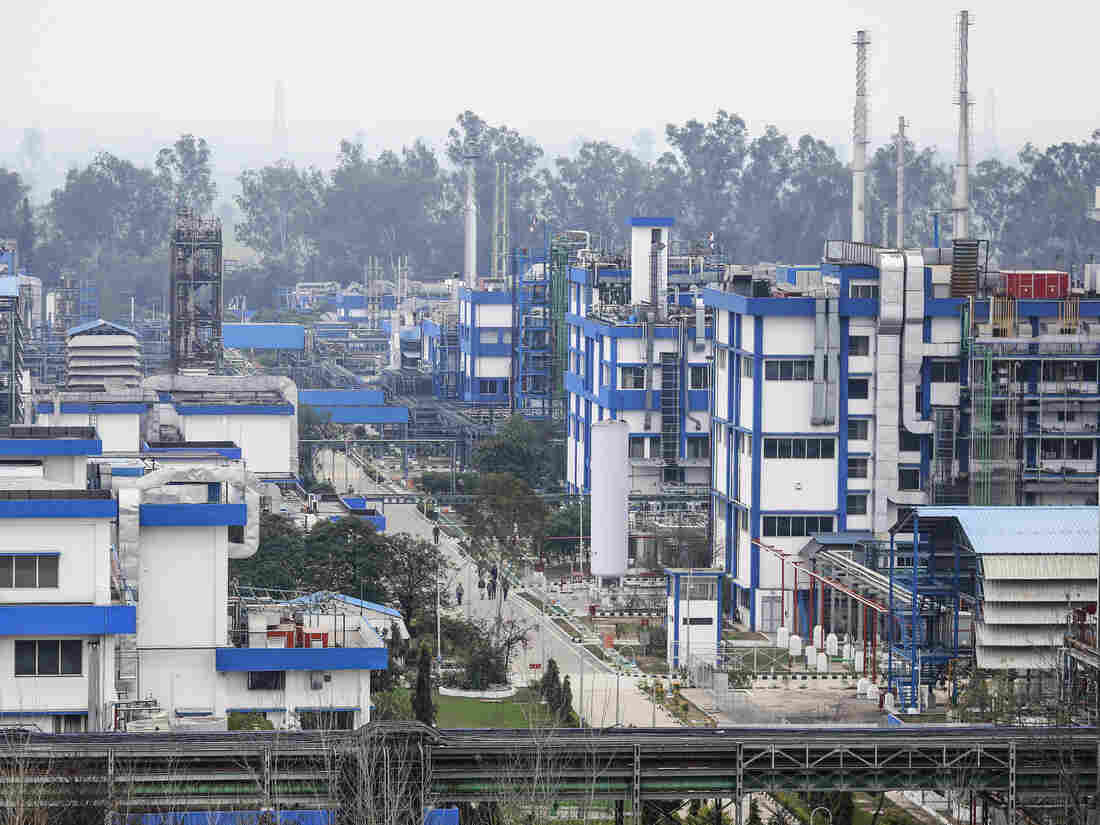 An FDA inspection of this Ranbaxy facility in Toansa, Punjab, India, in 2014, revealed drug quality testing violations, resulting in the FDA prohibiting Ranbaxy from marketing drugs in the U.S. that were manufactured at this plant. Dhiraj Singh/Getty Images hide caption 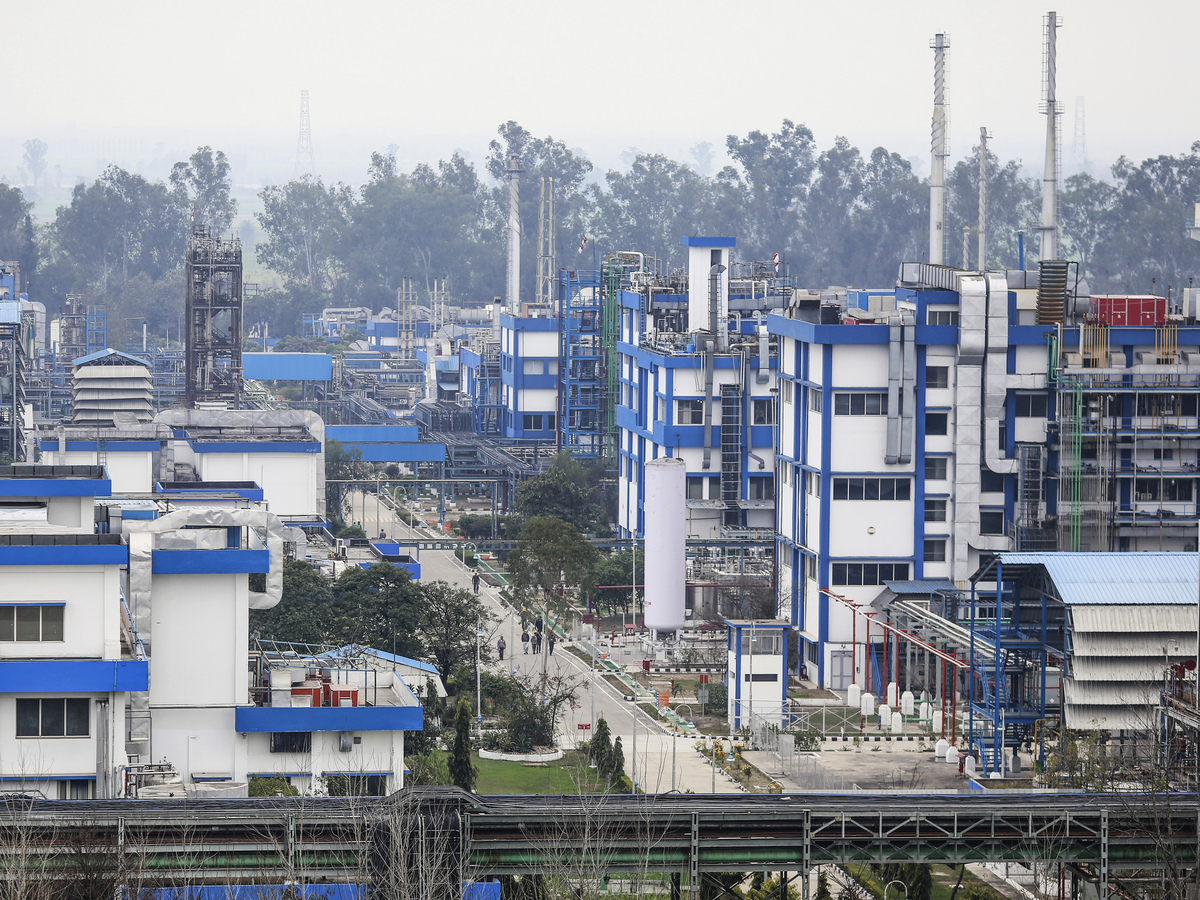 An FDA inspection of this Ranbaxy facility in Toansa, Punjab, India, in 2014, revealed drug quality testing violations, resulting in the FDA prohibiting Ranbaxy from marketing drugs in the U.S. that were manufactured at this plant.

Updated on May 14: This story has been updated to include details about the FDA's response to Ranbaxy and comments from the FDA. It has also been updated to indicate it is a book review, and therefore opinion.

Generic drugs are supposed to work just as well as their brand-name counterparts.

Once a patent lifts, generic-drug companies find alternative ways to manufacture a drug that should work indistinguishably from the brand-name version. In a world of skyrocketing prescription drug prices, cheaper generics have acted as a crucial counterweight.

But in Bottle of Lies, investigative journalist and author Katherine Eban exposes the dangerous, dark side of some generics. Her propulsive narrative investigation traces the history of the generic-drug boom, revealing how intense demand for cheaper drugs opened a dangerous chasm between what regulations required of drug companies and how some of those companies actually behaved. She also documents how the FDA struggled to address those safety gaps, and the challenges that still remain.

Interspersed between detailed histories of the evolution of the FDA and the rise of Indian pharmaceutical companies are astounding scenes of factory workers fleeing from FDA inspectors with garbage bags full of fraudulent records, and a company wiretapping the hotel rooms of regulators strategizing how to conduct a factory inspection. Eban paints a full and disturbing picture that anyone concerned with the pharmaceutical industry should read.

The generic-drug boom began in the mid-1980s, when pharmaceutical giants such as Pfizer dominated the market. In response to rising costs and complaints over the influence of "Big Pharma," Congress in 1984 unanimously passed the Hatch-Waxman Act, which created a new regulatory track for generic drugs. As long as generic manufacturers could prove their drugs were bioequivalent to brand-name drugs, meaning they acted similarly in the body, they could get approved. It was a boon for generic-drug makers, and in principle for the American public, allowing market competition to yield less expensive but equivalent drugs. 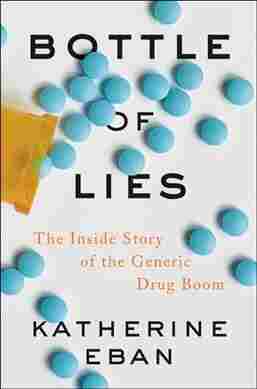 The Inside Story of the Generic Drug Boom

But according to Eban, parts of the law incentivized speed over quality. Its "first to file" rule granted whichever company filed its FDA application first exclusive rights to sell its version of the generic drug for six months, at near-brand-level prices, before competitors could enter the market. According to Eban's reporting, this created a Wild West environment, where being first mattered more than getting it right.

"In theory, all the companies had to follow the same rigid set of good manufacturing practices," she writes. "But for companies that were inclined to emphasize profits instead of quality, there were many avenues for improvisation, and shortcuts."

The bulk of the book focuses on the Indian company Ranbaxy, the first overseas manufacturer to sell generic drugs in the U.S. and one of the largest generic-drug suppliers globally. In 2013, Ranbaxy's U.S. subsidiary, Ranbaxy USA, pleaded guilty — and paid $500 million in fines — to several counts related to selling adulterated drugs and lying to the FDA about it.

Eban's account of Ranbaxy's shady practices begins in the early 2000s, but it would take years for the FDA to learn about the malfeasance, and even longer for the regulatory body to take action. Eban's reporting tells that story, drawing on interviews with more than 240 people, including FDA inspectors and Dinesh Thakur, a former Ranbaxy chemical engineer and whistleblower.

Before working for Ranbaxy, Thakur spent about a decade at Bristol-Myers Squibb, where he learned how a brand-name pharmaceutical company managed and documented the mass production of drugs in compliance with FDA regulations. When billions of pills get produced each year, maintaining and documenting good manufacturing practices is the only way to ensure — and demonstrate to regulators — the quality of the drugs.

But at Ranbaxy, Thakur encountered a web of systematic fraud. The company often used lower-quality ingredients to save money, manipulated quality control data, or just made up numbers out of thin air. (These details were cited in the 2013 court case that the Department of Justice ultimately brought against Ranbaxy USA.) As a result, as the case alleged, the company was selling drugs of dubious purity, thus potentially endangering patient safety.

In court documents, the Department of Justice alleged that Ranbaxy knew the extent of the problems but did nothing to improve its manufacturing processes or come clean with the FDA.

Eban writes that in response to this fraud, Thakur resigned, and in 2005 he contacted the FDA about Ranbaxy's practices. But it would be nearly a decade before the company finally pleaded guilty in court. The prolonged process leading up to the court case, Eban writes, illustrates just how ill-equipped the FDA was to regulate overseas manufacturers.

In the U.S., FDA inspectors can show up to a plant at any time, incentivizing companies to always be in compliance lest they be caught off guard by an inspection. But the globalization of the pharmaceutical industry complicated this practice. To minimize diplomatic tensions, the FDA notified plants months in advance of visits. Such lead time gave overseas companies ample time to prepare for inspections. Eban describes accounts of companies hurriedly cleaning workspaces, shredding records and fabricating documents, even destroying visibly contaminated drugs.

The evidence Thakur provided to the FDA did not result in immediate, sweeping action. Some Ranbaxy plants received warnings and other regulatory actions from the FDA, though Eban characterizes them as inadequate given the scope of the problems. The FDA issued an import alert in 2008 against two of the company's Indian plants, barring from import 30 drugs that were manufactured there. In 2012 the agency issued a consent decree, which prevented Ranbaxy from manufacturing drugs at certain facilities for the U.S. market until those facilities came into compliance with U.S. manufacturing quality standards.

Other Ranbaxy plants squeaked through regulatory inspections entirely, like the plant that manufactured generic Lipitor, the blockbuster cholesterol drug. Less than a year after that plant passed an inspection in 2012, Ranbaxy admitted that some of the millions of generic Lipitor pills already dispensed in the U.S. were suffused with tiny shards of blue glass.

Dr. Janet Woodcock, director of the FDA's Center for Drug Evaluation and Research, said in a statement to NPR that "protecting patients is the highest priority of the FDA." She added that the agency holds generic-drug manufacturers to the same standards that it holds brand-name manufacturers.

Internal divisions and pressure from Congress also limited the FDA's response to overseas violations, Eban writes. The demand for cheaper generic drugs in the U.S. was enormous — delays in launching a generic version of Lipitor could cost Americans up to $18 million a day, according to a 2011 letter from a group of U.S. senators to the FDA commissioner. Eban reports that a number of FDA officials felt that "higher-ups" were downplaying the extent of the problem. 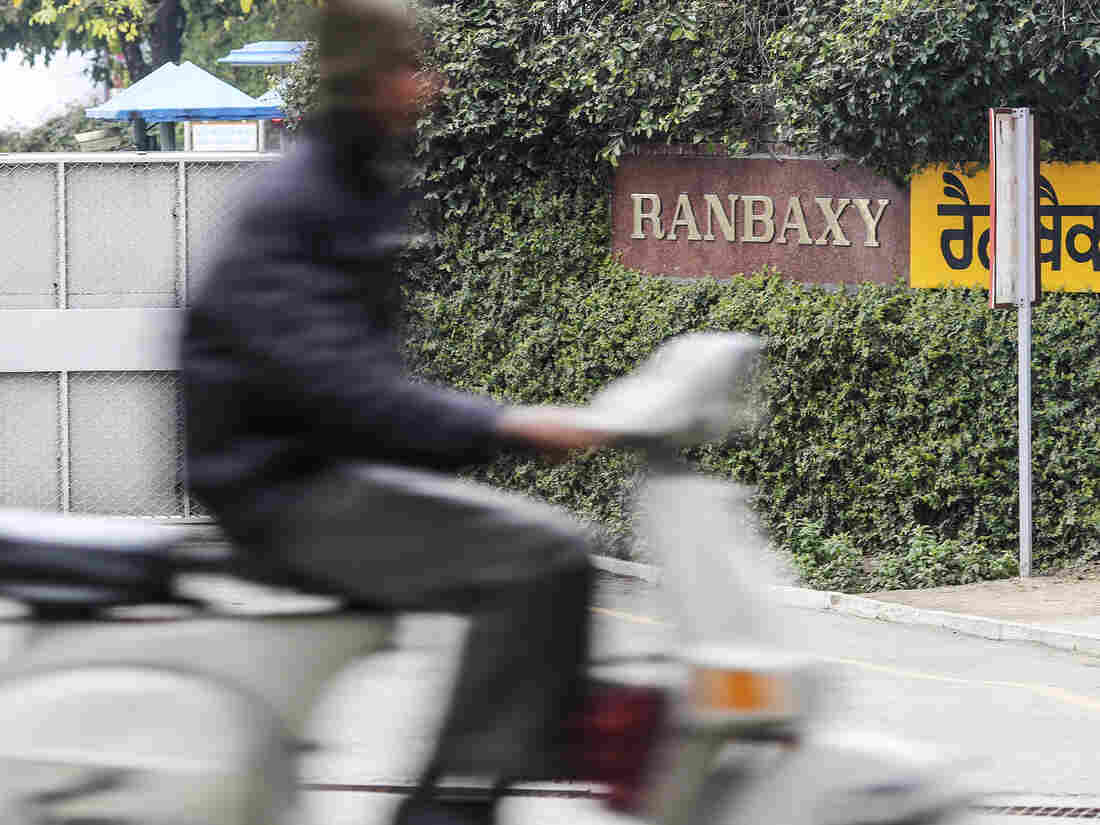 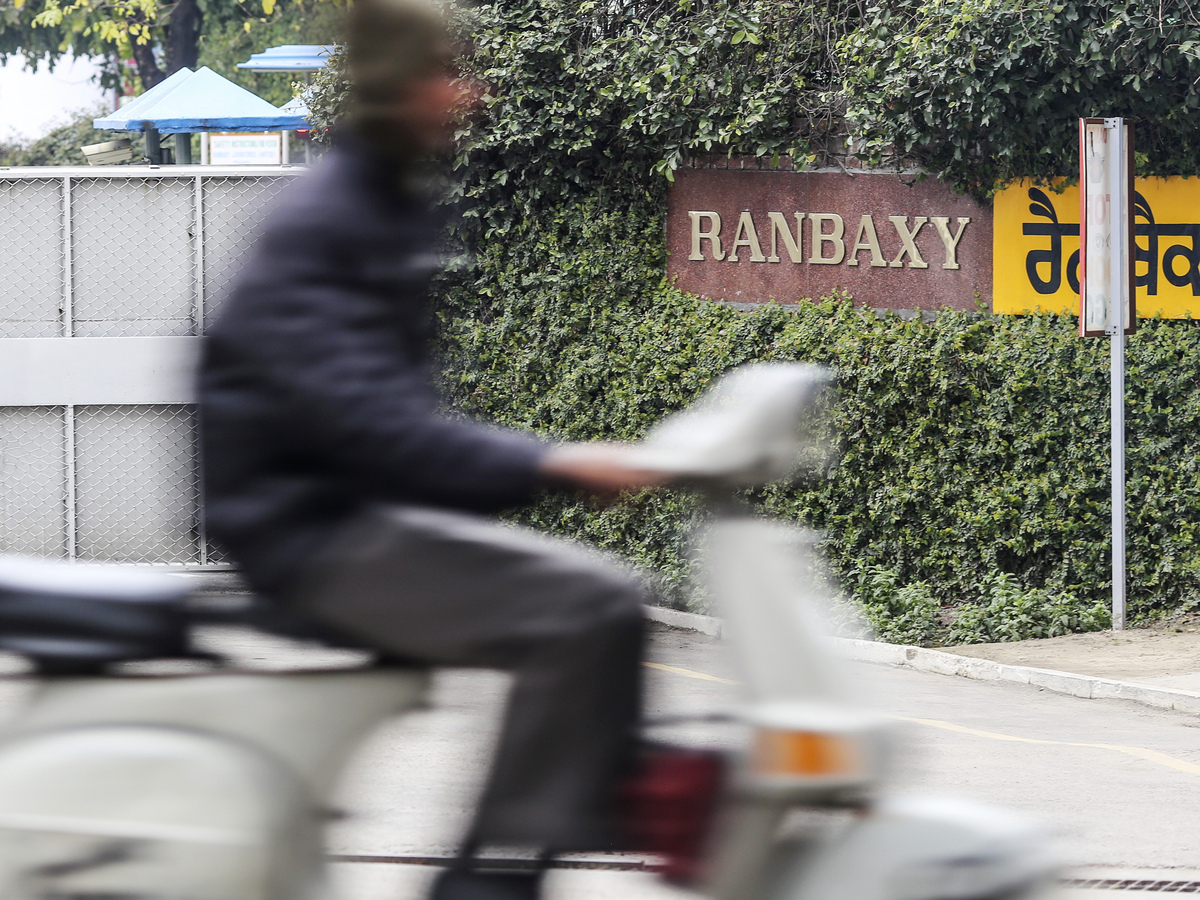 People outside the FDA began noticing problems with generic drugs too. Eban documents growing skepticism toward some generics among doctors in the U.S. and Africa. After numerous cases in which patients experienced problems after switching from brand-name drugs to generics, many medical professionals began avoiding prescribing certain generic drugs.

Some patients who switched to a generic version of Wellbutrin, an antidepressant, complained of headaches, nausea, irritability and even suicidal thoughts. There were reports of pills that literally smelled "fishy." It took the FDA five years to verify that the generic pills produced by the Israeli manufacturer Teva were not equivalent to brand-name Wellbutrin.

The situation was even worse in Africa, where many manufacturers shipped their lowest-quality drugs. Some were completely counterfeit, with independent lab analysis showing no active ingredients whatsoever. Those that had active ingredients often didn't have enough, and doctors would need to prescribe anywhere from double to 10 times the typical dose to achieve an effect, according to Eban.

Eventually, Ranbaxy, as a company, was brought to justice. But none of the individuals responsible were prosecuted. Many Ranbaxy executives simply brought their expertise to other major generic-drug manufacturing companies, where fraud allegedly continues, as Eban documents further in her book.

Eban emphasizes that when generics work, and many do, they serve a vital role in public health. But her work has exposed the deep challenges of regulating a globalized pharmaceutical industry. She ends the book on a maddening note, saying that after a brief stint of conducting unannounced overseas inspections from 2014 to 2016, the FDA went back to notifying plants of routine inspections well in advance. The FDA's Woodcock told NPR that the agency focuses its global inspection efforts on "higher-risk facilities" and said that "over the past several years we conducted a number of unannounced inspections."

Jonathan Lambert is a freelance science journalist based in Washington, D.C. You can follow him on Twitter: @evolambert