Accessibility links
FDA's Accelerated Approvals For Cancer Drugs At Odds With Many Later Studies : Shots - Health News Regulators give many cancer drugs a fast track to market while requiring drugmakers to do more studies after approval. Researchers have found the follow-up studies frequently come up short. 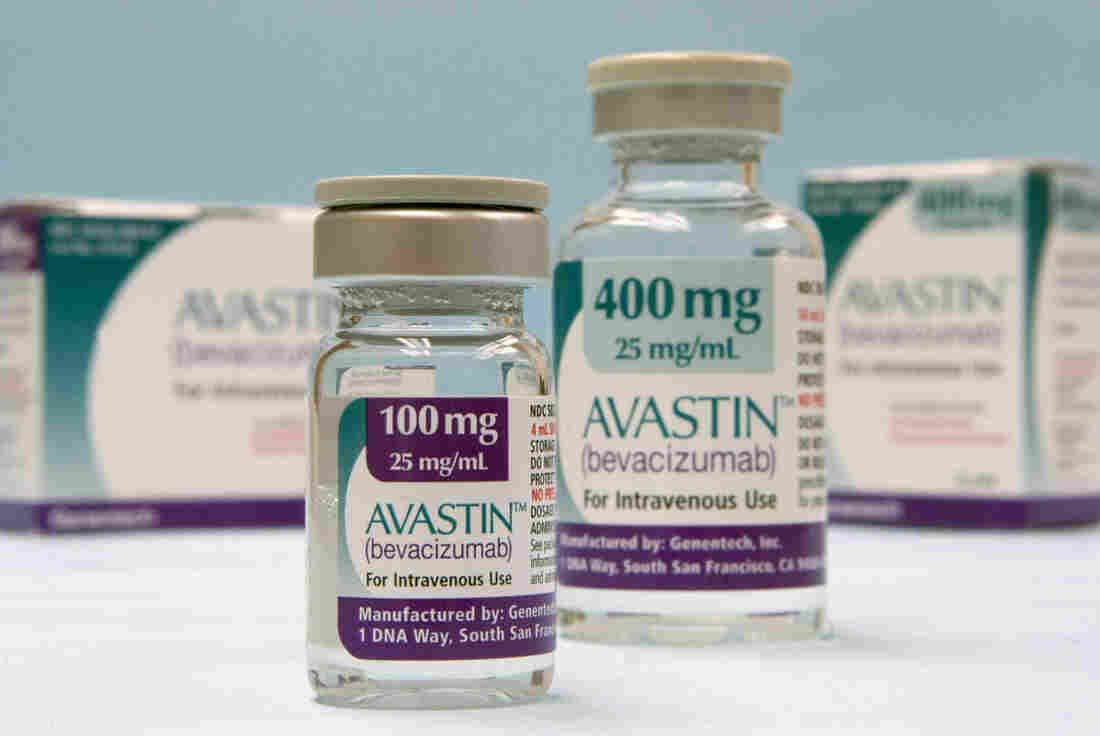 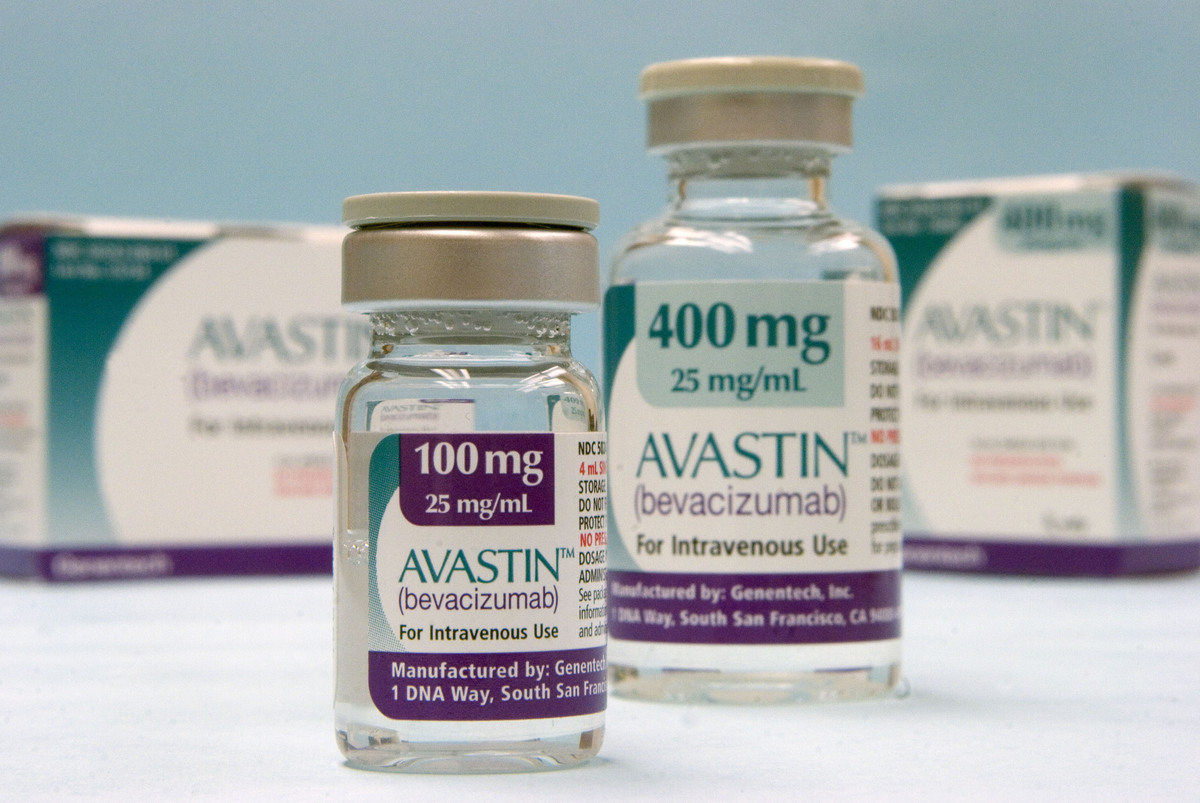 Avastin got an accelerated Food and Drug Administration approval for treatment of glioblastoma, but additional research found the drug didn't extend patients' lives.

Cancer drugs that speed onto the market based on encouraging preliminary studies often don't show clear benefits when more careful follow-up trials are done, according to research published Tuesday.

These cancer drugs are granted accelerated approval to give patients faster access to the treatments and to allow drug companies to reap the economic rewards sooner. As a condition of this process, the Food and Drug Administration requires drug companies to conduct more research, to confirm whether the medications actually work and are safe.

In 2018, the FDA looked back on 93 cancer drugs granted accelerated approval and touted that only five had been removed from the market over a 25-year span. A research team at Harvard Medical School's Program on Regulation, Therapeutics and Law dug deeper to see what had happened with the rest.

In the follow-up studies, only 19 of the 93 drugs clearly extended the lives of the patients taking them, according to the study, published in the latest JAMA Internal Medicine.

For example, Genentech's Avastin, or bevacizumab, won accelerated approval to treat the deadly brain cancer glioblastoma, but the drug did not extend the lives of patients in a follow-up study.

Sometimes patients value drugs because they improve their quality of life. This drug didn't do that either, yet the FDA left it on the market as an approved treatment for glioblastoma.

"So that was the most baffling thing," says Bishal Gyawali, an oncologist on the research team. "I find it very difficult to understand."

The researchers said follow-up studies for these cancer drugs often didn't even use overall survival or improved quality of life as the benchmark.

Instead, many used the same measure that formed the basis for their preliminary approval — for example, tumor shrinkage. Those targets, called "surrogate endpoints," often don't predict who will live longer or more comfortably.

"How can we use the same surrogate endpoint and say they have clinical benefit in a confirmatory trial?" Gyawali asks, when that endpoint clearly wasn't sufficient for full approval of the drug at the outset. (Gyawali is now at Queens University in Ontario.)

"The reason for giving these approvals should be transparent," he says, but the FDA doesn't explain its reasoning.

A second study in the same issue looked at cancer drugs approved based on a specific surrogate endpoint called "response rate." Response to a drug can be anything from spectacular and complete remission to weak and transitory shrinkage of a tumor. And these responses don't necessarily mean people will live longer or be more comfortable.

The study looked at 59 cancer drugs approved initially on the basis of their response rate and found that just six eventually won regular approval based on their overall survival benefit.

Studies based on response rate don't include a comparison group, so the scientists at Oregon Health and Science University argue that it's difficult to say whether these new drugs are better than other drugs already on the market.

Sometimes there is no comparison group because these are rare cancers, or the drug targets a rare mutation in a common cancer, so it's difficult to pull together a study that randomizes patients into different treatment groups, says Dr. Richard Schilsky, the senior vice president and chief medical officer at the American Society of Clinical Oncology.

But for other circumstances, "if we put the investment in it we would be able to do randomized controlled trials," says Emerson Chen, an oncology fellow at OHSU. Those studies often add another year or more to a follow-up study, he says, but he advocates for them because they provide "more definitive information about the survival and the patient-reported outcomes."

In a commentary, Dr. Ezekiel Emmanuel and colleagues at the University of Pennsylvania write that there "is no good reason for the FDA to rely so heavily on accelerated approval using response rates or other unreliable surrogate end points."

"Drugs with unproven effectiveness sell false hope to desperate patients, who are likely paying thousands of dollars out of pocket for them," they write, adding, "Approval of ineffective drugs also crowds out innovation that might produce effective treatment."

The FDA gets pressure both from patients and from drug companies to accelerate approval of new cancer drugs and constantly needs to strike a balance between innovation and caution, ASCO's Schilsky says.

Randomized trials are the gold standard for cancer research, but he says they can be challenging if a drug is already on the market.

He also pushes back against the "sweeping generalizations" in these two studies. "Regulatory decisions have to be made on a case by case basis and in a particular context," he says. But he agrees that the FDA should be more transparent about its decisions, so scientists can better understand them.

The FDA did not provide NPR with details about its decision to leave Avastin on the market for brain cancer. In a statement, an agency spokeswoman notes that the FDA weighs risk and benefits, saying, "It has been widely accepted that benefit can be demonstrated by a number of endpoints, not just overall survival."