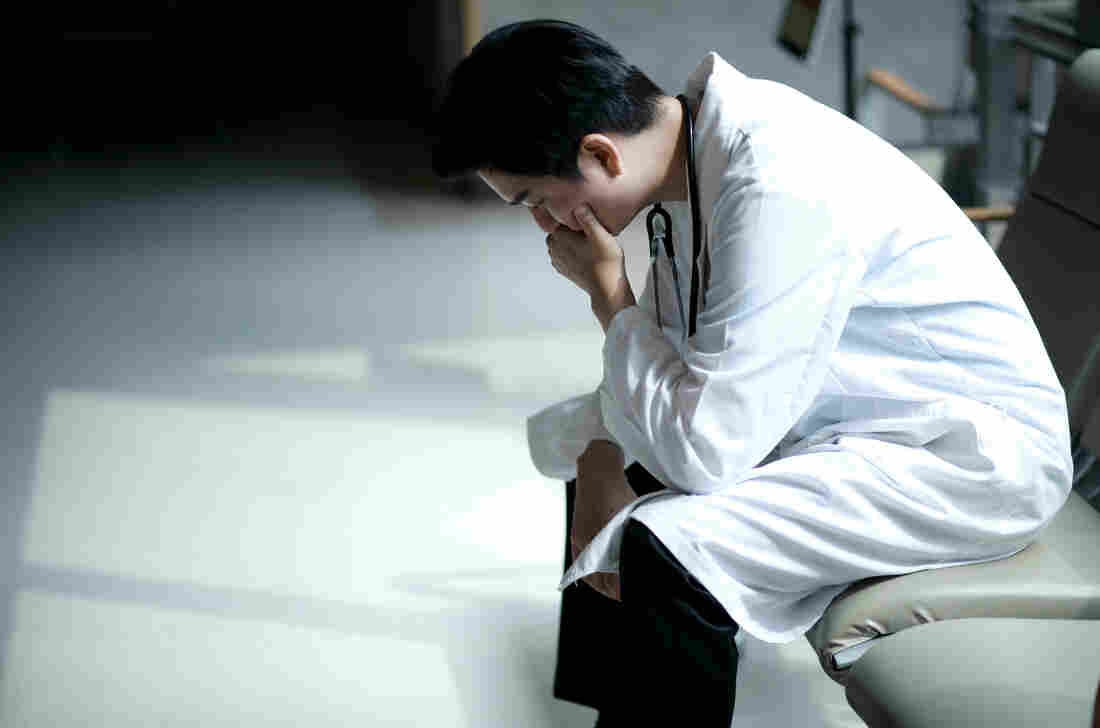 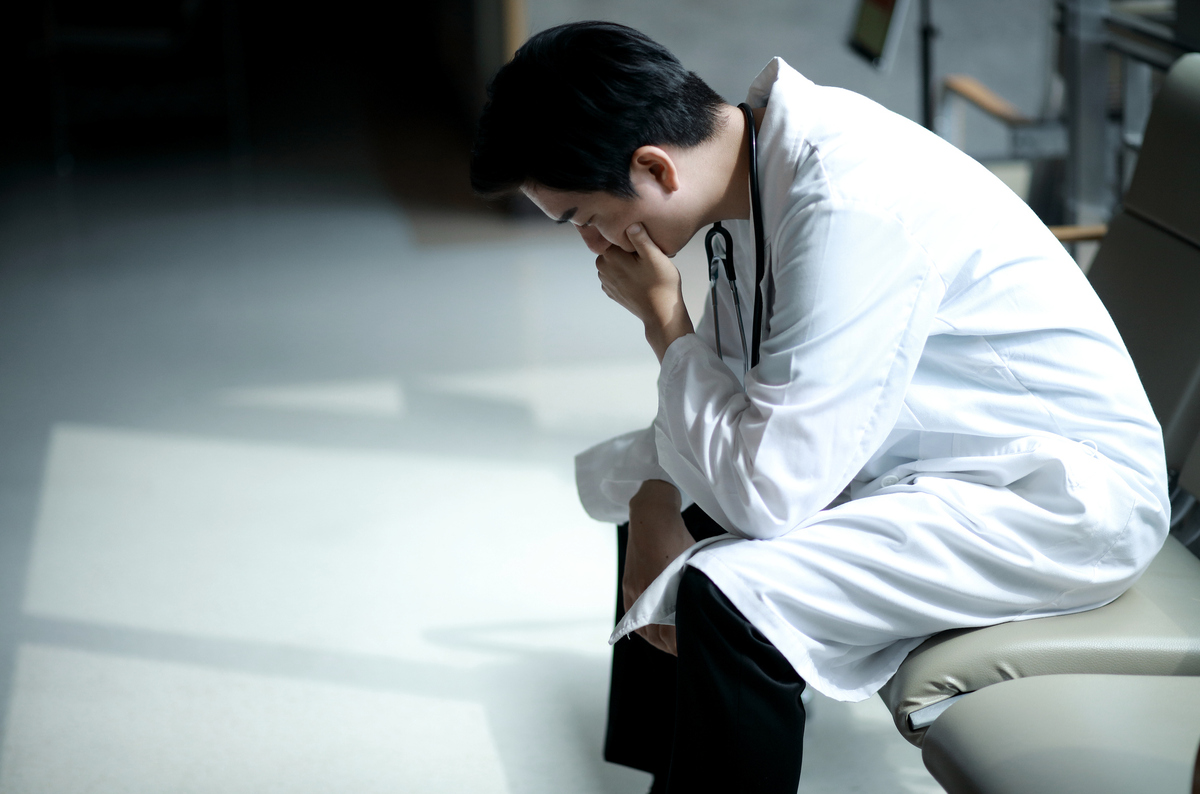 Doctors who experience burnout are prone to cut back on hours or quit practicing medicine. This costs the health care system billions, new research finds.

Doctor burnout is costing the U.S. health care system a lot — roughly $4.6 billion a year, according to a study published this week in the Annals of Internal Medicine.

"Everybody who goes into medicine knows that it's a stressful career and that it's a lot of hard work," says Lotte Dyrbye, a physician and professor of medicine at the Mayo Clinic in Rochester, Minn., who co-authored the study.

She says the medical profession now carries an increasing load of paperwork and bureaucracy, adding stress to doctor's lives. "We want to be able to deliver good quality care to our patients, and our systems get in the way," Dyrbye says.

The study defines burnout as substantial symptoms of "emotional exhaustion, feelings of cynicism and detachment from work, and a low sense of personal accomplishment." This description tracks closely with the World Health Organization's newly updated definition for burnout.

To put a price on burnout, the study authors culled data from recent research findings and reports — including direct or inferred findings on doctors cutting back on hours or quitting as a result of burnout. They ran a mathematical model to estimate the costs associated with burnout, focusing on the costs of replacing physicians and lost income from unfilled positions.

A previous study, which shares some of the same authors, found that 54% of doctors reported experiencing at least one symptom of burnout, from the Maslach Burnout Inventory, a validated tool for measuring burnout.

"There is a general sense of loss of meaning [to the work]," she says.

The study authors calculate that for health care organizations, the cost of burnout comes out to $7,600 per physician per year. The study notes that their cost estimate is conservative, only taking into account lost work hours and physician turnover. But other research shows burned out doctors are also more likely to make medical mistakes, have less satisfied patients, and get sued for malpractice, all of which have indirect costs.

Constance Guille, a doctor and associate professor at the Medical University of South Carolina, who was not involved in the study, says that highlighting the economic costs associated with burnout is important work. However, she says, a weakness of the study is that it drew from inconsistent data, an issue baked into the literature: "We're not actually able to measure burnout well," she says.

"Burnout is highly, highly associated with major depression," she says. "It's measurable, and we have really good interventions for it." She adds that focusing on depression "could improve physician health, and reduce the financial impact of burnout."

The current study is accompanied by an editorial also published in the Annals of Internal Medicine by Edward Ellison, executive medical director of Southern California Permanente Medical Group, a health care provider in the Kaiser Permanente network that employs over 8,500 physicians.

He writes that burnout is associated with "anxiety, depression, insomnia, emotional and physical exhaustion, and loss of cognitive focus." But most concerning, Ellison notes, is that the physician suicide rate is much higher than the general public's and even exceeds that of combat veterans. "[W]e cannot underestimate the urgency, severity, and tragedy of the human cost," he writes.

Doctor burnout has been a known problem for years, the study authors note, and by putting a cost to the problem and using the language of policymakers and CEOs, they aim to compel organizations to act.

"We hope that people will think about these numbers and say: 'If I invested half that amount of money in systems that improve work efficiency, or ways to build better teams to offload some of the workload from the physician, not only is it the right thing to do, but it's also going to improve my quality and safety, and save me some dollars in the end,'" says Dyrbye.

Bottom line, she says, addressing burnout is not just a moral responsibility: It could also be money-saving.