Accessibility links
Rude Surgeons May Have Worse Patient Outcomes : Shots - Health News A new study shows a link between how surgeons act around co-workers and their patients' outcomes. Turns out rudeness and other unprofessional behavior isn't just obnoxious — it may be dangerous.

When Surgeons Are Abrasive To Co-Workers, Patients' Health May Suffer

When Surgeons Are Abrasive To Co-Workers, Patients' Health May Suffer 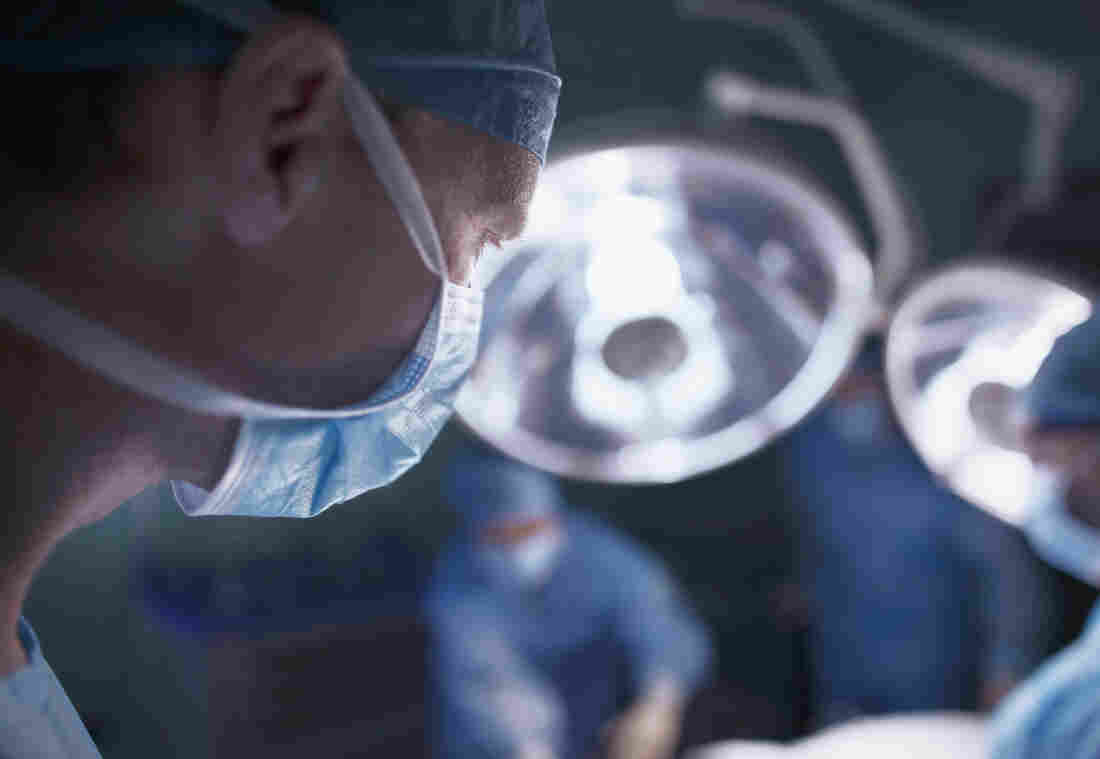 Patients operated on by surgeons who display rude or unprofessional behavior toward colleagues tend to have higher rates of post-surgical complications. FangXiaNuo/Getty Images hide caption 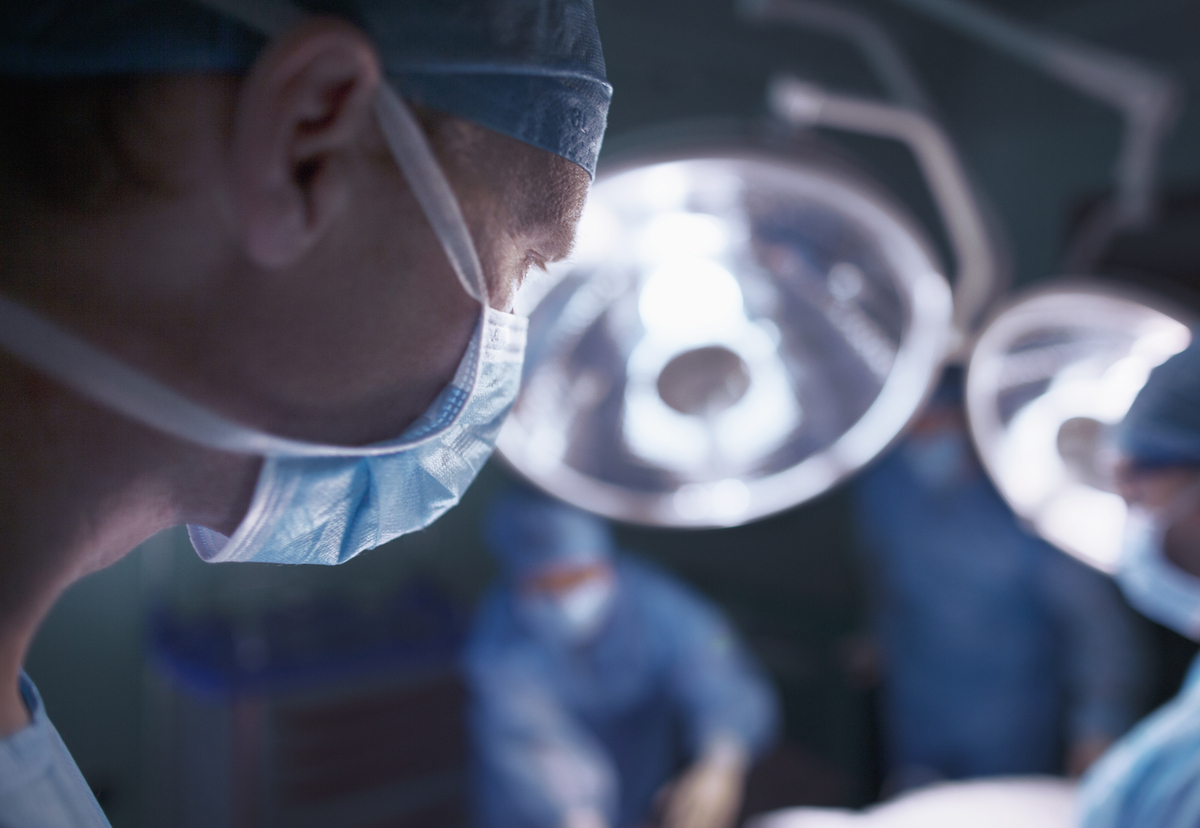 Patients operated on by surgeons who display rude or unprofessional behavior toward colleagues tend to have higher rates of post-surgical complications.

As a group, surgeons are not well known for their bedside manner. "The stereotype of the abrasive, technically gifted ... surgeon is ubiquitous among members of the public and the medical profession," write the authors of a 2018 article in the AMA Journal of Ethics. While poor manners aren't commonly accepted in most professional circles, representations of surgeons in popular culture often link technical prowess with rude behavior, and some surgeons have even argued that insensitivity can be helpful in such an emotionally strenuous profession.

A study published Wednesday in JAMA Surgery challenges these ideas. The study, which looked at interactions between surgeons and their teams, found that patients of surgeons who behaved unprofessionally around their colleagues tended to have more complications after surgery. Surgeons who model unprofessional behavior can undermine the performance of their teams, the authors write, potentially threatening patients' safety.

For the study, researchers gathered data on nearly 13,700 patients and 202 surgeons from the National Surgical Quality Improvement Program, a system designed to track and improve surgical care. About 70% of the surgeons were men. The researchers analyzed post-operation reports to see whether surgeons' colleagues reported any of four types of unprofessional behavior: unclear or disrespectful communication, poor or unsafe care, lack of integrity and failure to follow through on professional responsibilities.

These behaviors can have a real effect on patients. For instance, the study authors write about a surgeon responding to a nurse who asked for a safety-related break by telling her to "get going without all this time out nonsense," showing a disregard for safety. In another example, a surgeon yelled at another physician for five minutes after the physician started the patient on medicine to raise blood pressure, potentially making the physician afraid to speak up about patients' needs in the future.

The researchers found that when surgeons had one or more reports of unprofessional behavior over the previous 36 months, their patients were 12% to 14% more likely to experience complications in a 30-day period following surgery. These complications included infections, pneumonia, stroke and kidney failure. The study did not assess which of the four behavior subcategories were associated with the most increased likelihood for complications.

The findings show that a surgeon's technical prowess is not the only determinant of good outcomes, says Jonah Stulberg, a general surgeon at Northwestern Memorial Hospital who has published research on surgeon performance evaluation and was not involved in the study.

"There's truly a safety benefit to professional behavior," Stulberg says. For instance, he says, "nurses may be more likely to speak up about breaks in sterile technique if the physician is more receptive to them speaking up." But, he adds, if the surgeon is "yelling all the time," those same nurses might not say anything.

The study's limitations, including its relatively small sample size and the subjective nature of co-workers' reports, don't diminish the significance of the results, he says.

Dr. William Cooper, the study's corresponding author and a professor of pediatrics and health policy at Vanderbilt University Medical Center, says the findings' consistency surprised him. "It was a strong increase," he says. "If you had more reports [of unprofessional behavior], your patients were more likely to do worse."

But, he says, another important takeaway is that unprofessional behavior is not the norm for surgeons.

"The vast majority take care of their patients, are respectful to their co-workers," he says. "A very small proportion account for a disproportionate share of adverse outcomes." (About one-third of the patients studied had been treated by surgeons with one or more reports.)

What's more, Cooper says, awareness can often improve surgeons' behavior. Previous studies have shown that most surgeons may improve their behavior toward patients when given appropriate feedback. Continuing to do studies like these and informing surgeons about the risks of unprofessional communication, Cooper says, is key: "You can drop malpractice risks just by sharing data," he says.

The image of the insensitive and rude surgeon is evolving, Cooper and others say. In the 2018 AMA Journal of Ethics article, the authors note that "modern surgeons are far more diverse and socially adept than the stereotype suggests." Some medical schools have started to offer courses on kindness and empathy and judge students in part on personality assessments and perceived empathy levels.

Yet while the stereotype of the abrasive surgeon no longer applies to many modern surgeons, they write, "it continues to influence patients' expectations and surgeons' interactions with their clinical colleagues."

Susie Neilson is an intern on NPR's Science Desk. She's on Twitter at @susieneilson.