Accessibility links
Will Trump's Plan Make Hospital Prices Transparent? Here's What You Need To Know : Shots - Health News A broad executive order issued Monday is supposed to help consumers get better estimates of health care costs. But whether it will be a game-changer depends on the details, health care analysts say.

Trump's Plan To Lower Your Hospital Costs: Here's What You Need To Know

Trump's Plan To Lower Your Hospital Costs: Here's What You Need To Know 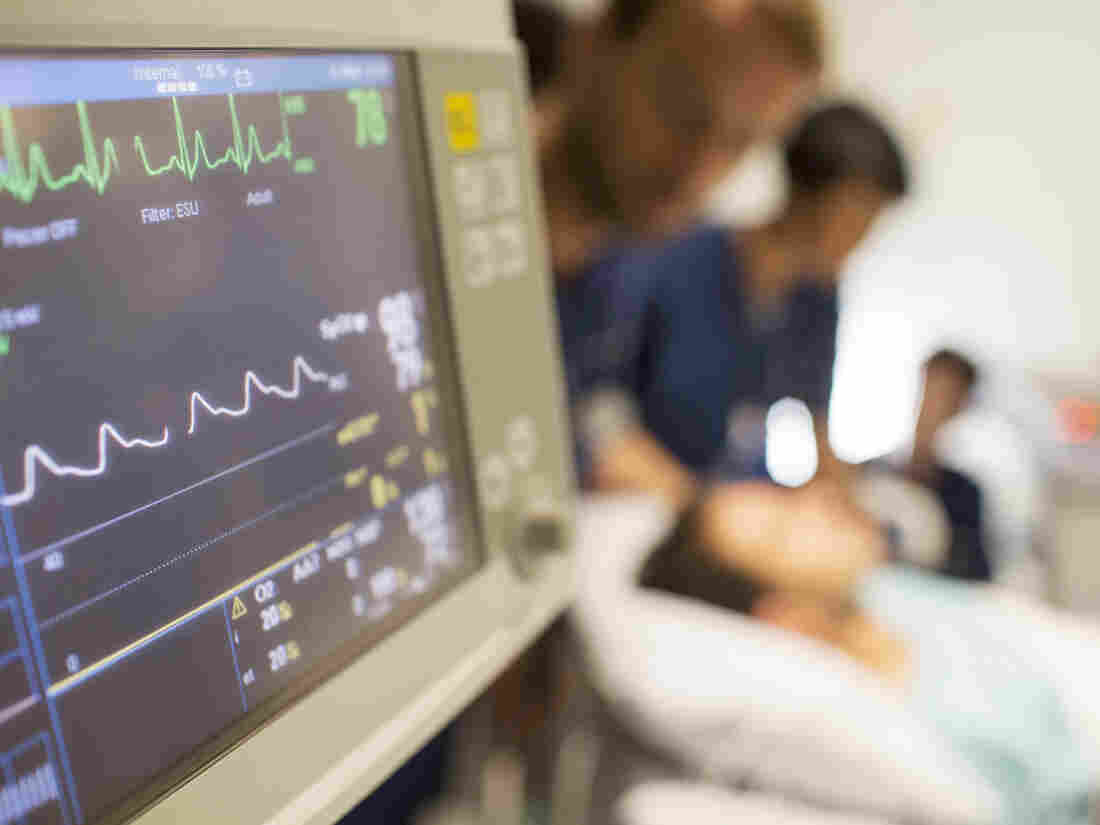 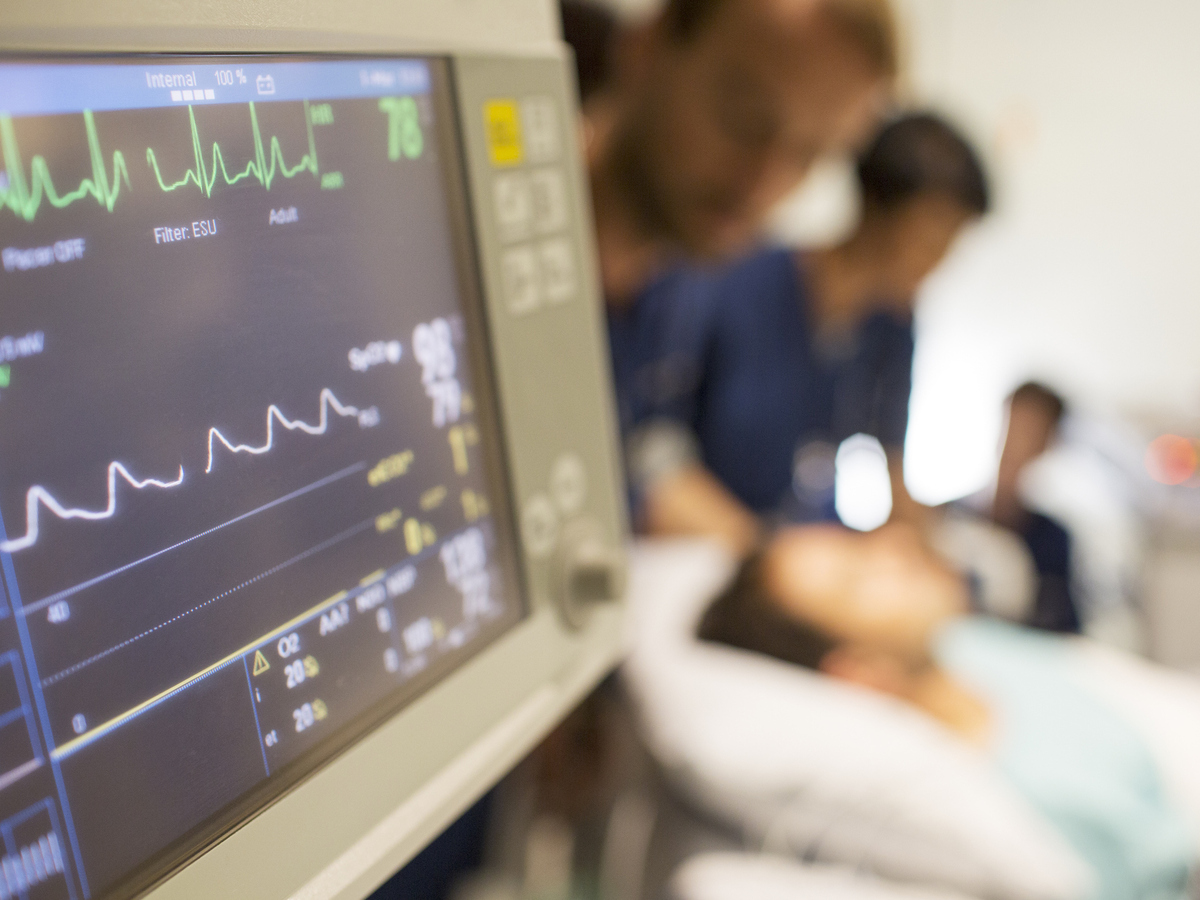 An executive order President Trump signed Monday aims to make most hospital pricing more transparent to patients, long before they get the bill.

Anyone who has tried to shop around for hospital services knows this: It's hard to get prices in advance.

President Trump signed an executive order Monday that he says would make such comparisons easier, and make the pricing process more transparent.

"This will put American patients in control and address fundamental drivers of health care costs in a way no president has done before," Health and Human Services Secretary Alex Azar said during a press briefing Monday.

But just how useful the effort will prove for consumers remains unclear.

If the executive order leads to finalized HHS rules, proponents say it could encourage competition and lower prices.

Other health care analysts say much depends on how the administration writes the rules over the next several months — rules that govern what information must be provided and in what format. Trump's executive order already is running into opposition from some hospitals and insurers who say disclosing negotiated rates could drive up costs.

As health care consumers await more details on those rules, here's what we know:

Q: What does the order do?

The order directs agencies to develop rules to require hospitals and insurers to provide information "based on negotiated rates" to the public.

Currently, such rates are hard to get, even for patients, until after medical care is provided. That's when insured patients get an "explanation of benefits," which shows how much the hospital charged, how much of a discount their insurer received and the amount a patient may owe.

In addition to consumers being unable to get price information upfront in many cases, hospital list prices and negotiated discount rates vary widely by hospital and insurer, even within the same region. Uninsured patients often are charged the full amounts.

"People are sick and tired of hospitals playing these games with prices," says George Nation, a business professor at Lehigh University who studies hospital contract law. "That's what's driving all of this."

Some insurers and hospitals do provide online tools or apps that already can help individual patients estimate out-of-pocket costs for a service or procedure ahead of time. But research shows few patients use such tools. Also, many medical services are needed without much notice — think of a heart attack or a broken leg — so shopping for price simply isn't possible.

Administration officials say they want patients to have access to more information, including "advance EOBs" that outline anticipated costs before patients get nonemergency medical care. In theory, that would allow consumers to shop around for lower-cost care.

Not exactly. In January, new rules took effect under the Affordable Care Act that require hospitals to post online their "list prices." These are prices hospitals set and have little relation to actual costs or what insurers actually pay.

What's resulted are often confusing spreadsheets that contain thousands of a la carte charges — ranging from the price of medicines and sutures to room costs, among other things — that patients have to piece together (if they can) to estimate their total bill. Also, those list charges don't reflect the discounted rates insurers have negotiated, so they are of little use to insured patients who might want to compare prices from hospital to hospital.

In theory, at least, the information that would result from Trump's executive order would provide more detail based on negotiated, discounted rates.

Another limitation to the executive order: It applies only to hospitals and the medical staff they employ. Many hospitals are staffed by doctors who are not directly employed, or rely on laboratories that are also separate. That means negotiated prices for services provided by such laboratories or physicians would not have to be disclosed.

Q: How could consumers use this information?

In theory, consumers could get information in advance that would allow them to compare prices for, say, a hip replacement or knee surgery.

But that could prove difficult if the rates are not fairly hospital-specific, or if they are not lumped in with all the care needed for a specific procedure or surgery.

"They could take the top 20 common procedures the hospital does, for example, and put negotiated prices on them," Nation says. "It makes sense to do an average for that particular hospital, so I can see how much it's going to cost to have my knee replaced at St. Joe's versus St. Anne's."

Having advance notice of out-of-pocket costs could also help patients who have high-deductible plans.

"Patients are increasingly subject to insurance deductibles and other forms of substantial cost sharing. For a subset of so-called 'shoppable services,' patients would benefit from price estimates in advance that allow them to compare options and plan financially for their care," says John Rother, president and CEO at the advocacy group National Coalition on Health Care.

Q: Would the availability of this extra information push consumers to shop for health care?

The short answer is maybe.

"The evidence to date shows patients aren't necessarily the best shoppers, but we haven't given them the best tools to be shoppers," says Lovisa Gustafsson, assistant vice president at the Commonwealth Fund.

Posting negotiated rates might be a step forward, she says, but only if the information is easily understandable.

It's also possible that insurers, physician's offices, consumer groups or online businesses would find ways to help direct patients to the most cost-effective locations for surgeries, tests or other procedures based on the information.

"Institutions like Consumer Reports or Consumer Checkbook could do some kind of high-level comparison between facilities or doctors," says Tim Jost, a professor emeritus at the Washington and Lee University School of Law.

But some hospitals and insurers maintain that disclosing specific rates could backfire.

Hospitals charging lower rates, for example, might raise them if they see competitors are getting higher reimbursement from insurers. And insurers say they might be hampered in their ability to negotiate if rivals all know what they each pay.

"We also agree that patients should have accurate, real-time information about costs so they can make the best, most informed decisions about their care," the lobbying group America's Health Insurance Plans said in a written statement. "But publicly disclosing competitively negotiated, proprietary rates will reduce competition and push prices higher — not lower — for consumers, patients and taxpayers."