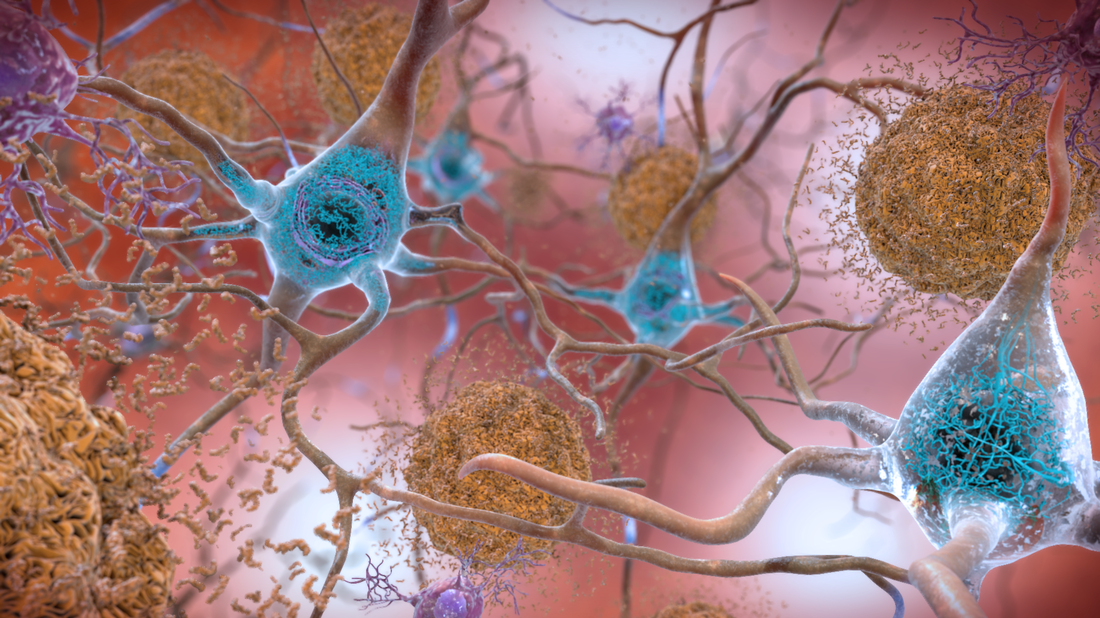 The squiggly blue lines visible in the neurons are an Alzheimer's biomarker called tau. The brownish clumps are amyloid plaques. Courtesy of the National Institute on Aging/National Institutes of Health hide caption 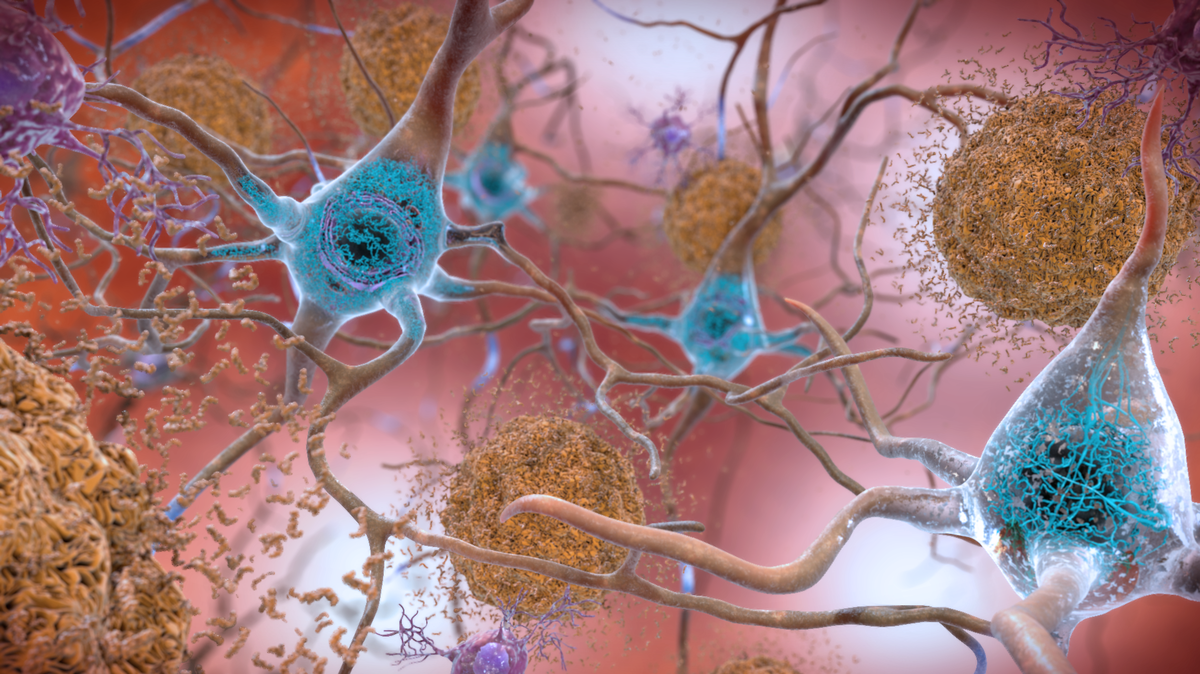 The squiggly blue lines visible in the neurons are an Alzheimer's biomarker called tau. The brownish clumps are amyloid plaques.

Alzheimer's disease begins altering the brain long before it affects memory and thinking.

So scientists are developing a range of tests to detect these changes in the brain, which include an increase in toxic proteins, inflammation and damage to the connections between brain cells.

"For the future, we hope that we might be able to use these biomarkers in order to stop or delay the memory changes from ever happening," says Maria Carrillo, chief science officer of the Alzheimer's Association. (The association is a recent NPR sponsor.)

The first Alzheimer's biomarker test was approved by the Food and Drug Administration in in 2012.

It's a dye called Amyvid that reveals clumps of a protein called amyloid. These amyloid plaques are a hallmark of Alzheimer's.

"I can now send a patient down the block to the radiology office and within 24 hours with 98% certainty I can tell people if they have Alzheimer's disease," Fillit says.

The test costs thousands of dollars, though, in part because it requires a PET scan of the brain. Also, Amyvid reveals only amyloid plaques, which are just one of the brain changes associated with Alzheimer's.

So the Alzheimer's Drug Discovery Foundation has launched an effort to speed up development of biomarkers that are cheaper and detect a wider range of brain changes.

One promising test detects the protein tau, which causes toxic tangles to form inside brain cells.

"The tangles represent the dying neurons," Fillit says, which means a biomarker for tau could make diagnosing Alzheimer's even more accurate. It could also help pharmaceutical companies assess experimental drugs meant to remove tau from the brain.

And eventually, scientists hope to use biomarkers in spinal fluid and blood to assess levels of both amyloid and tau in the brain. Those tests promise to be easier for patients, and less expensive to administer.

But even detecting amyloid and tau in the brain won't be enough, Fillit says. People can have high levels of both and still do pretty well until something else shows up in the brain: inflammation.

"It's like having the highest sensitivity computer up there and throwing coffee on it," Fillit says.

So researchers are working to identify biomarkers for inflammation.

They're also working on a biomarker that indicates the health of synapses, the connections between brain cells.

Weakening synapses are one of the surest signs of Alzheimer's, Fillit says. "So we're funding a clinical trial at a company that is going to use this biomarker as a measure of how well their drug is preserving synapses in the hippocampus of people with Alzheimer's disease."

Biomarkers for Alzheimer's are still a work in progress. For example, they will have to be tested in many different populations.

"What may represent as a biomarker in one population may not actually hold true in another, and we've seen this in other diseases," says the Alzheimer Association's Carrillo.

Also, biomarkers still don't offer a reliable way to measure a person's mental function. They only reveal the brain changes that are associated with loss of memory and difficulty thinking.

Even so, over time the arrival of new markers should make treating Alzheimer's more like treating other diseases, Carrillo says.