Accessibility links
More Rural Patients Using Telehealth — If They Can Afford It : Shots - Health News Advances in online tech are revolutionizing health care, with patients now emailing doctors, filling prescriptions or even getting therapy via a video session. But what if you can't afford broadband? 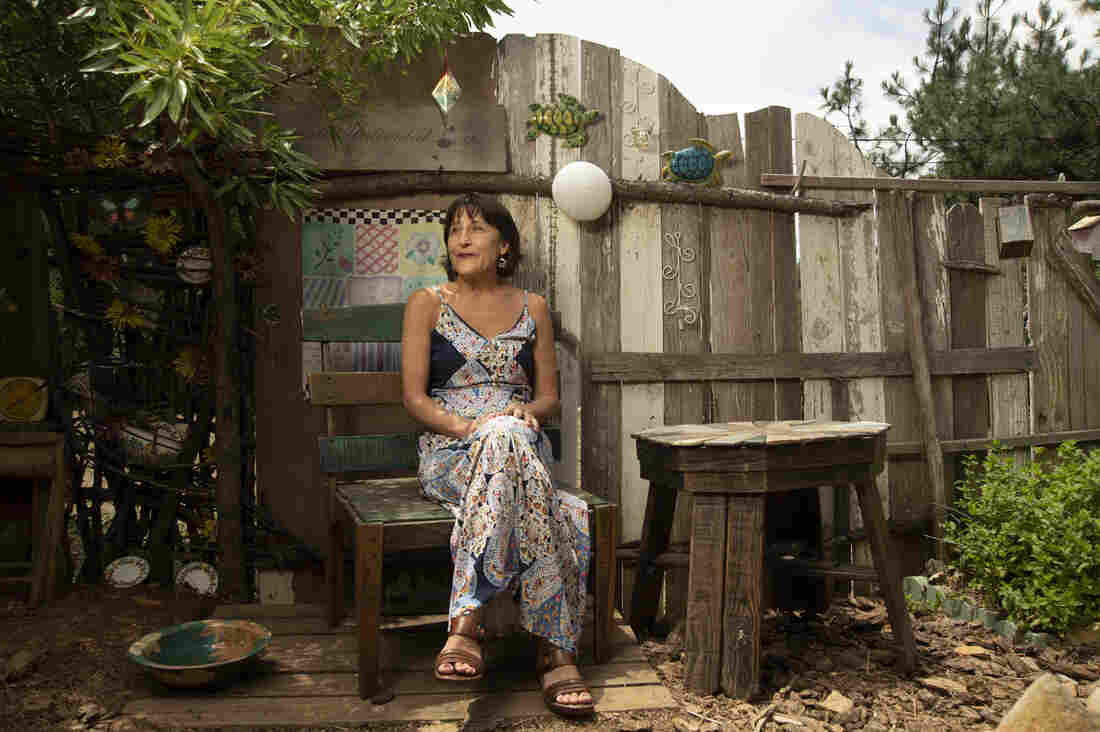 After a difficult time in her life, Jill Hill knew she needed therapy. But it was hard to get the help she needed in the rural town she lives in, Grass Valley, Calif., until she found a local telehealth program. Salgu Wissmath for NPR hide caption 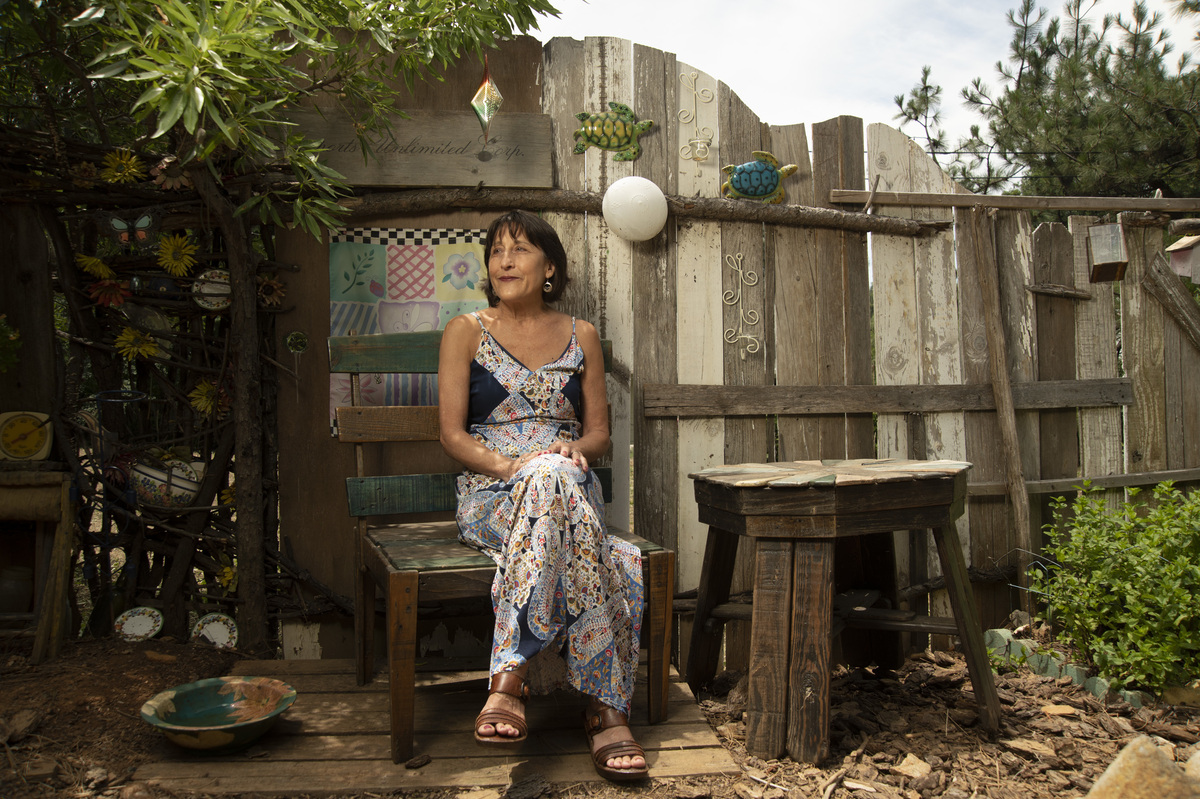 After a difficult time in her life, Jill Hill knew she needed therapy. But it was hard to get the help she needed in the rural town she lives in, Grass Valley, Calif., until she found a local telehealth program.

The 63-year-old lives on the edge of rural Grass Valley, an old mining town in the Sierra Nevada foothills of northern California. She was devastated after her husband Dennis passed away in the fall of 2014 after a long series of medical and financial setbacks.

"I was grief-stricken and my self-esteem was down," Hill remembers. "I didn't care about myself. I didn't brush my hair. I was isolated. I just kind of locked myself in the bedroom."

Hill says knew she needed therapy to deal with her deepening depression. But the main health center in her rural town had just two therapists. Hill was told she'd only be able to see a therapist once a month.

Then, Brandy Hartsgrove called to say Hill was eligible via MediCal (California's version of Medicaid) for a program that could offer her 30-minute video counseling sessions twice a week. The sessions would be via a computer screen with a therapist who was hundreds of miles south, in San Diego.

Hartsgrove co-ordinates telehealth for the Chapa-de Indian Health Clinic, which is a 10-minute drive from Hills's home. Hill would sit in a comfy chair facing a screen in a small private room, Hartsgrove explained, to see and talk with her counselor in an otherwise traditional therapy session.

Hill thought it sounded "a bit impersonal;" but was desperate for the counseling. She agreed to give it a try. 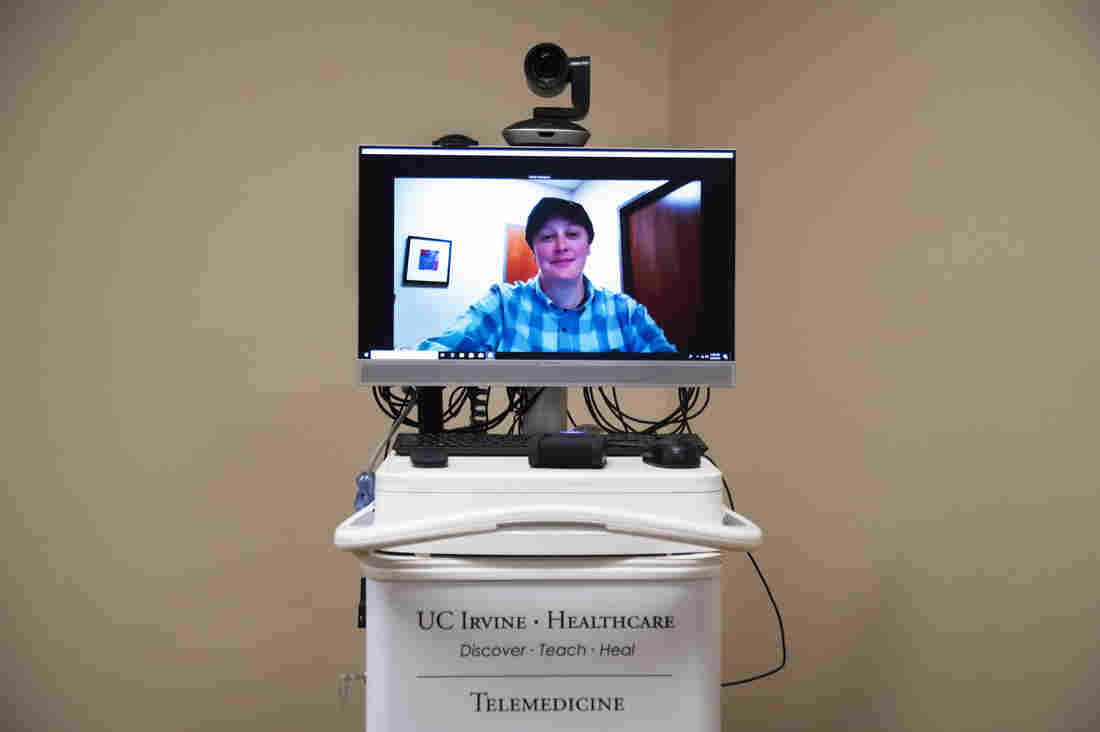 Hill is one of a growing number of Americans turning to telehealth appointments with medical providers in the wake of widespread hospital closings in remote communities, and a shortage of local primary care doctors, specialists and other providers.

Long-distance doctor-to-doctor consultations via video also fall under the "telehealth" or "telemedicine" rubric.

Those survey findings are part of the second of two recent polls on rural life and health conducted by NPR, the Robert Wood Johnson Foundation and the Harvard T.H. Chan School of Public Health.

The Chapa-de clinic offers telehealth services not only for consultations in behavioral health and psychiatry, but also in cardiology, nephrology, dermatology, endocrinology, gastroenterology and more. 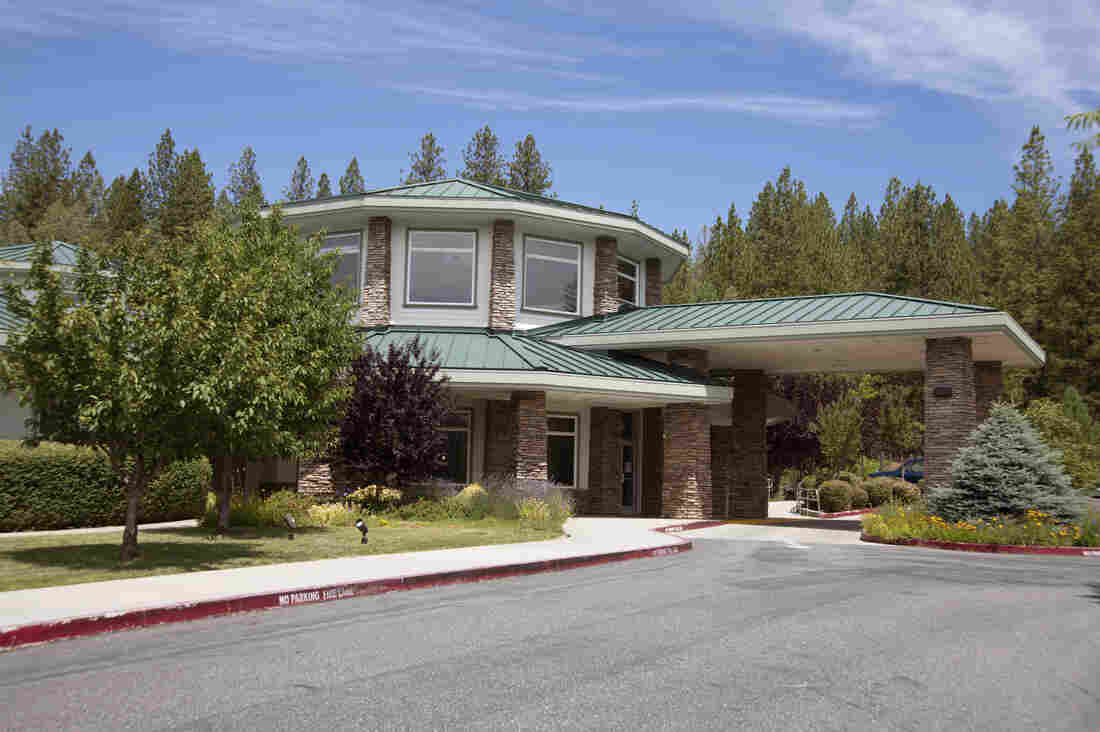 Hill feels fortunate; she knows most rural health facilities don't include telehealth services, which means most patients living in remote areas would need their own broadband internet access at home to get therapy online.

And that's out of reach for many, says Robert J. Blendon, co-director of NPR's poll and professor of health policy and political analysis at the Harvard Chan School.

The poll found that one in five rural Americans say getting access to high-speed internet is a problem for their families.

Blendon says advances in online technology have brought a "revolution" in healthcare that has left many rural patients behind.

"They lose the ability to contact their physicians, fill prescriptions and get follow-up information without having to go see a health professional," he says.

"We're able to put the telemedicine cart [virtually] at the patient's bedside," Marcin says, "and within minutes our physicians are able to see the child and talk with the family members and help assist in the care that way."

If not for telehealth, Marcin says, the costs of getting what should be routine care "are significant barriers for those living in rural communities."

"We have patients that drive to our Sacramento offices and they have to drive the night before," he says, "and spend the night in a hotel because it's a five-hour trip each way." And there are additional costs for many patients, he says, such as childcare services, and missed days of work.

With telehealth, "a video is truly worth a thousand words," he says; it can mean patients don't have to make costly time-consuming trips to see a specialist.

Though Hill initially had reservations about meeting with a therapist online, she says she's been amazed by how helpful the sessions have been.

"She gives me assignments and works me really hard," Hill says, "and I have grown so much — especially just in the last few months."

Her latest assignment in therapy: writing down positive characteristics of herself. Initially, she could only come up with three: loyalty, compassion and resilience. But the therapist questioned that, and encouraged Hill to consider that there might be more. 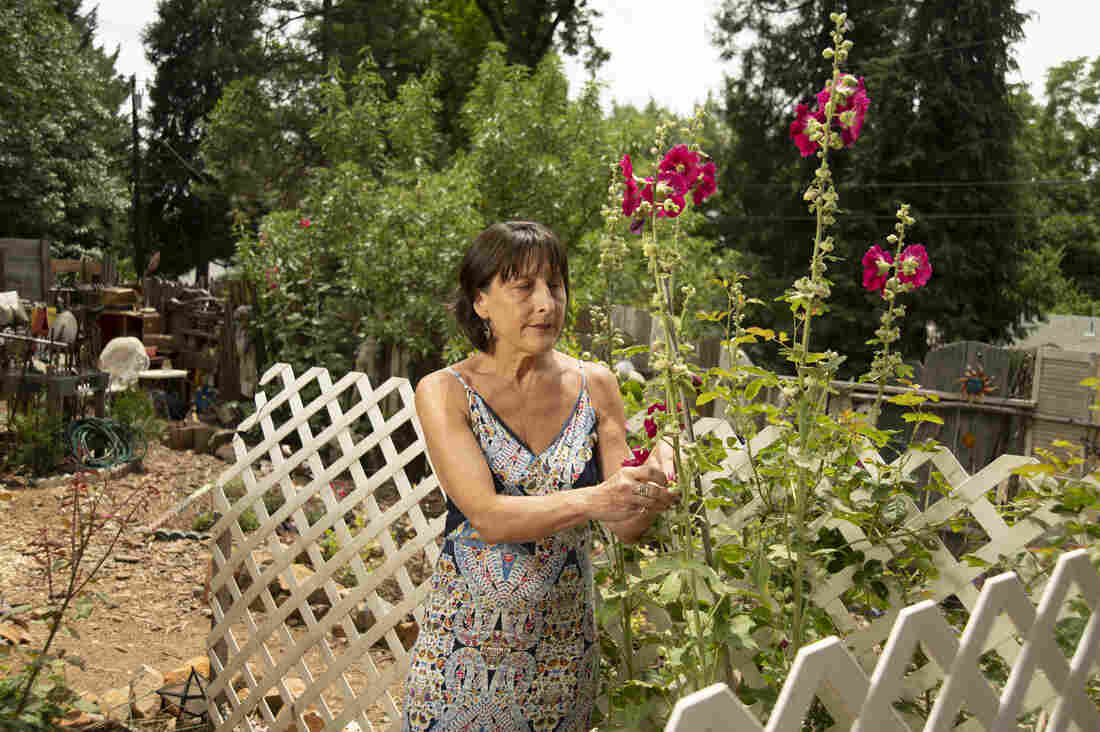 Hill says she's in a 'super growth" mode these days psychologically, and says the support she's received in therapy has been key to that. She speaks with a clinical psychologist via a telehealth session twice a week for 30 minutes, and completes assigned homework in between those appointments. Salgu Wissmath for NPR hide caption

"She wanted 10," says Hill, who proceeded to work through some other issues and talk more with therapist. "Now I've got like 15 at least," Hill says, "and I keep adding to the list; once I started writing things down, I started really seeing that I have a lot of strengths I didn't even know I had."

Attorney Mei Kwong, executive director of the Center for Connected Health Policy in Sacramento, says telehealth services have the potential to remove many barriers to good health care in rural America.

But policies that regulate which telehealth services get paid for "lag way behind the technology," Kwong says. Many policies are 10 to 15 years behind what the technology is able to do, she says.

For example, high-resolution photos can now be taken – and sent anywhere digitally — of skin conditions that many doctors say are better than "the naked eye looking at the condition," she says. But the policies on the books of what Medicare, Medicaid and private insurers will pay for often means these services are not fully covered.

That's unfortunate, Kwong says, especially for underserved communities where there is a shortage of specialists.

Changes are starting to be made in state, federal and private insurance policies, Kwong says. But it's "slow going."