Accessibility links
Travis Rieder's 'Pain' Tells Of Bioethicist's Lonely Struggle To Quit Opioids Alone : Shots - Health News When medical bioethicist Travis Rieder tried to taper off pain medication after a roadway accident, he was disappointed by his doctors' reaction: "Everybody had a reason to send me to somebody else." 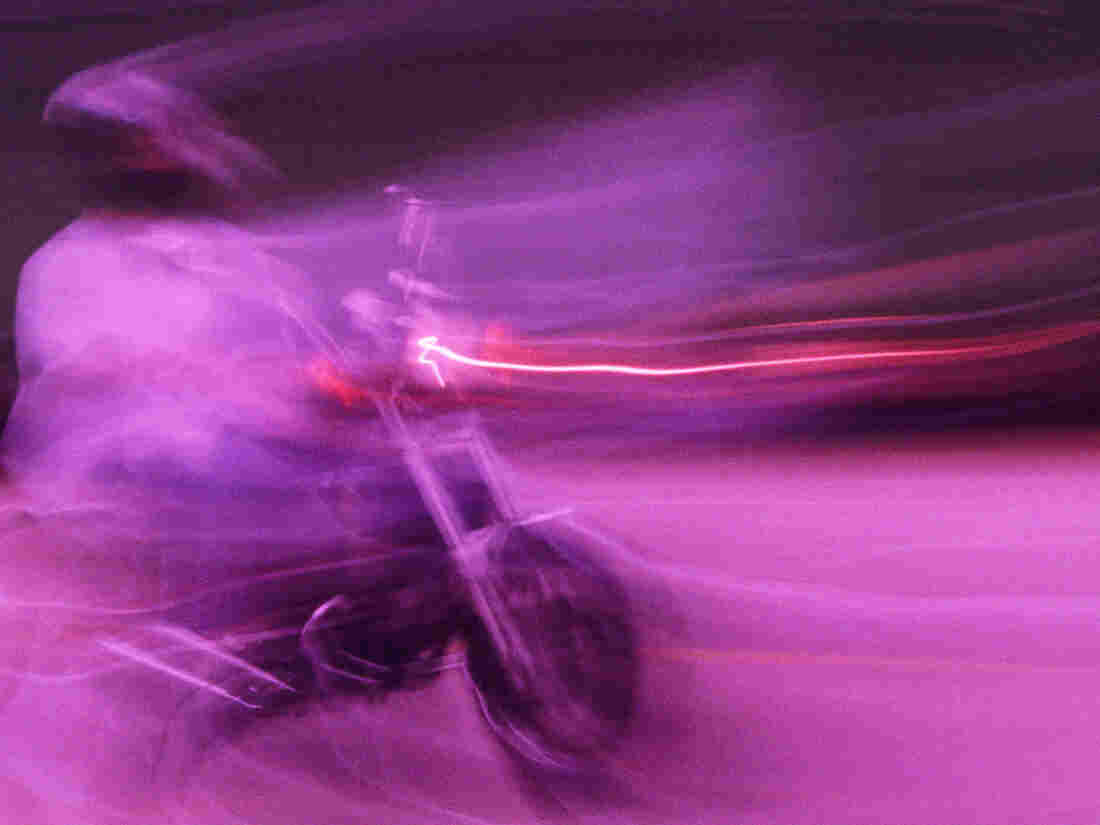 Travis Rieder, author of In Pain: A Bioethicist's Personal Struggle With Opioids, says none of the doctors who prescribed opioids for his waves of "fiery" or "electrical" pain taught him how to safely taper his use of the drugs when he wanted to quit. Stockbyte/Getty Images hide caption 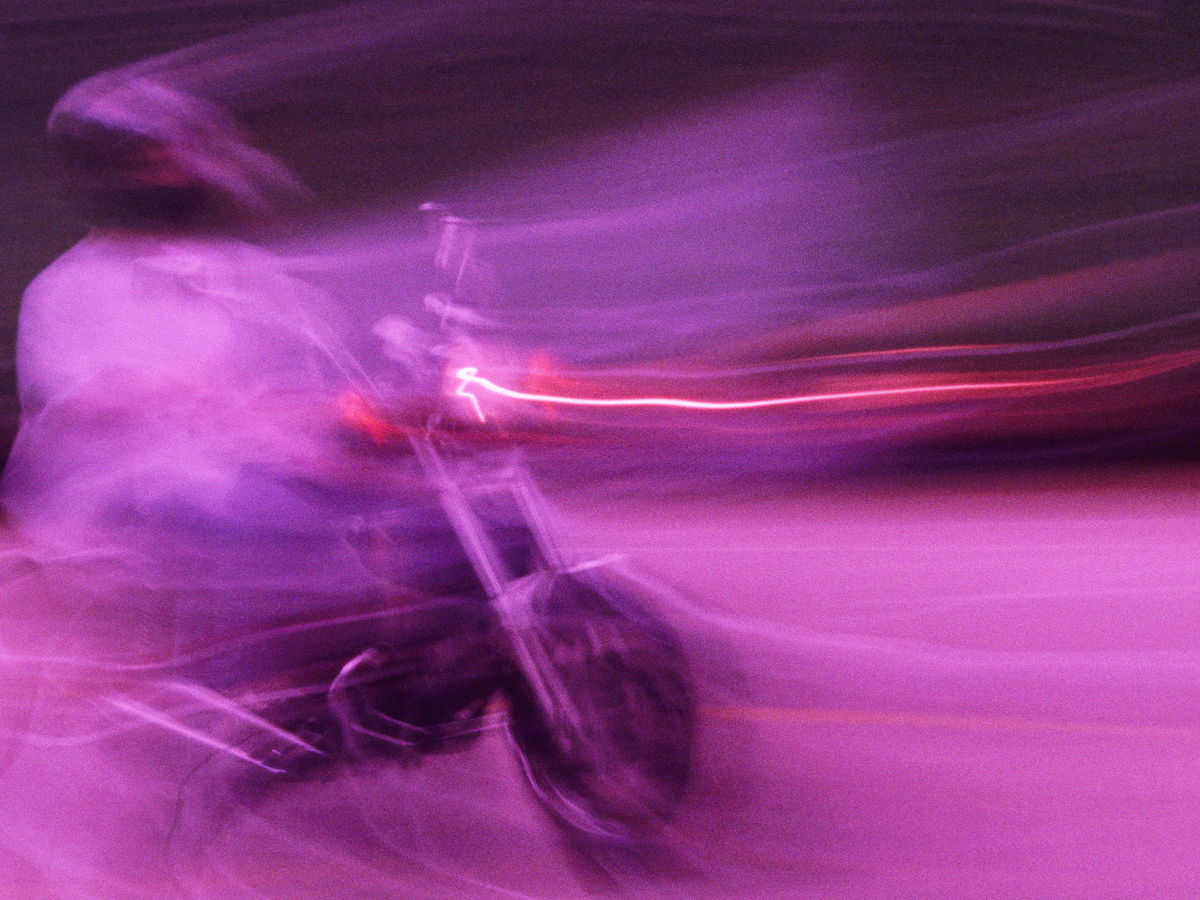 Travis Rieder, author of In Pain: A Bioethicist's Personal Struggle With Opioids, says none of the doctors who prescribed opioids for his waves of "fiery" or "electrical" pain taught him how to safely taper his use of the drugs when he wanted to quit.

In 2015, Travis Rieder, a medical bioethicist with Johns Hopkins University's Berman Institute of Bioethics, was involved in a motorcycle accident that crushed his left foot. In the months that followed, he underwent six different surgeries as doctors struggled first to save his foot and then to reconstruct it.

Rieder says that each surgery brought a new wave of pain, sometimes "searing and electrical," other times "fiery and shocking." Doctors tried to mitigate the pain by prescribing large doses of opioids, including morphine, fentanyl, Dilaudid, oxycodone and OxyContin. But when it came time to taper off the drugs, Rieder found it nearly impossible to get good advice from any of the clinicians who had treated him.

"We called everybody, and a bunch of them wouldn't even talk to me," he says. "And this includes the pain management team. They would not speak with me, and the message they sent through a nurse was, 'We prescribe opioids but we don't help with tapering.' "

Rieder likens his experiences trying to get off prescription pain meds to a game of hot potato. "The patient is the potato," he says. "Everybody had a reason to send me to somebody else."

Eventually Rieder was able to wean himself off the drugs, but not before receiving bad advice and going through intense periods of withdrawal. He shares his insights as both a patient and a bioethicist in a new book, In Pain: A Bioethicist's Personal Struggle With Opioids. 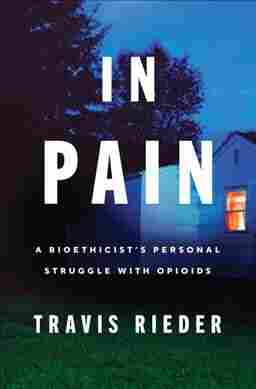 A Bioethicist's Personal Struggle With Opioids

On what happened when he tried tapering opioids after an ill-advised consultation with a plastic surgeon, who recommended abruptly reducing his dosage

He didn't know what he was talking about; that wasn't his area of expertise. He just tried to think of something that was reasonable — and he would eventually admit this, so this isn't too much editorializing — but we went home and the next day we dropped the first dose and it immediately sent me into withdrawal. ... It got worse over the first few days, and so we start to get really freaked out, because I feel like I've got the worst flu I've ever had multiplied by some order of magnitude. And I'm thinking, I have an entire month of this to get through. And so [my partner and I] get pretty freaked out.

I asked myself that question every day, every hour for a very long time. And once I transitioned from being an opioid patient to being an opioid researcher the answer I came to was something like "a lot of doctors don't know, so this is just a knowledge gap." So this is probably the best description of my plastic surgeon. He just had no idea how to do this. And that's understandable, because clinicians — doctors — don't get a lot of pain education in medical school. It's not required — a bunch of them get zero — and, on average, you only get a handful of hours. So there's a knowledge gap for sure.

On being sent to an addiction clinic

We called addiction clinics and they very nicely and very gently said, "Boy, you are not our job. We're dealing with people who might die from a heroin overdose anytime they get turned away. We're triaging here. You just took too many pain meds. You just need your prescriber to get you off them."

Opioids are dirt cheap, because a bunch of them have been off patent for decades, and these other sorts of therapies can be really expensive. ... A lot of what I was supposed to do to help that pain was physical therapy. Physical therapy stopped getting coverage by my insurance when I turned over the new year. And I no longer hit my deductible, so it was too expensive. So I stopped. Because I was a relatively new faculty member — I couldn't afford it. And so I keep thinking, well, surely a bunch of other people would also struggle to pay for this.

So there are all of these different methods for handling pain that they could be arrows in the quiver of medicine, but they're hard. They get covered less. They're expensive. And so what do we know about opioids? Well, they're incredibly cheap. Morphine is a couple cents per dose. And they are easy. You give them to the patient, the patient feels better immediately. You give pills to a patient who comes in complaining about pain, they leave happy. So this really led me to investigate this, like, deep system of perverse incentives that have pushed us toward just prescribing opioids instead of doing something more integrative and holistic.

Now we're all very concerned about the opioid epidemic — when there have been people of color dying from heroin disproportionately for a really long time, and we just don't talk about it. And we treated them like criminals. That's a travesty. It's absolutely tragic. It's a stain on our response to drugs in this country. My story is not the only one that matters. Stories that look like mine aren't the only ones that matter. People take drugs for a reason. And whether you started with oxycodone or with heroin, if you were medicating something and it hurt you, and you ended up dying from overdose, your life matters. And we need to just kind of announce that loudly every time we have this conversation.

Lauren Krenzel and Seth Kelley produced and edited this interview for broadcast. Kelley, Bridget Bentz and Deborah Franklin adapted it for the Web.