Accessibility links
Roughly 20% Of U.S. Hospice Programs Cited For Serious Deficiencies, Inspectors Say : Shots - Health News Two new reports from the U.S. Department of Health and Human Services have found widespread problems in hospice care and say the government needs to open its scorecards on hospice care to the public. 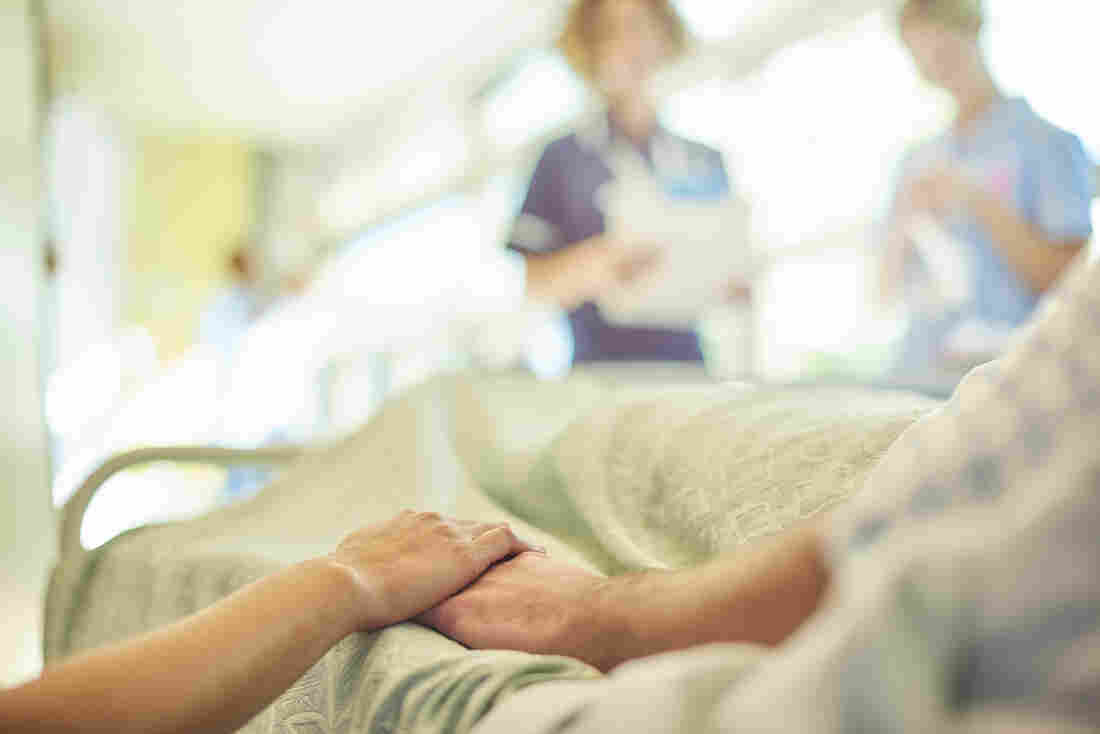 From 2012 through 2016, federal health inspectors cited 87% of U.S. hospices for deficiencies. And 20% had lapses serious enough to endanger patients, according to two new reports from the HHS Inspector General's Office. sturti/Getty Images hide caption 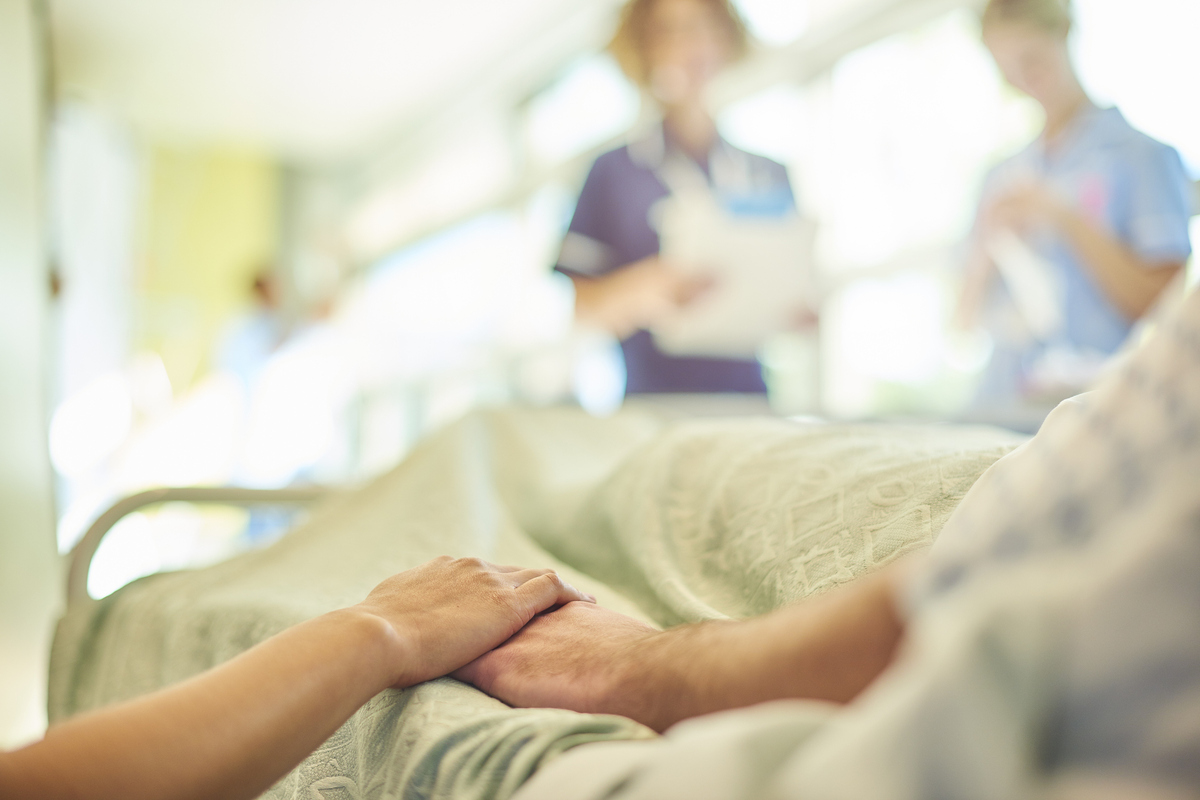 From 2012 through 2016, federal health inspectors cited 87% of U.S. hospices for deficiencies. And 20% had lapses serious enough to endanger patients, according to two new reports from the HHS Inspector General's Office.

We all hope for some peace and comfort at the end of life. Hospices are designed to make that possible, relieving pain and providing emotional and spiritual support. But two new government studies released Tuesday morning find that the vast majority of hospices have sometimes failed to do that.

And there's no easy way for consumers to distinguish the good hospices from the bad.

The reports are the government's first to look at hospice deficiencies nationwide. The Office of the Inspector General in the Department of Health and Human Services found that from 2012 through 2016, health inspectors cited 87% of hospices for deficiencies. And 20% of hospices had lapses serious enough to endanger patients.

A Good Life And A Good Death: What Is Palliative Care?

Deputy Regional Inspector General Nancy Harrison cites the case of a patient who had untreated bed sores, or pressure ulcers, on both heels.

In the dry terminology of government reports, this is called "poor care planning." And having plans of care developed in conjunction with the patient and the patient's family, Harrison says, is a fundamental requirement of hospice.

"So when we discover that hospices are not doing them, there is reason for concern," she says.

For example, there's the case of Karen Bishop Collings and her 85-year-old dad, Dean Bishop. Though Bishop had chronic lung disease, he'd been doing OK and living independently. Then, last winter, he was hospitalized with pneumonia. When he was transferred to a residential care facility to recuperate, he began receiving hospice services. That was a surprise to his daughter.

"We only agreed to pre-assessment of his conditions, to even see if he qualified for hospice or palliative care," she says.

Collings has shared some of her father's medical records with NPR, and they verify her recollection. The hospice never held a meeting with Bishop or the family to establish a care plan. So Collings was shocked when hospice workers gave her father two new medications: morphine and the anti-anxiety drug Ativan.

"We knew something distressing had happened," she says. "His whole physicality and mental capacity was completely altered."

If this hospice had previously been cited for deficiencies, Collings would have had a hard time finding out. The Centers for Medicare & Medicaid Services, or CMS, doesn't make that information available on Hospice Compare, its website for consumers, even though the agency has the authority to post at least some of that data.

"We live in a time when we don't even think about booking a hotel without checking its ratings and reviews," says Harrison. "Why do we demand less for hospices?"

The reports also highlight that the options CMS has for disciplining hospices are few. The agency can drop substandard hospices from the Medicare program altogether. But it lacks the legal authority to assess fines. It would take an act of Congress to give CMS that power.

In response to the Inspector General's Office reports, CMS issued a written statement that the agency "has zero tolerance for abuse and mistreatment of any patient." The statement also says that the agency has added consumer feedback to the Hospice Compare website. Nancy Harrison thinks that's not enough.

"There are a lot of great hospices out there," Harrison says. "There are a lot of highly skilled, committed professionals who are dedicated to helping others leave this life in comfort and with dignity — and the public should know about them."

The amount of money that Medicare spends on hospice services has roughly doubled since 2006. But Harrison says this isn't just a matter of taxpayer dollars.

You're only going to die once, she says. It's important that things go right.

In previous audio and Web versions of this story, we misidentified the deputy regional inspector general. She is Nancy Harrison, not Katherine Harris.