Accessibility links
Trouble Sleeping? Try A Warm Bath To Cool Down : Shots - Health News Research suggests a warm bath or shower an hour or two before bedtime can help you unwind and fall asleep faster. Why? It will help lower your core temperature, and that's a circadian sleep signal. 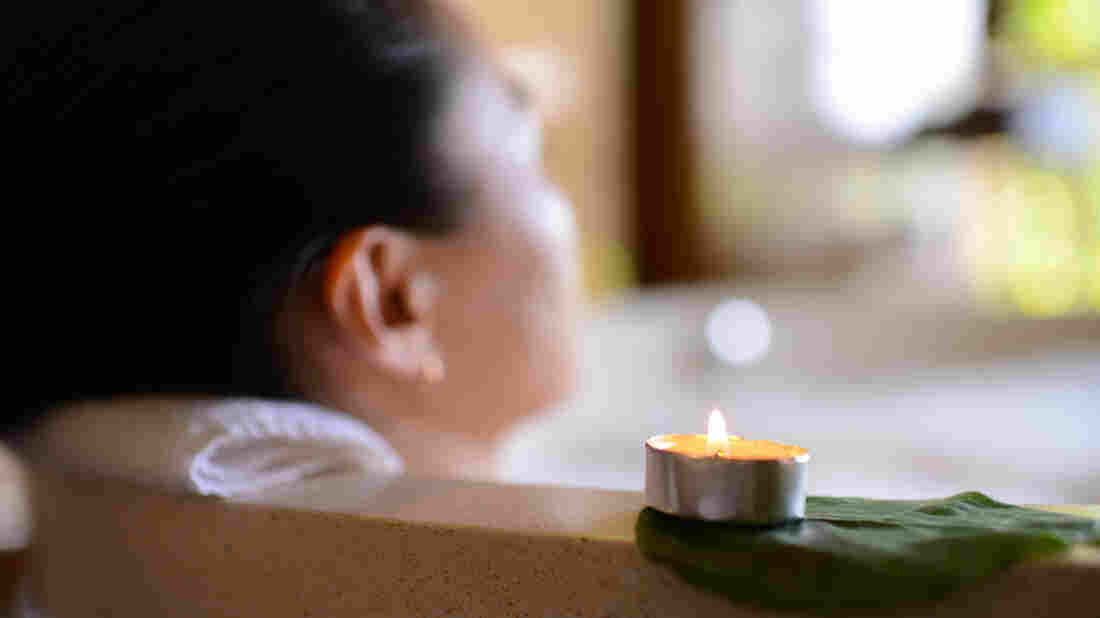 Sleep scientists say the power of a warm bedtime bath to trigger sleepiness likely has to do, paradoxically, with cooling the body's core temperature. PhotoTalk/Getty Images hide caption 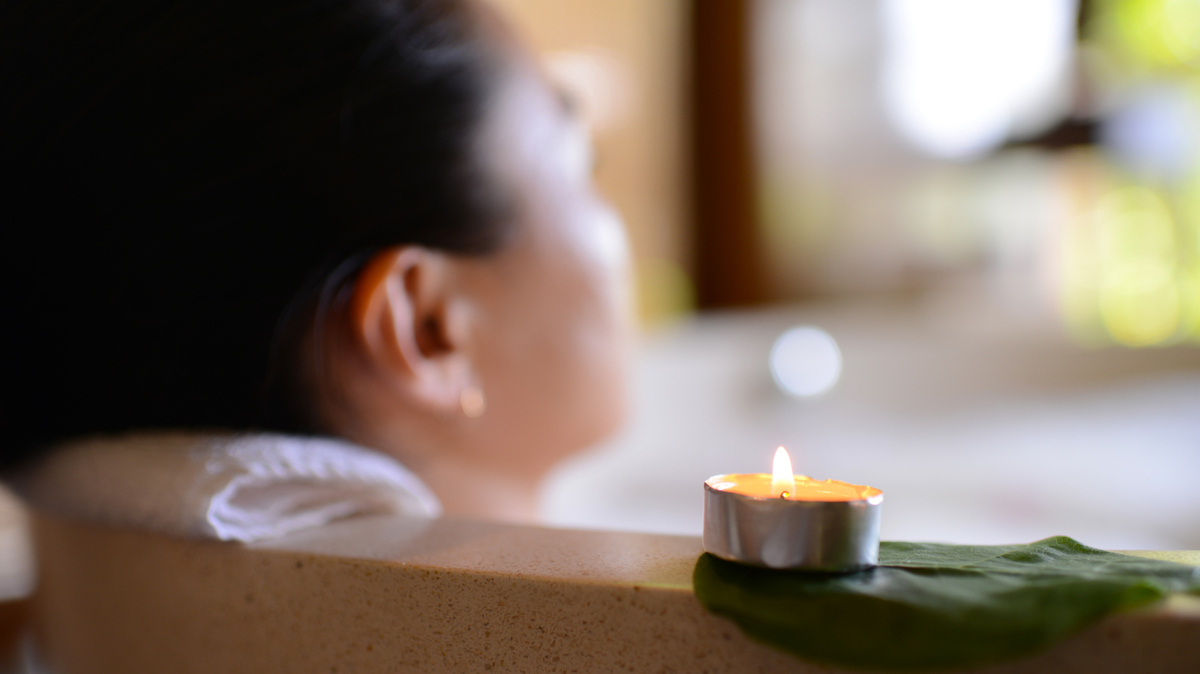 Sleep scientists say the power of a warm bedtime bath to trigger sleepiness likely has to do, paradoxically, with cooling the body's core temperature.

Graduate student Shahab Haghayegh has long had trouble sleeping. But when the biomedical engineering student began his doctoral program at the University of Texas at Austin five years ago, his issues worsened. "I would go to bed at 3 or 4 a.m. and wake up at 8 a.m.," he says. The exhausted Haghayegh was getting an average of just 4 or 5 hours sleep a night.

After years of near constant fatigue, he tried a bedtime home remedy: "I started using warm baths," he says. This seemed to help — actually, a lot. These days, Haghayegh says, he's able to fall asleep at midnight, getting three or four more hours of sleep per day.

From Insomnia To Sexsomnia, Unlocking The 'Secret World' Of Sleep

Taking a warm bath or shower has long been associated with relaxation. But Haghayegh was more interested in scientific evidence, and wanted to see if he could optimize the soothing soak approach. An analysis he and several colleagues conducted of the research literature on the topic, published in the August issue of Sleep Medicine Reviews, suggests that either a warm bath or shower before bed can help a person fall asleep and improve sleep quality — even in the heat of summer. And the optimum time to take one, he says, might be an hour or two before going to bed.

The method is thought to work by augmenting the body's temperature rhythm over 24 hours. Our core body temperature changes throughout the day, as governed by an inborn body clock (though this clock can shift for people who have circadian rhythm disorders, work the nightshift or are jetlagged.) We tend to gradually cool by evening time, before we go to sleep. Augmenting that natural cooling of the body's core temperature, apparently, may be a way to promote sleep.

"There's actually good science behind this," Matthew Walker, a neuroscientist and sleep specialist at the University of California, Berkeley, tells Allison Aubrey and the team from NPR's Life Kit podcast episode on better sleep rituals.

"We know that your core body temperature needs to drop by about 2 to 3 degrees Fahrenheit to initiate good sleep and then maintain deep sleep," says Walker, the author of Why We Sleep. "The way it works is this: For you to get your heat out of the core of your body, you actually need to release that core heat through the outer perimeter surfaces of your body, namely your hands and your feet.

"And this is why hot baths actually work ... for the opposite reason most people think," Walker adds. "You get into a hot bath, you get out, you think I'm nice and toasty, I get into bed and I fall asleep better because I'm warm. The opposite is true. What happens with a bath ... is you actually bring all of the blood to the surface. And your hands and your feet are wonderful radiators of that heat. So you are essentially like a snake charmer — you are charming the heat out of the core of your body to the surface of your body."

In their research review, Haghayegh and his colleagues examined results from 17 studies that met criteria for their analysis, i.e. studies that looked at using warm water exposures of various types to aid sleep onset and quality. Some involved body baths, some involved footbaths and one involved a shower. Thirteen of the studies had the full amount of data needed for a quantitative review.

Based on scientists' review of these studies, a bath or shower of about 104 degrees Fahrenheit before bedtime that lasted for as little as 10 minutes was significantly associated with improved sleep quality, and increased the overall amount of time slept. In at least a couple of studies, taking a bath one or two hours before bedtime decreased the average amount of time it took the study participants to fall asleep — by about nine minutes.

That's a far cry from Haghayegh's three hours of extra shut-eye, but is still statistically significant, he says.

Nappuccinos To Weekend Z's: Strategize To Catch Up On Lost Sleep

Haghayegh and his colleagues are currently at work on a mattress that can help control the body's temperature throughout the night — including warming in the morning to facilitate an easier wake-up.

The study's results, while not the final word, might already be useful clinically, says Dr. Sarah Stolz, one of the medical directors of the Sleep Medicine program at Swedish Hospital in Seattle. She points to a study she recently read on zolpidem, a drug better known by its brand name, Ambien.

In that study, she says, patients who used zolpidem fell asleep about 16 minutes faster than a placebo group after eight months of use. That's only about seven minutes faster than the result a warm bath achieved, and the latter doesn't carry the risk of chemical dependence.

"I'd rather tell my patients, 'why not just take a hot bath or shower?' " Stolz says. "And now I know [they should] take it one to two hours before bed."